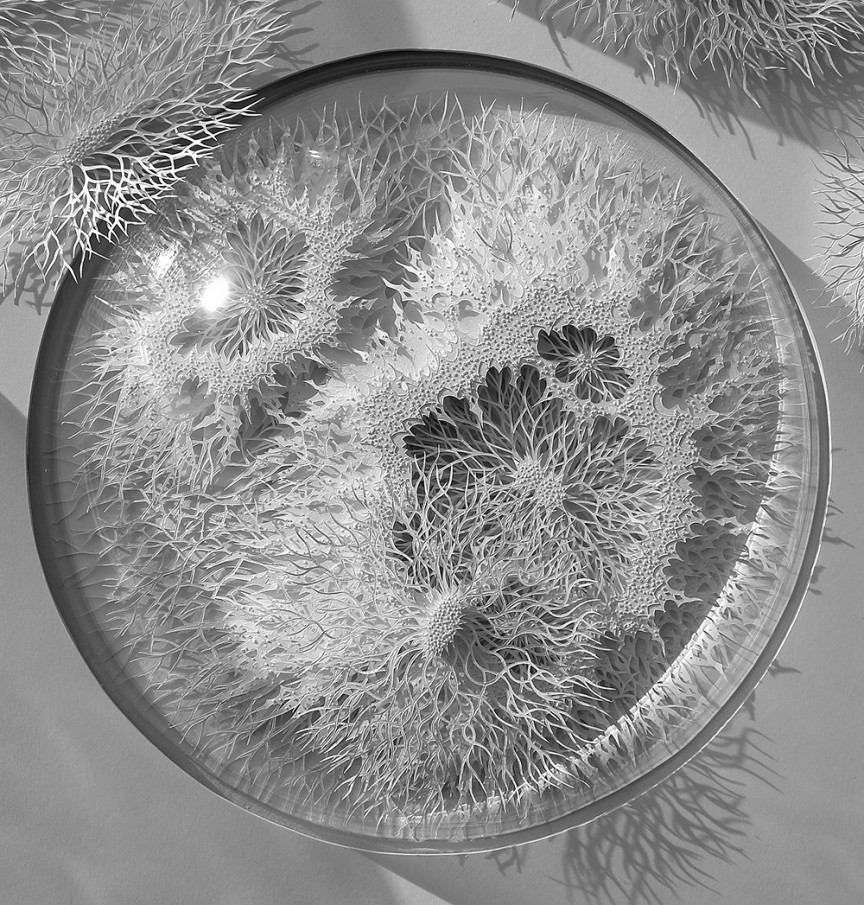 Rogan Brown is an emerging, self-taught artist who works with paper to create precise interpretations of biological organisms. While Brown’s sculptures are monochromatic, their life-like delicacy, intricacy and relief are anything but boring. He captures a hidden world, often only seen through the lens of a microscope; connecting humans and nature in texture and light. Brown’s work has garnered him notable attention, and he is currently an artistic adviser to the Eden Project, an ecological education centre based in the United Kingdom.

As a science-inspired artist, he collaborates with researchers and other artists to curate exhibitions and programs, all with central themes exploring microbiological mysteries and our connections to an unseen environment. His installation, Outbreak includes eight sculptures to illustrate the human body at it’s smallest scale. 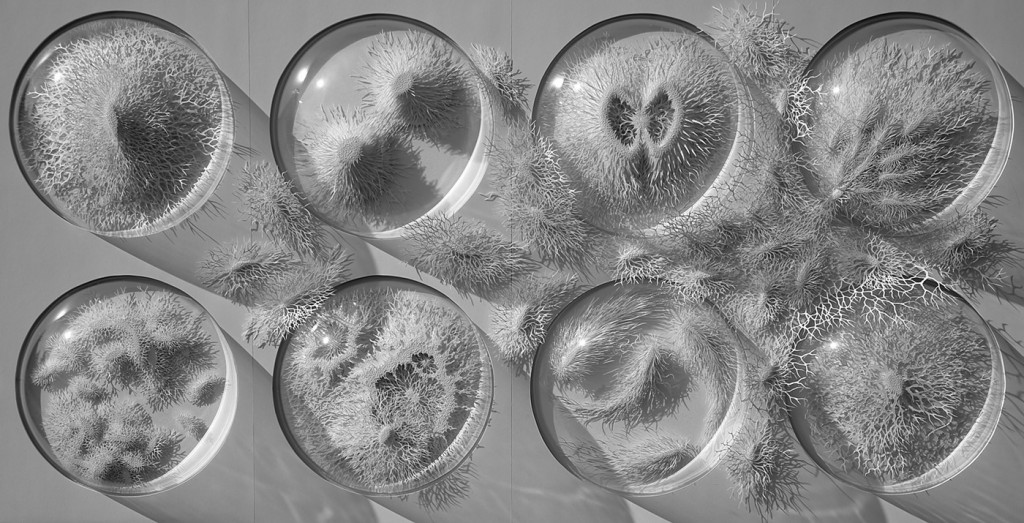 Brown’s artistic statement captures his inspiration, process and the science behind his works. He says:

“My work plays with the architecture of nature and organic growth. By identifying patterns and motifs that occur in the natural world in different contexts and at different scales, both macroscopic and microscopic, I have developed a formal, aesthetic vocabulary that I use to construct hybrid sculptural forms, half real, half surreal.”

He continues, describing the inspiration behind “Outbreak” thusly:

“Outbreak is an imagined representation of the human body at its smallest scale; eight sculptures painstakingly hand cut from layers of humble paper, one delicate organic material used to describe another. It was inspired by a seminar I attended with a group of scientists researching the bacteria that colonizes the human body, otherwise known as the Human Biome. My objective was to create a piece that showcases the beauty of the bacterial world in order to modify our negative perception of bacteria, as the overwhelming majority of the microbes that inhabit us are beneficial, helping our bodies to function by breaking down food, extracting vitamins and fighting illnesses.” 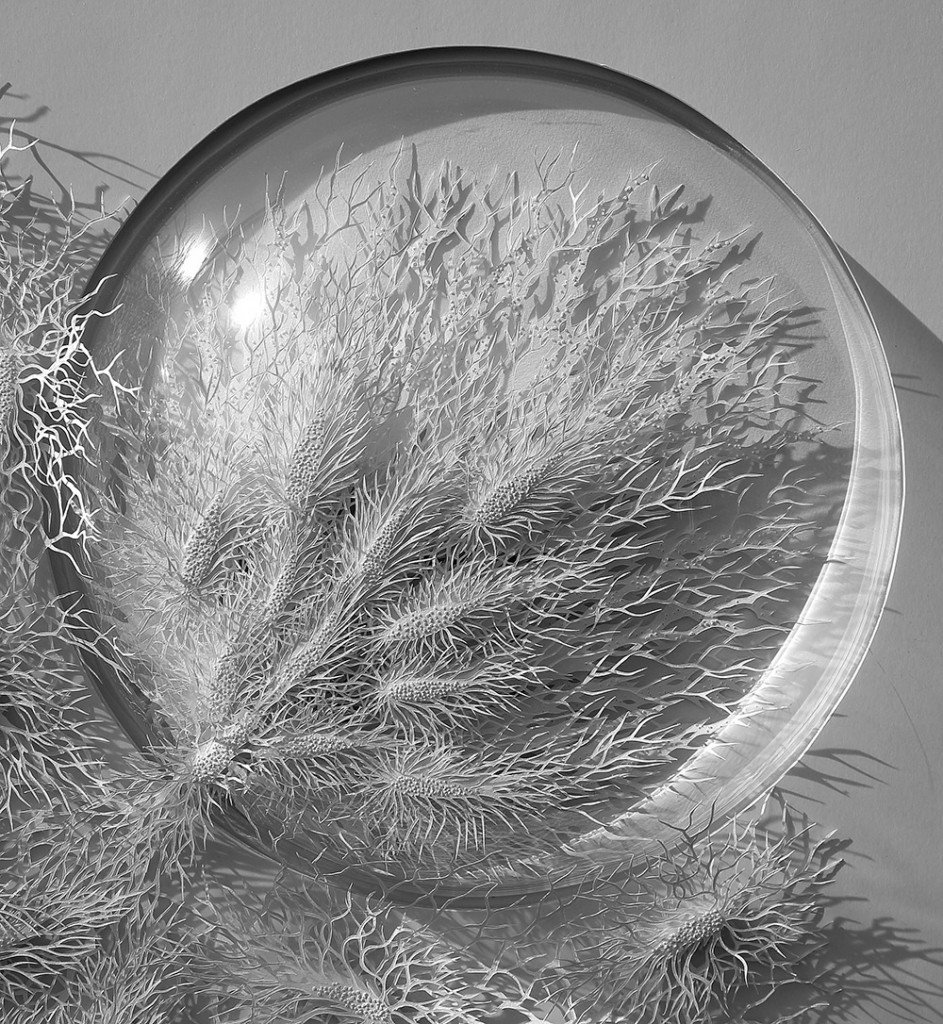 Brown’s work is highly acclaimed. He’s won “Best Installation” at the UK National Open Art Competition in 2013, another Florence-Shanghai Prize in Sculpture/Instillation categories and later Shanghai’s Present Art Festival in the summer of 2014. Brown’s work has caught the attention of numerous online and physical gallery spaces. Most recently, his work “Cut Microbe” exhibited at the Eden Project’s “The Invisible You: The Human Microbiome,” which explores “the Human Biome, that is the colony of bacteria that lives in and on our bodies.”

Beyond Outbreak, Brown’s work highlights the beauty of Microbiology, Pathology, Reef Biology, Paleontology, Entomology, Geology and Physical Geography. Ultimately, the delicacy of the sculptures reflect the fragility of life at every scale – from the microscopic bacterium found in our intestines, to massive geographical land masses. These sculptures illustrate the limitless boundaries of our imagination and places perspective on our relatively as humans in a complex world of biological and nonbiological wonders.