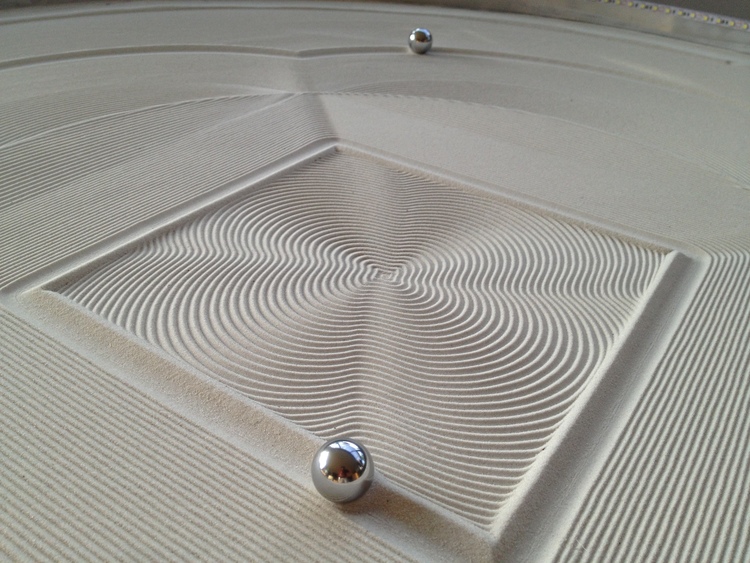 Bruce Shapiro is the master of motion control. A former physician turned artist, Shapiro engineered the table-top Sisyphus Machine; a scientific display that illustrates controlled movements right before audiences’ eyes. As an artist, he combines several applications, such as robotics and computerized numerical control (CNC), to be used for kinetic artistic expression.

Shapiro explains that the Sisyphus Machine’s movements are inspired by the famous Greek myth. He says: “for the crime of cheating death, Sisyphus must push his boulder up the mountain only to have it roll back down each day. For all eternity.” Using polar coordinates to create patterns, the Sisyphus machines are xy-coordinate devices using magnets and motorized arms to move metal balls precisely over a garden of sand. Computer programs control the patterns carved through the plate, creating stunning patterns, intricate loops and swirls all a meditative speed. 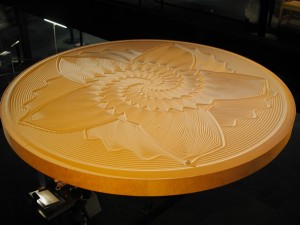 Shapiro’s artistic statement explains his methodology behind the Sisyphus Machine:

“I grew up enchanted by music, electronics,  and making things.  I pursued a career in medicine and spent several years as a practicing physician.  My childhood interests in building were rekindled when I first brought home a 286 computer and discovered I could use it to control motors from discarded floppy drives.

My first attempt to share my “mastery” over this rapidly evolving industrial technology, was a fiasco:  I assembled 10-20 family members, friends, and pets into my basement shop, and made them watch two stepper motors sitting on a table, faithfully rotating “flags” of tape stuck to their shafts.

EggBot (1990), my first art robot, was created out of necessity (to convince others I wasn’t completely losing my mind).  Since then I have devoted myself to using motion control for making art and education tools.” 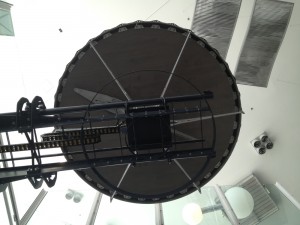 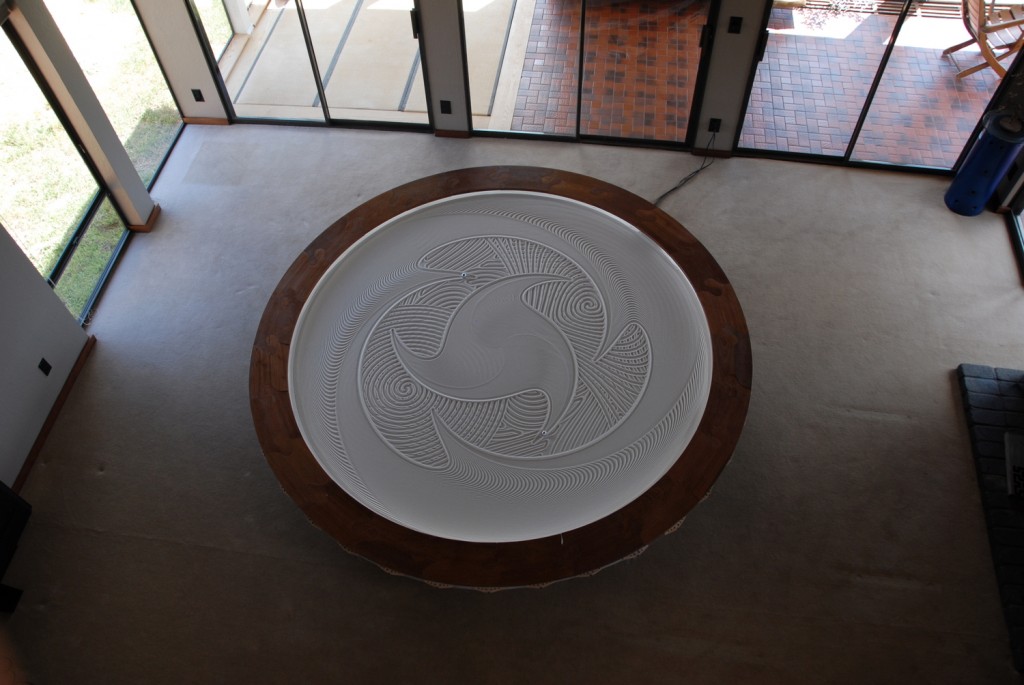 Several of the Sisyphus Machines are in permanent and travelling locations around the world, including Germany, Australia and Poland. Sisyphus III (created in 2003) was 10 feet in diameter and weighed nearly half a metric ton. Drawing from Computer Science, Physics and Engineering, Shapiro’s works are a staple in many science museums and even corporate offices and homes. He has even taken his work into classrooms to educate children and teenagers about the importance of motion control in their everyday lives as it shapes their worlds. The beauty and art of motion defines the Machine’s purpose as it visualizes movement in an aesthetically pleasing way and blurs the lines between science, technology and art.