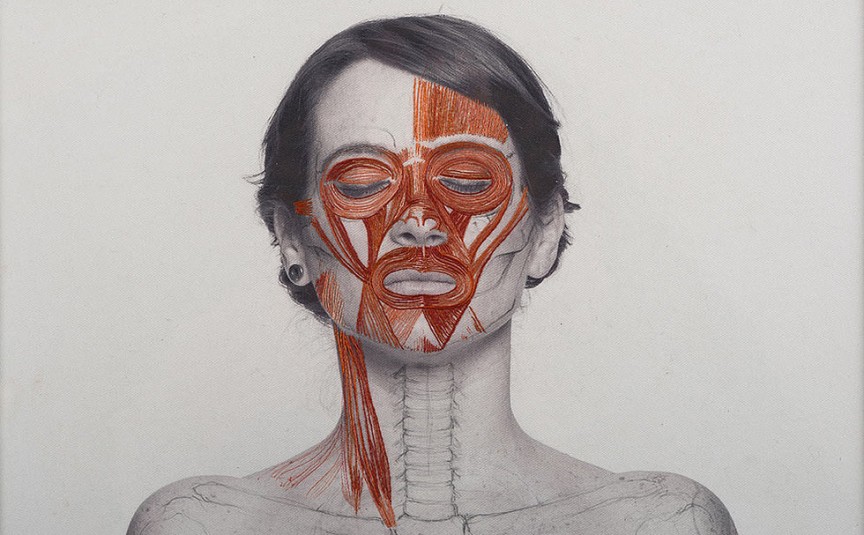 The series Constructal, by Juana Gómez:

“This series explicitly a part of us that we can never see directly, but underlying our daily life processes. These embroideries are based on the repetition of a structure governing the organic and inorganic world and explain the complexity of shapes that arise in nature. Its iconic shape is the tree, which is replicated in our internal organs, nervous and blood systems in the course of rivers and communication networks and transportation. Constructal theory seeks to explain all these phenomena, whose survival depends on its ability to maximize the flow altering its shape” (Translated from Spanish). 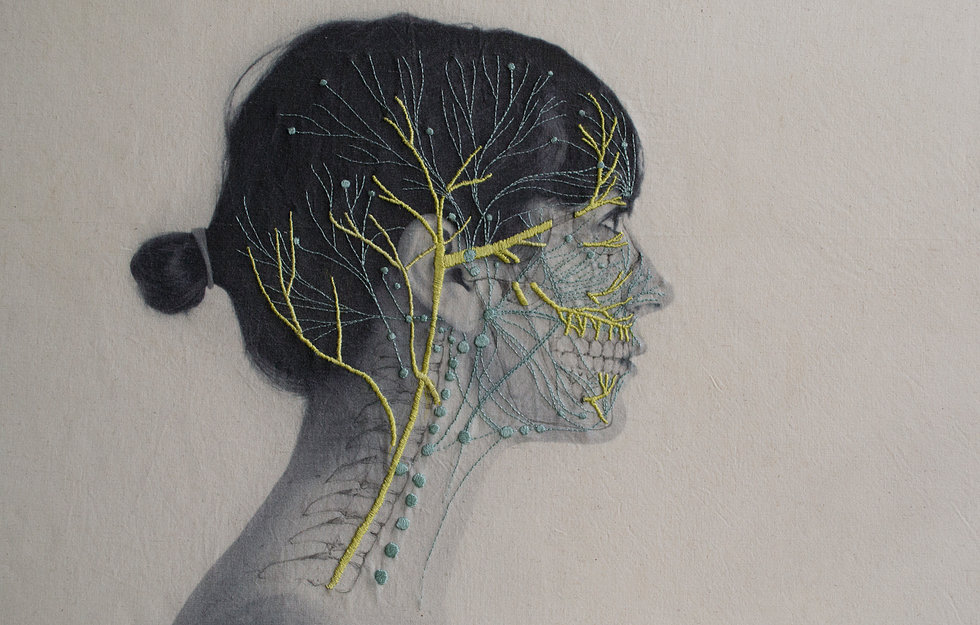 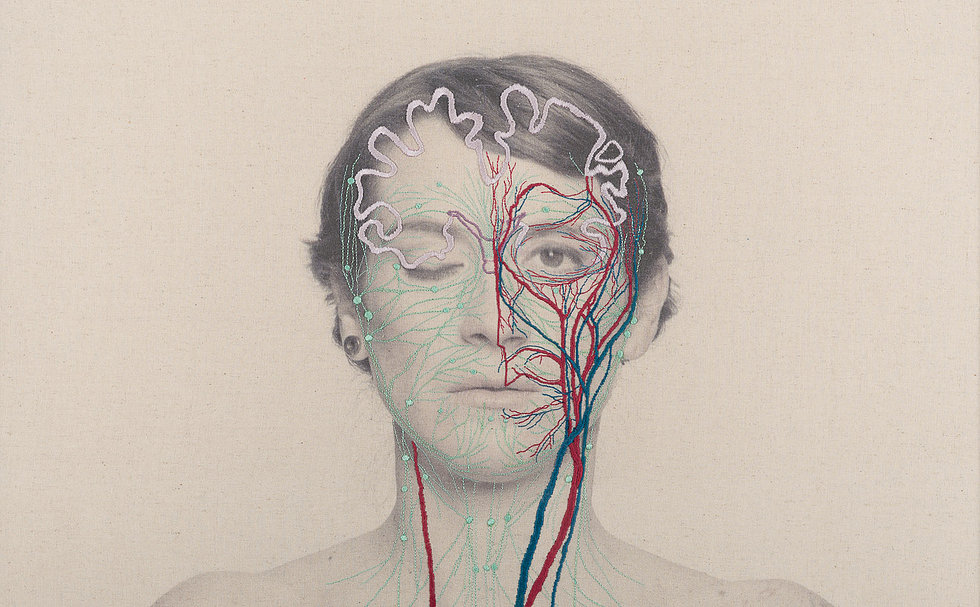 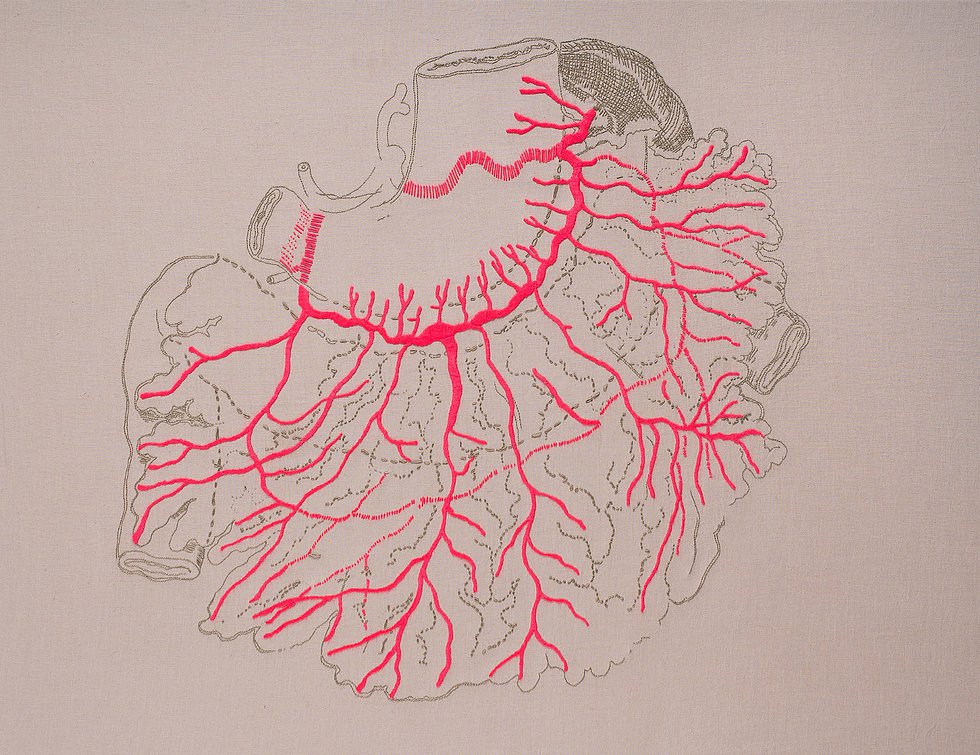