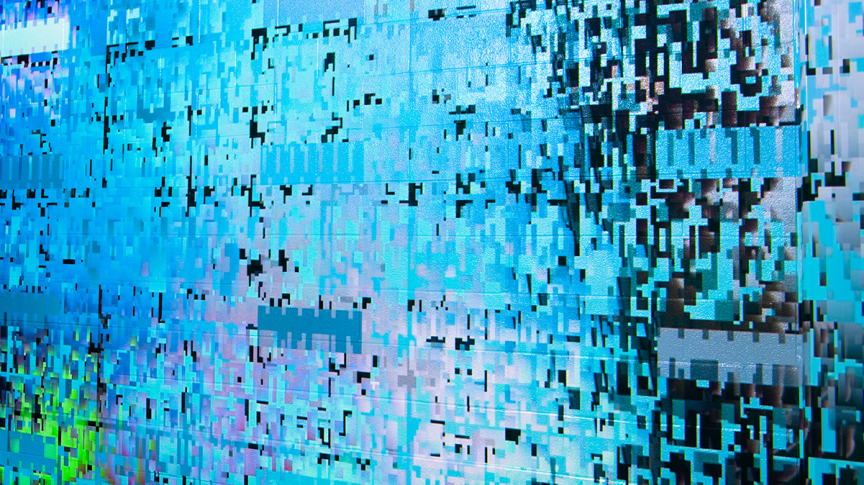 “Casey Reas writes software to explore conditional systems as art. Through defining emergent networks and layered instructions, he has defined a unique area of visual experience that builds upon concrete art, conceptual art, experimental animation, and drawing. While dynamic, generative software remains his core medium, work in variable media including prints, objects, installations, and performances materialize from his visual systems.

This documentation video captures a few minutes of a continuous, generative collage. KNBC (November 2015) is an audio and visual distortion of television signals broadcast during December 2015 over the 602-608 MHz spread of the electromagnetic spectrum from a tower located at 34°13′32″N, 118°3′52″W. The signals were captured and archived at the artist’s studio in Los Angeles. The edited signal is looped continuously as the data are extracted, amplified, and composed into a new stochastic audiovisual stream. The sound was created by Philip Rugo.” 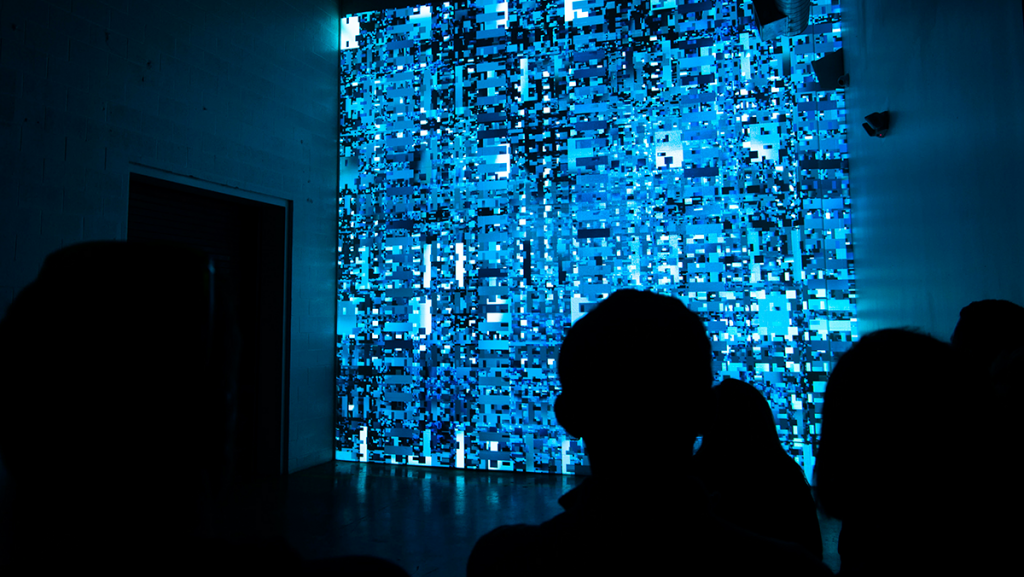 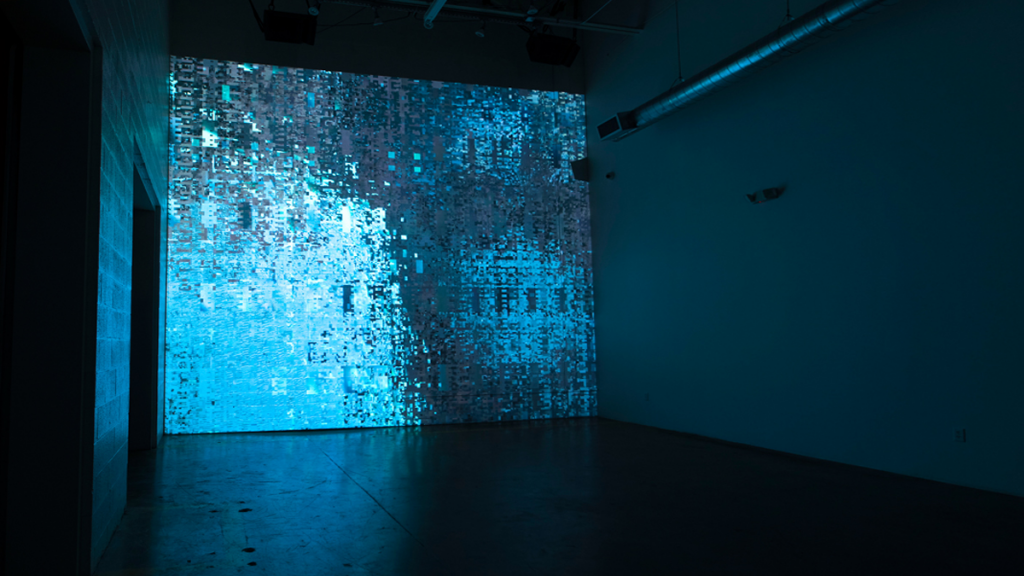 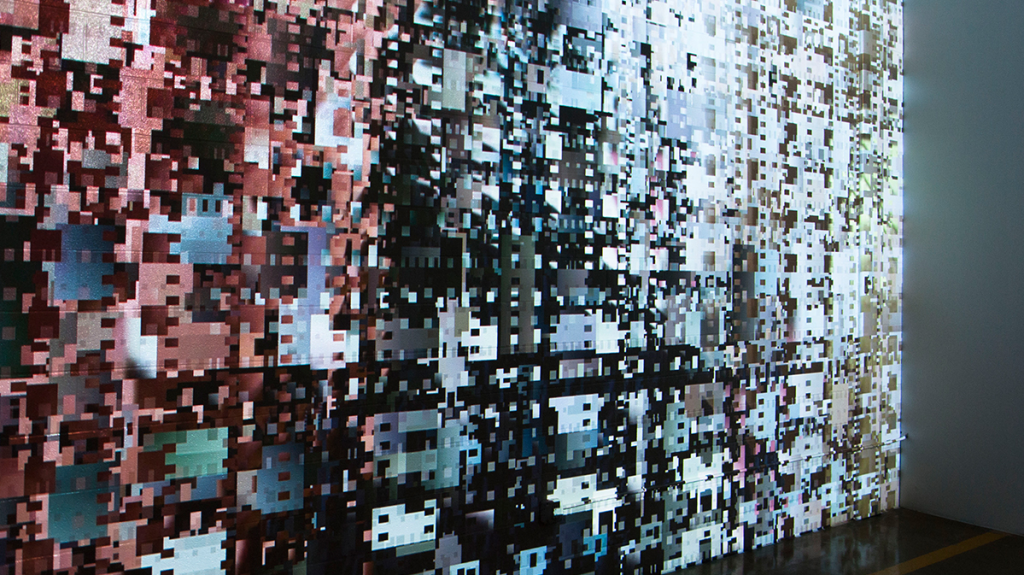 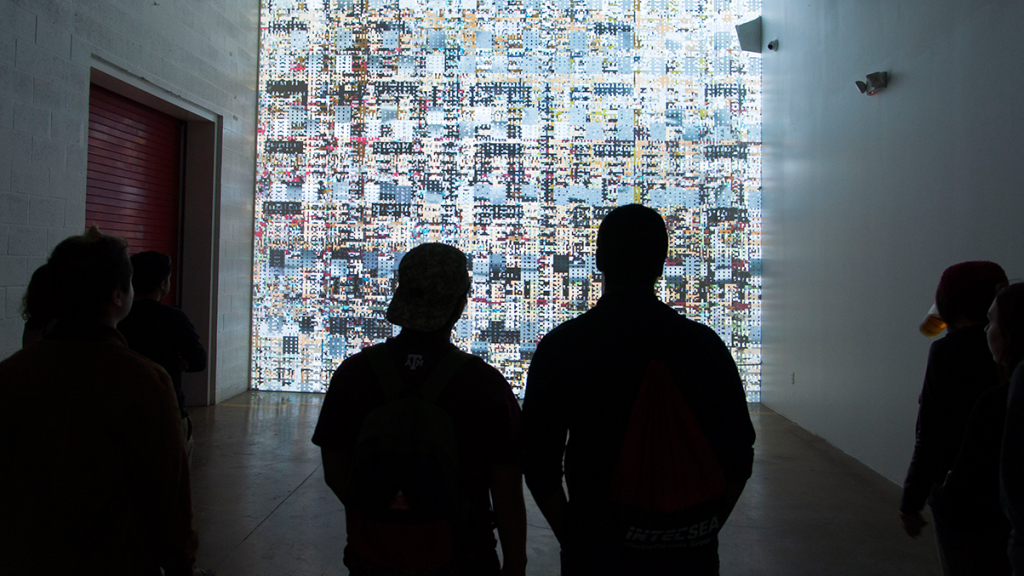 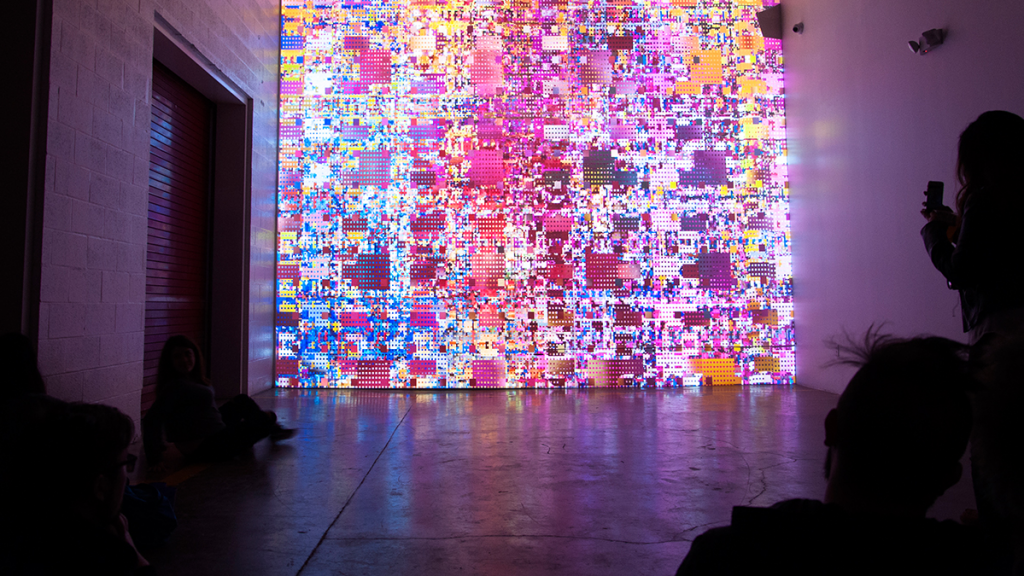