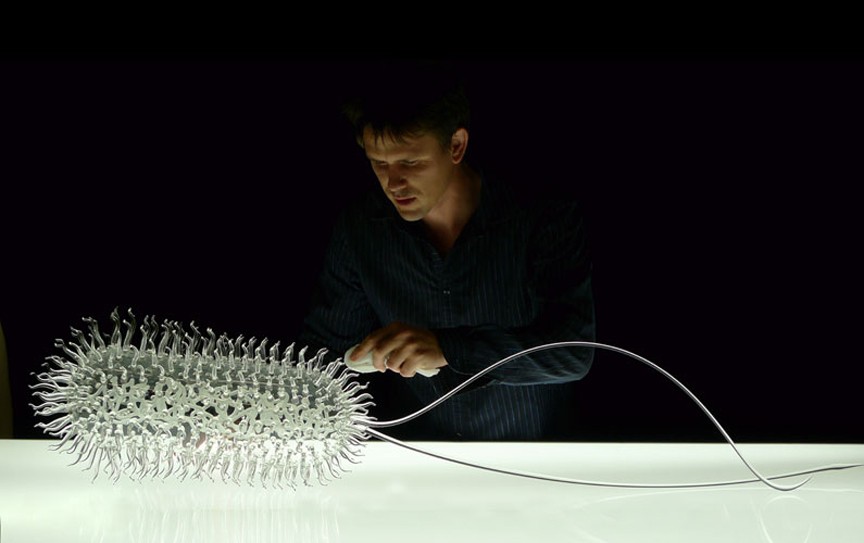 “Glass Microbiology is a body of glass work which has been developed by artist Luke Jerram since 2004. Made to contemplate the global impact of each disease, the artworks are created as alternative representations of viruses to the artificially coloured imagery received through the media. In fact, viruses have no colour as they are smaller than the wavelength of light. By extracting the colour from the imagery and creating jewel-like beautiful sculptures in glass, a complex tension has arisen between the artworks’ beauty and what they represent.

The Glass Microbiology sculptures are in museum collections around the world, including The Metropolitan Museum, NYC, The Wellcome Collection, London and The Museum of Glass, Shanghai. They are also regularly displayed in exhibitions around the globe and also sold to private collectors. In 2010, Jerram received the 25th Rakow Award for the series from The Corning Museum of Glass, New York. In 2009, his sculptures were presented at The Mori Museum, Tokyo and in 2015 his sculptures were presented at ArtScience Museum, Singapore alongside Leonardo Da Vinci’s Codex Atlanticus.

The sculptures are designed in consultation with virologists from the University of Bristol, using a combination of different scientific photographs and models. They are made in collaboration with glassblowers Kim George, Brian Jones and Norman Veitch.” 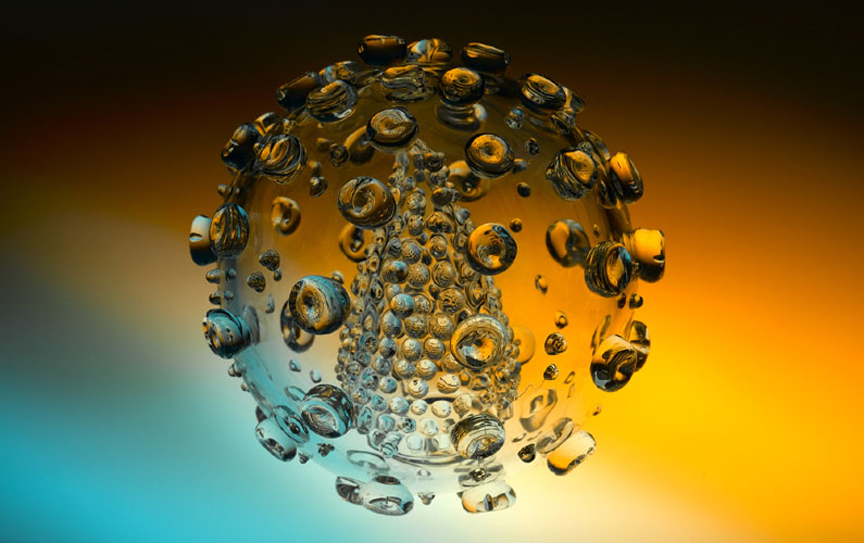 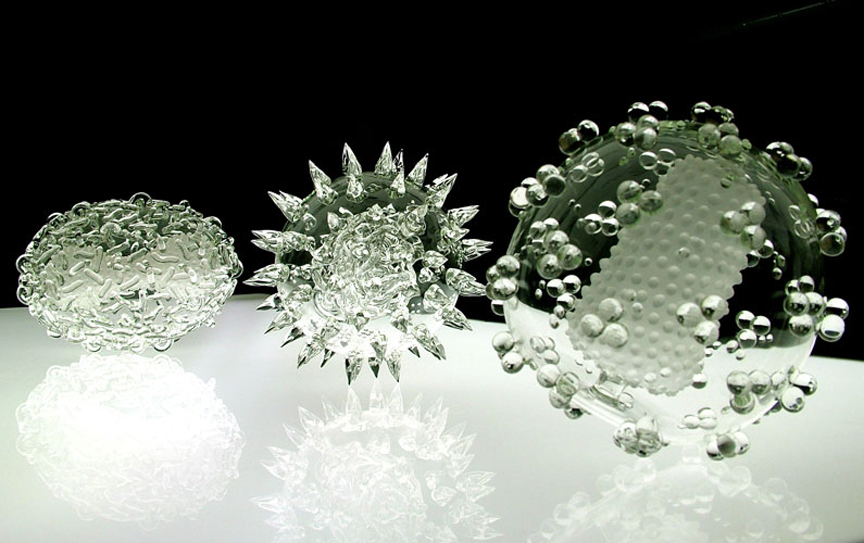 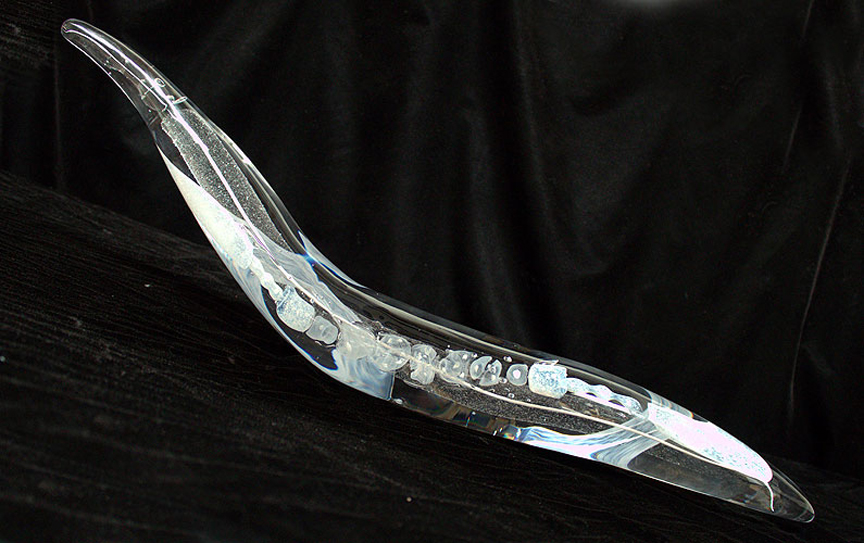 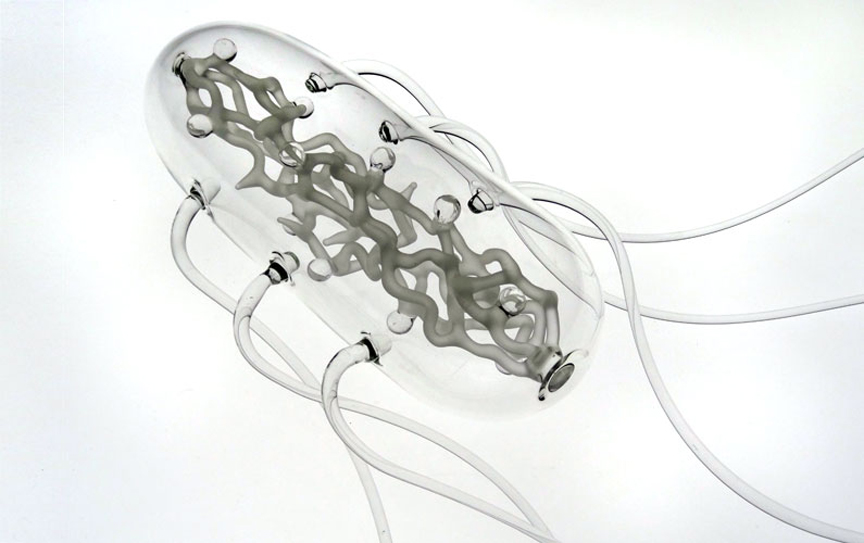 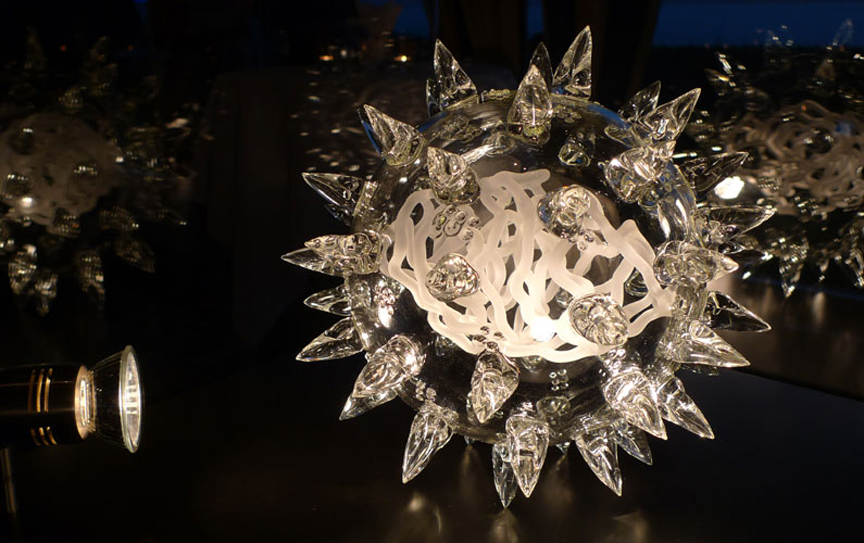 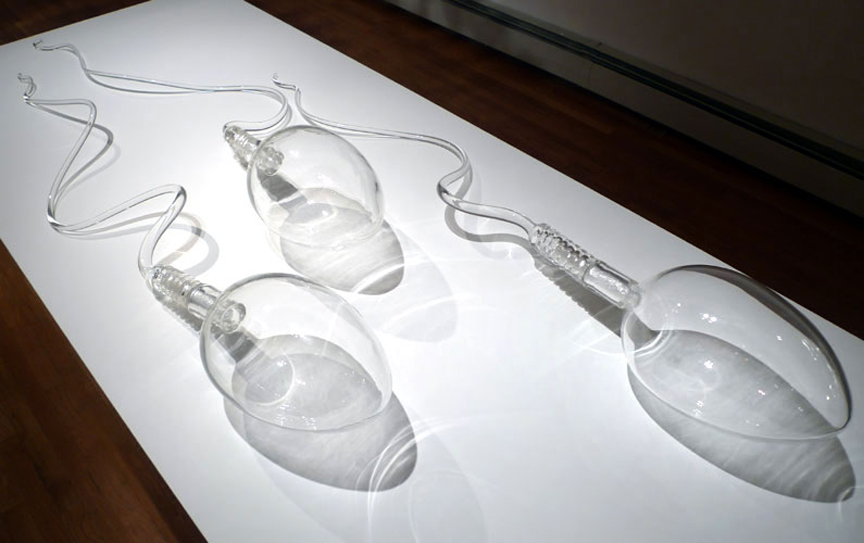 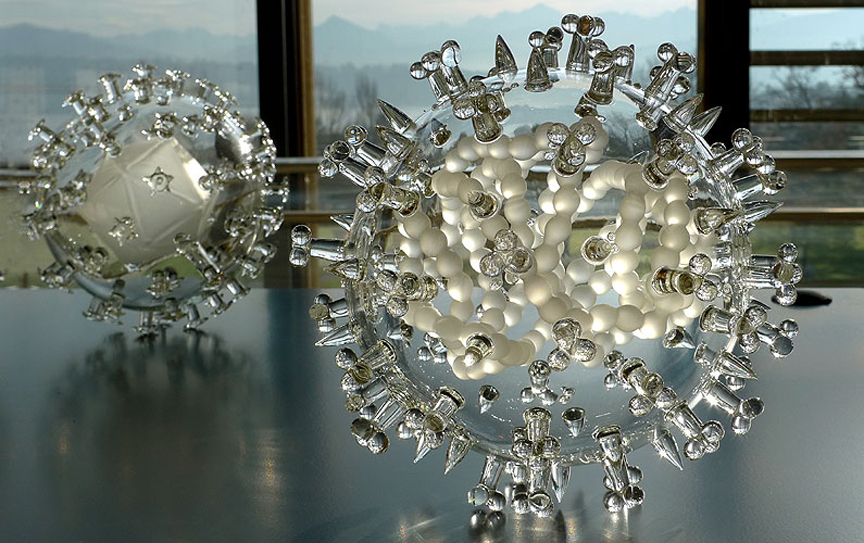 Glass Microbiology at the ArtScience Museum Singapore from lukejerram on Vimeo.