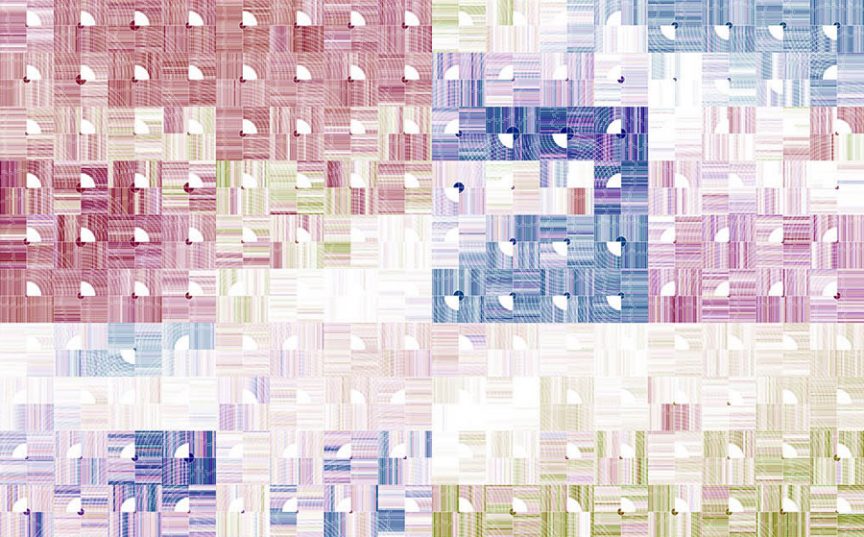 In his series Winds, Mark Nystrom transforms wind data into sciart drawings. He outlines his process in two parts below:

“This drawing process interprets wind conditions at one location for more than one day and makes marks for each datum of the data set. With data collected at a rate of once per second and each day having 86,400 seconds, I saw great potential for a complex drawing.

Each drawing with this process uses a grid of large rectangles that have their own 4×6 grid of 24 squares. The larger rectangles show wind conditions for a day and each of the 24 squares shows wind conditions over an hour. The larger rectangles are organized chronologically, starting at the top-left and moving to the right. In every other row, they are placed from right to left. Each drawing has a boustrophedon-like flow.

In the center of each hourly square, a color circle shows the hour’s average wind speed and direction. A white quarter-circle with radiating arcs shows the general direction the wind was blowing toward. With each drawing, color is keyed to wind direction and density to wind speed.” 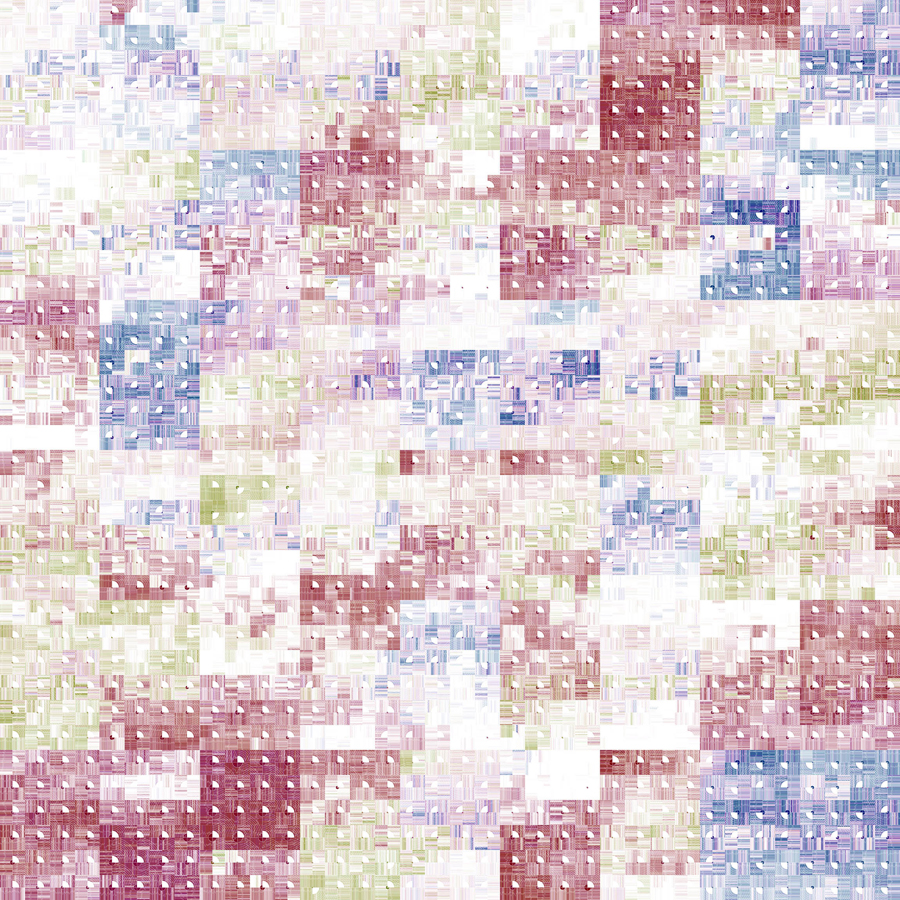 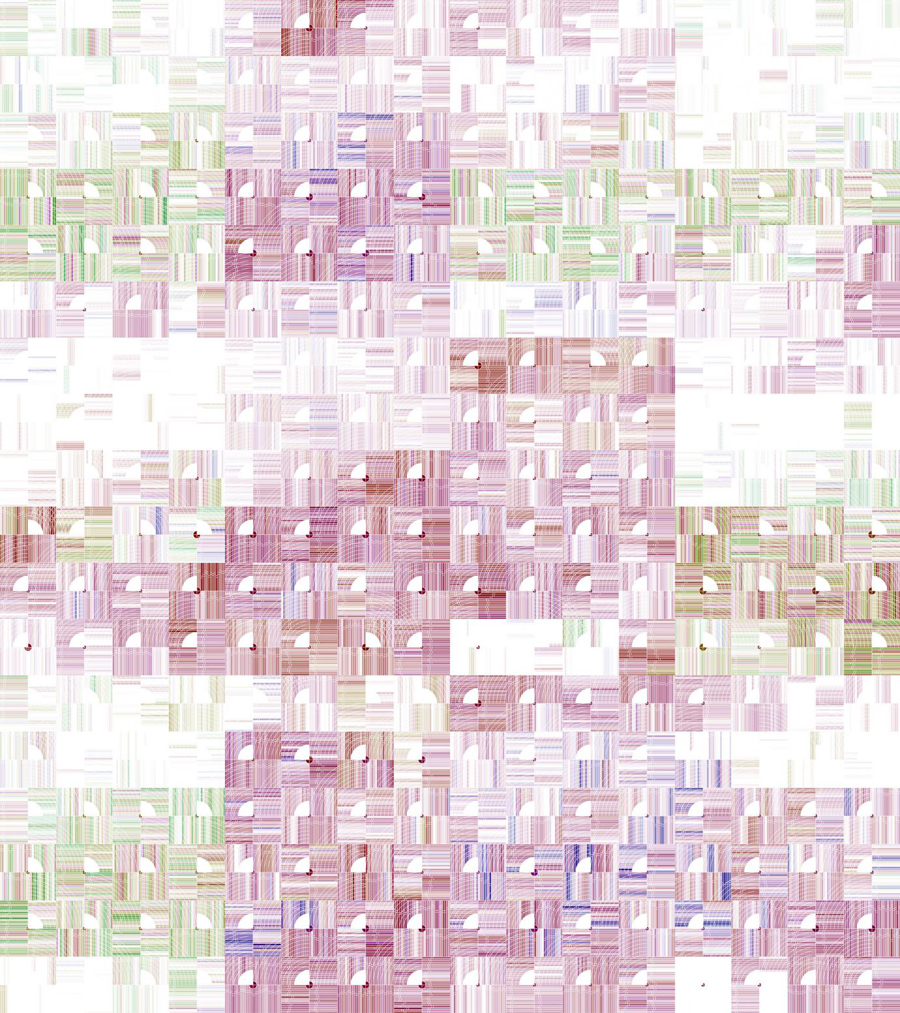 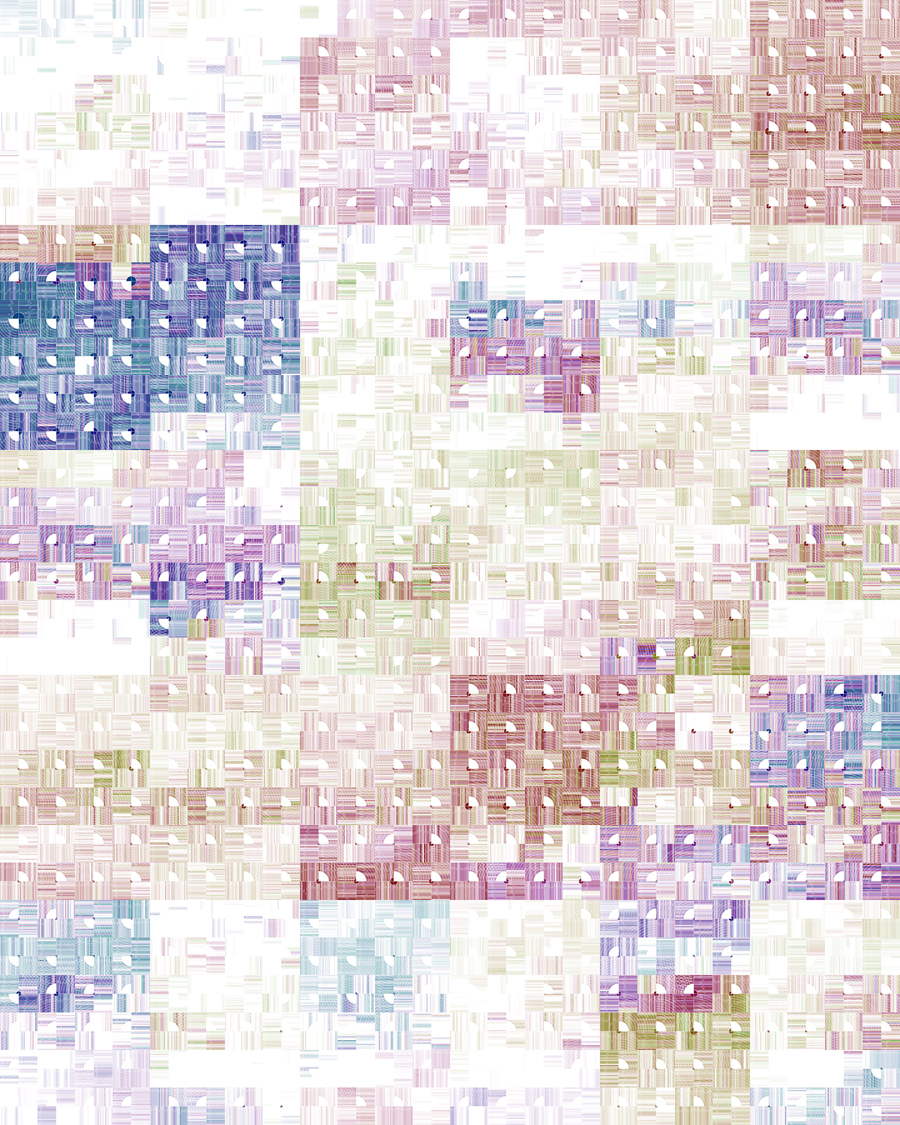 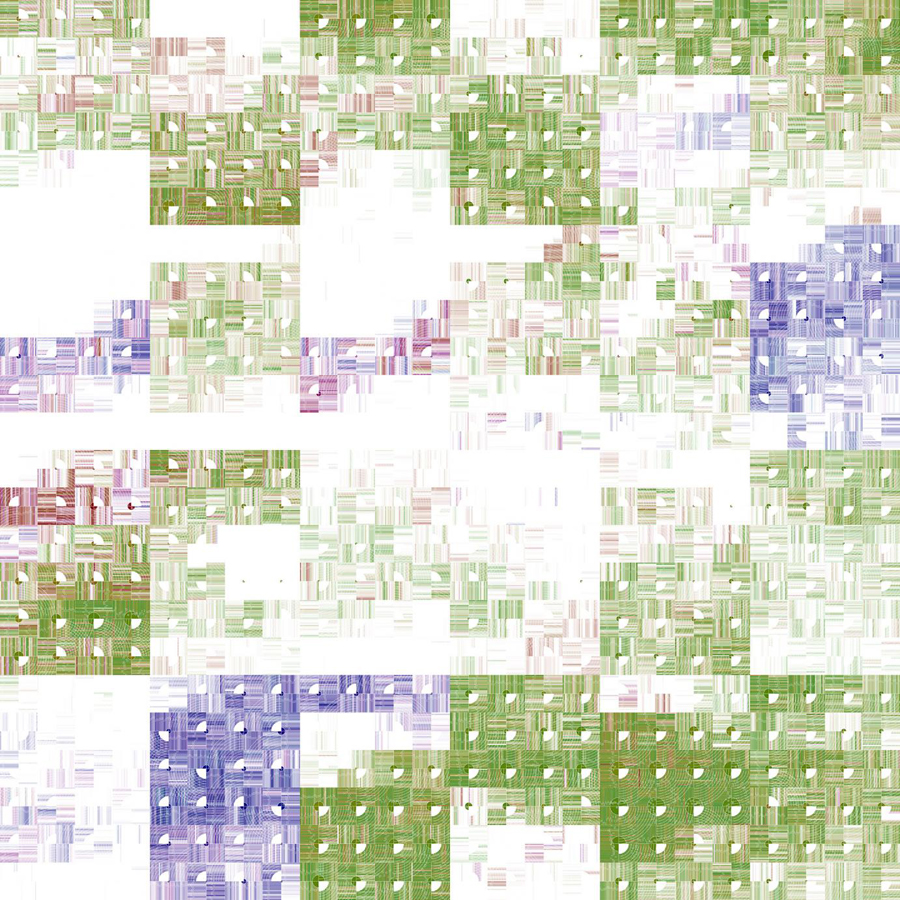 “This process is a simplified version of Process.2014.04. Each drawing is generated with wind data collected over a month at one location. The columns in each drawing show conditions for one day and each one is divided into twenty-four squares. In each of these squares, sixty stripes show average wind conditions over one of the hour’s sixty minutes. Color is keyed to wind direction and density to wind speed.” 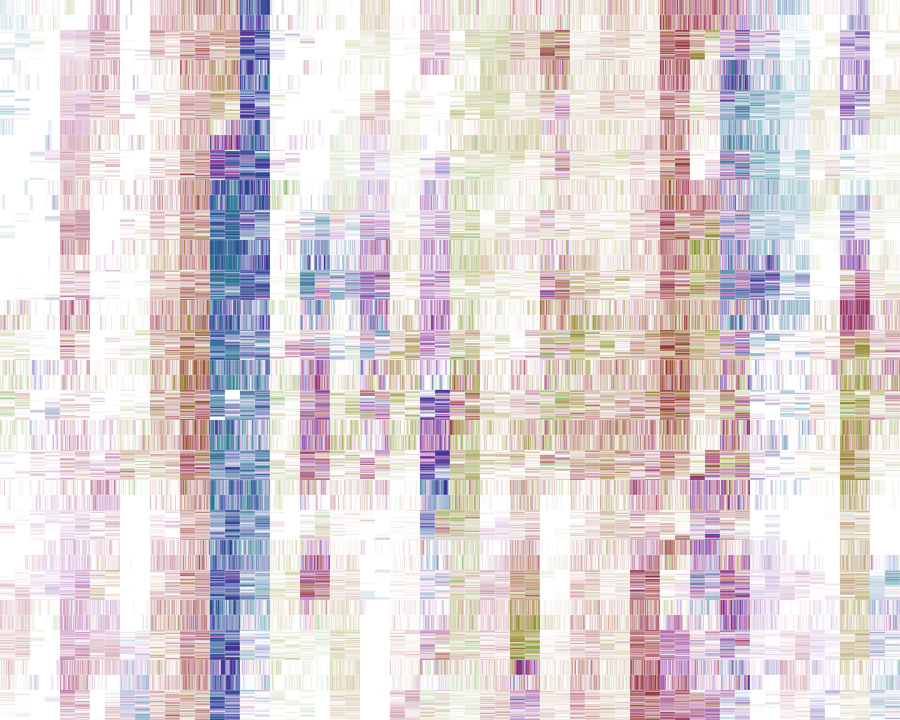 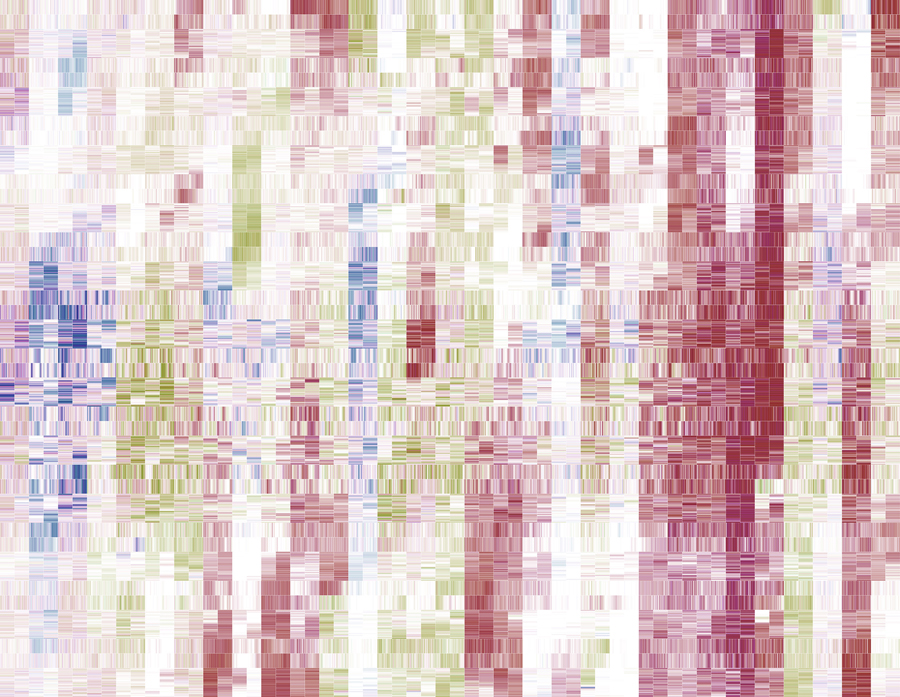 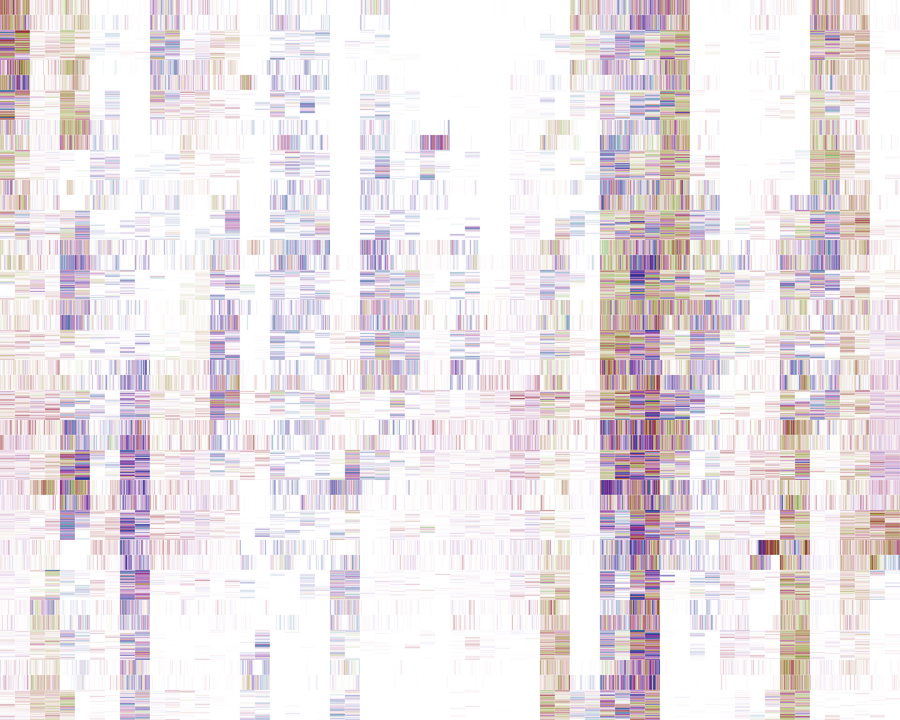