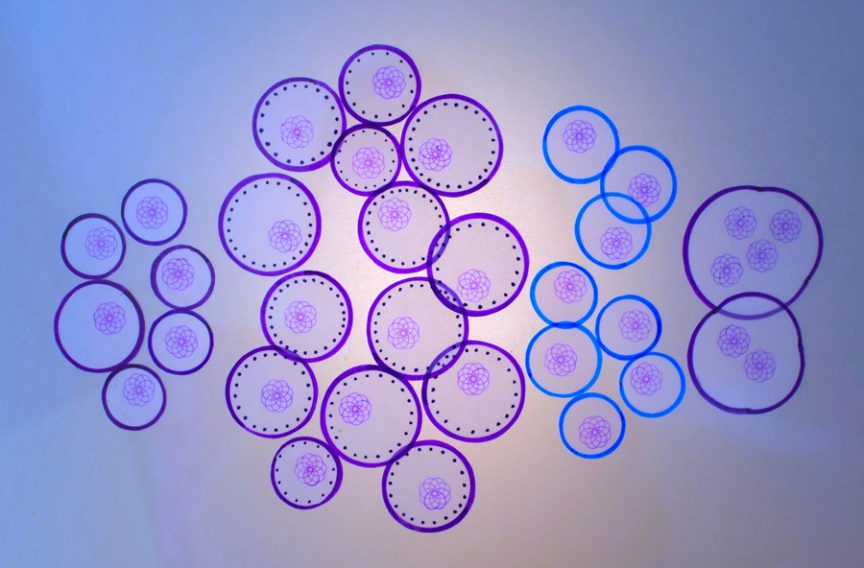 Emei Ma‘s Tagging Stem Cells premiered as part of The protean SELF – Portraiture Explorations of Beginnings exhibit at the Museum of Health Care in Kingston, Canada. Ma used a spirograph to create elements of her cell drawings. She kept the colour palette consistent with traditional microscopy staining methods, resulting in a striking artistic depiction of a scientific experiment.

“This collection of images is about an ingenious experiment by Canadian researchers, Drs. Till and McCulloch and their graduate student Dr. Becker in a seminal paper published in 1963. (1) Their main interest was in bone marrow transplants for children with leukemia (a cancer of the blood cells). In the process of their research, they devised a method for identifying blood stem cells and proposed a definition for stem cells, which is still in use today.” – Emei Ma 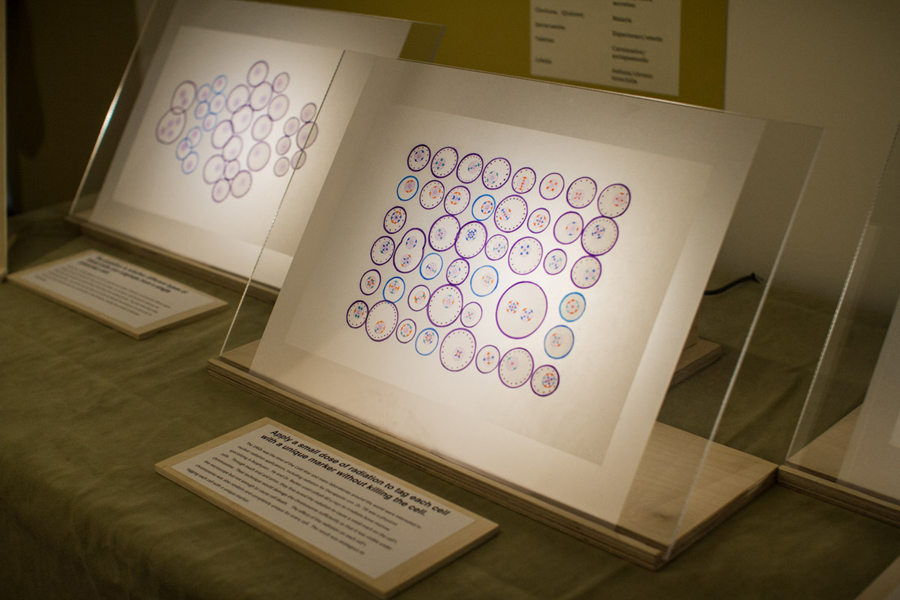 Tagging Stem Cells @ The Protean Self show in Kingston (Canada) at the Museum of Health Care.

“In the early 1960s it was well known that blood cells (including red blood cells, white blood cells, lymphocytes, and platelets) all originated in bone marrow. What was under debate for more than 60 years was whether different types of blood cells originated from a single precursor cell.  To resolve this question would give insight into possible treatments for cancer patients.” – Emei Ma 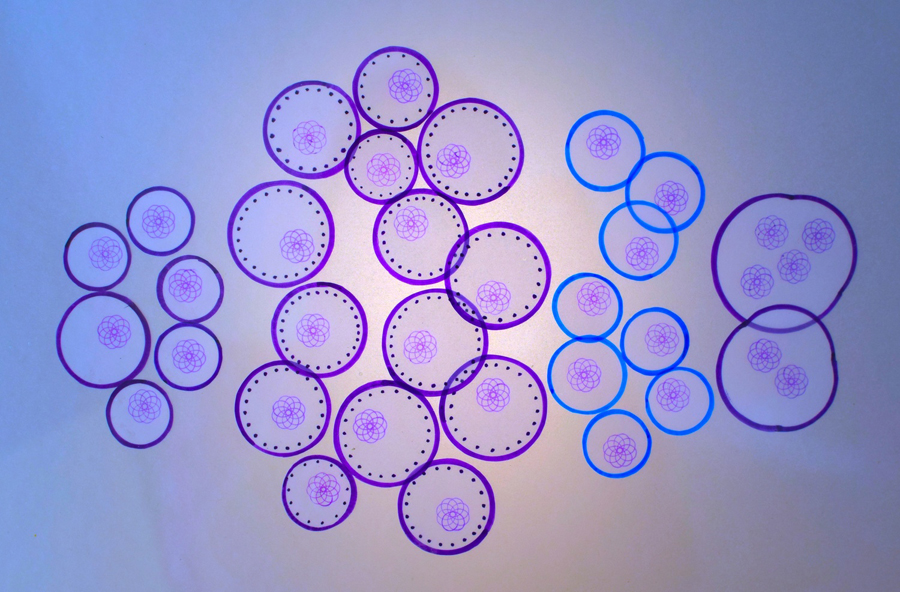 The question is whether different types of blood cells can originate from a single precursor cell. 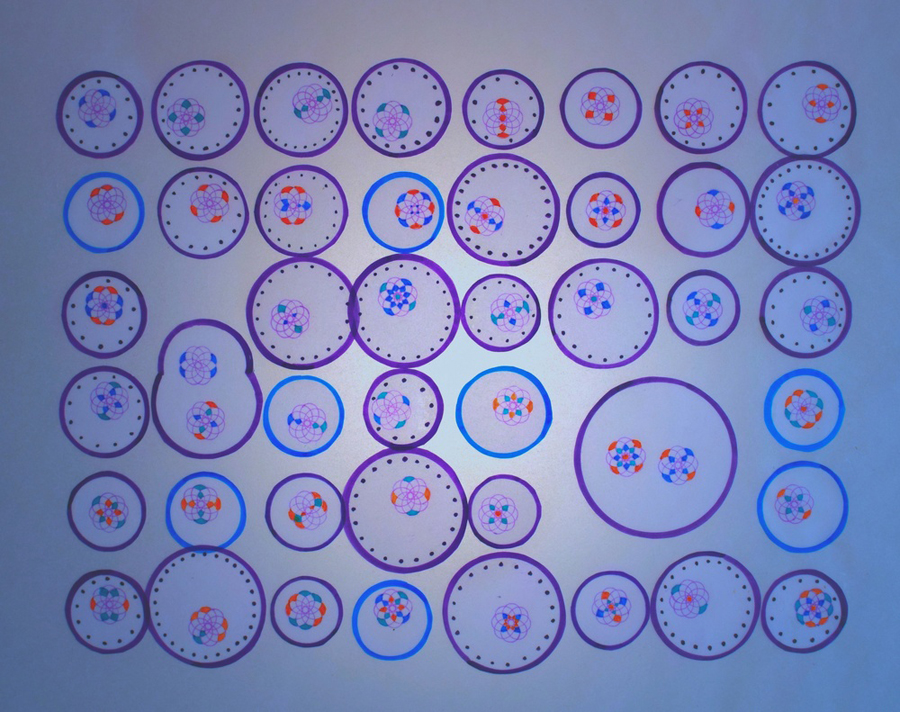 Apply a small dose of radiation to tag each cell with a unique marker without killing the cell. 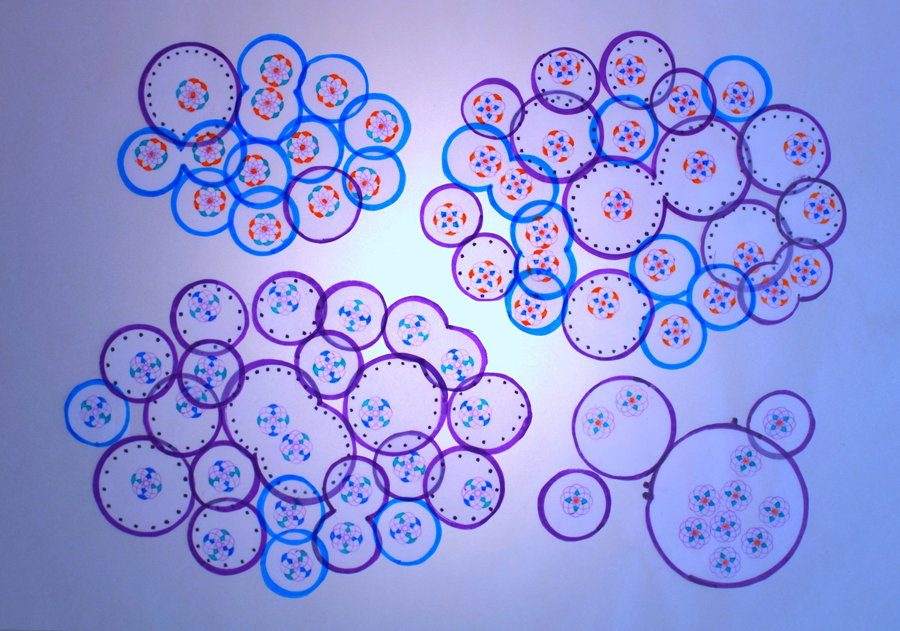 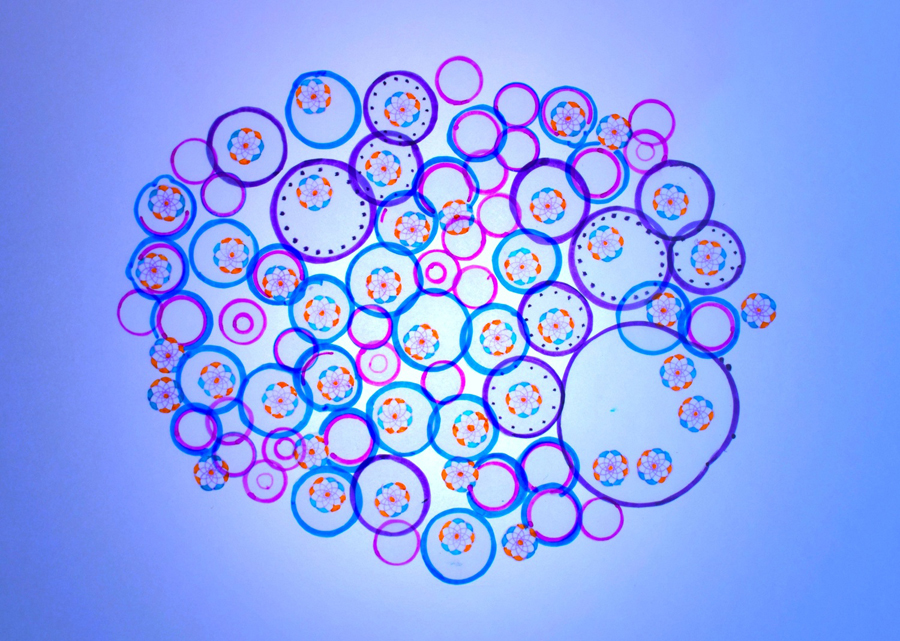 A colony with different types of blood cells but all with the same marking.