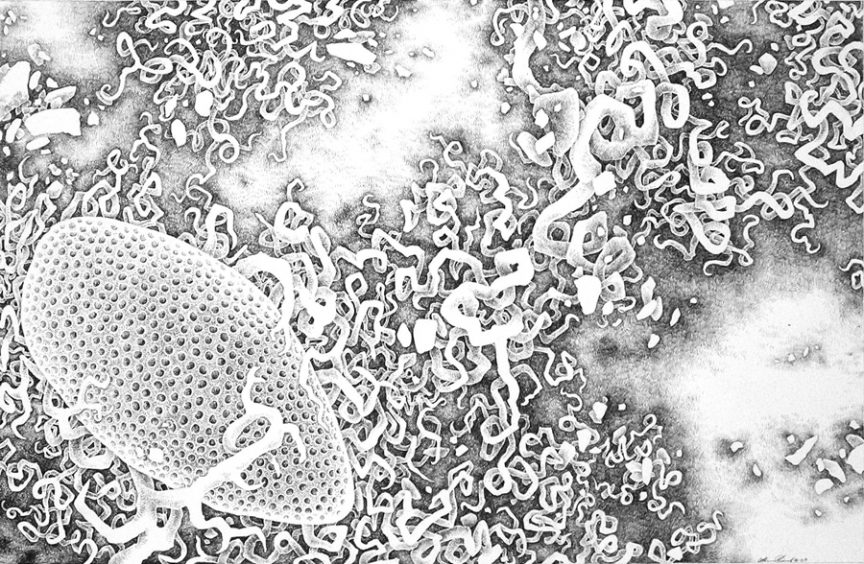 “The function of my art, visually, is to reconstitute subjects presented through scientific research, (via electron micrography, deep sea photography, or deep space imagery) into idealized forms. This method is perhaps more akin to an 18th century naturalist’s catalogue of documented specimens from far off lands, returning to be deciphered and judged under the reigning doctrines of the day.

I predominantly select images of algae, pollen, and arthropod morphology created with an imaging apparatus made for the scientific community. My references are restricted by the limits of the technology used to capture them, and by embellishing ambiguous detail, I’ve substituted the digitizing and coding process with my own drawing technique. As a result I deliberately enhance the drama of forms to create semi-fictional delineations on paper.” – Steven Gawoski

Here are some of our favourites below: 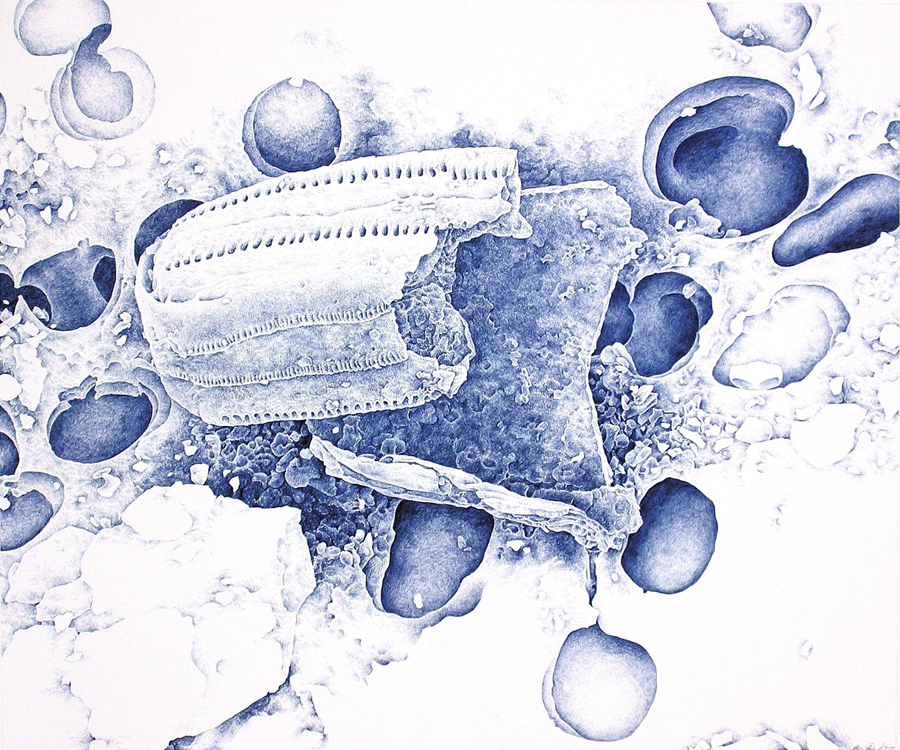 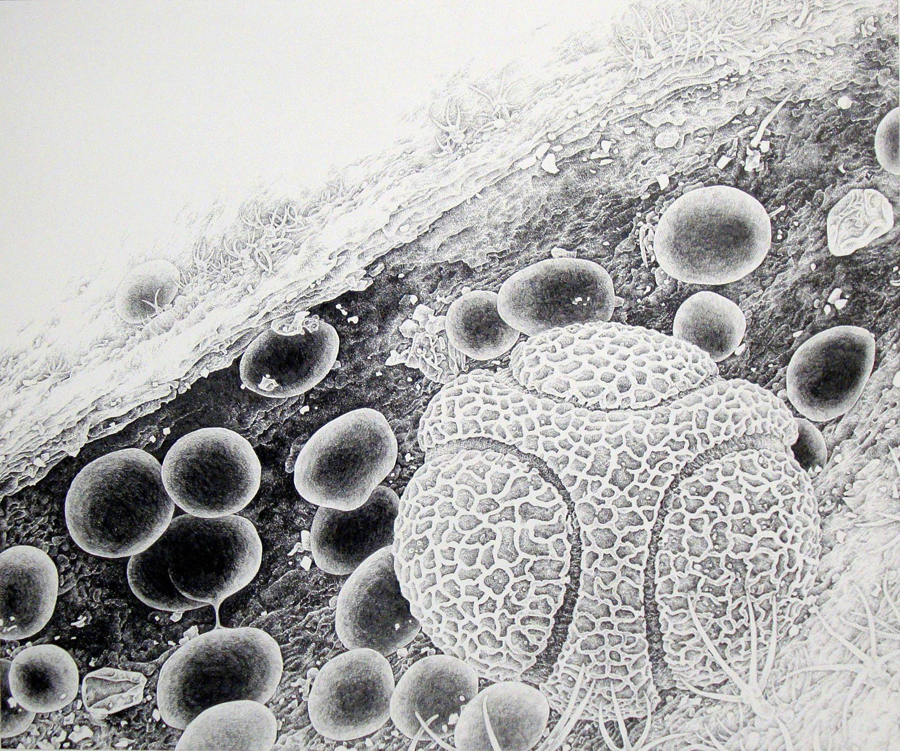 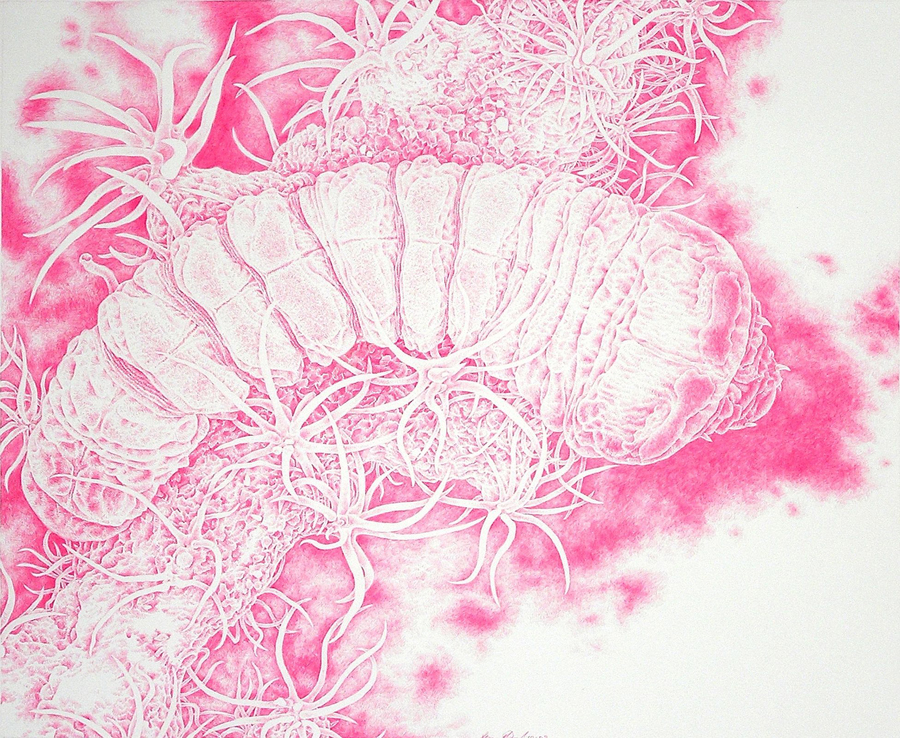 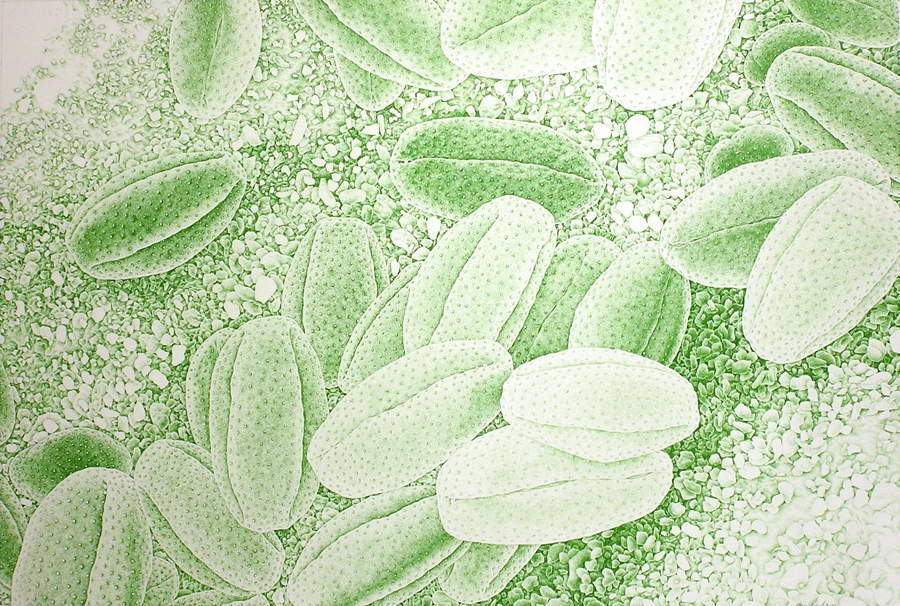 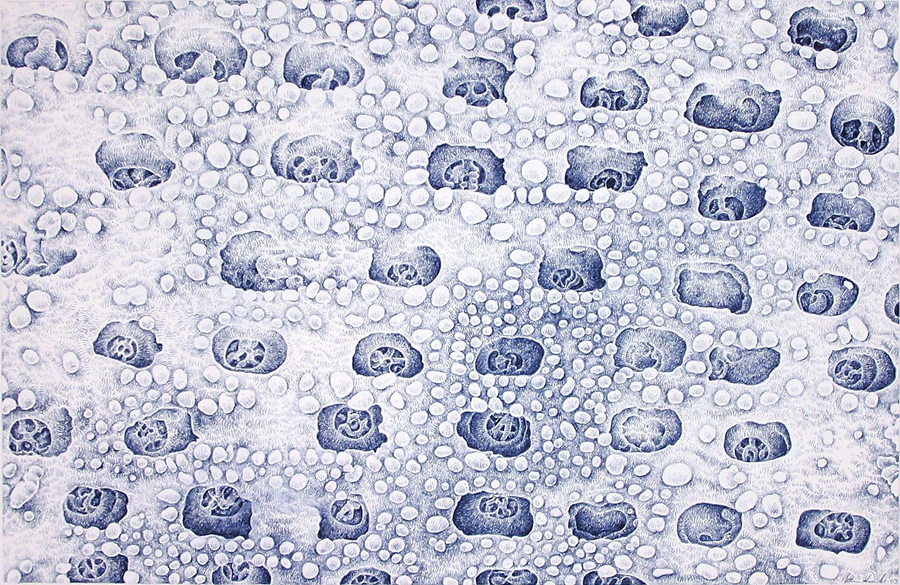 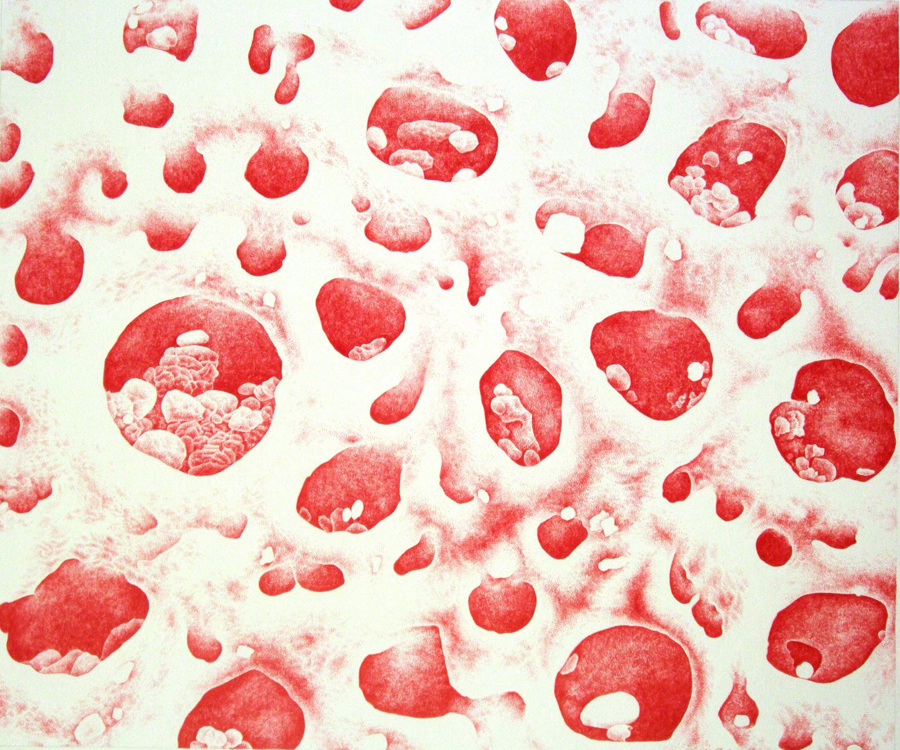 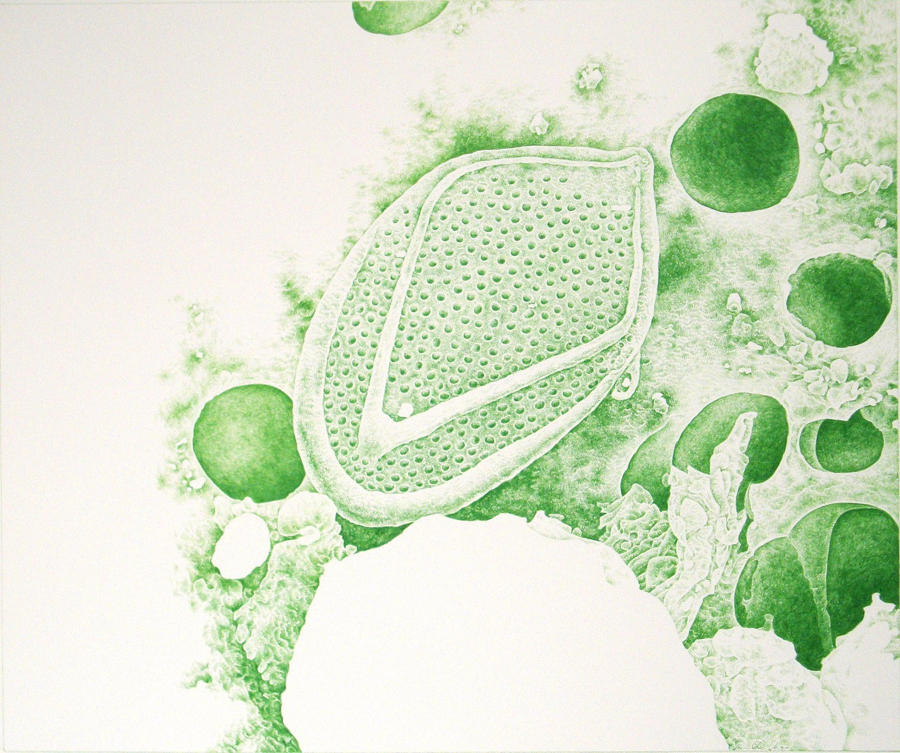