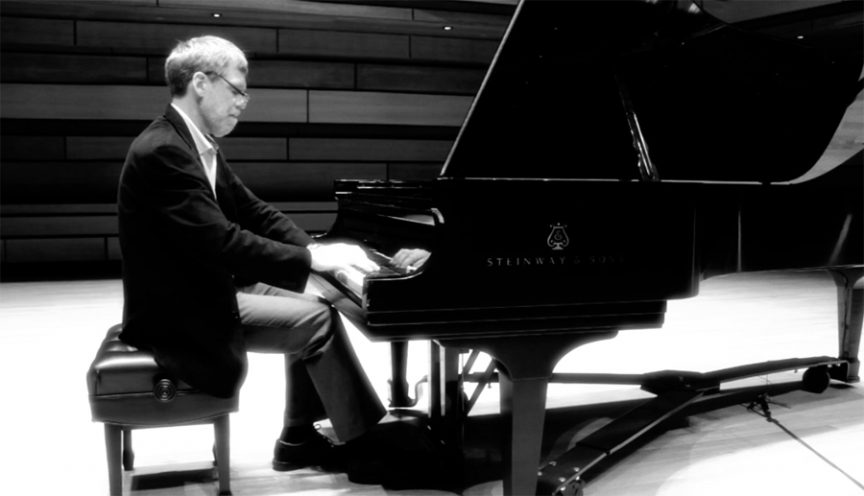 John Burge is a Canadian classical composer. He is also a professor and associate director of Queen’s University‘s School of Music. To honor his colleage Art McDonald’s Nobel Prize in Physics, Burges composed OSCILLATIONS.

“The Nobel Prize in Physics co-won by Dr. Art McDonald proves that neutrinos have mass by showing that they change forms or oscillate.  My composition, OSCILLATIONS, for solo piano, continually sets in motion groups of repeated notes that gradually change to another set of oscillating pitches on both an immediate and larger level.  Quite often these shifts take advantage of the resonance of the piano as the patterns get louder and softer at different times between the two hands.  At other times the vibrating chords keep the same notes but move to different registers on the piano.

A less scientific element to the composition is the fact that Art’s wife Janet is a pianist and piano teacher and towards the end of the piece, two chords shift back and forth slowly and a more romantic melody is added above the stretched out chords which I think underscores their long-standing marriage but also personifies the idea that perhaps neutrinos might change with their own sense of longing or desire.” – John Burge