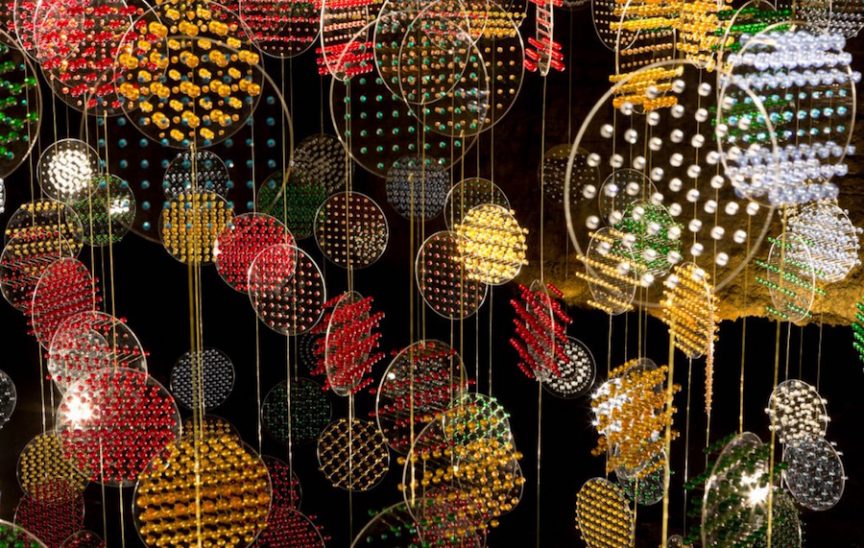 In 2012, Lyndall Phelps participated as an artist-in-residence at the Institute of Physics, London. The result of this collaboration is Covariance, a contemporary installation focused on physical science from the microscope all the way to the cosmos. Phelps worked with with Dr. Ben Still, a research associate at the School of Physics and Astronomy of the University of London. Together, the artist and researcher combined contemporary physics and art engaging the wider public to learn more about the physical world. Processes between Phelps and Still are documented on the Project Blog.

“Covariance was a two-part installation combining an ambitious suspended sculpture and a series of light-box images. During my first meeting with Dr Still I was struck by the inherent beauty and sense of awe afforded by particle detectors. There is a magical quality to their subterranean locations, some located beneath ice, others below mountains or the sea. These are dark and inaccessible spaces, where light is used to detect the basic building blocks of everything in the universe. I also became interested in the way data from the detectors is visualised and analysed by physicists, from Dr Still’s unique digital coloured dot diagrams to the huge number of women employed in the past to manually process the information (known as the first ‘computers’).

Covariance has been created from a range of everyday materials: glass beads, diamantes, acrylic discs, brass rods, ice and metal. Some of the materials relate to women’s craft, a link back to the female computers, while others refer to the history of science, when brass was commonly used in the making of scientific instruments. The installation was meticulously hand-made from 380 clear acrylic discs, 28,000 glass beads, 36,000 diamantes and 800 metres of brass rods.” – Lyndall Phelps

All images are credited to photographer Richard Davies. 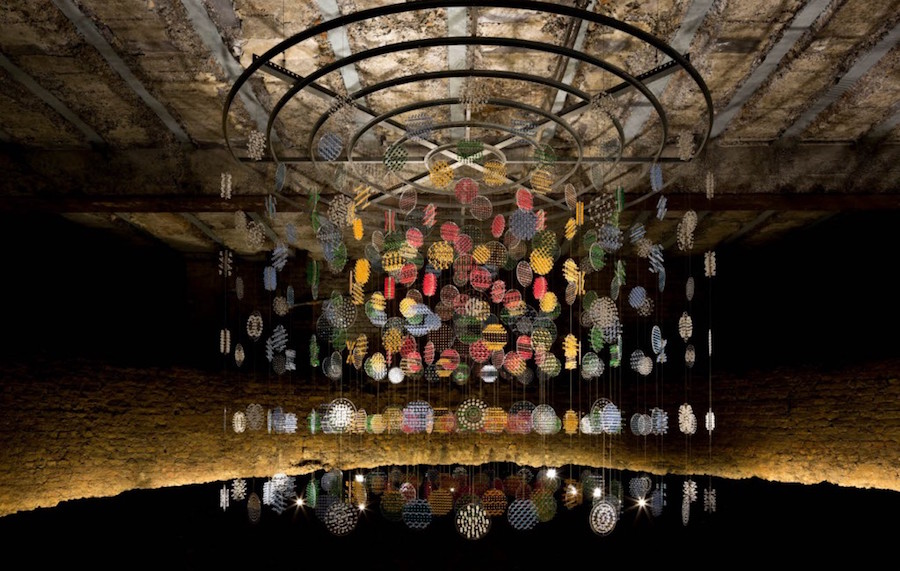 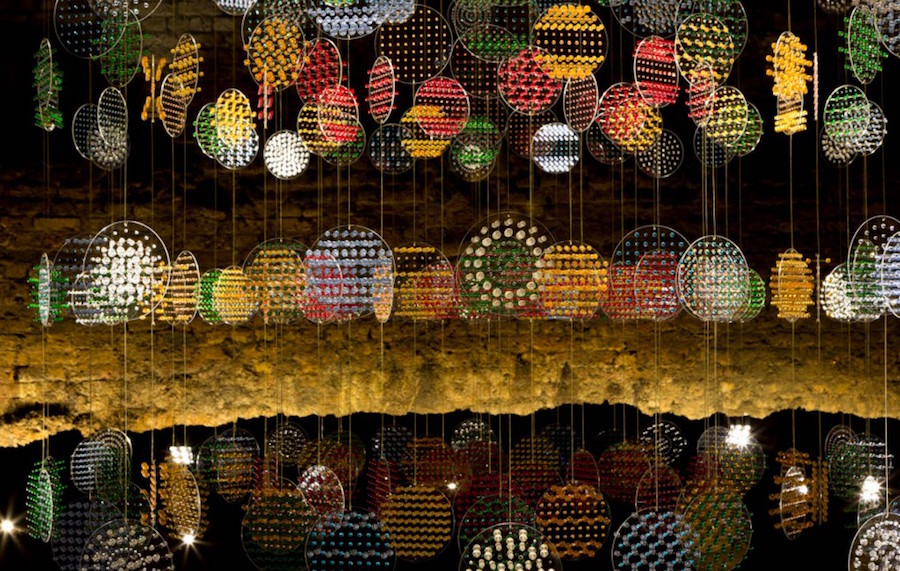 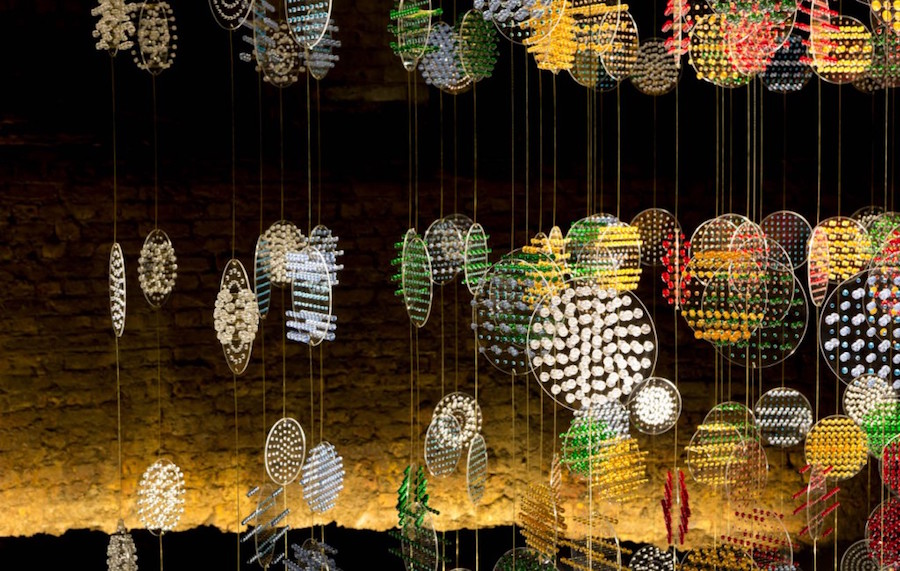 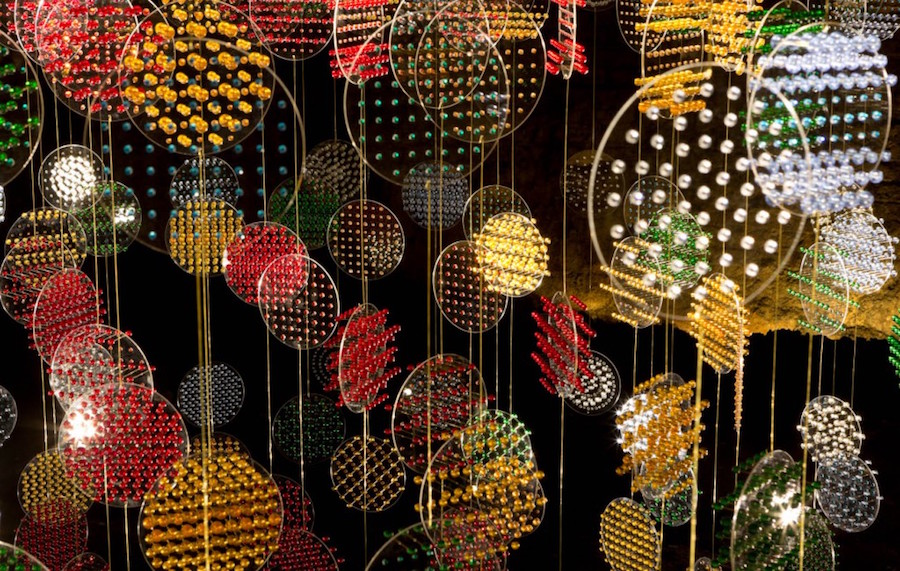 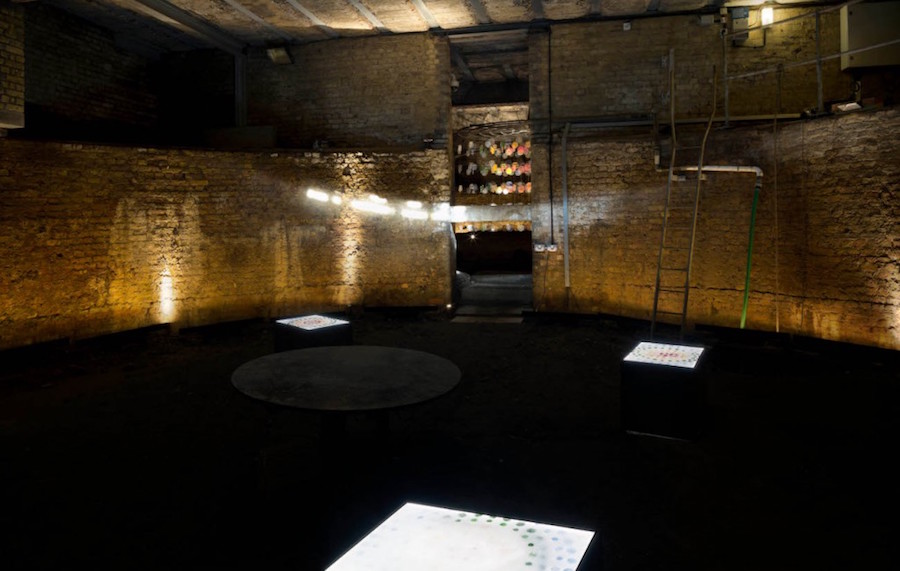 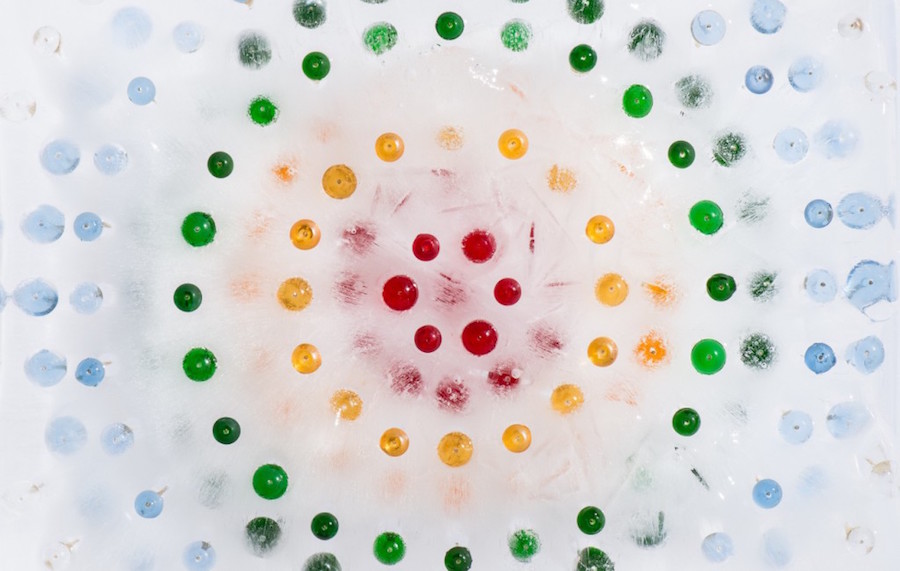 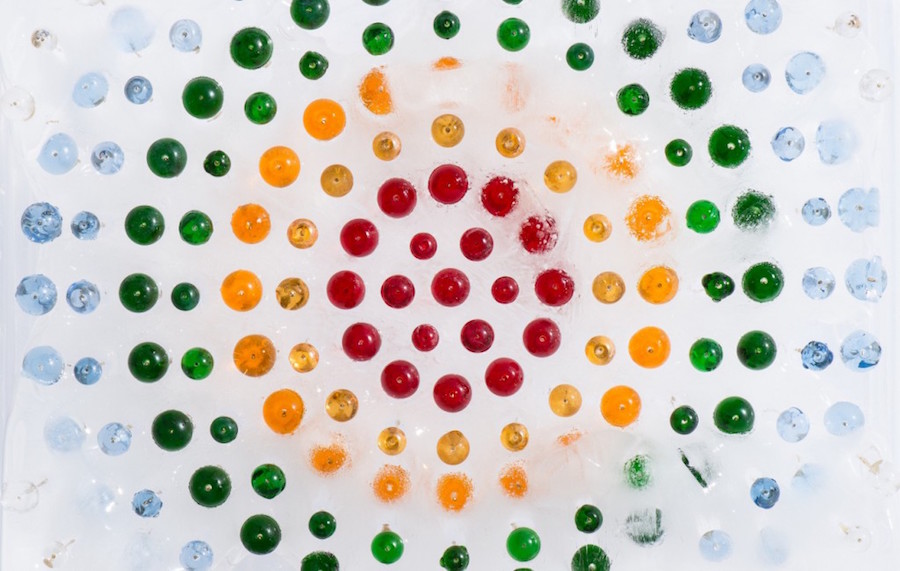