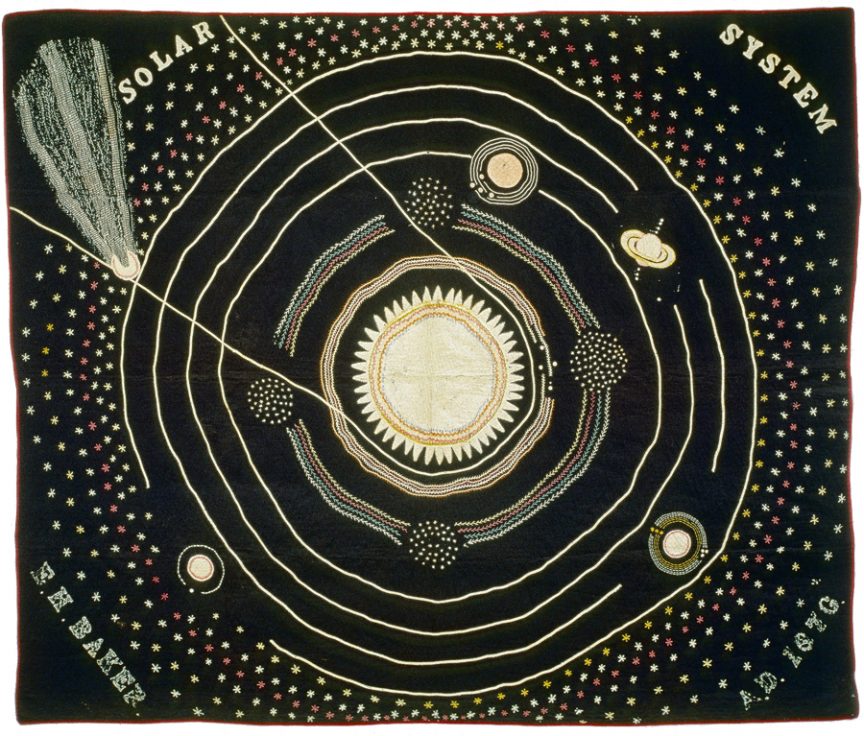 This 1876 Solar System quilt was made and used as a teaching aid in astronomy lectures by Ellen Harding Baker. It is currently a part of the Smithsonian National Museum of American History National Quilt Collection.

“This Solar System quilt was made by Ellen Harding Baker of Cedar County, Iowa, in 1876. The wool top of this appliqué quilt is embellished with wool-fabric appliqué, wool braid, and wool and silk embroidery. Included in the design is the appliquéd inscription, Solar System, and the embroidered inscriptions, ‘E. H. Baker’ and ‘A. D. 1876’. The lining is a red cotton-and-wool fabric and the filling is of cotton fiber.

The maker, Sarah Ellen Harding, was born in Cincinnati, Ohio, in 1847, and married Marion Baker of Cedar County, Iowa, on October 10, 1867. They lived in Cedar County until 1878, and then moved to Johnson County, where Marion had a general merchandise business in Lone Tree. Ellen had seven children before she died of tuberculosis in the spring of 1886.

The design of Ellen’s striking and unusual quilt resembles illustrations in astronomy books of the period. Ellen used the quilt as a visual aid for lectures she gave on astronomy in the towns of West Branch, Moscow, and Lone Tree, Iowa. Astronomy was an acceptable interest for women in the nineteenth century and was sometimes even fostered in their education.” – National Museum of American History 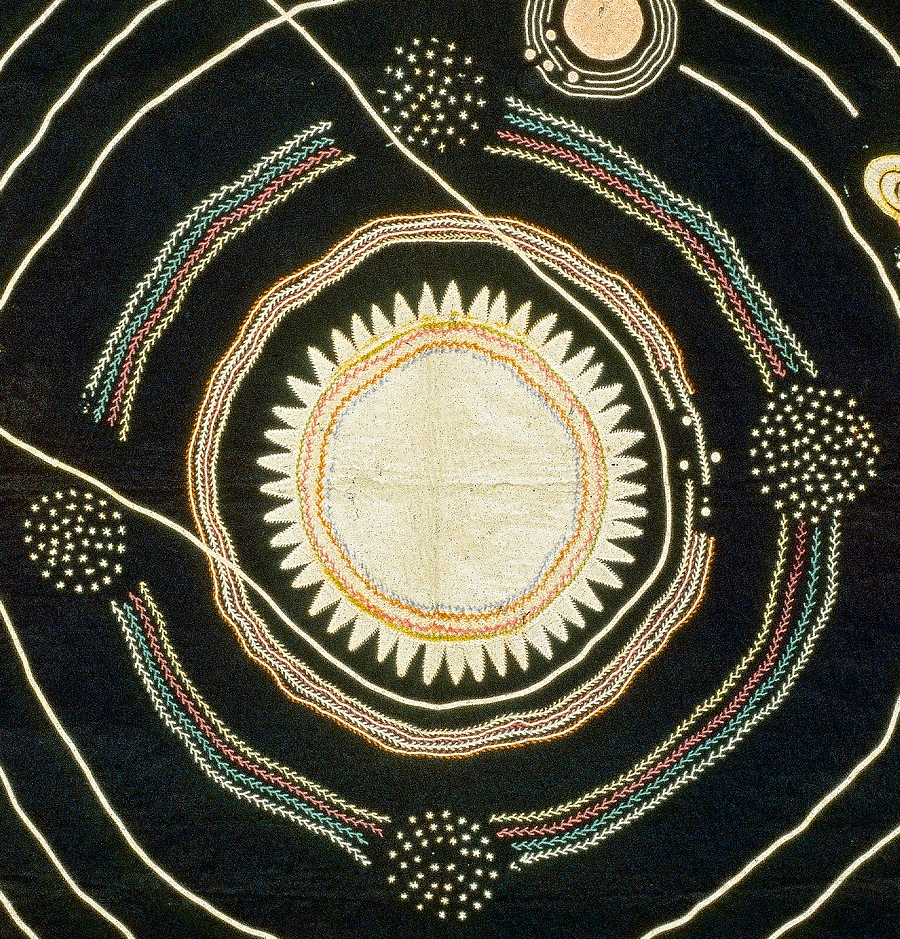 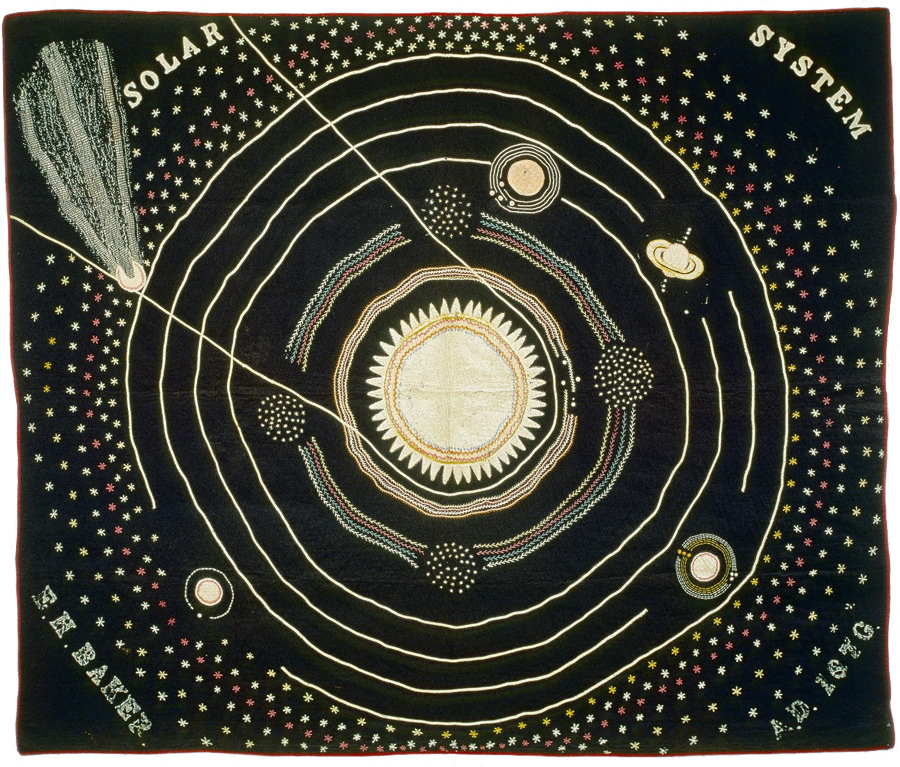