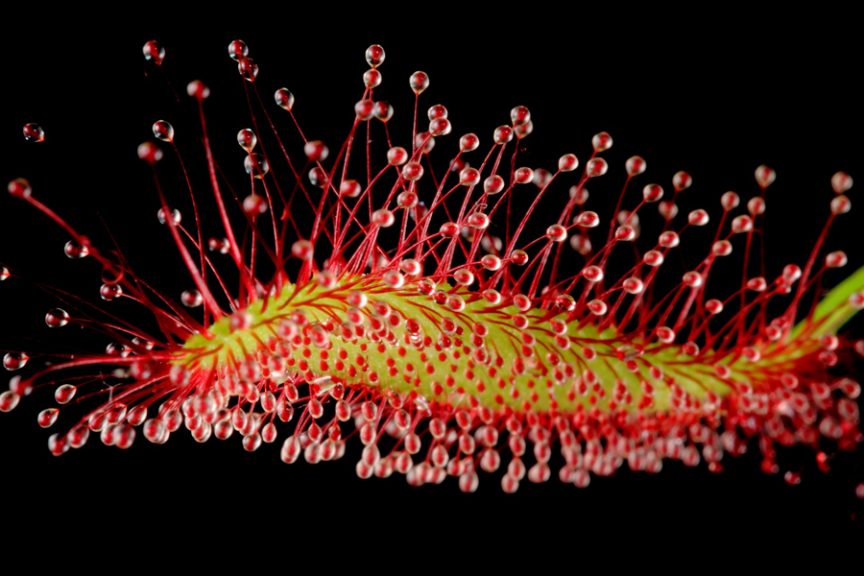 Matthew M. Kaelin is an accomplished cultivator and photographer of carnivorous plants, based in Long Island, New York. In a recent interview with Art the Science he shared some of his incredible photographs and provided insights into carnivorous plant cultivation and conservation.

What inspired you to focus your work on carnivorous plants?

The inspiration for working with carnivorous plants reaches far back to my childhood, and this subject has always been of great interest to me. I have always loved dinosaurs, sharks, reptiles, amphibians, and all sorts of other fascinating creatures. Carnivorous plants were another such fascination, but the major turning point was seeing the PBS documentary Death Trap in 1986, and from that moment on I was enraptured. Many years later, in 1999, a friend of mine had given me a copy of Peter D’Amato’s The Savage Garden, and with this I learned so much more about the subject than I had ever known before. Then in 2003, I discovered that there was a hobbyist trade, where one can acquire commercially-sourced carnivorous plants that are propagated in nurseries and not wild-collected. From that moment on, I quickly became consumed, and have been growing and trading these plants with great passion ever since. As I have become more and more involved with cultivating many rare and interesting specimens of carnivorous plants, I have won horticultural awards for my displays, and have named and published two Nepenthes cultivars, which are officially registered through the International Cultivar Registration Authority.

Dionaea muscipula
Dionaea muscipula, with the common name of the Venus flytrap, is found native in the sandy and peaty soils of bogs and wet savannahs in North and South Carolina. 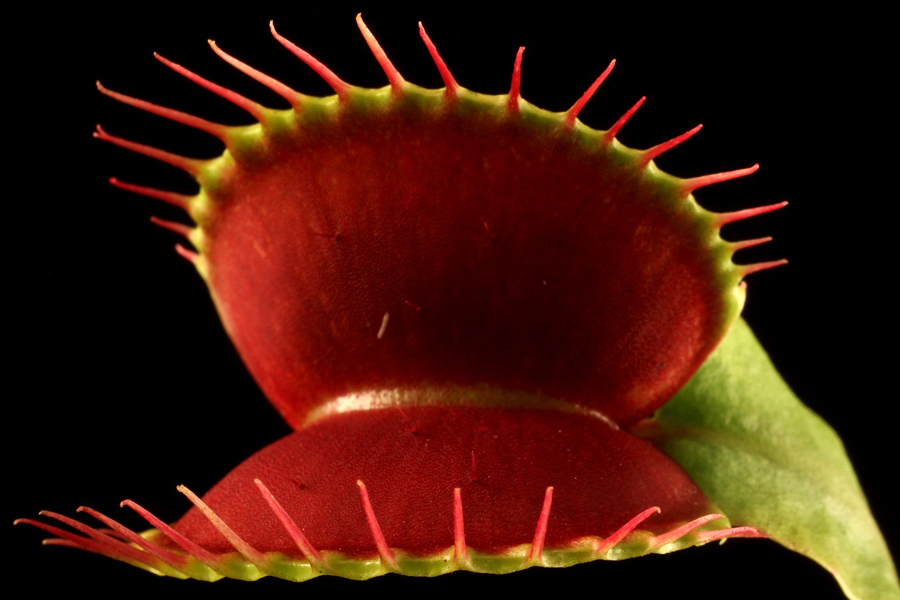 How does cultivation of carnivorous plants differ from that of regular plants? 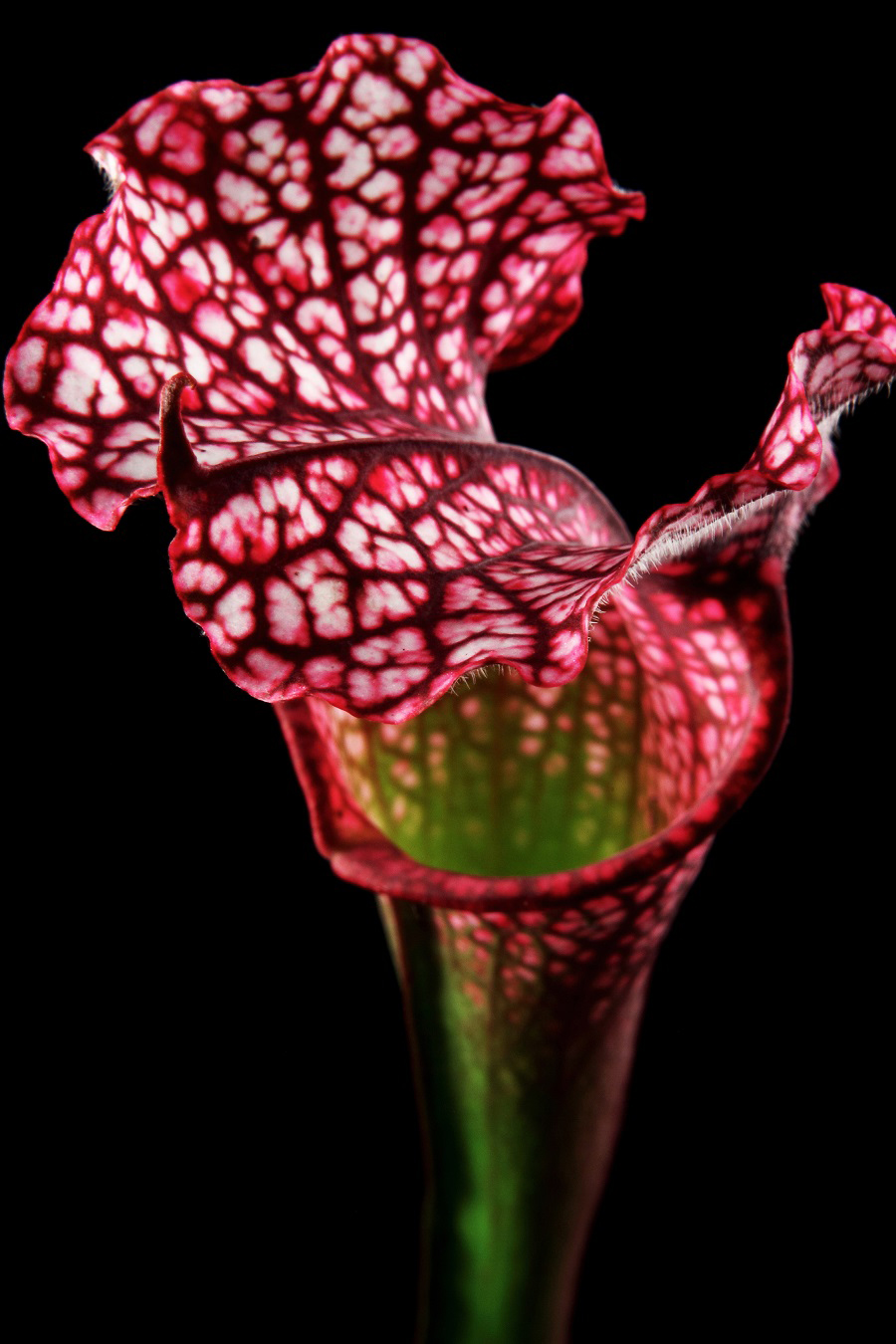 What they do have in common is that they have all evolved in nutrient-poor environments, and so depend upon their wicked adaptations of carnivory, to provide the inorganic elements that are not present in the soil. They do not feed as animals do, and it is not the protein that they require. It is the elements of nitrogen, phosphorous, calcium, and others that they extract from their prey. They also grow in a wide range of habitats across the world, from bogs across the Northern hemisphere, to tropical montane ecosystems in Southeast Asia along the equator, to treetops in the jungles of South America, wet savannahs of Africa, and the sandy flatlands of Australia. From either cool, temperate, or hot climates, wet to freely draining, or even under water, or in surprisingly desert-like conditions. It is not accurate to consider that all carnivorous plants are of the same character, when in fact; they are so incredibly diverse with only their carnivorous habit that unites them. 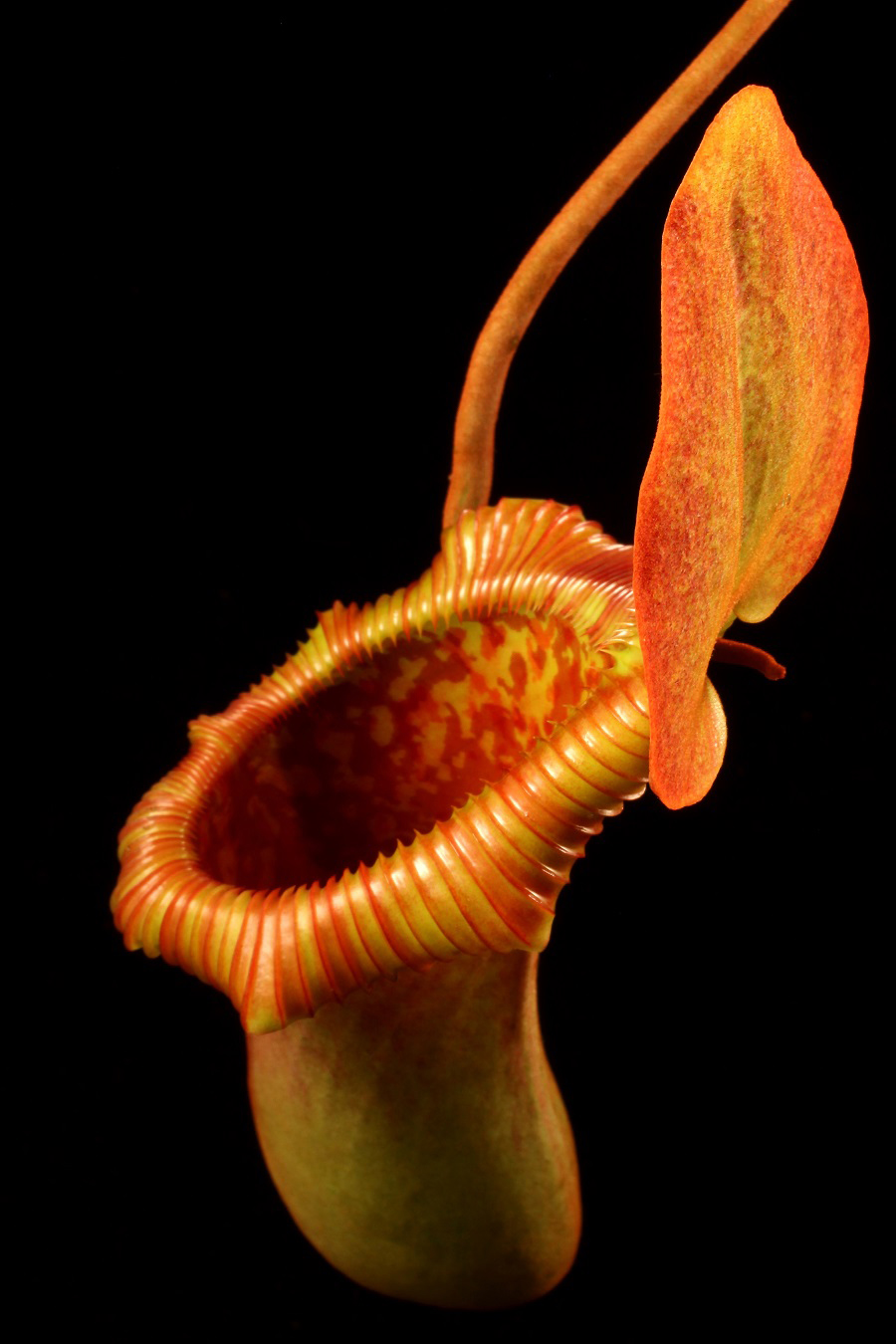 With these factors in mind, most do share some similar cultivation requirements, but not all will be able to thrive in the same conditions. General considerations for growing carnivorous plants are high amounts of light, pure water and damp to wet soil, the correct soils for the particular specimens of plants, and the correct temperatures for those specimens. High humidity and good air circulation are advantageous for them as well. One of the least specific necessities for the plants is their feeding. While it is certainly beneficial for them, it is not like feeding an animal. They do not have the metabolism of a mammal for instance, yet tend to be much more thirsty of water, and demanding of high amounts of light. In short, they are certainly not animal pets, nor are they quite like your typical houseplants. 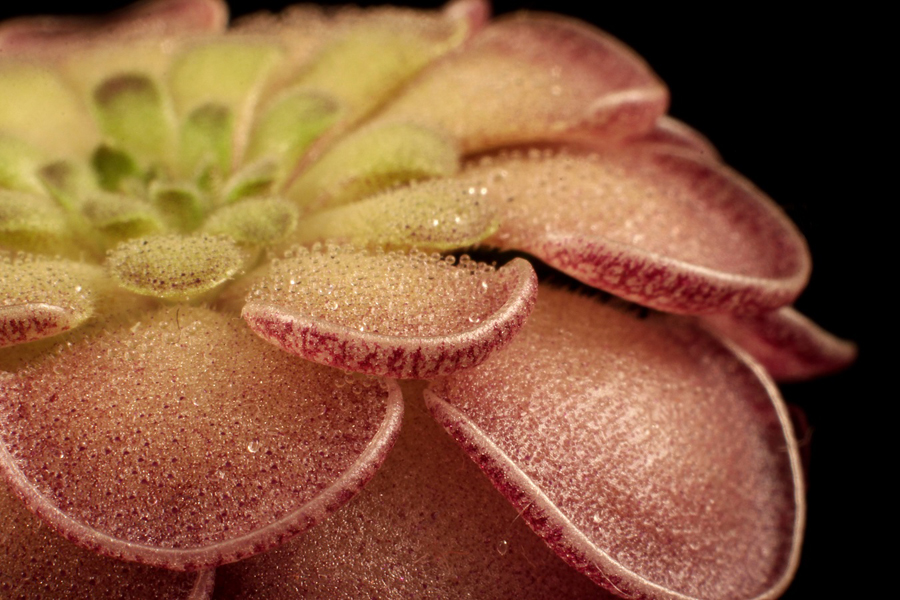 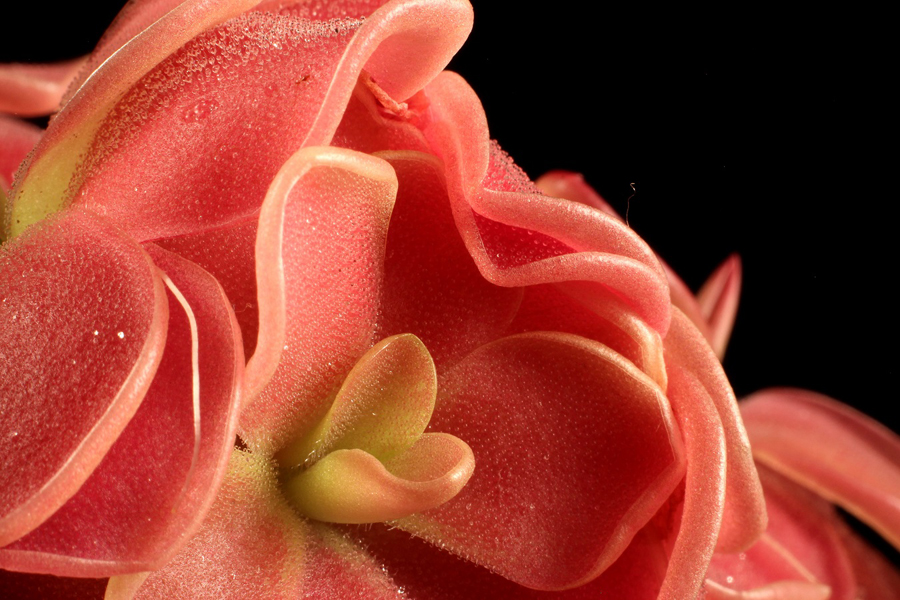 Did you collaborate with, or draw inspiration from any botanists for this project?

This project has also branched out to include the study of the native populations of carnivorous plants where I live, on Long Island, NY. For this, I had collaborated with the Long Island Botanical Society where they have provided me with the contacts to locate these populations. Since then I have become immersed in a conservation survey and photography project of Long Island’s native carnivorous plants, contributing my observations to the New York Natural Heritage Program and regularly lecturing for local conservation organizations such as the South Fork Natural History Museum, The Peconic Land Trust, and the Group for the East End. During this survey, I had discovered three populations of the Sundew hybrid, Drosera x belezeana, identified for the first time in the State of New York. 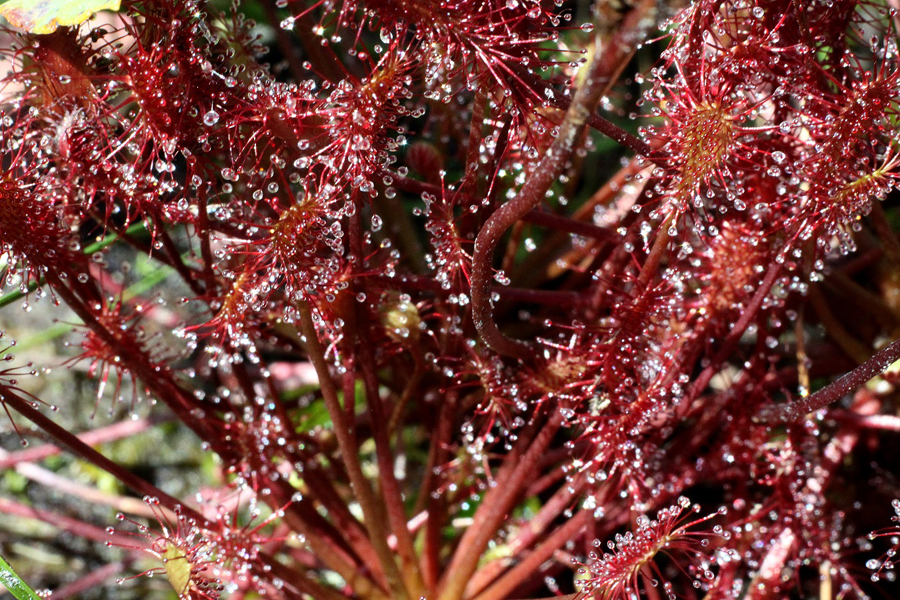 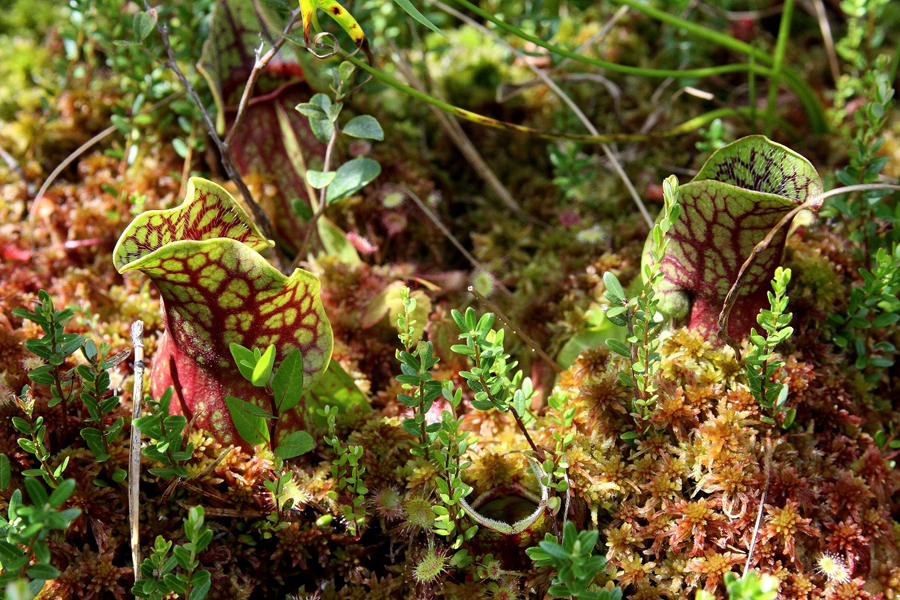 One of the many interesting facets of this work is that it combines the disciplines of art and science, where I had performed both aspects myself. For instance, most botanical photographers do not cultivate their own plants, nor do they make significant contributions to conservation. By pursuing the subject matter of science, the visual and conceptual elements of the overall project are meant to ultimately divert the reader’s attention to information as a vehicle for learning about the subjects themselves. This brings the project multiple layers of depth for one artist, and provides the opportunity for exploring education and conservation in the spirit of creating a convergence between the disciplines of fine art and natural history.

Drosera capensis
Drosera capensis is commonly known as the cape sundew, and occurs in the southwestern Cape of South Africa in marshes, along streams, and in permanent seeps of fynbos habitat. 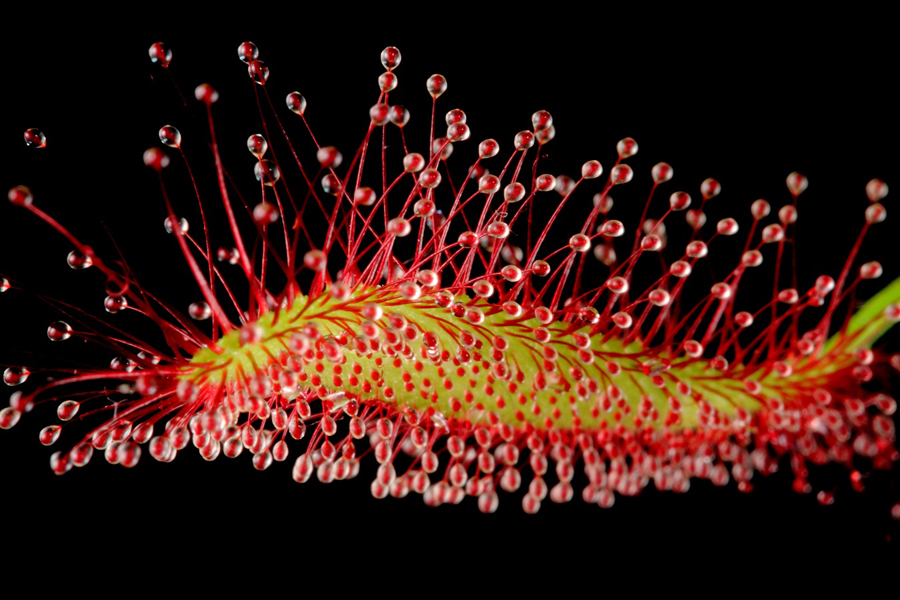 Drosera regia
Drosera regia is commonly known as the king sundew, and is only found in two sites along the Bainskloof Range near Wellington, Western Cape in South Africa. 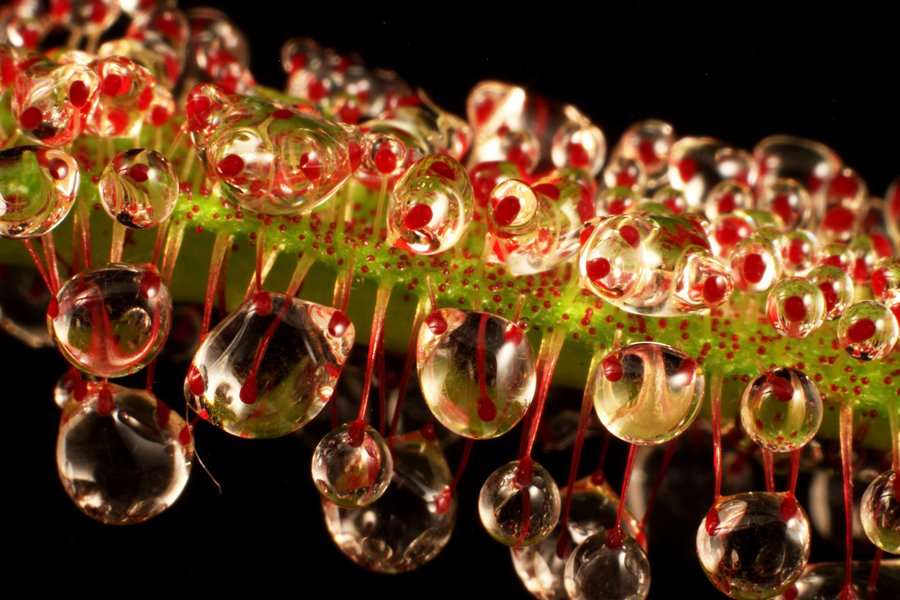