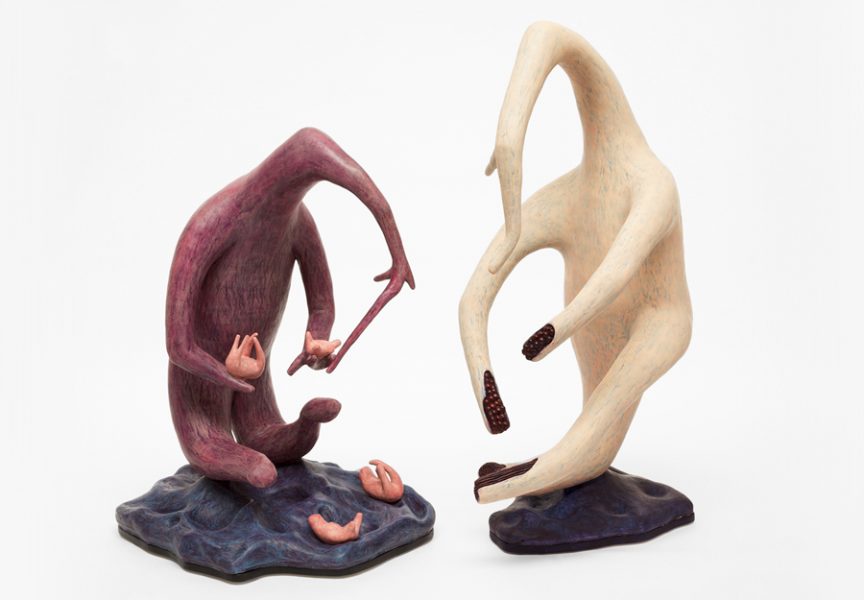 New York based artist Judith Modrak draws inspiration from neuroscience to create a sculptural body of work titled Dendrites. Dendrites are the branched parts of a nerve cell responsible for receiving signals for the cell to become active. Modrak anthropomorphizes dendrites and adds an accessible and tangible element to her work by increasing their scale. Several of Modrak’s Dendrites sculptures are over five feet tall.

What inspired you to include neuroscience in your work?

Decoding our internal physiological and emotive worlds has been an ongoing source of artistic inspiration and interest to me. Examining our differences and similarities led to a desire to understand the brain and the mechanisms responsible for triggering and regulating thought, action and emotion. 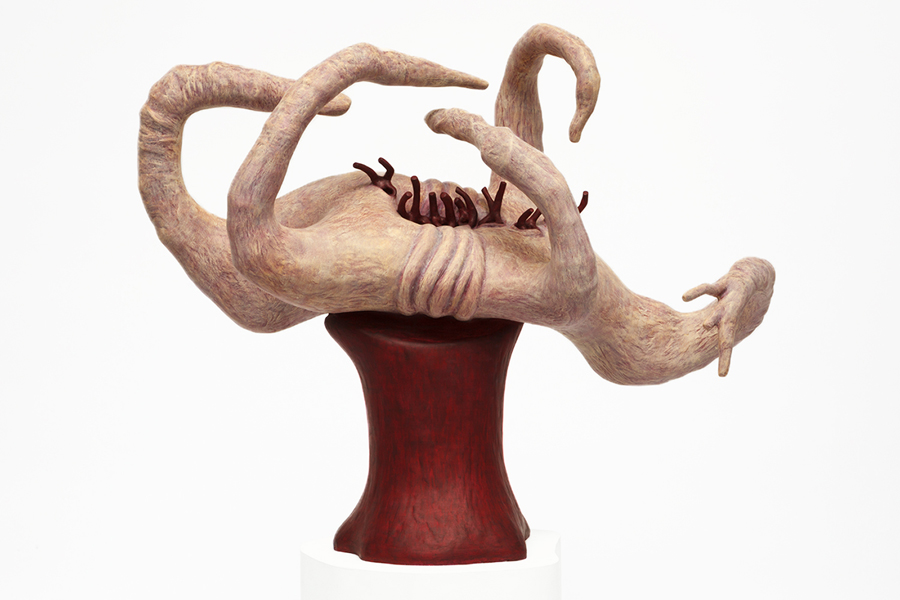 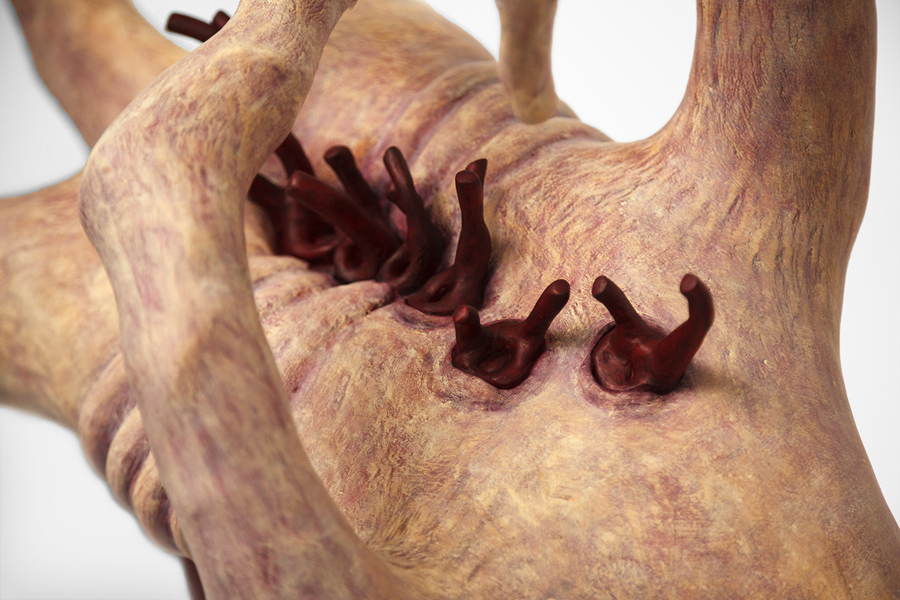 Over a decade ago, I read about the role of neurotransmitters in psychological states, and mental illness, and their influence on one’s mood and overall well-being. Revelations about how our brains are encoded helped to explain my reactions to certain life events, as well as those around me.

In 2013, the seed for what became the Dendrites series was planted as I read an article about advances in understanding the role that neurons and dendrites play in autism, schizophrenia and bipolar disorder. The current belief is that ordinary experiences along with neurological aberrations create distinct neural pathways and formations. The anthropomorphic sculptures in this series use dendrites and neurons as a departure point to unmask larger themes of aging, family dynamics, memory and disease. 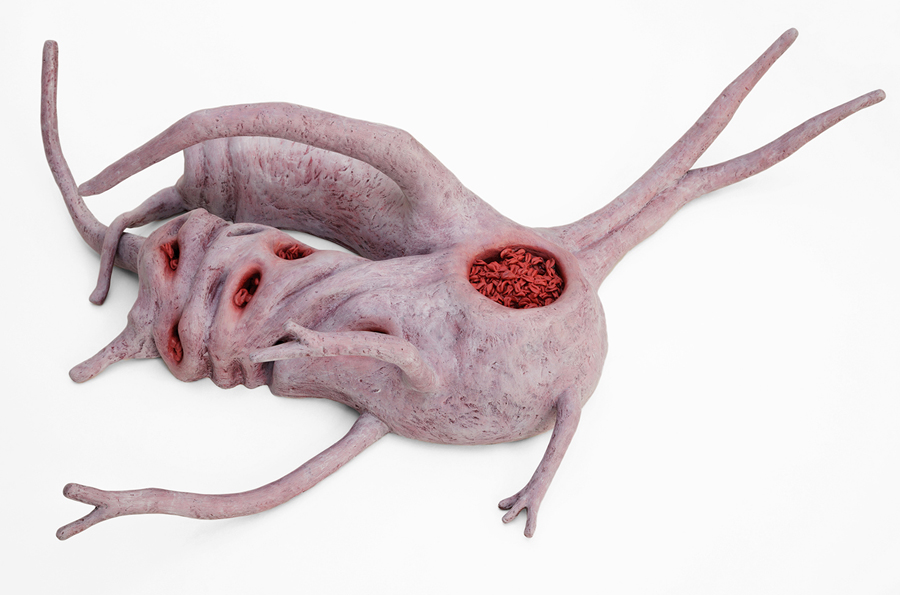 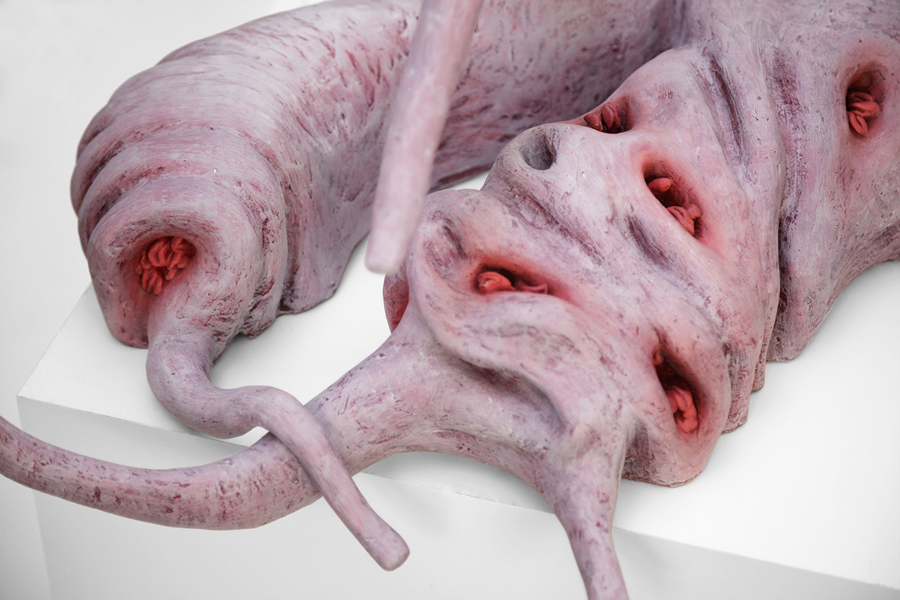 Can you describe your process when planning Dendrites? Did you have all of the pieces in mind before starting?

Interestingly, I have never pondered this question before and in fact, as I begin each series, I am never certain of how many sculptures will ultimate comprise the group. For Dendrites, I began with When I’m Old, which was a contemplation of old age from the vantage point of a younger age. When I’m Old probes into the manner in which memories and experiences accrue over a lifetime. The figure’s long dendritic branches reach skyward and back in time. The sculpture’s nucleus is filled with smaller replicas of the larger dendrite to emphasize the repetitive nature of emotion and experience as we age. Delving into aging naturally led to the next sculpture, When I Was Young, which is a reimagining of a fertile, newly formed neuron only beginning to generate memories and experiences.

Aging led to other considerations regarding the emotional states of neurons and dendrites, which materialized in pieces such as Tried to Change and When I’m Scared. Tried to Change interprets what a cell in transition may look like, trying to change, though perhaps unable to with a palpable desire for connection in the form of a dendritic arm reaching out. Conversely, When I’m Scared, is turned inward and curled in a protective, fetal position, unable or in such a state of fright to reach out. 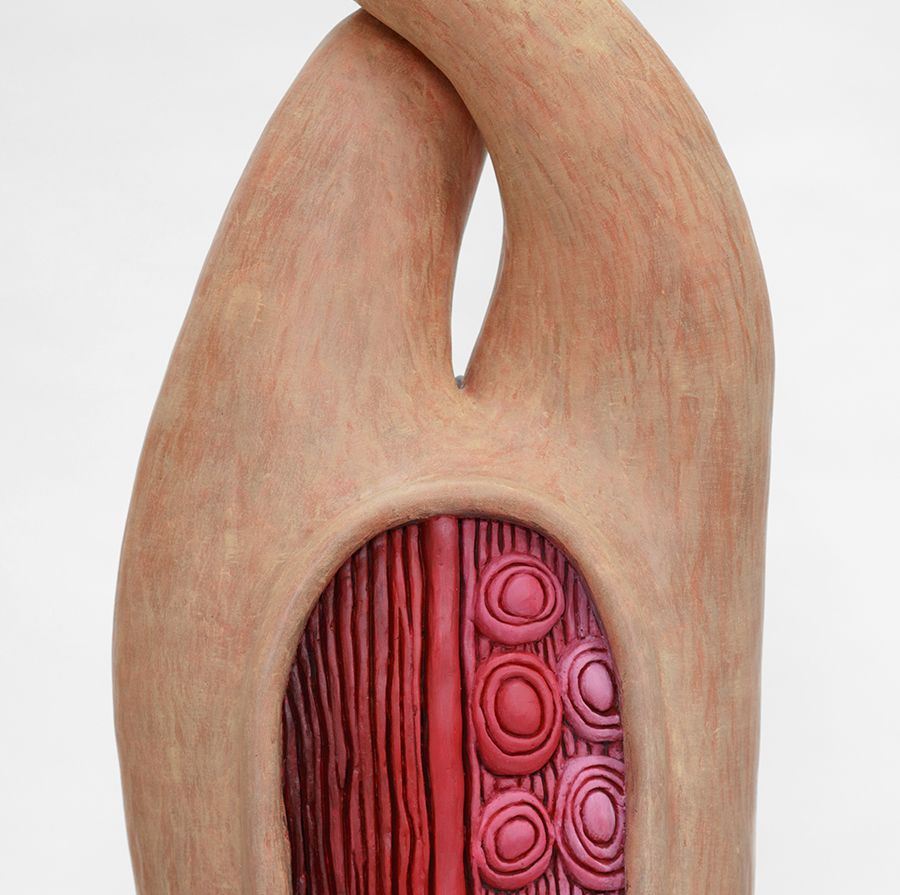 Here and There (Detail)

In Here and There, I explored in great depth the underlying concepts contained in the New York Times article responsible for sparking the larger Dendrites series. Here and There is based on bipolar disorder, a condition my twin step-siblings have. Scientific research suggests that certain conditions like bipolar disorder and schizophrenia have associated degeneration of synapses and dendritic spines. The spines are considered “immature” and do not develop fully. Here and There manifests this discovery in the form of a shortened, almost reptilian spine along her back, while the other attributes of her sculptural form are entirely imagined. Her long dendritic arms are intertwined, though never touch. Her rose to deep red nucleus is filled with sunbursts and striations, representing the intensity of both aspects of this condition—the mania and depression, with the gradations in between. 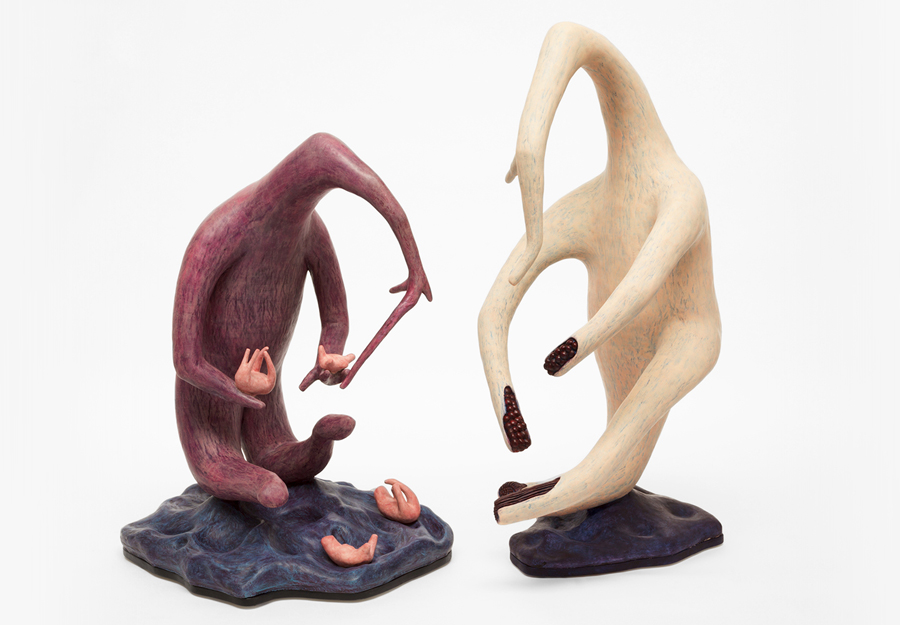 The final sculptural piece in the series, Family of Memories, serves as a bridge from Dendrites into my current series, Vital Memories. The sculptures represent a Madonna and Child grouping with a noticeable twist in the form of a human-like neuron mother cradling several smaller cellular forms. The sculptures also depict bits of memories being assembled and cultivated to create a larger, more defined memory. As I pondered the memory function more, the natural evolution was to create a series entirely devoted to personifying aspects of short term, long term, working, autobiographical, collective, and compromised memory.