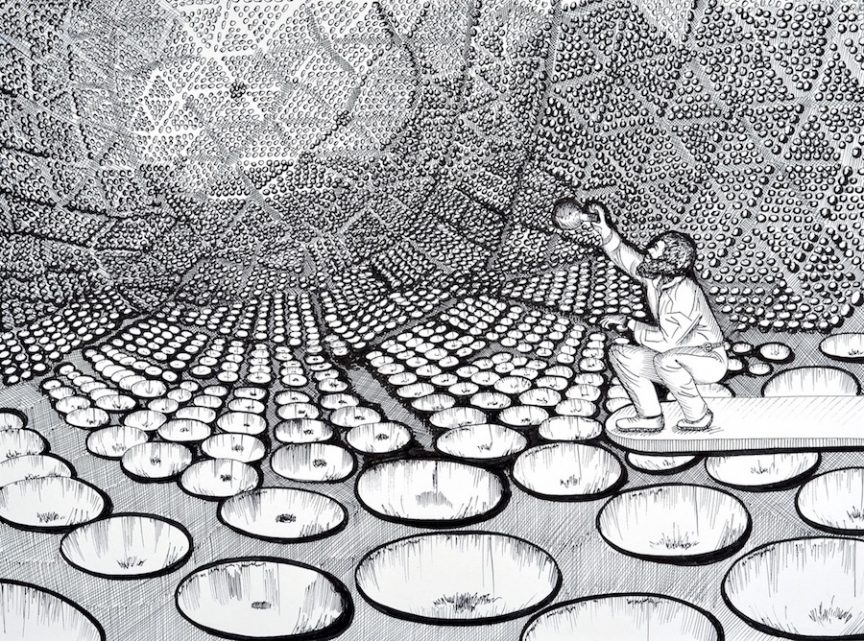 Natalie Maras latest sciart exhibition entitled The Compendium of Living Enquiry is on display at CSIRO’s Discovery Centre in Australia. The exhibition runs until December 16th 2016, but can be found permanently on Maras’ website. In this exhibition, she departs from her normal sculpting mediums and enters the world of pen and ink. In essence, Maras describes her work as “thought provoking colouring material for art-science literate adults.”

What inspired you to create The Compendium of Living Enquiry?

I was inspired to create The Compendium of Living Enquiry following my residency with the National Research Collections of Australia. At that time, I was sitting as an artist among scientists, overhearing their considerations and concerns, and witnessing the unfolding of some of their research issues. While I was fully absorbed on biological soil crusts at the time, the experience of making artistic inquiries in a scientific context stimulated imagery that was broader than my original focus. It struck me that the general public in Australia does not know enough about the daily struggle of scientists at work and the different types of inquiry that exist in scientific research. When I was invited to exhibit at the CSIRO Discovery Centre in Canberra, I knew that was the opportunity for me to explore some of my broad impressions as well as present another entry for the public to explore some of the difficult issues I know to exist in modern science. 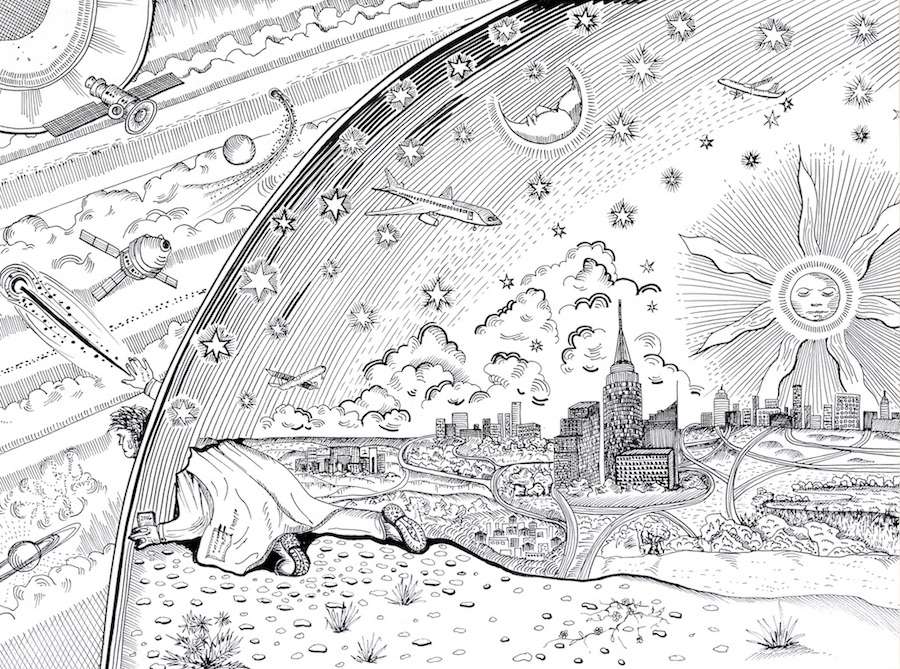 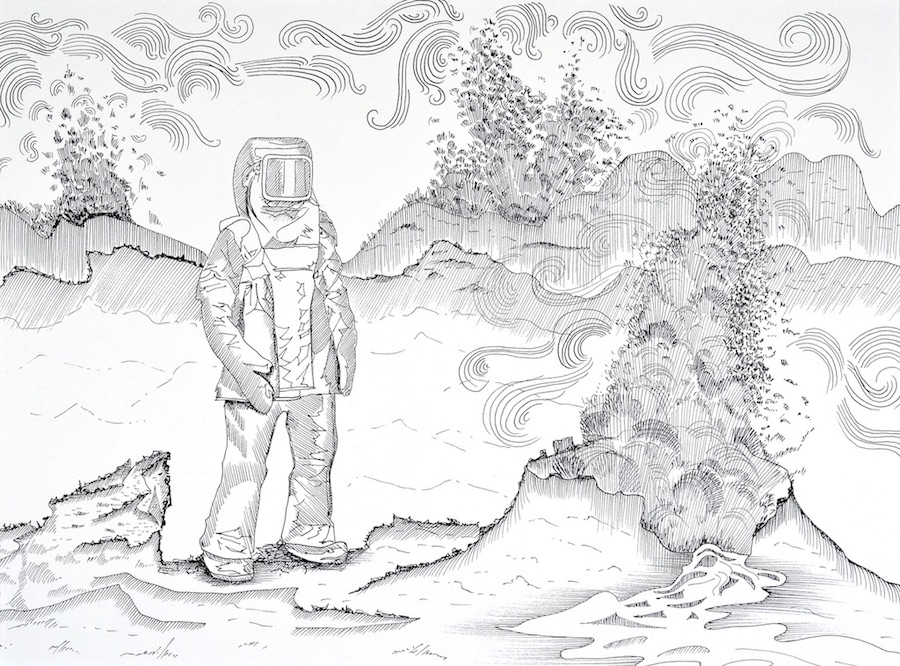 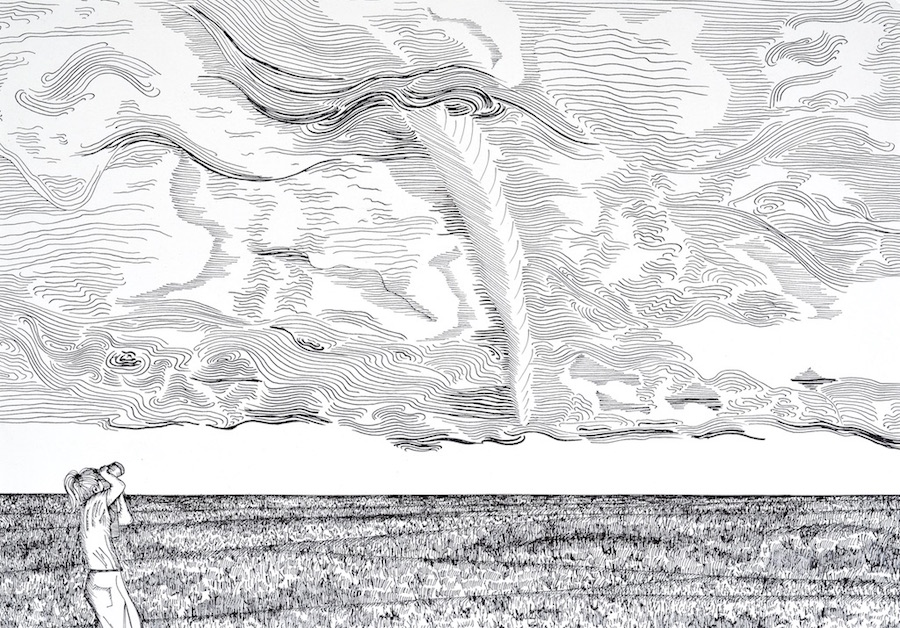 Can you describe your artistic method? What do you use to create your artworks?

I used pen and ink on cartridge paper. I was determined to use a style and medium familiar from old-world etchings. This is my nod to the Renaissance when art and science were more closely bonded than they are today. 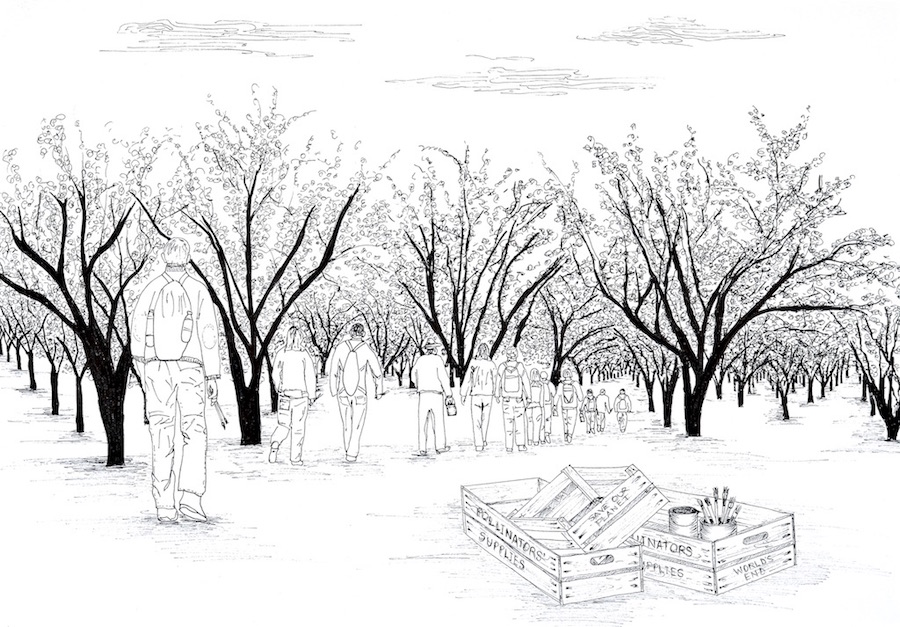 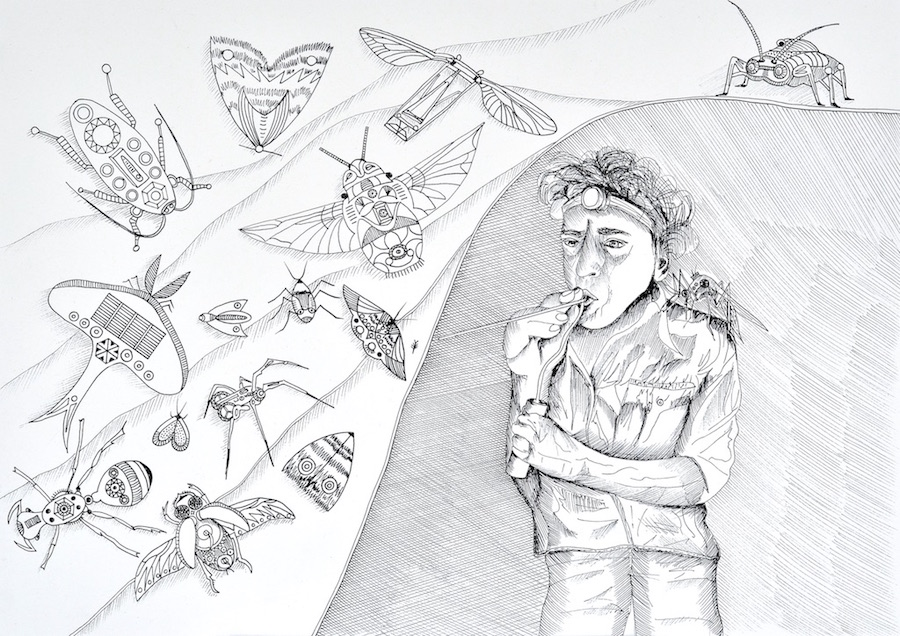 Did you work with any scientists during your creative process to capture different methods of scientific inquiry in your pieces?

During this creative process, I did not work with any scientists as I had done last year for my Interface exhibition. I created my pieces back in my studio; snatching up pen and paper in the middle of the night as an idea came to me, scribbling down notes during commutes and ducking into the art library to remind myself how the Renaissance masters etched clouds. I am immeasurably grateful for late night science radio programs, which also fed ideas into my creative process. 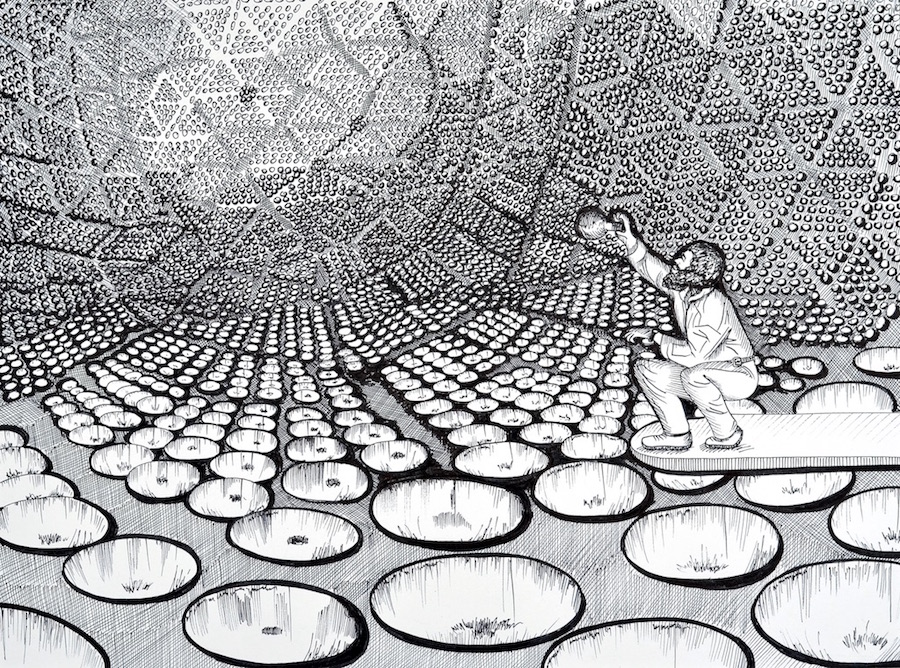 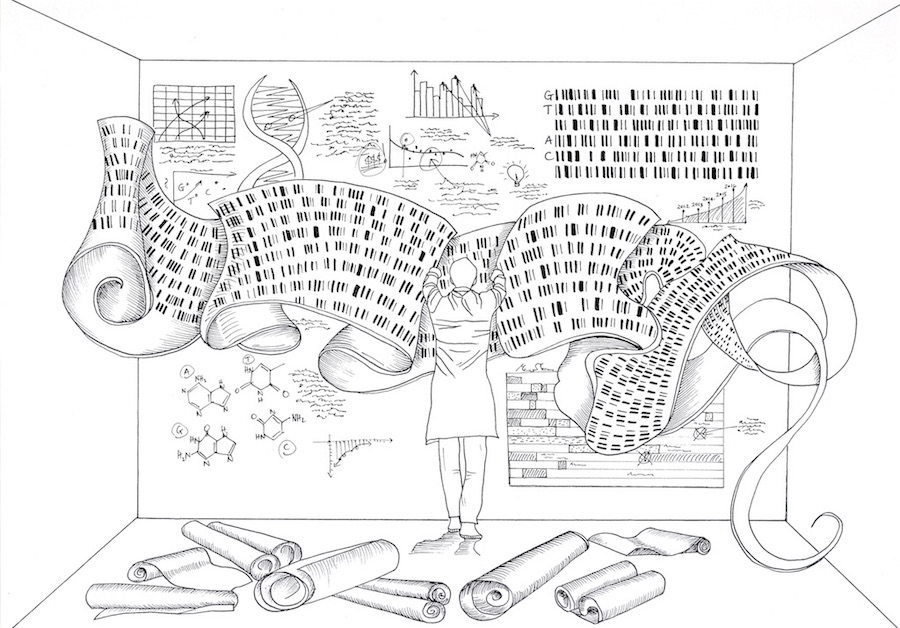 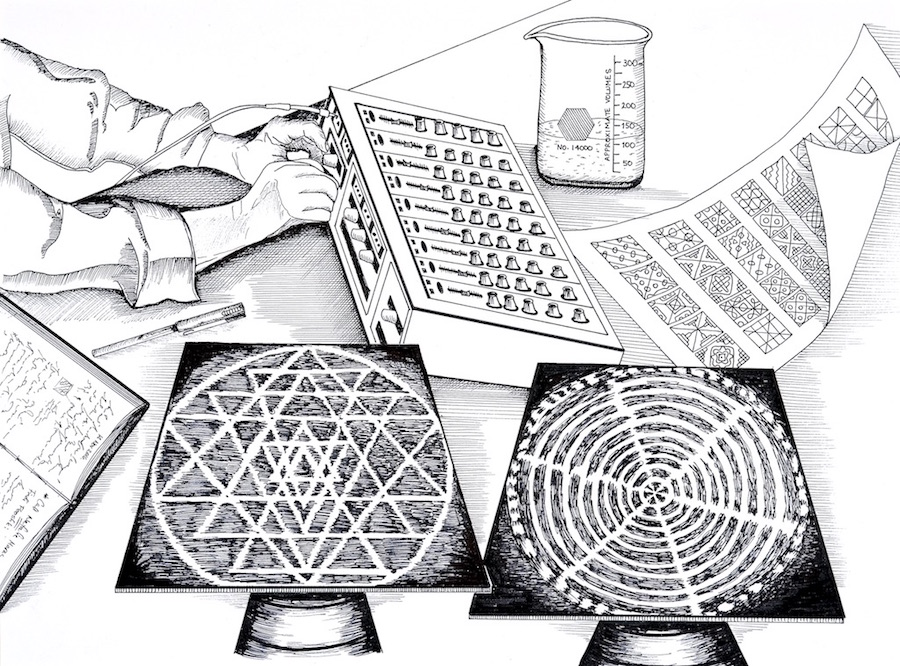