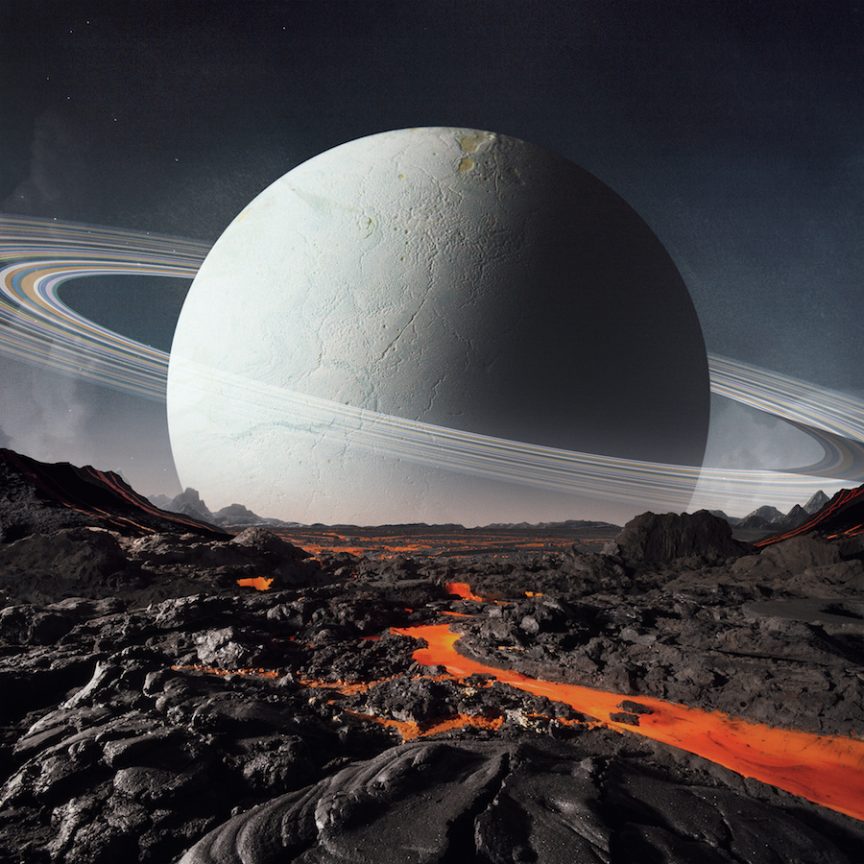 Adam Makarenko is a Toronto-based photographer, filmmaker, and sciartist whose miniature exoplanet experiments quench our curiosity when imagining a world beyond our own. Drawing influence from astronomy and astrophysics, Makarenko constructs his own realities of the cosmos with small-scale dioramas. He describes his ongoing project Exoplanets in our interview below. 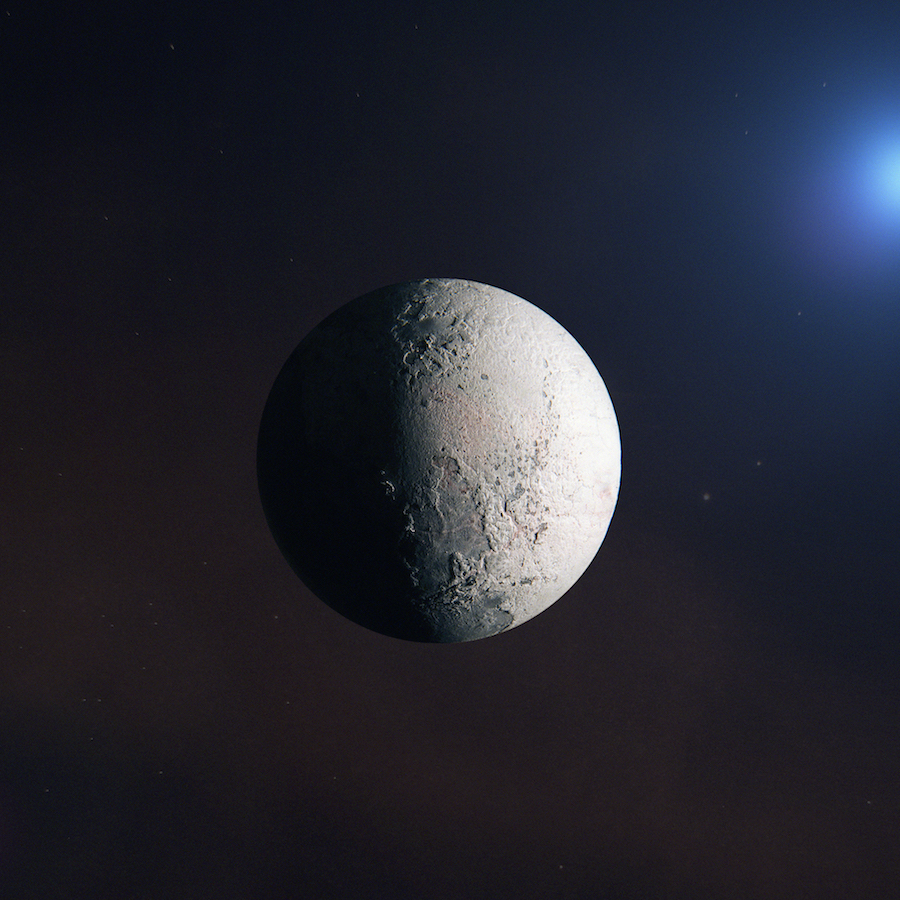 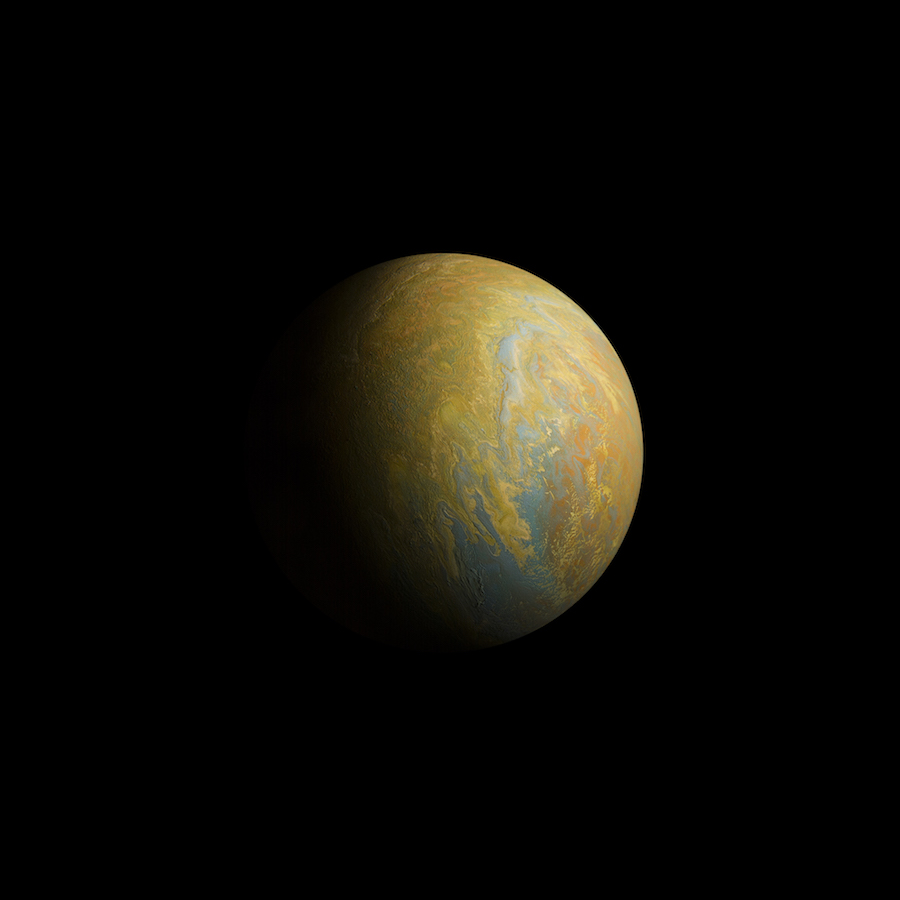 What inspired you to create miniature exoplanets?

Before the exoplanets series, I started a photographic series of miniature-­made space probes (that is still ongoing). I originally began making exoplanets, because I needed planetary backdrops for some of the space probe scenes. After a while, the exoplanet work just took off and became a series of its own. Now, it runs in tandem with the space probe series. For me, it is really about reaching out into the cosmos trying to find the meaning of life, and answering the biggest questions we have. 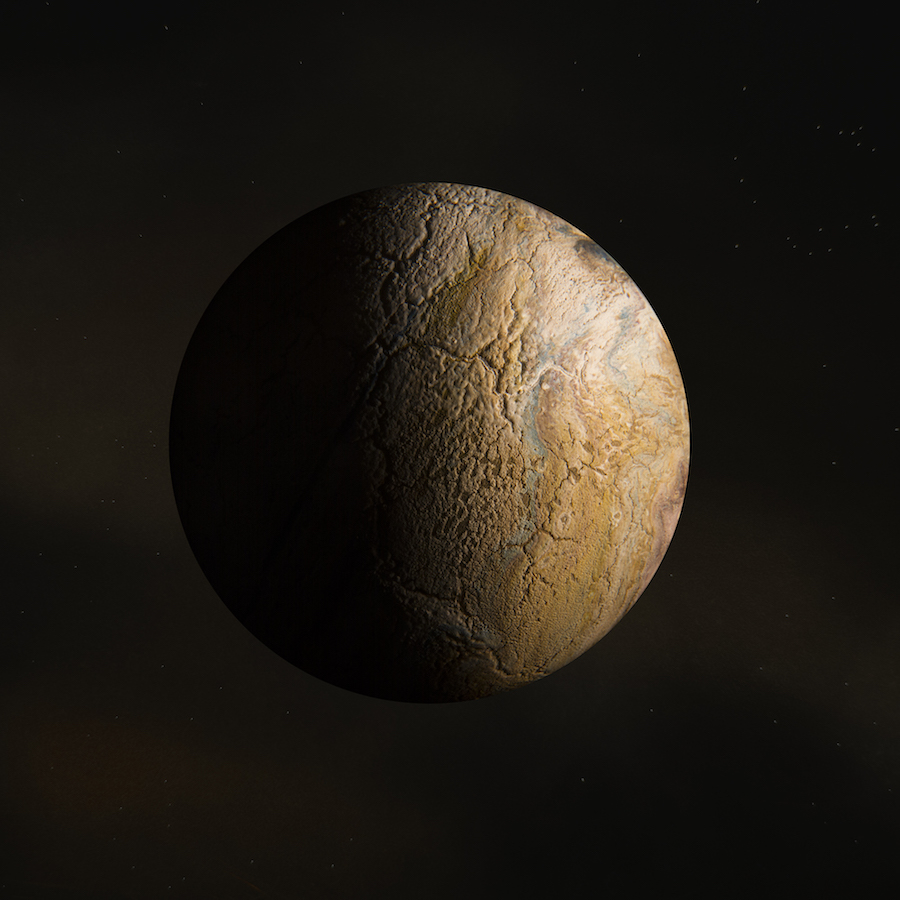 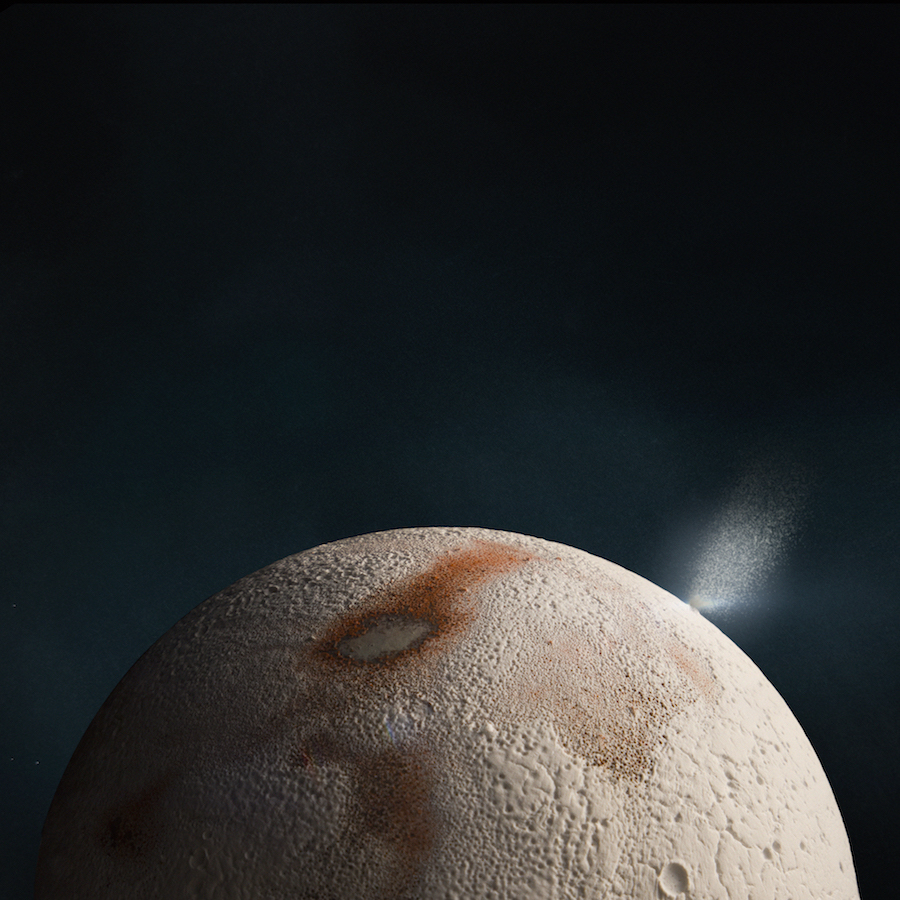 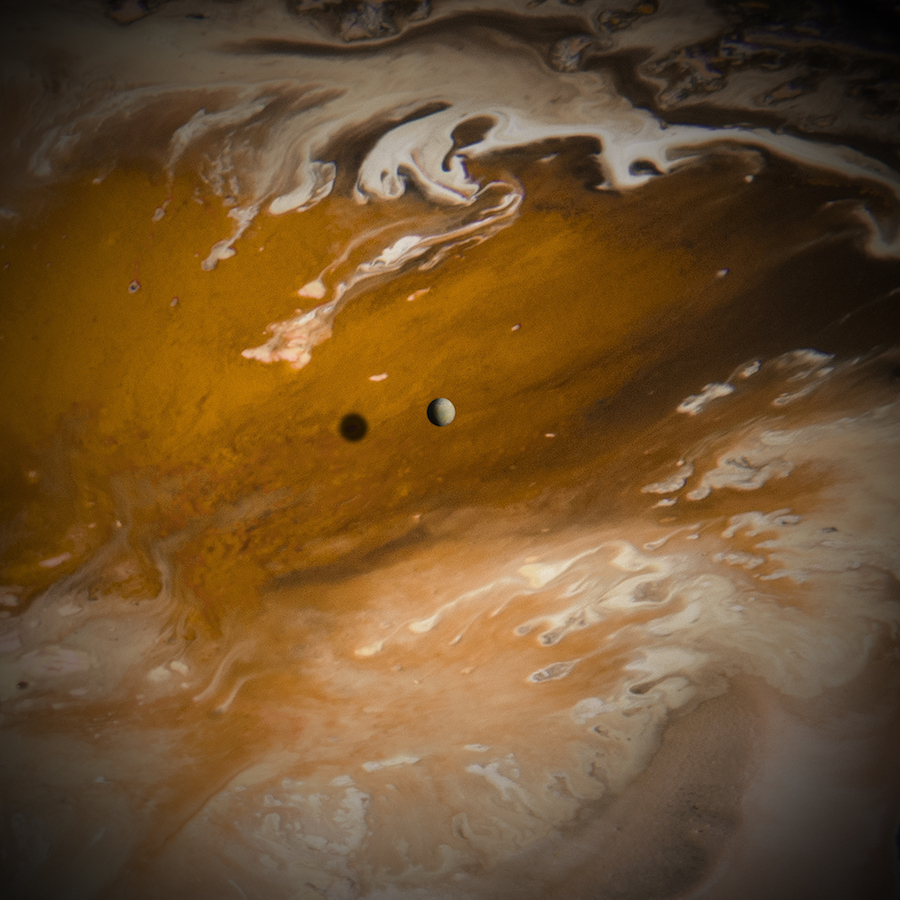 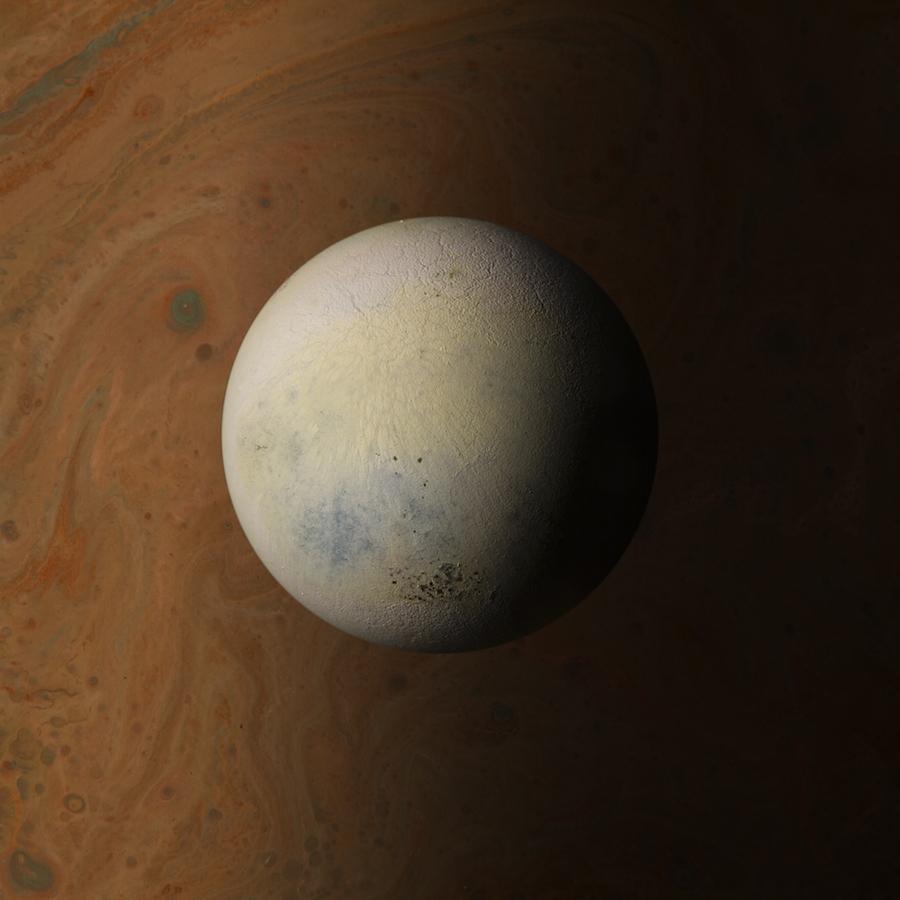 Can you describe the process of creating the exoplanet series?

Overall, creating an exoplanet can be compared to an abstract artistic process. Yet, I usually start with a rough idea in mind,  i.e. a rocky body planet, or a gas giant. Once I decide which way to go, I typically make the planet’s shape out of spheres of plaster or styrofoam. I use a variety of paints, and have developed several methods for creating texture and detail. The goal is to try and make them resemble something that could be real. I create the star backdrops by punching holes through black construction paper, and I make the accretion discs by running coloured strips through a time lapse process (adapted from an old film FX technique). I try to do as much as possible in camera, so afterward it is cut and paste work (versus heavy post manipulation). The only digital elements I use are the larger stars, suns, and sometimes particles. I really enjoy the organic aspects of making the exoplanets. 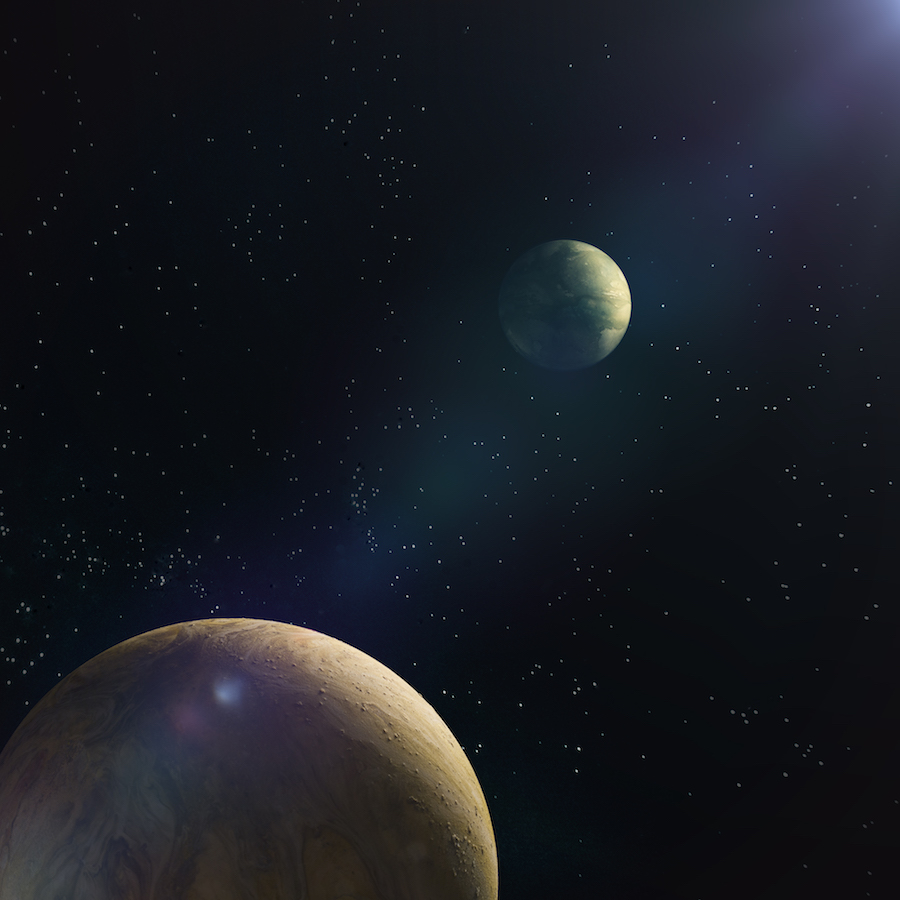 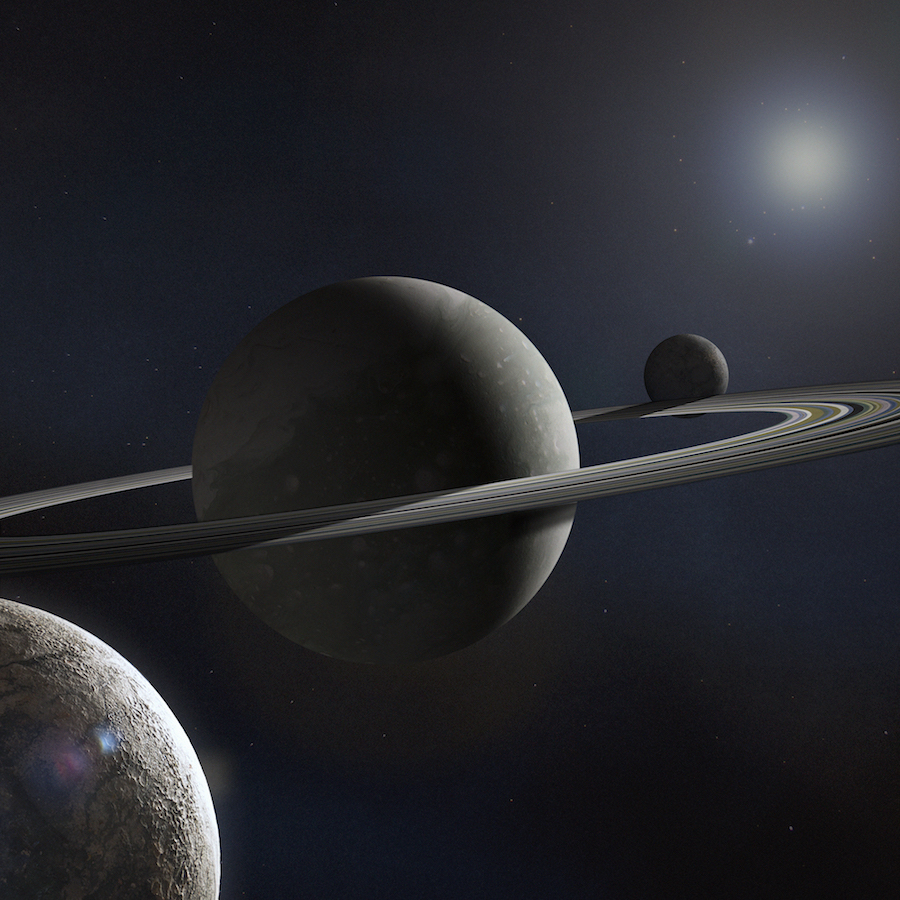 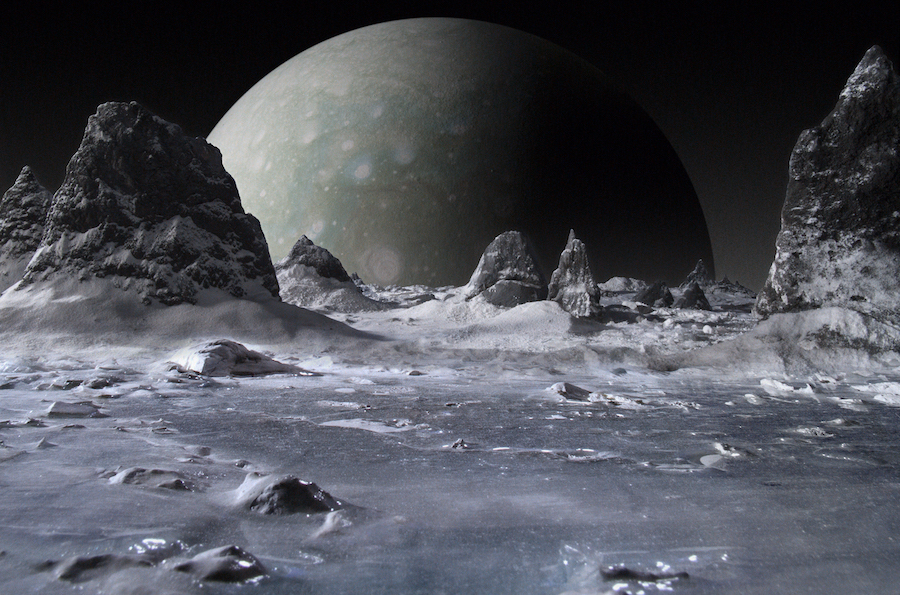 Which Exoplanet piece stands out to you, and why?

The exoplanet that stands out the most to me is A View from a Volcanic Moon, probably because the set was so big, and the most elaborate to date. I also like the way it turned out aesthetically. 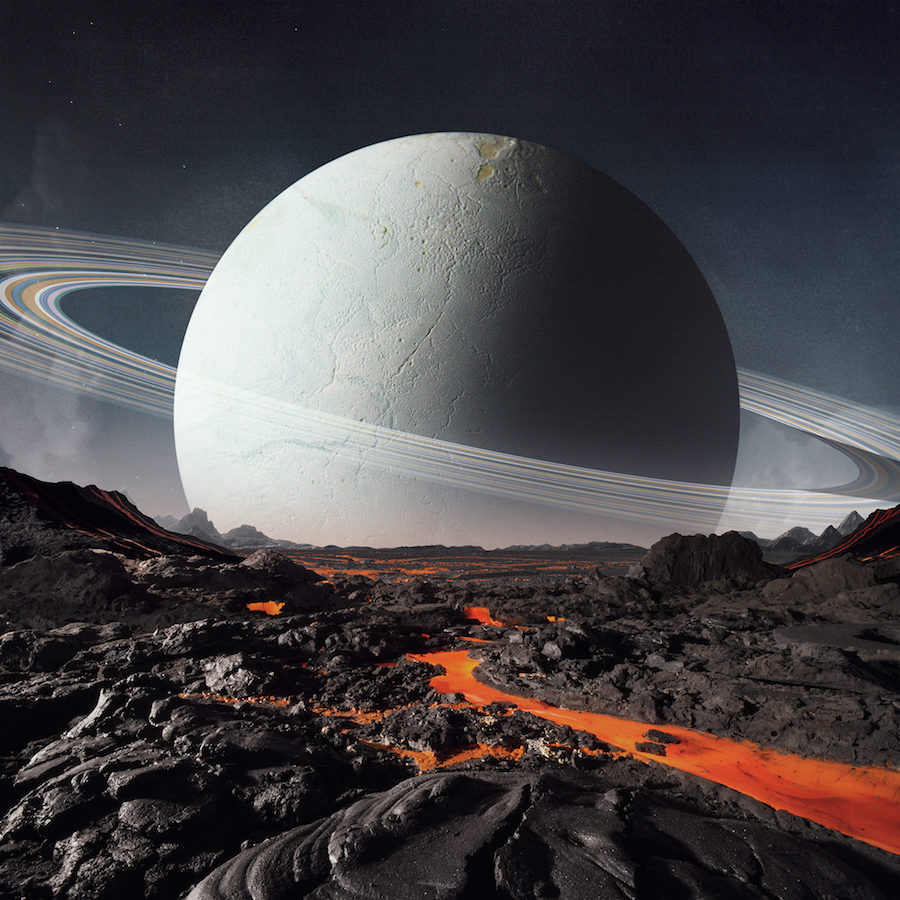 A View from a Volcanic Moon 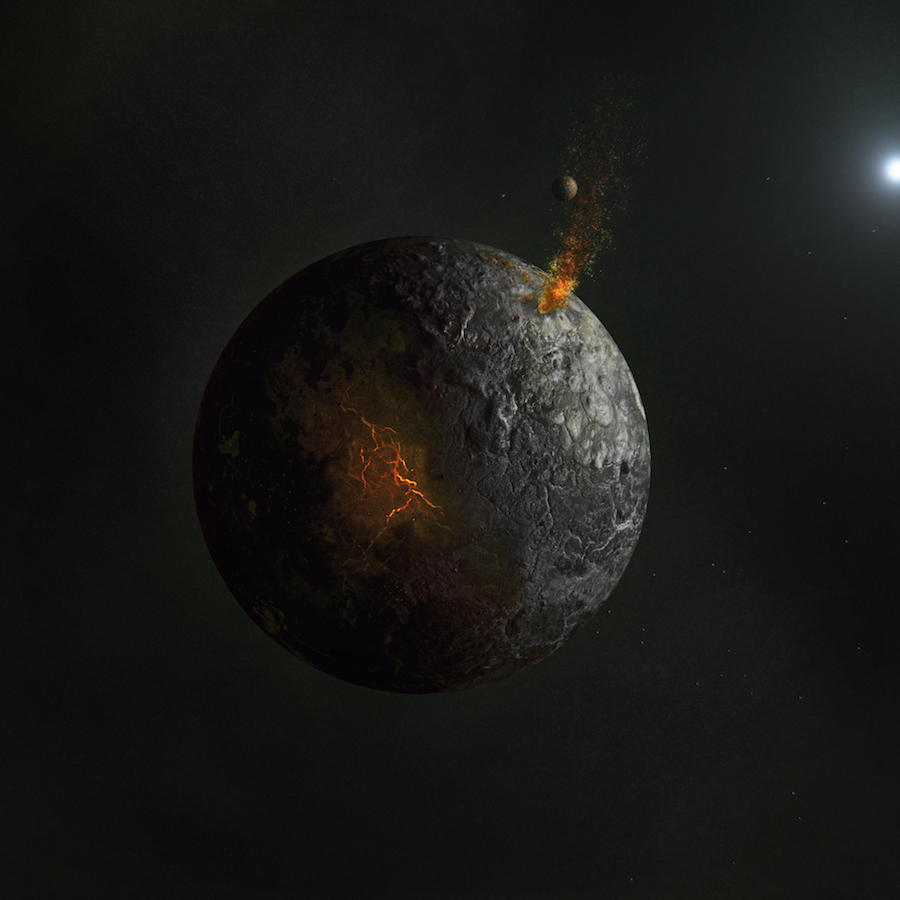 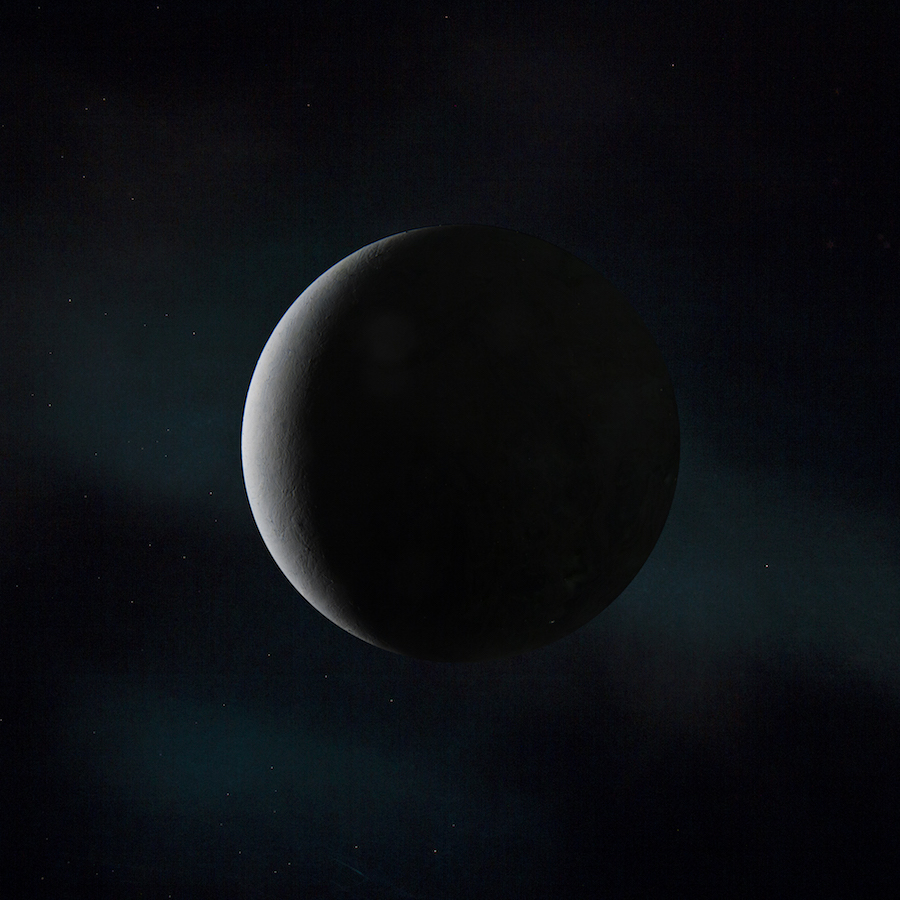 Other than your website, have you exhibited the Exoplanet series anywhere?

I recently exhibited A View from a Volcanic Moon at the Art of Science exhibit at the University of Arizona Lunar and Planetary Laboratory. It was a great show, with a lot of great planetary art, so I was glad to be included in it. The work is now part of their permanent collection. 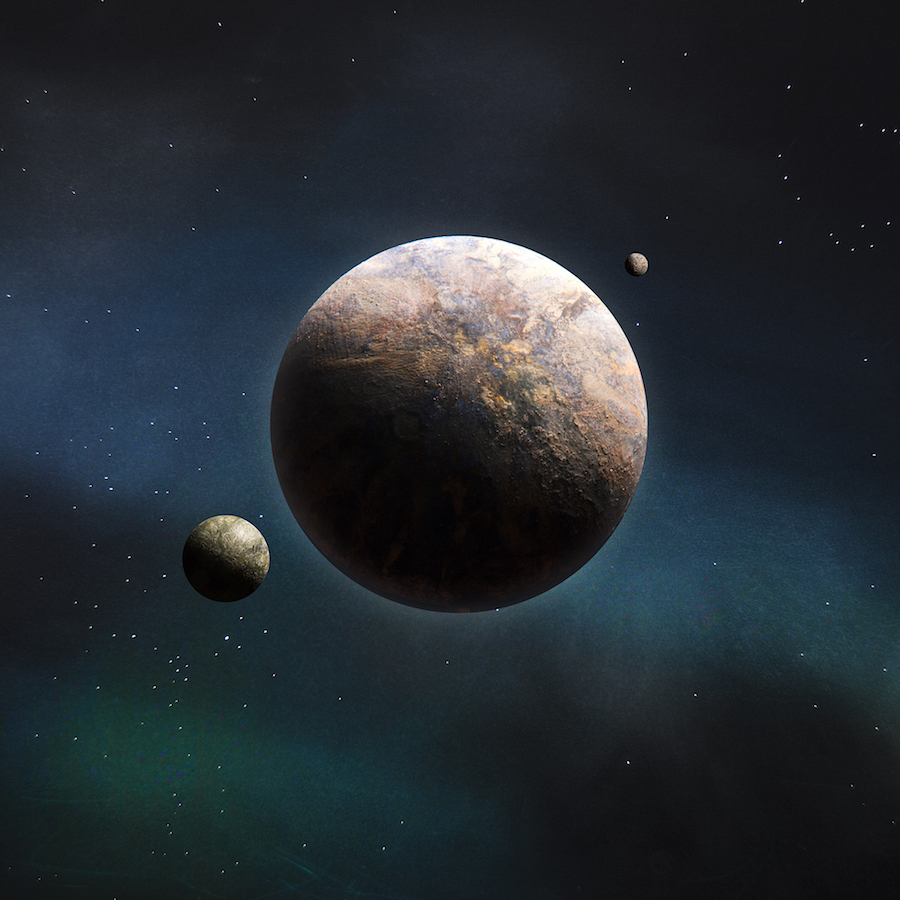 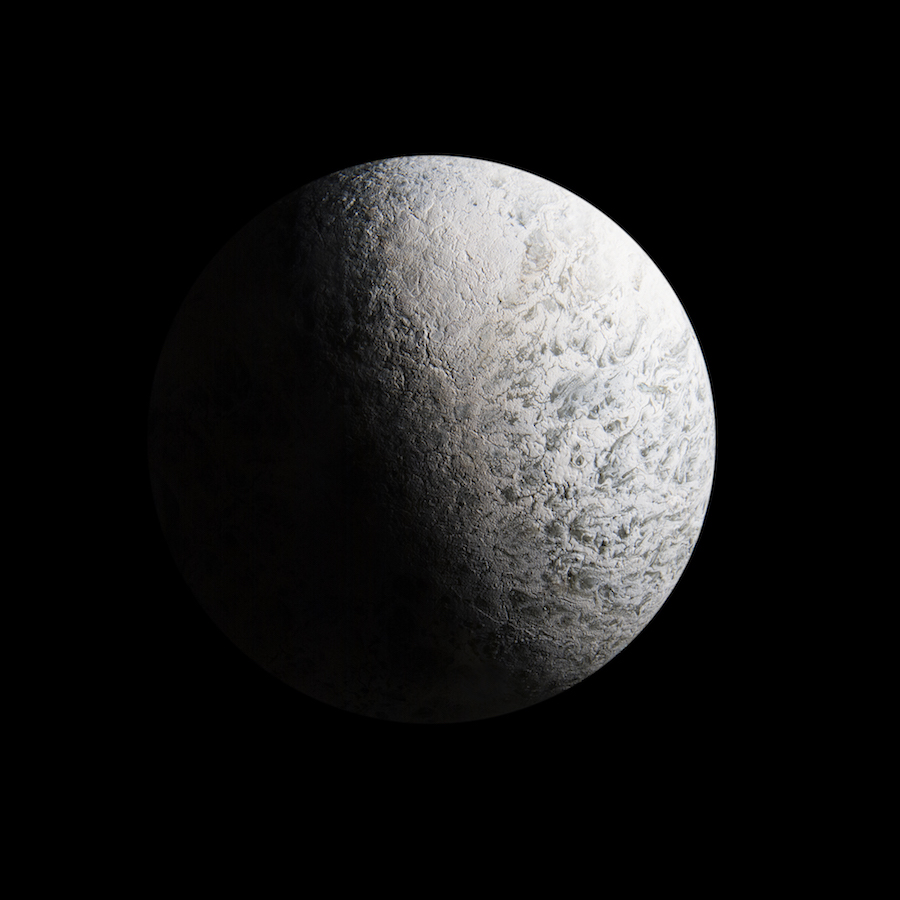 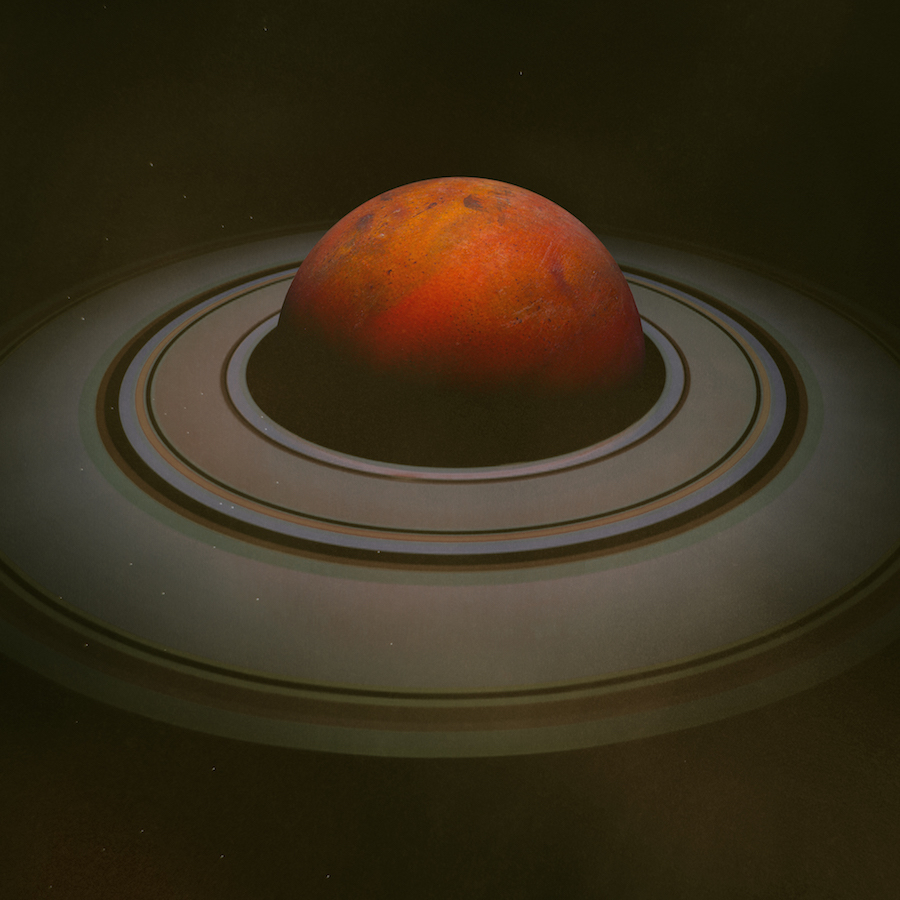 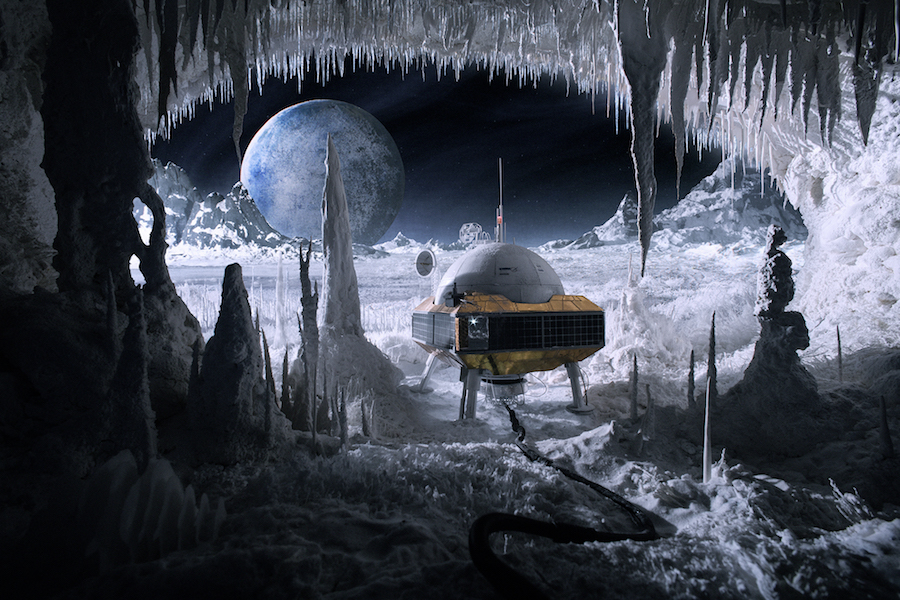