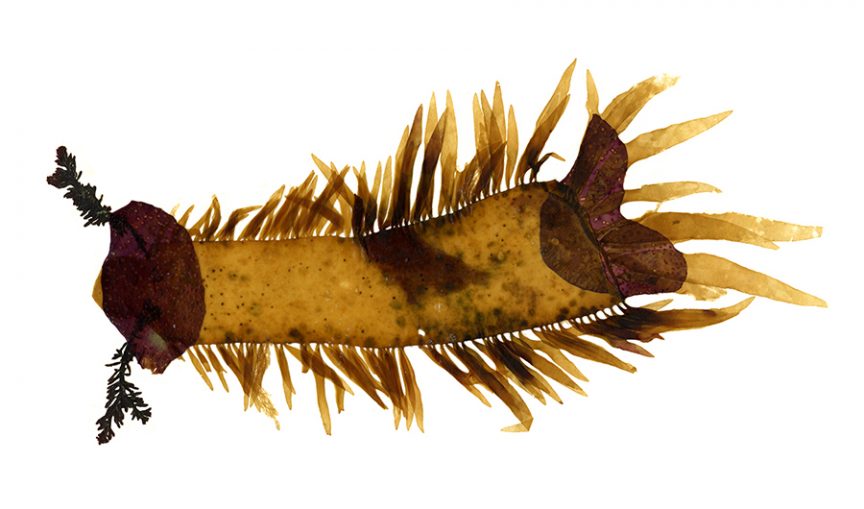 Gail Wight is a new media artist based in California. She is also an associate professor in the Department of Art and Art History at Stanford. A SciArt pioneer, Wight integrates biology, neuroscience, technology, and other sciences into her art. In her work Copepodelia, she explores the worlds of copepods through an artistic lens.

What inspired you to create a body of work based on copepods?

My previous project was about the Pacific Ocean (Pacific Waterfall), which had me shooting photos of waves, mostly in stormy weather from August through March. I was working on the cliffs above the water in Sonoma County. It’s a place I’ve camped for at least twenty years and now have a little cabin. Spending long hours of intensive focus high above the shoreline made me realize that  I didn’t understand much about this environment. 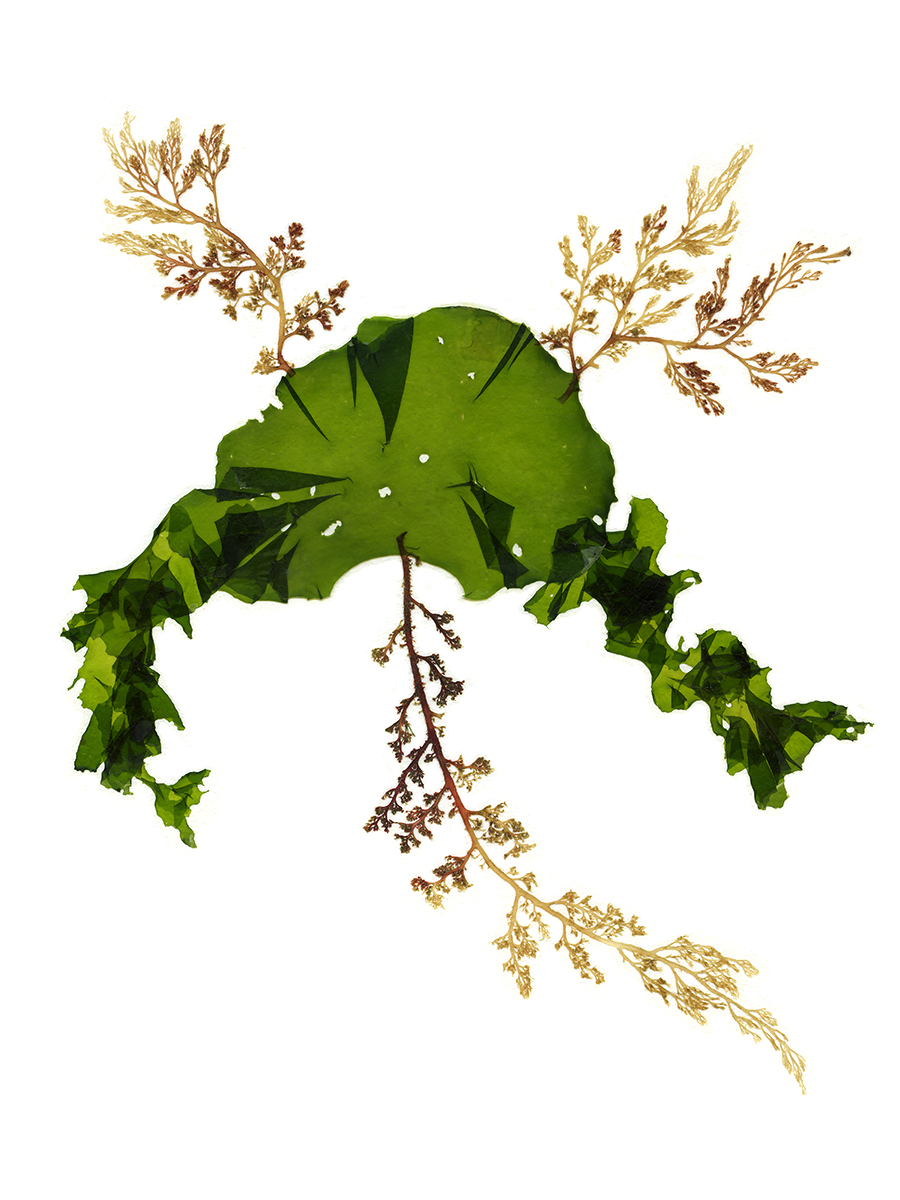 So I started reading about the intertidal zone, sand, seaweed, and marine animals. I’d done some reading about this in the past, but I decided to really dig in. Melanie L. J. Stiassny has authored a fantastic book called “Opulent Oceans: Extraordinary Rare Book Selections from the American Museum of Natural History”. It’s part of a series that the American Museum of Natural History (AMNH) has recently published. Stiassny’s short essays accompany gorgeous illustrations from the past 400 years or so. Her writing is wonderful; she recounts tales of historical ocean expeditions, but also discusses the incredible flora and fauna of the sea.

At one point, she writes about copepods. I was familiar with Ernst Haeckel’s illustrations of copepods and had heard the name of this animal, but didn’t really understand what a copepod was. Suddenly, I was reading that copepods are the most numerous animal on the planet! What!? I thought insects had that honor! Suddenly copepods just took over my thoughts.

Why did you select Victorian seaweed pressing as your medium for Copepodelia?

Well, I started out just wondering what I could do with seaweed. I was determined to learn more about my local environment, and the beach closest to my cabin is heaped high with seaweed during the summer. I’m talking about piles a meter wide and half a meter deep that run for long swaths of the beach – massive stinky tide lines. I thought: If I’m going to learn about my local beach, I need to embrace this putrid mass.

I was astonished, and really surprised, by how many different seaweeds showed up on this one little beach. I visited beaches to either side, north and south of this location, and most had four of five types of seaweed that showed up with any regularity. My local beach had about forty! It was a great exercise in learning the names of these algae. I still have much to learn, but I’d never made as many distinctions before, or comprehended the basic categories.

It’s been a long, ongoing topic in my studio practice, to pay attention to the life forms that we ordinarily dismiss as dull, as trash, weeds, or pests. Here was another great example, right under my feet, that I hadn’t considered previously. 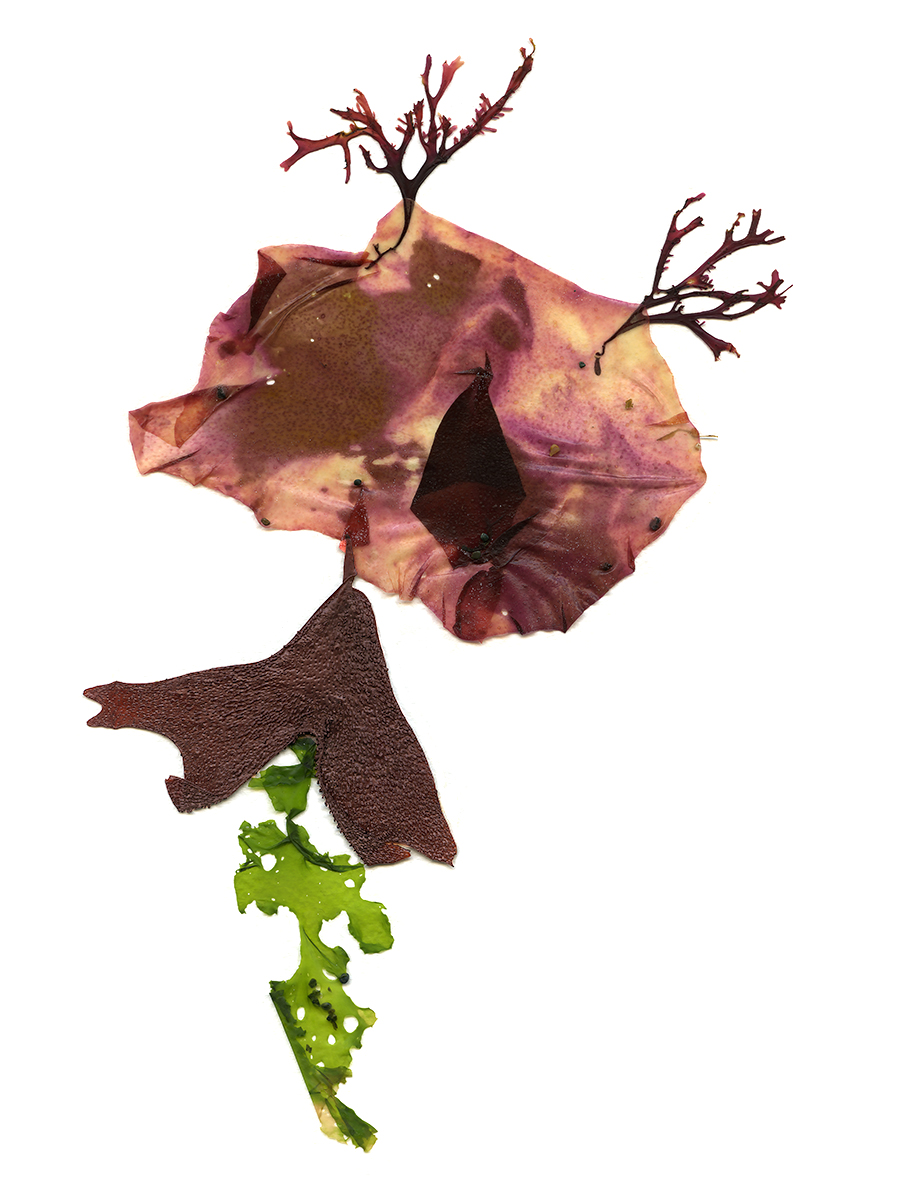 But what to do with this beautiful, but fragile, algae that doesn’t survive on land? I went back to Opulent Oceans! Stiassny also wrote about the role that women and the general public have played in the history of oceanographic science. As someone who fits both of those categories, I’ve long been interested in how scientific research interacts with the everyday, and how women might change the practice of scientific research. There were women who were brilliant accomplices to famous scientists, and a few who were scientists in their own right. In the Victorian era, collecting and pressing seaweed became a fad among women. It was an accessible and acceptable way to participate in popular science. It’s easy to dismiss this as a folly or a dilettante activity, but seaweed pressing brings one into close observation and conversation with another life form, and nurtures a sincere appreciation. I thought I’d try it. I looked for everything I could find, and found some good technical advice, but I didn’t find much beyond pressing the seaweed for a kind of anatomical display. I had copepods on the brain, and was wondering how to portray them – this seemed like the perfect fit. It was a great impromptu drawing material, and led to other seaweed projects in the works.

Was there a specific reason for choosing seaweed from a small beach in northern California?

I mentioned that I was photographing on the cliffs above this beach, and that I’d already spent a lot of time in the area. But I didn’t really know much about the details of this landscape, and that surprised me. You know, I’d come to this area for vacation, and while there I’d read John Muir’s Summer in the Sierras, with all of this exacting detail about a very different place. I’d read all about the specific trees he was discovering, without fully appreciating the trees I was sitting beneath, the trees that were shading my book.

Contemporary life keeps us very busy and distracted and always looking elsewhere. I think this is very common. Ken Burns gave the commencement speech at Stanford this past spring, and he urged students that the most important thing they should do was travel. I get it, and for the most part, I agree. Yes, getting out and seeing the world expands our understanding and our ability to empathize. At the same time, my tendency to look out at the horizon means that I miss seeing the ground beneath my feet. Not to be too dramatic, but that is, both literally and metaphorically, a dangerous thing. 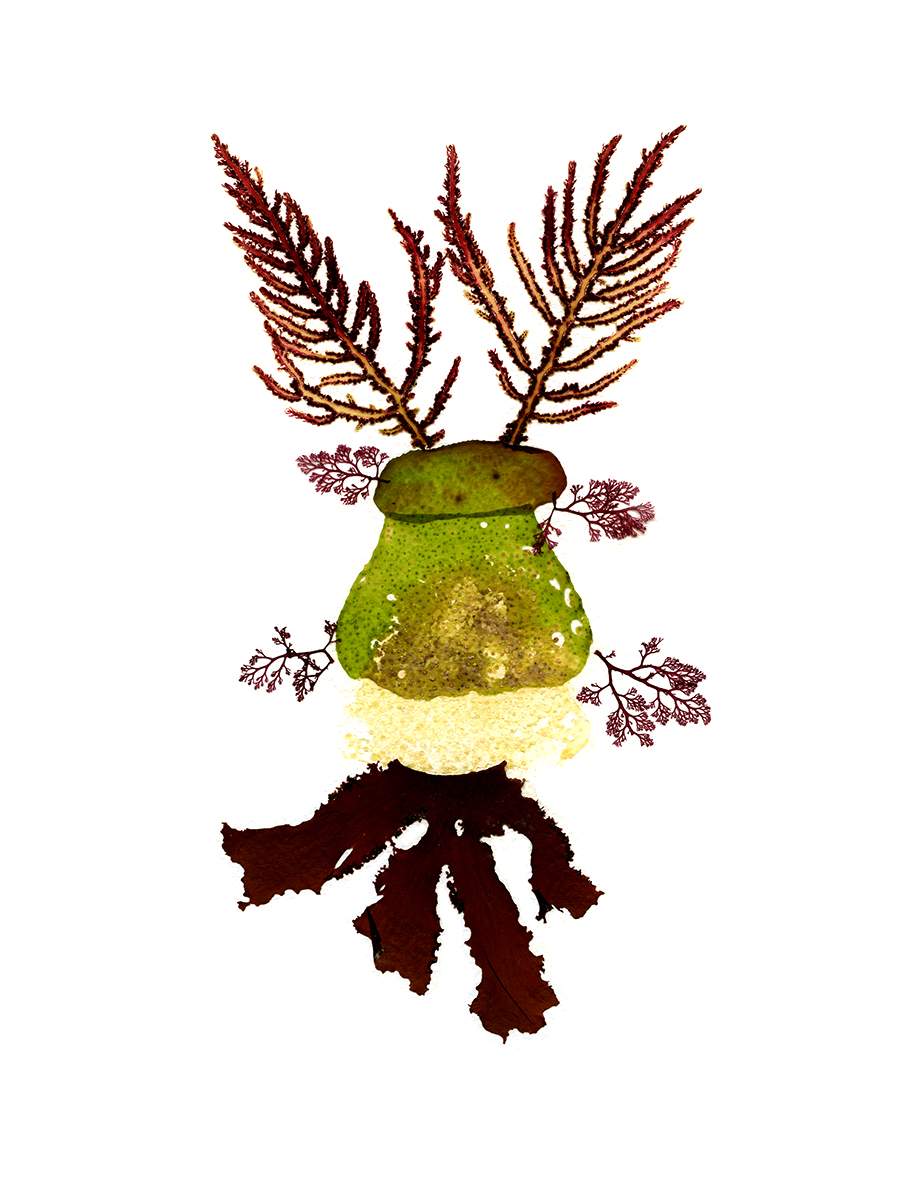 So I gave myself the challenge to dig deep into the local terrain. As beaches go, it’s a humble place. It’s not very big, and it’s pretty rocky. There isn’t any fine sand to speak of. It’s also very active, meaning that the waves reshape the terrain fairly dramatically nearly every day. Lots of debris gets swept ashore, so it’s also pretty smelly: massive piles of seaweed, dead birds, fish, octopus, and sea urchins – you name it, if it’s living out there under the water, this beach is where it will come to die.

Anyhow, in no time at all, I’ve come to love this little beach, fiercely.

What aspects of copepod anatomy did you preserve/highlight in your creations?

I love this question. The answer is based on deliberately cultivating my own ignorance. I started reading about copepods, looking for images on the internet… and then stopped. Before I’d gotten very far in this research, my mind was on fire with all of the variations there might be. Then I read that, while there are more copepods than insects there are way fewer species, and I saw the door closing on the crazy menagerie that had proliferated in my mind. So, I stopped reading with just this basic understanding: Copepods have a body, and a tail for swimming, and maybe a few other swimmy things along their sides, and sometimes they have egg sacks.

That is my favorite difference between art and science. The part of the copepod anatomy that I did preserve, in my naive understanding of crustacean anatomy, is what I perceived as the pure reverie, the playful invention of their form, the beautiful and euphoric variation that Haeckel saw and celebrated long ago.