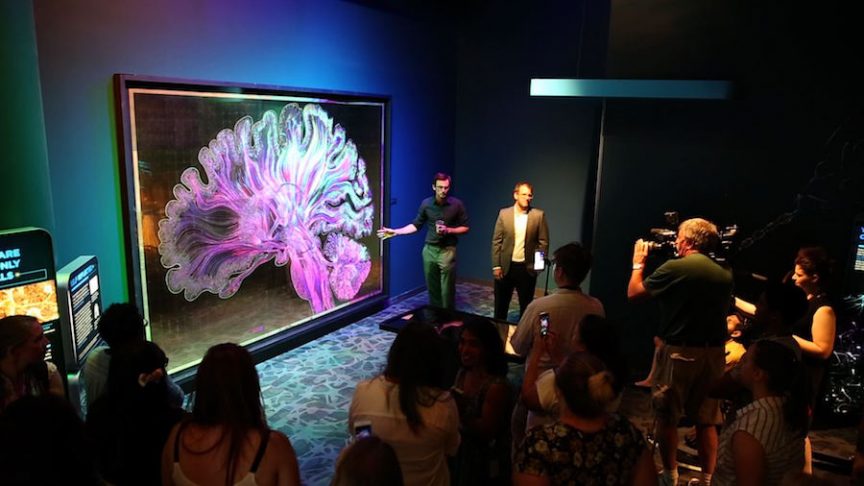 What inspired you to create Self Reflected?

I wanted to create something that really stuck with people, that was really different. There is a huge gap in existing illustration and visualization between what a few neurons look like and what the whole brain looks like, and very few rigorous attempts to demonstrate how networks of neurons behave in time. Most fundamentally, however, I wanted to make something that really gives you an opportunity to consider how utterly insane and magical the brain is. Complexity must be communicated through emotions and perceptions, and by directly showing somebody what half a million neurons look like, you provide them with a stepping stone to ponder the awesome reality that your brain is hundreds of millions of times more complicated than that. Minimum. This is a piece about our most precious possession, about the fundamental root of our humanity and the nature of our consciousness. 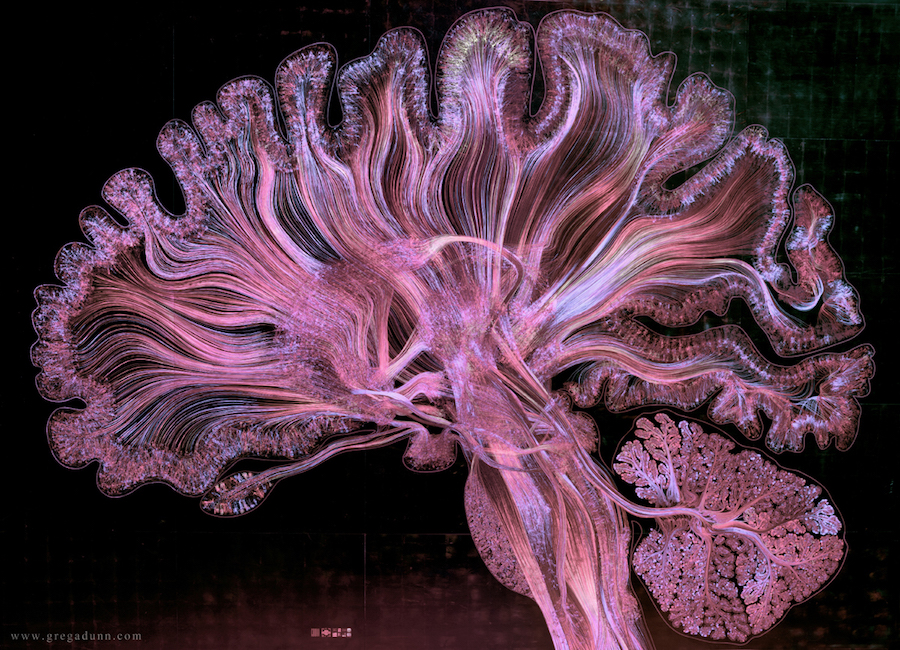 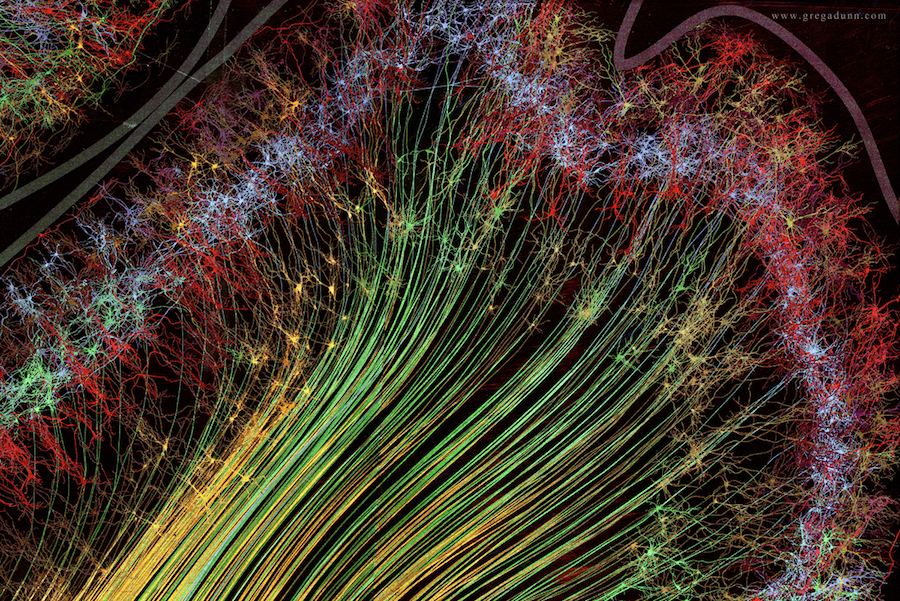 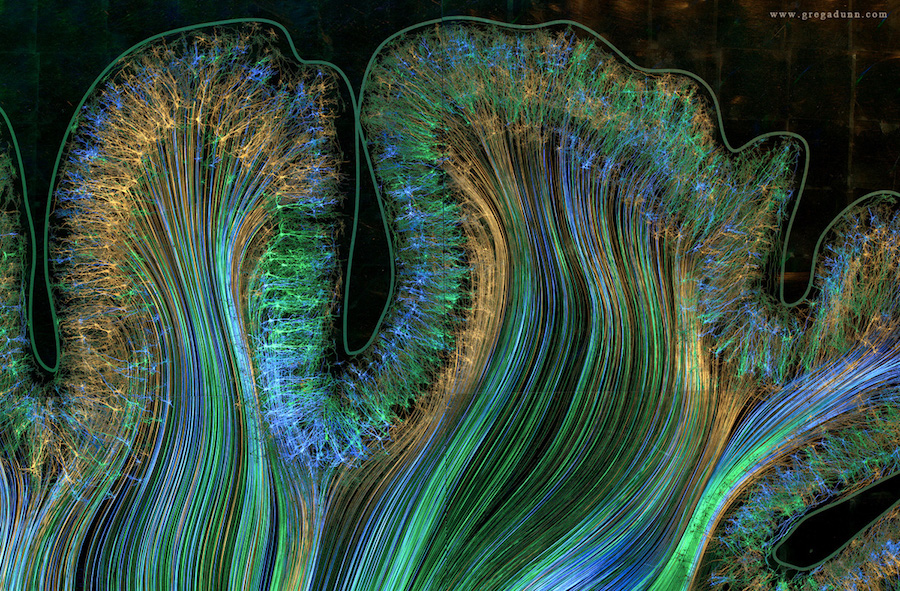 Can you briefly describe what was involved in creating Self Reflected and provide any personal reflections on the process?

It was hands down the most challenging project I have ever worked on. There were so many elements to it, from hand painting all of the neurons, to deeply researching all aspects of the brain, to digitally painting it, to algorithmically simulating the networks, from figuring out how to actually make the physical etchings that large, figuring out how to light it, etc. All of my skills as an artist and a scientist went into making this, and it took every shred of effort I and my collaborator Dr. Brian Edwards could muster. Even then we were just barely able to rescue the project from failure a dozen times. I look on it with satisfaction as I consider it to be the most ambitious and important work I’ve ever done in any medium. 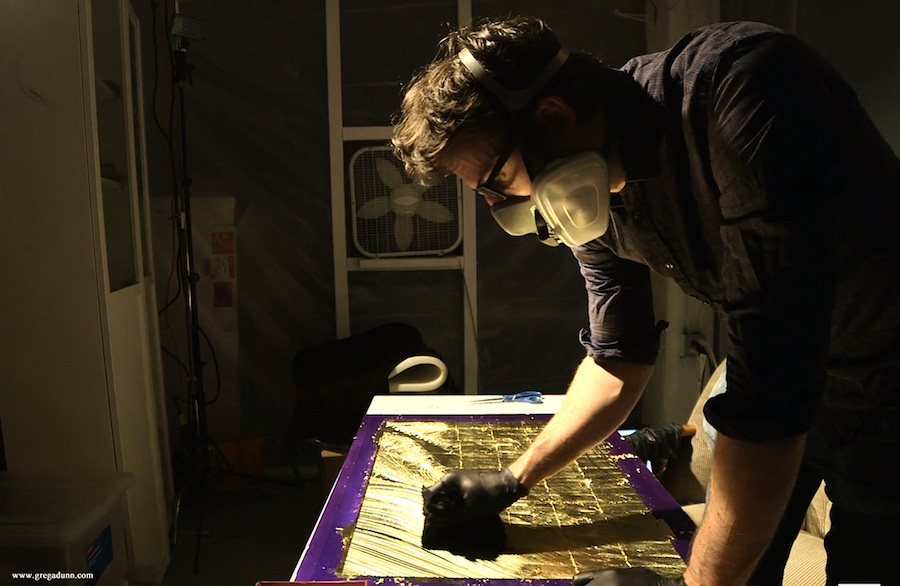 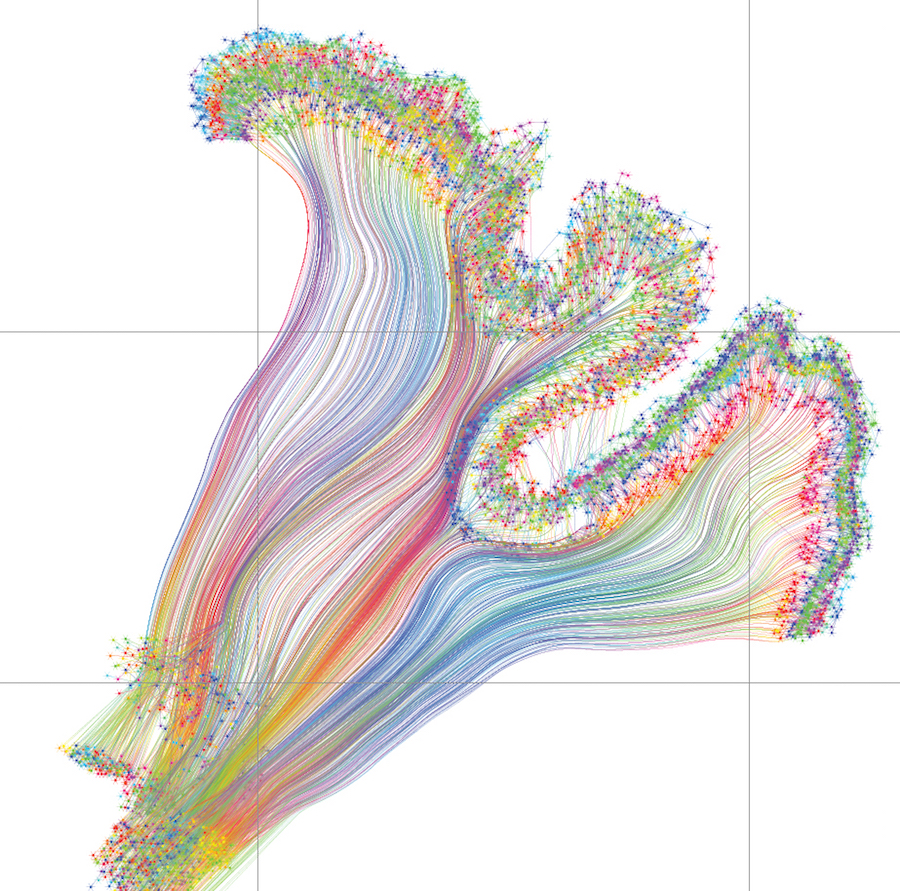 Which Self Reflected piece stands out to you, and why?

For me, the video is by far the most important part of this project. The stills only show a tiny fraction of what Self Reflected really is. I really like looking at the entire piece animated under white light, it is mesmerizing. The video travels around the brain to show all of the regions in detail to really give you a good idea of how complex the brain is. A major shout out to my friend and documentarian Will Drinker who tirelessly worked to produce the videos. Microetchings are very tricky to shoot and he did a great job. 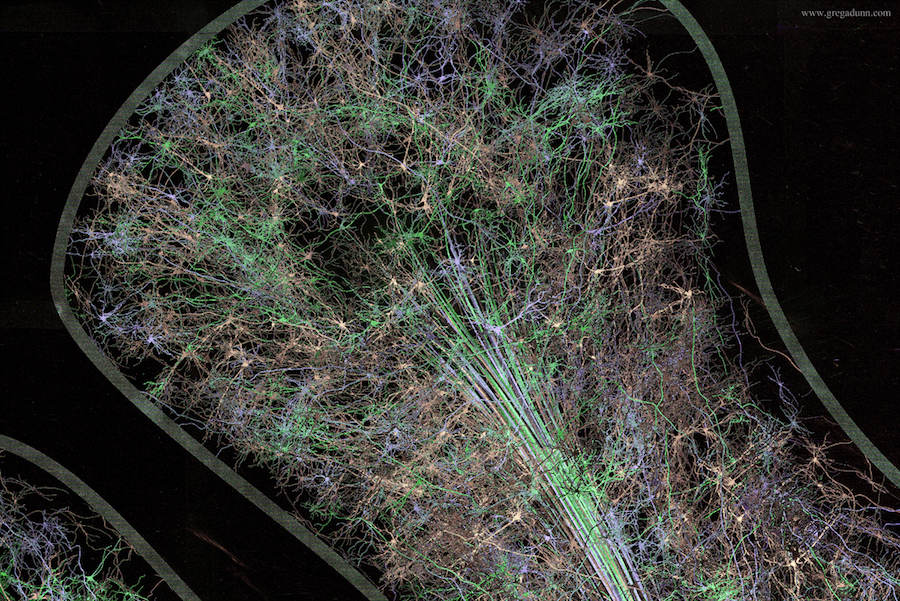 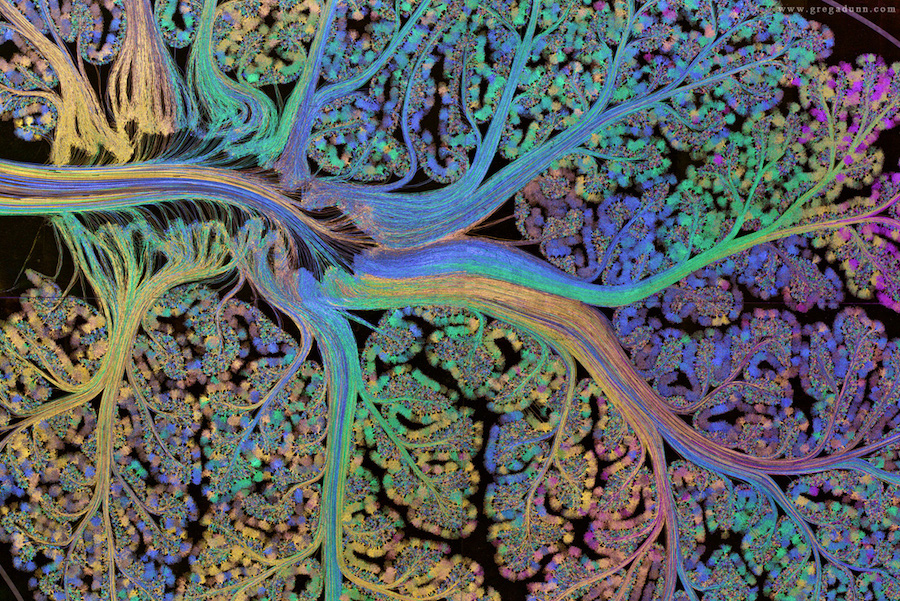 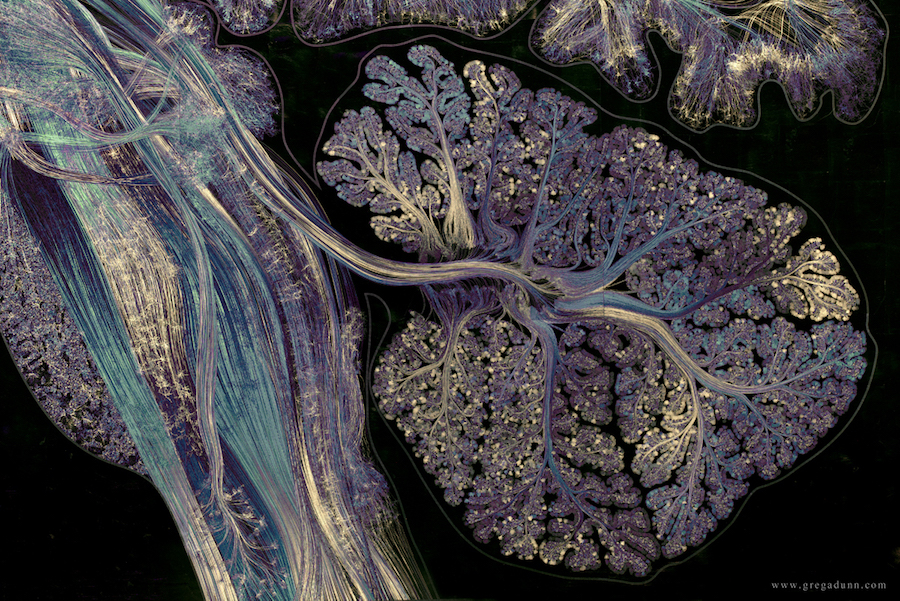 What impact do you hope to achieve with Self Reflected?

I hope that this piece fundamentally changes the way in which the average person thinks about their brain. I want it to be used to educate people all over the world about what a miracle it is, and how lucky we are to have one. I hope that its emotional impact will help to inspire a new generation of neuroscientists to help tackle the most complex problems that humanity has ever faced – figuring out how our brains work. There is an incomprehensible amount still to learn about this organ and we need many bright minds at work on the task!

Brian and Greg with Microetching 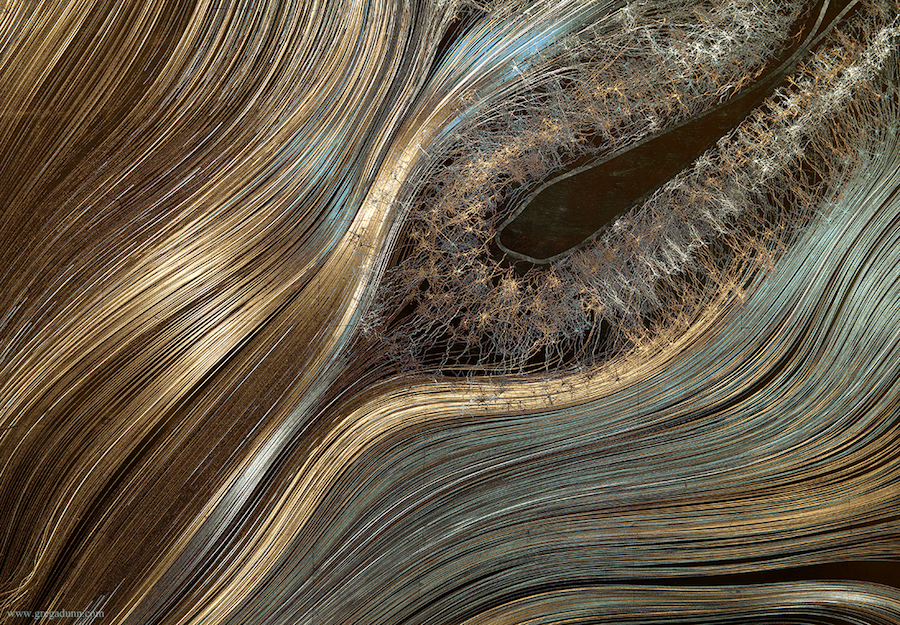 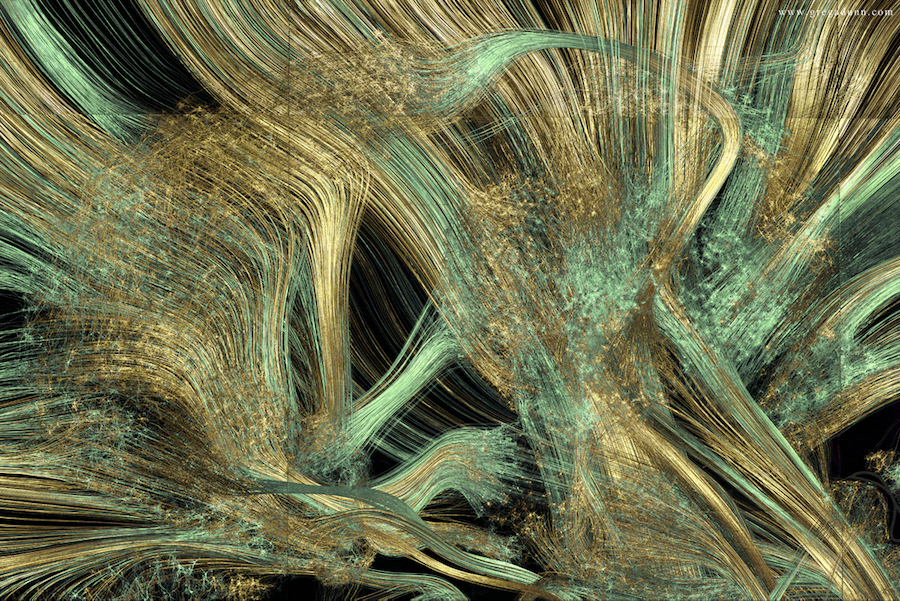