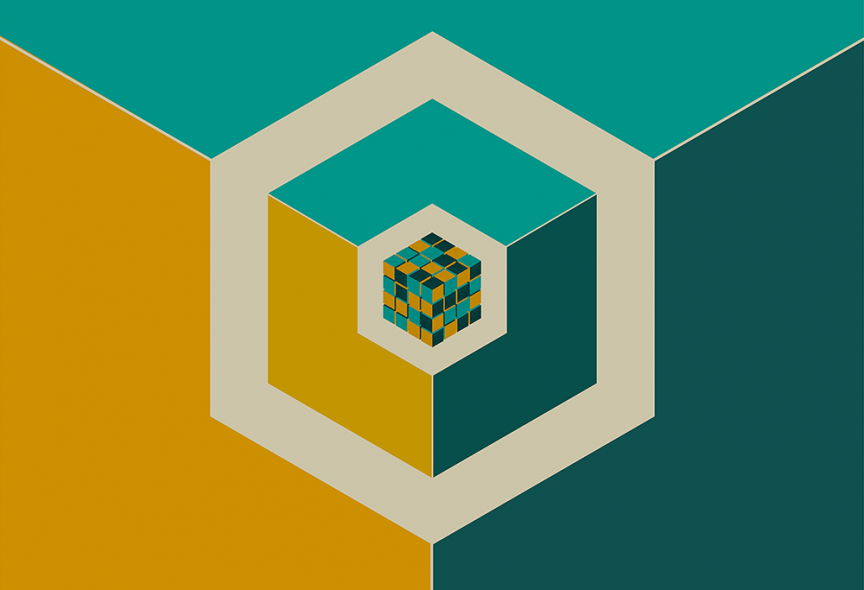 What was your inspiration behind illustrating several fundamental scientific laws?

I do not have much of a science based background. With the exception of required courses in high school and college I never really showed much aptitude for the subject. It wasn’t until later in life that I started to see science and scientific laws as a representation of accepting the world as objectively and honestly as possible. This led to research on some of the fundamental laws of physics and science. I wanted to start from the bottom and work my way up. 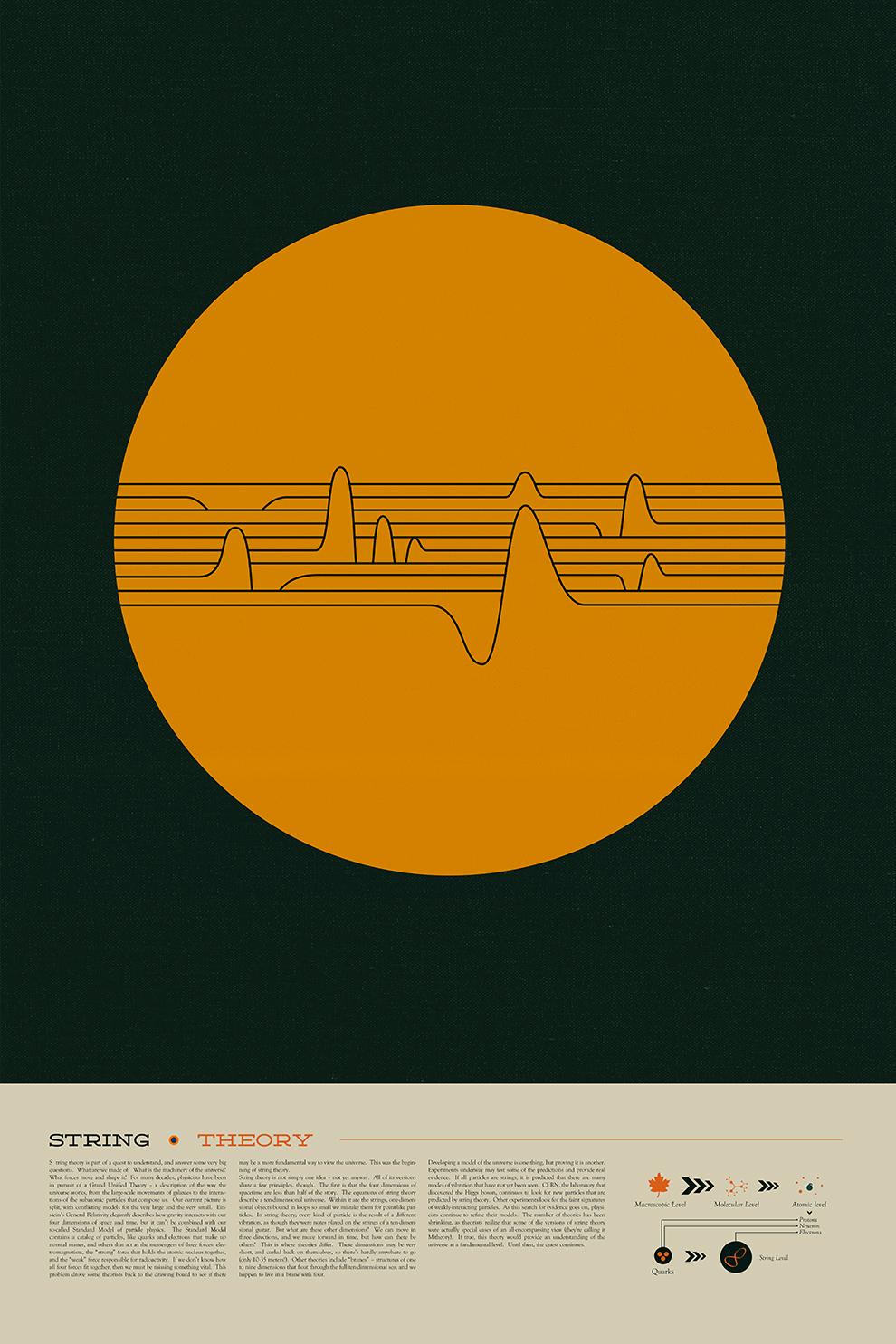 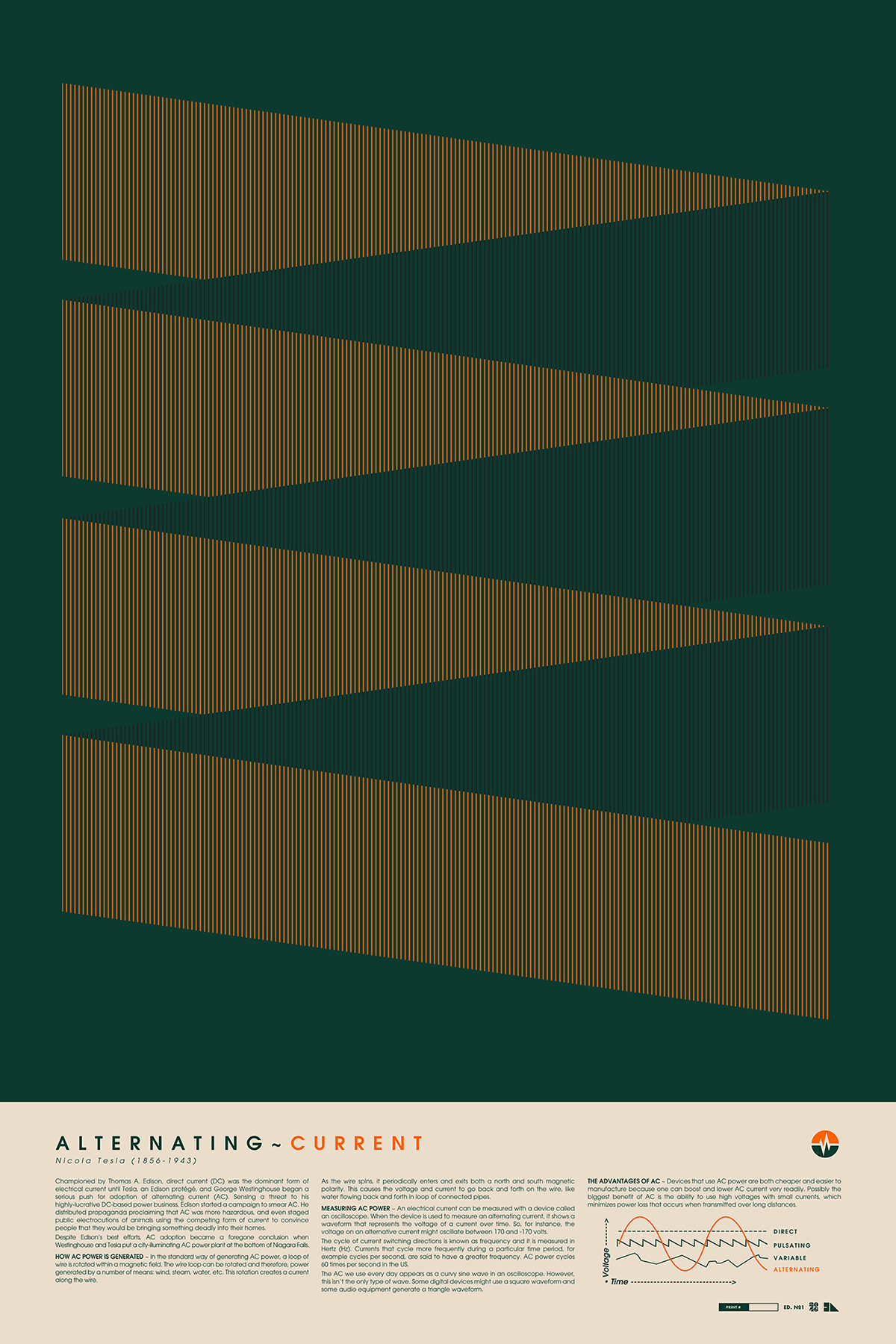 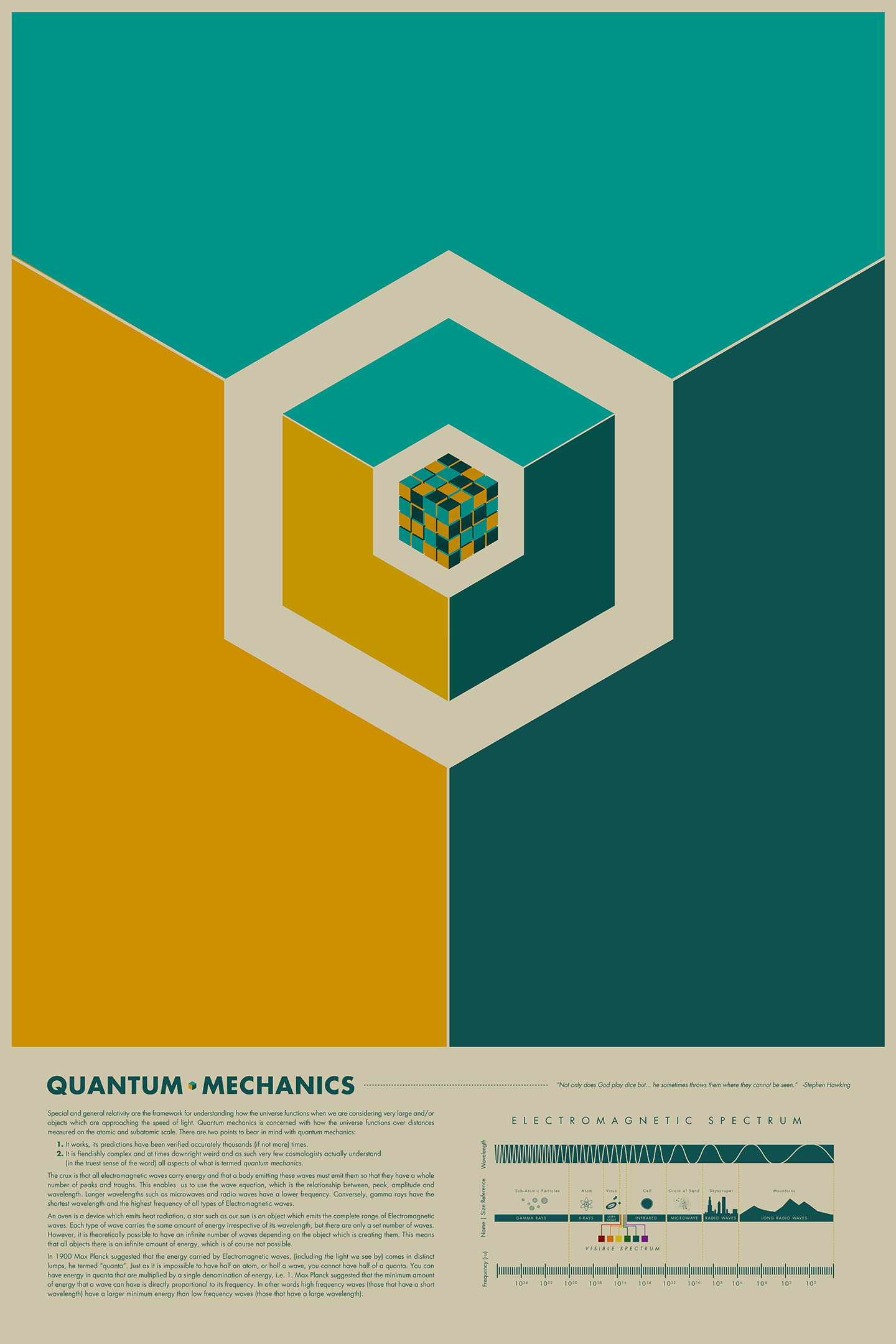 When describing this series, you mention that you drew aesthetic inspiration from 60’s & 70’s textbook covers. Can you elaborate on why this particular aesthetic is appealing to you?

I have always been drawn to the simplicity and nostalgia that is linked with old educational book covers. As a child I enjoyed making the connection between the minimalist approach used by textbook covers and the subject matter they were representing. Because many scientific ideas involve ideas that we can not always see, there is room to explore how to visually interpret the subject matter. The really successful covers acted as an introduction into an idea, something that may give you just a little push or memory cue as to what the ideas were about. It was fun to unlock that connection and also served as a good way to keep ideas logged in your mind visually. 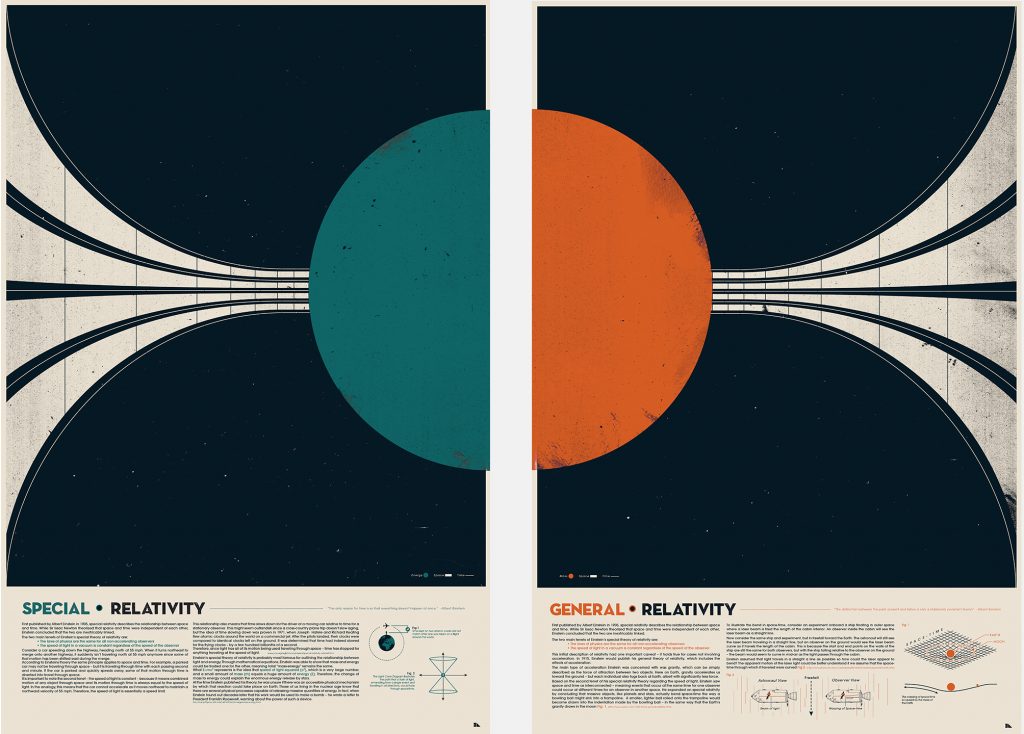 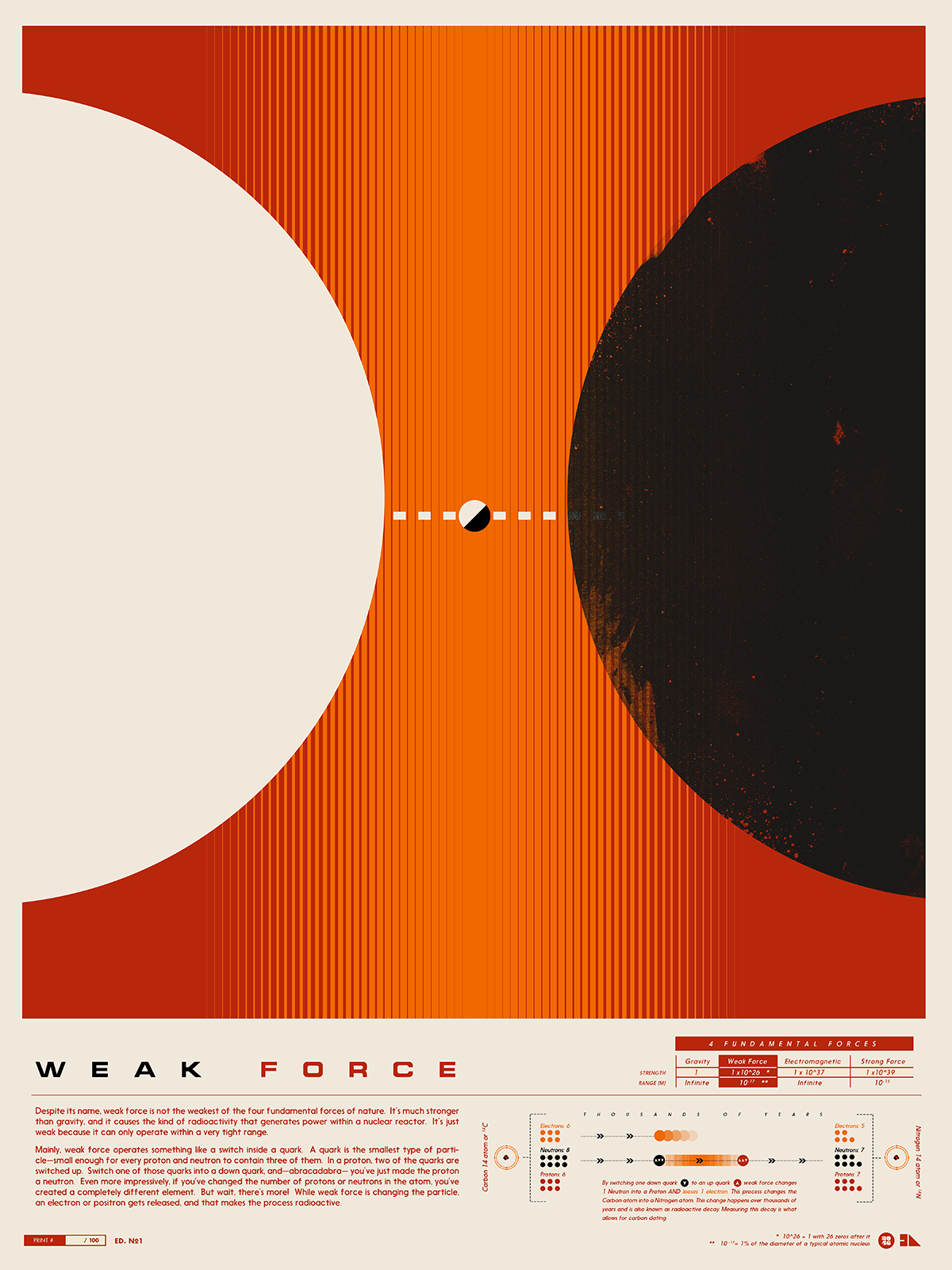 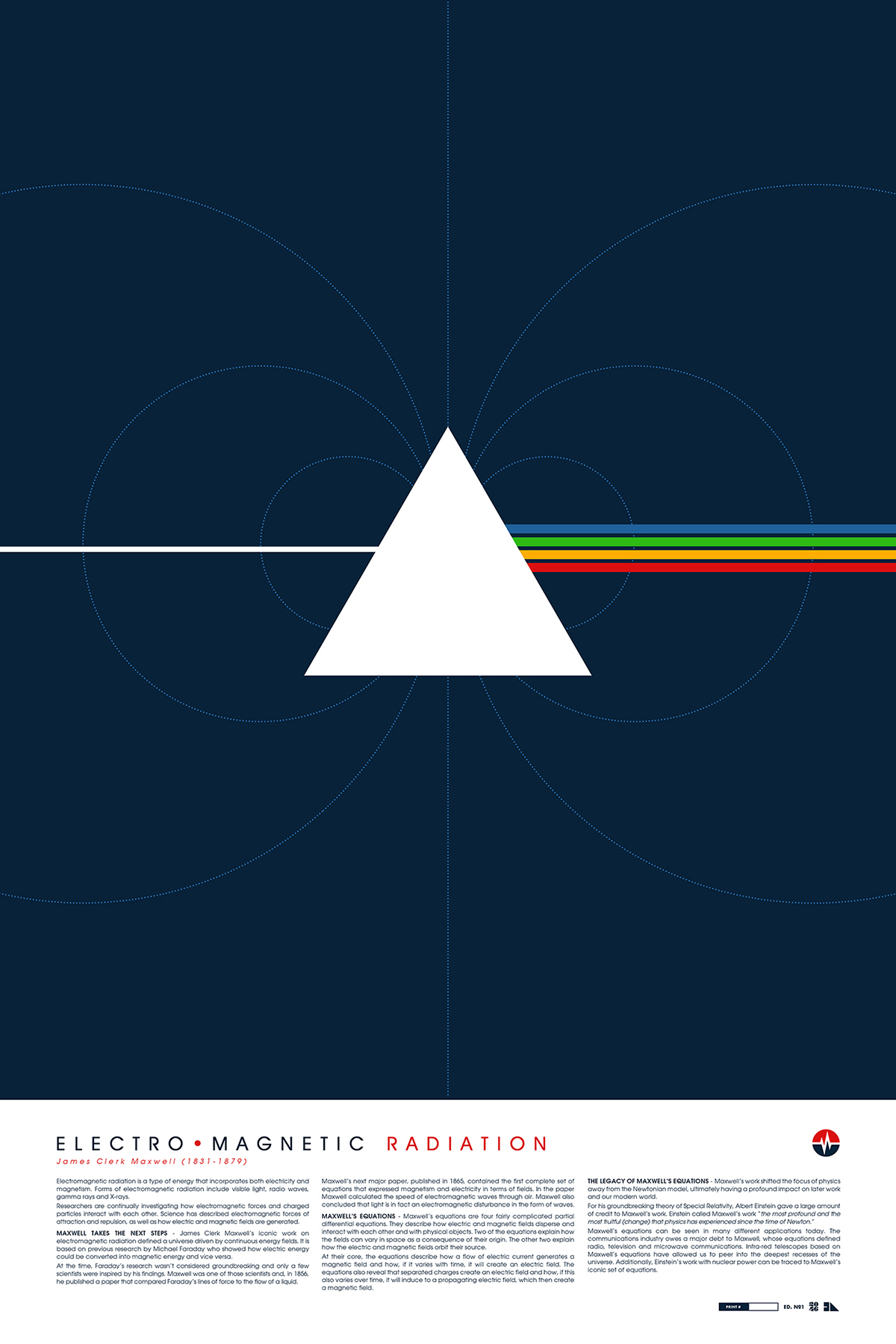 Do you have a favourite textbook cover design?

Here is a link to some of my favourites that I’ve collected over the years. Although they aren’t as well known as his movie posters, I always really like Saul Bass’ psychology covers.

What role do you think infographics play in communicating science?

I think infographics can be extremely helpful in creating understanding, especially to those that are visually inclined. Because a lot of new ideas in science are theoretical and not necessarily something you can just look at, visual representation along with data is a great way to create a connection with the viewer and communicate more clearly. With the whole world moving more towards graphic driven understanding the infographic is a quick and effective way to communicate I think. 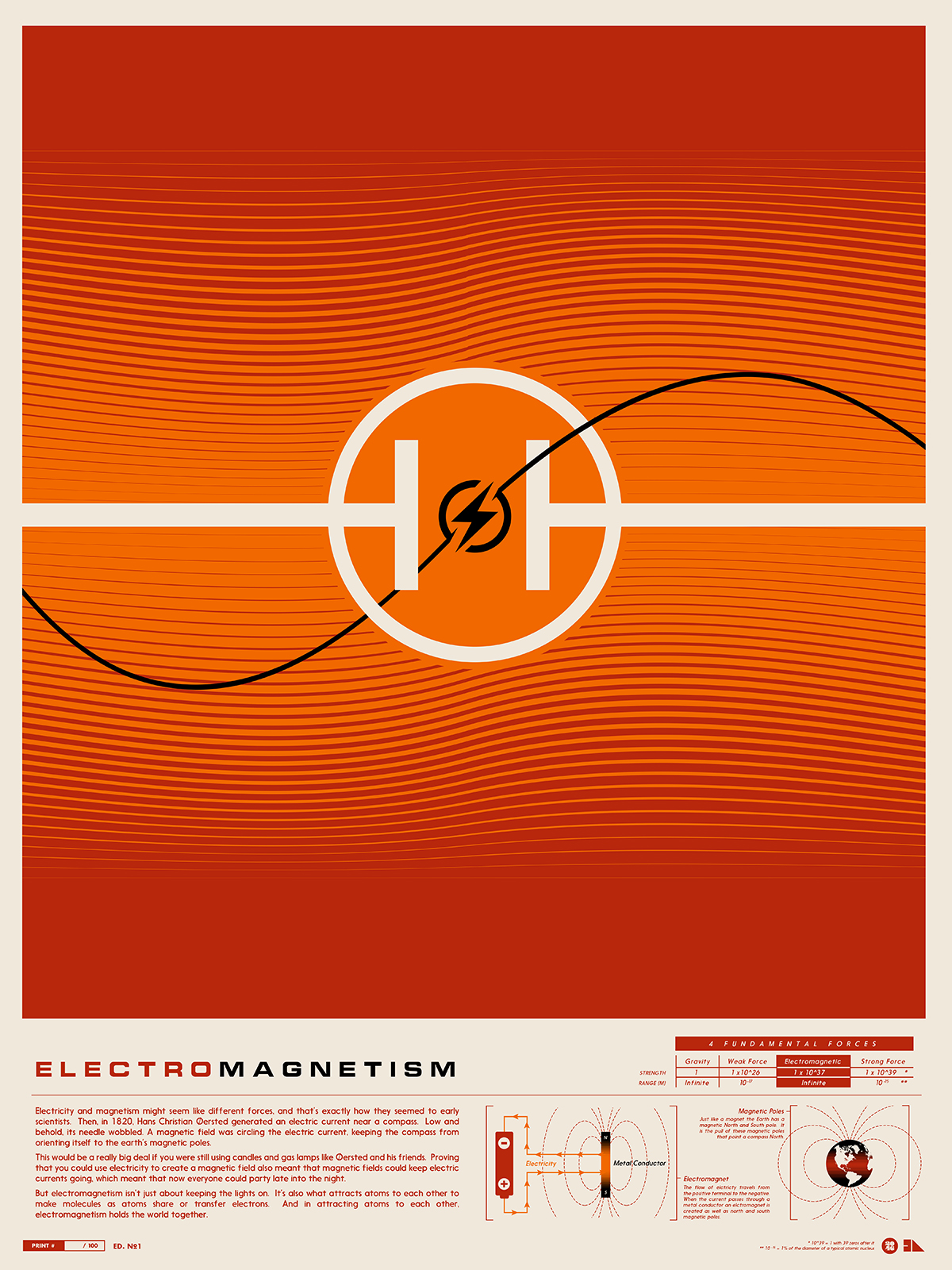 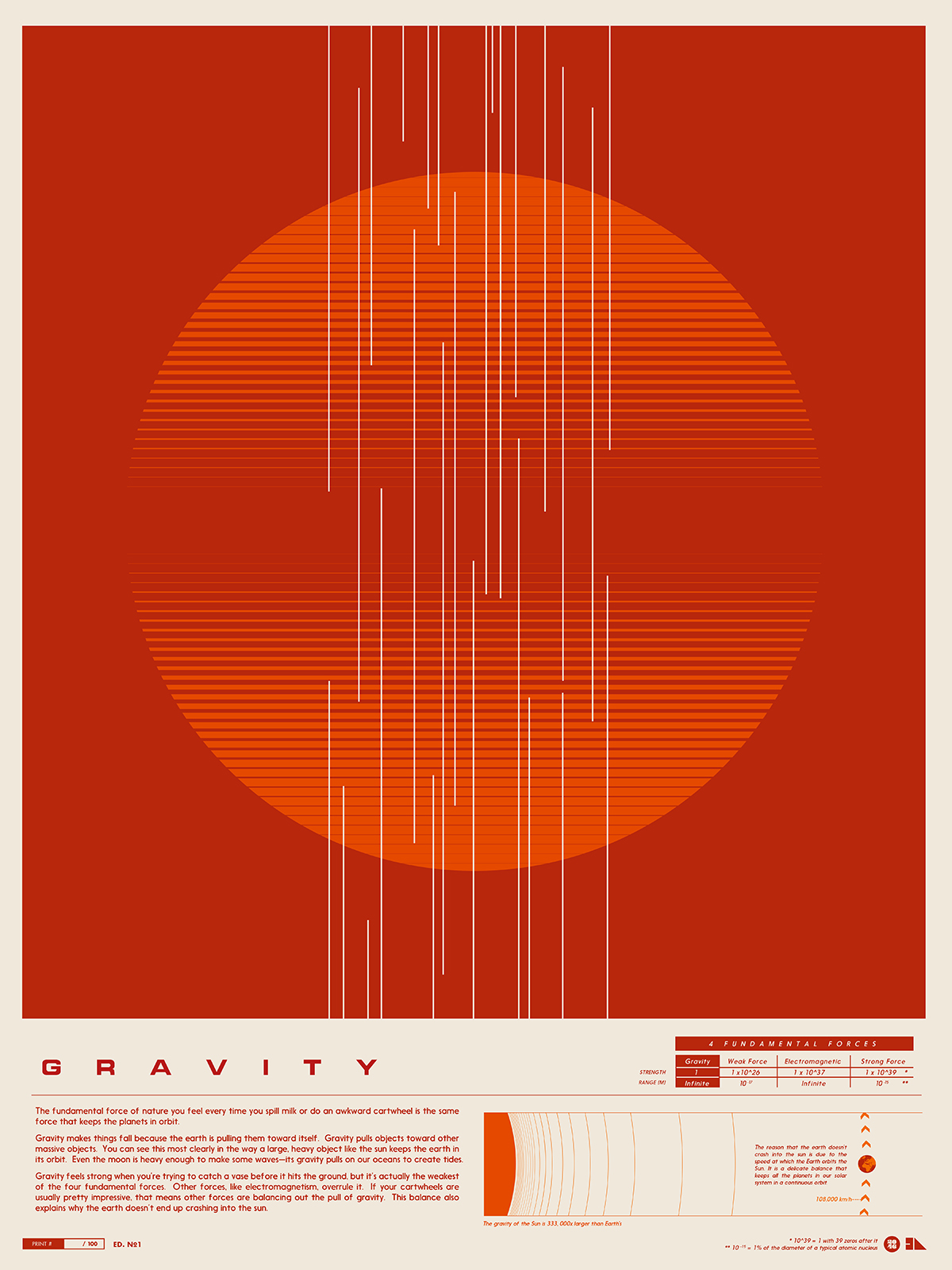 Several series in your portfolio are related to space, when and how did your passion for space begin?

Well, besides looking up to astronauts as a child, my renewed interest in space started a few years ago when life Magazine uploaded their entire catalogue of photos to the internet. Included in the catalogue were a bunch of photos from the early days of the space race. I was enamoured with the look and feel of the photos and the story they told. Not only of the competition to reach the moon but also the feelings and emotions of the astronauts entering the complete unknown and two nations rooting for them along the way. It was a poignant time in history and I couldn’t get enough of it. 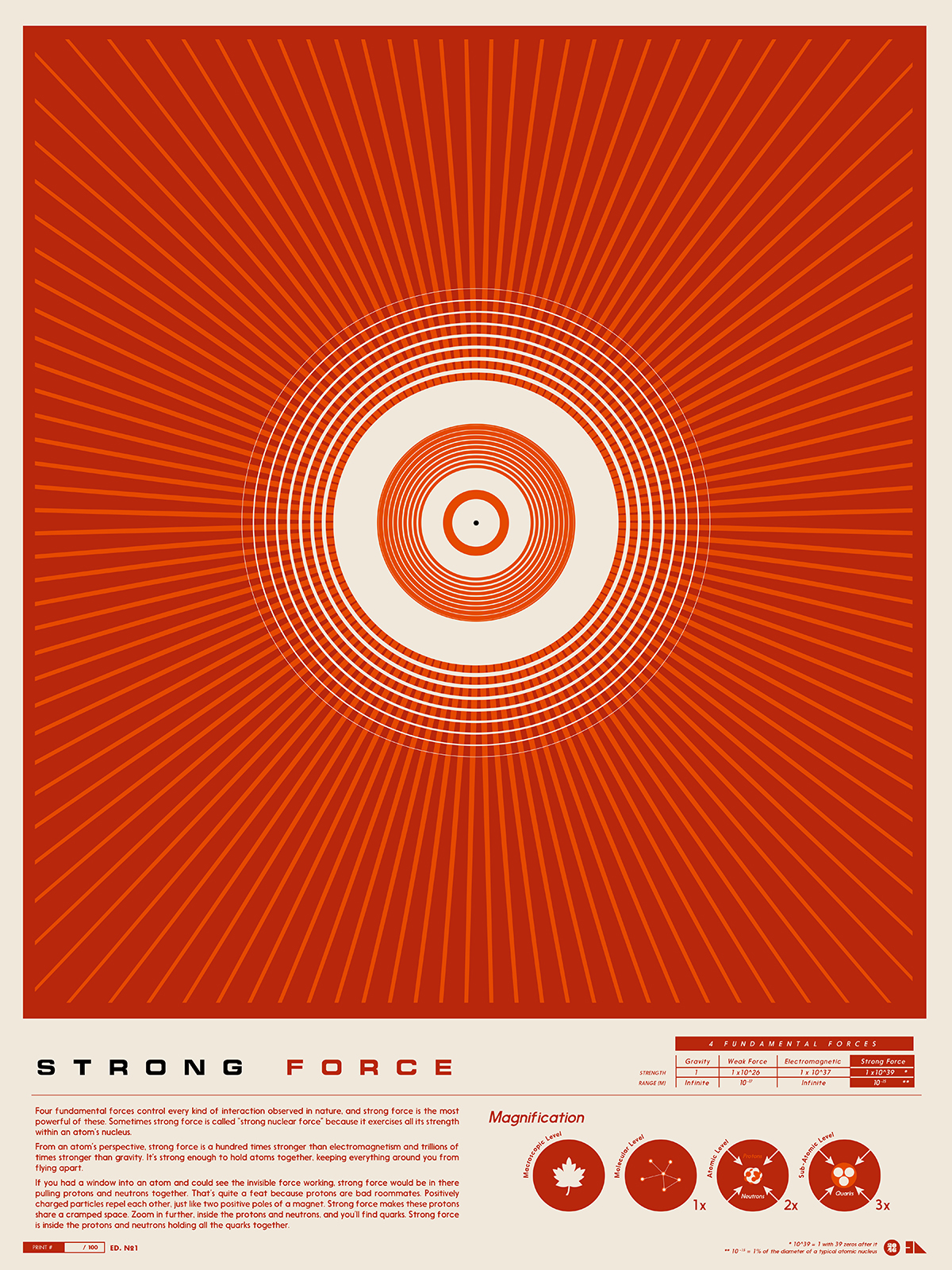 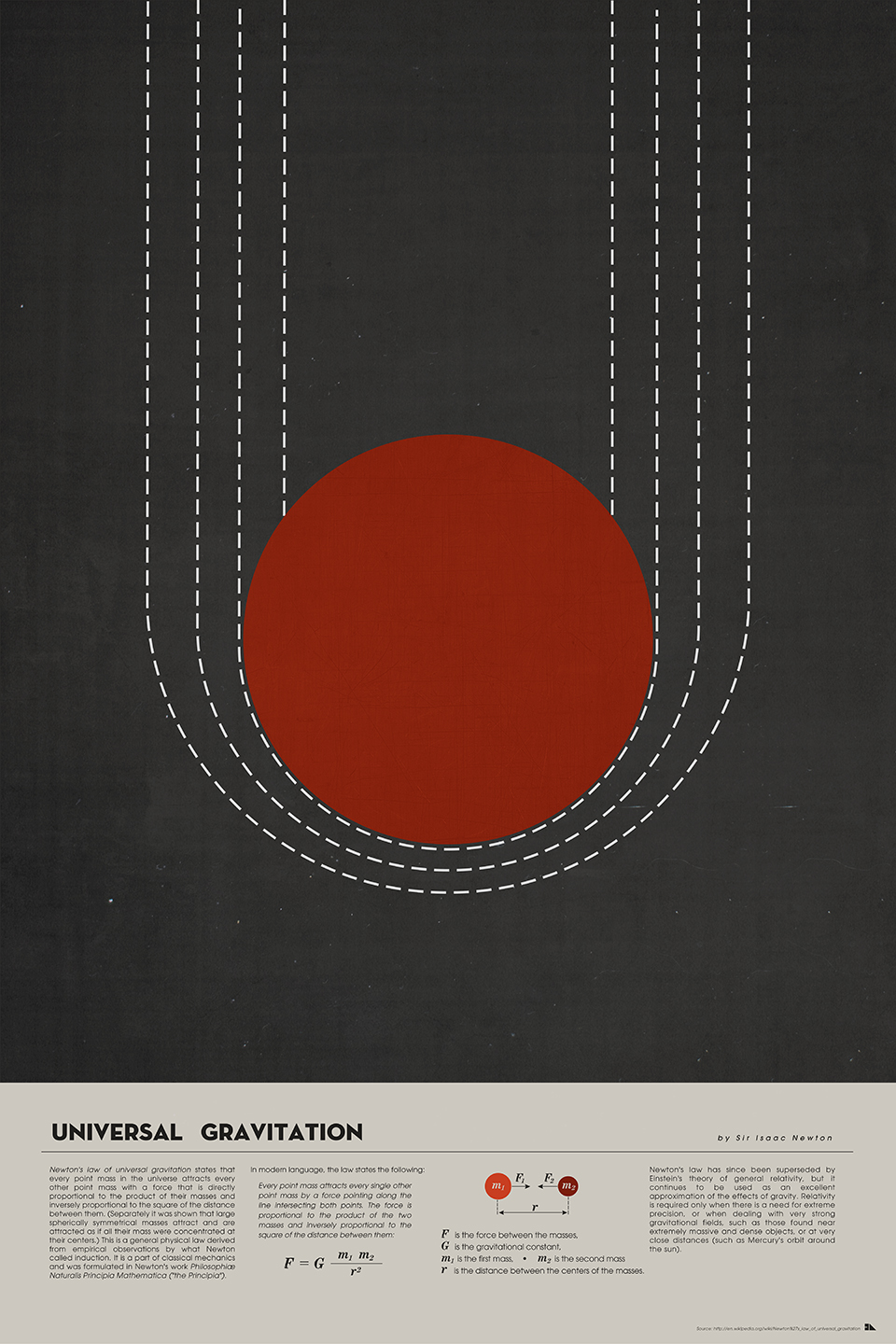 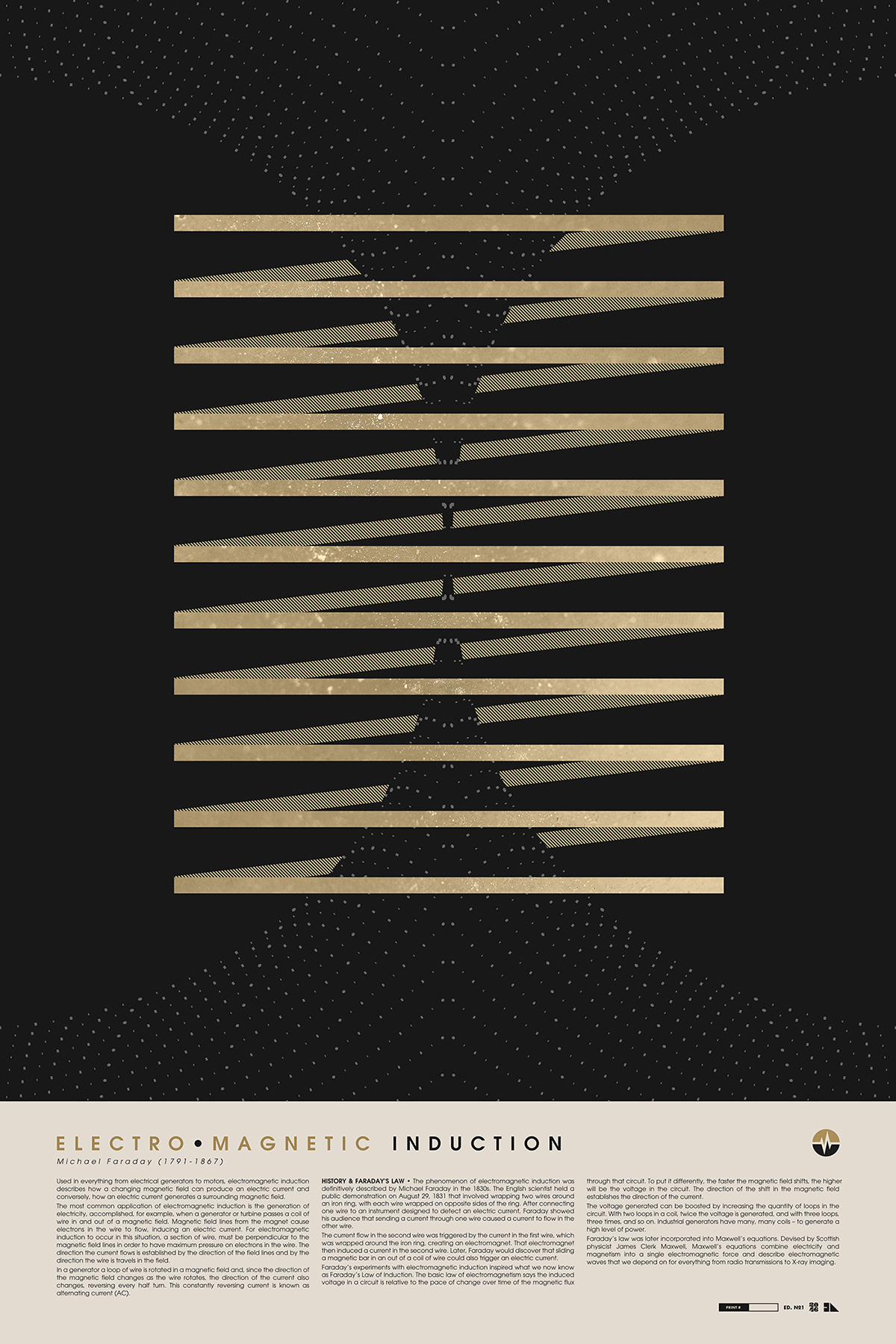