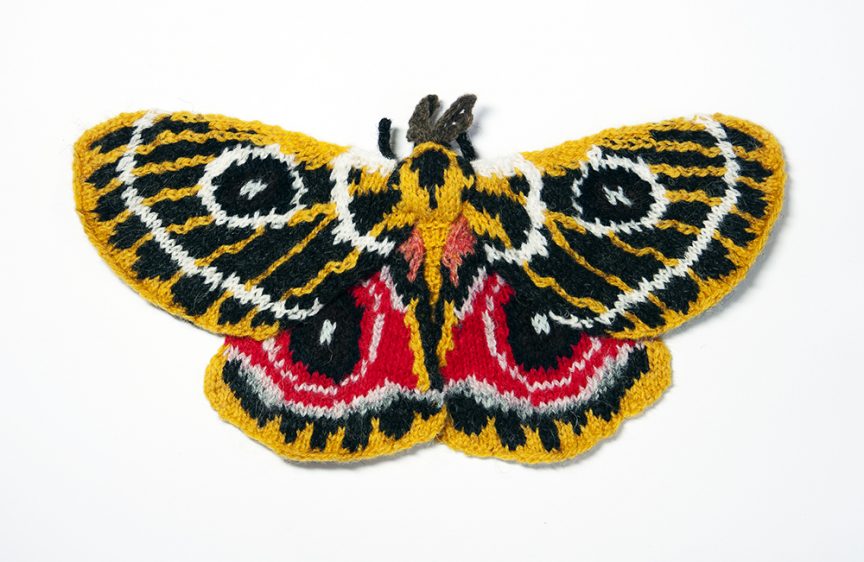 Max Alexander is a UK-based artist who started knitting moths in 2014 using Shetland wool. In her interview, we learn more about her scientific inspiration for the series: Knitted Moths. 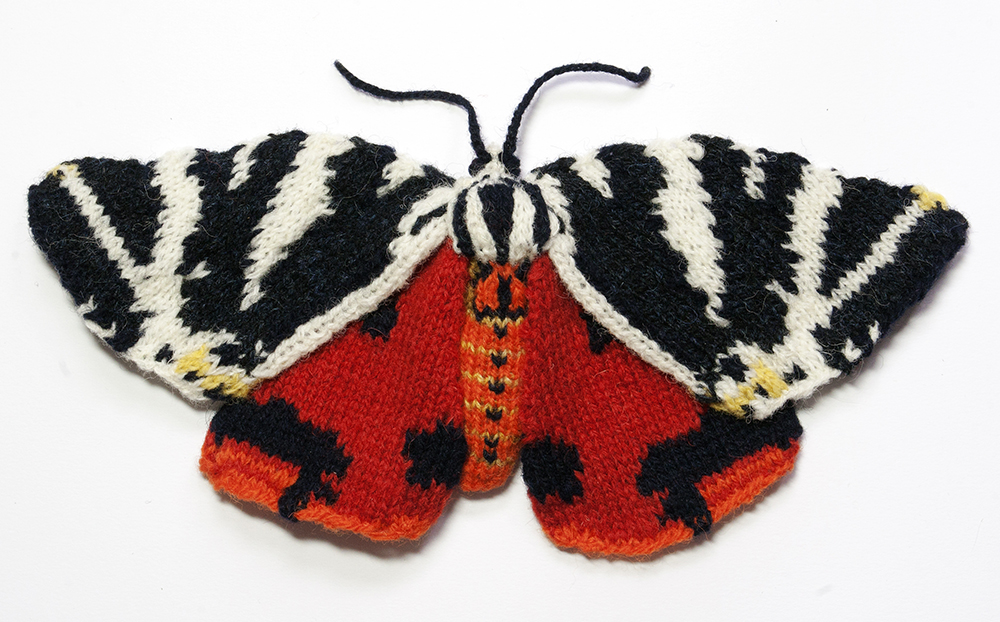 What inspired you to create Knitted Moths?

I knitted a few creatures including an octopus and an axolotl (a species of salamander) when a friend suggested that I make a rosy maple moth. I wasn’t particularly interested, (I thought all moths were boring and brown!). When I saw that moths could be bright pink and yellow, I thought it could be fun. I started researching moths, only to discover how many different and amazing varieties there are. It quickly became addictive! I was working part-time in a yarn shop/gallery called Prick Your Finger and the owner, Rachael Matthews, offered the space for an exhibition. That was in November 2014, it was great to show them off and I was delighted by how popular they were. 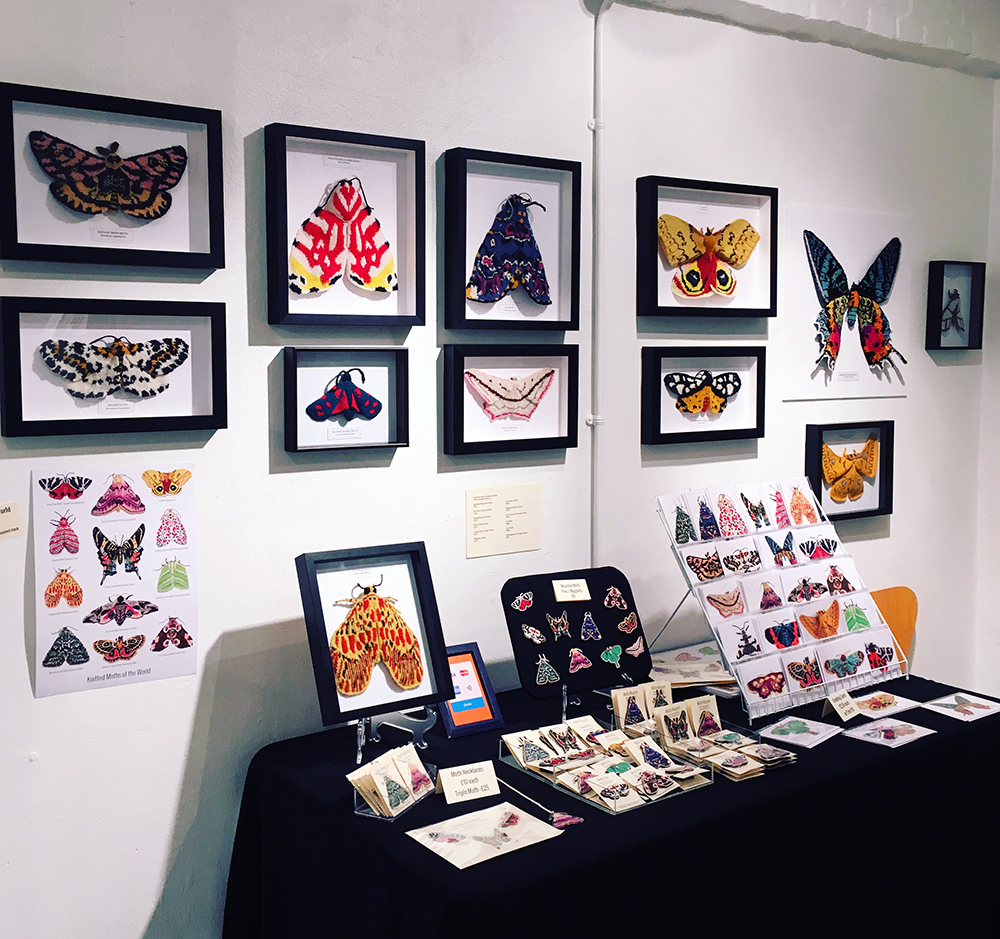 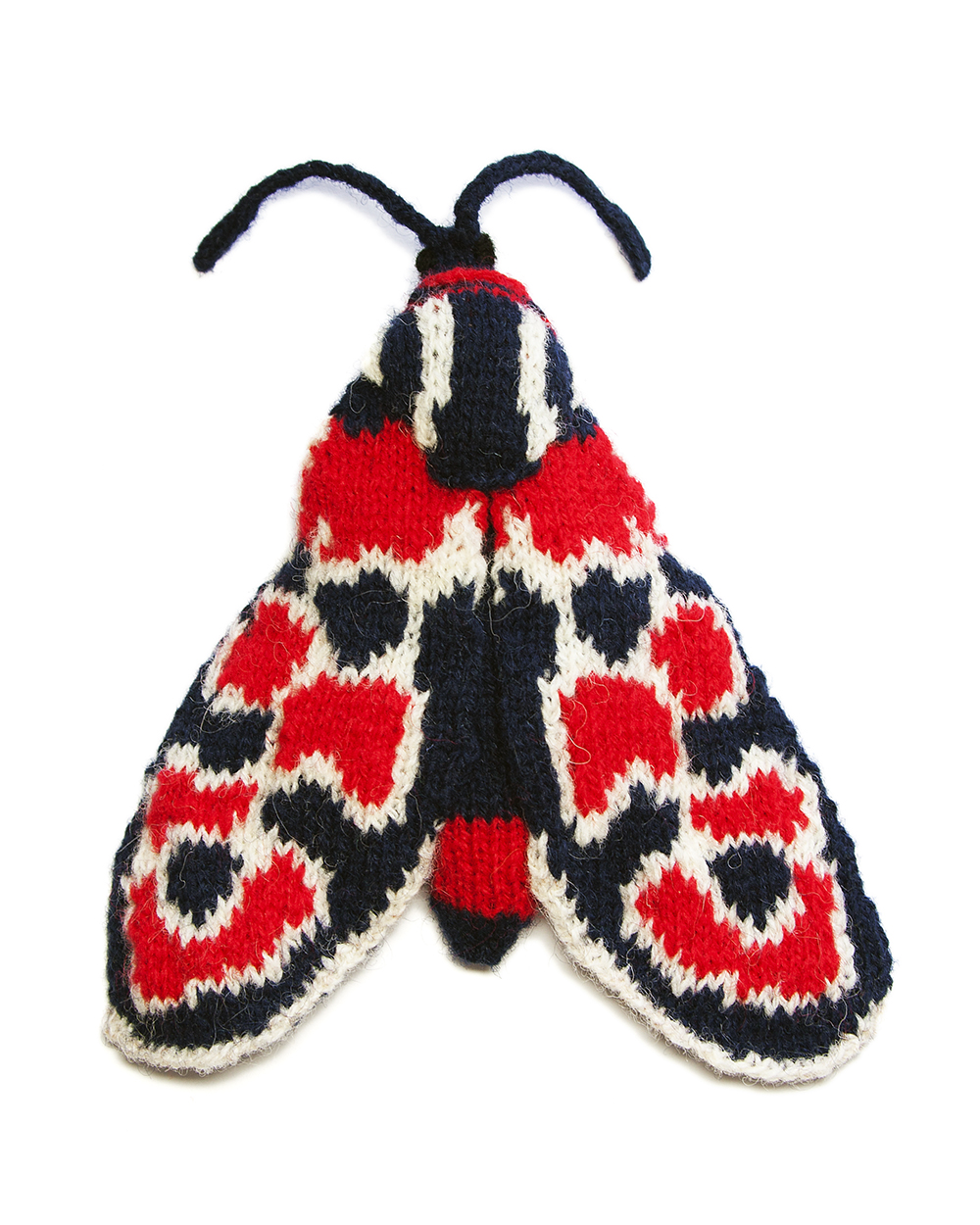 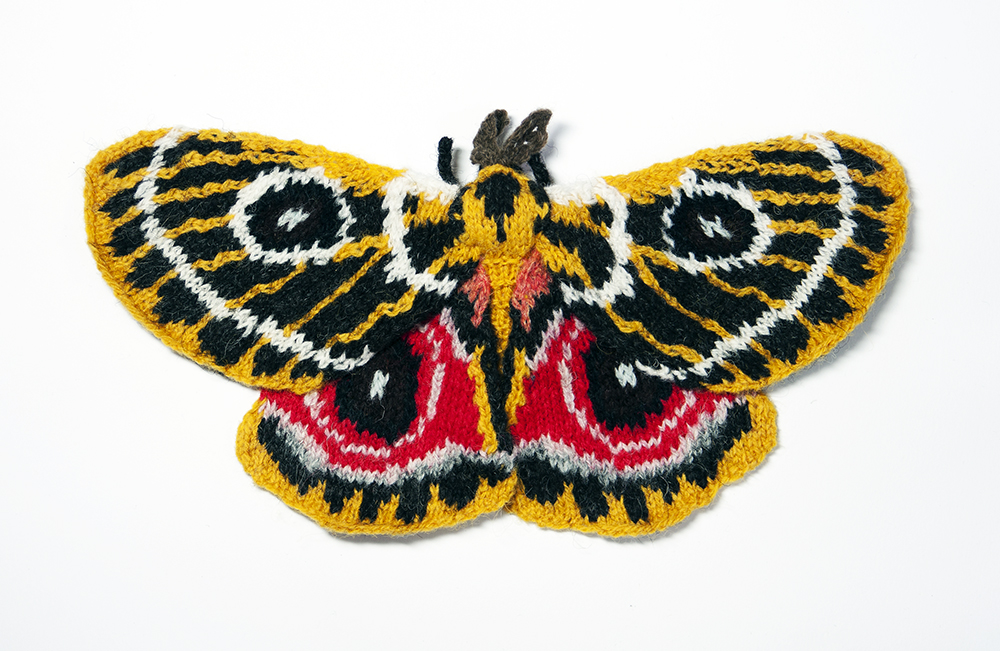 Can you described what is involved in creating your SciArt work?

Once I choose a moth, I study as many different pictures and/or specimens as I can find. Then I sketch out a pattern for the wings on graph paper and start knitting. I often have to adjust it as I go to keep the shapes as accurate as possible. Once the wings are complete I make the body, legs, and antennae, then stitch it all together. Once done, I put them in frames with a label with the common and scientific name. I like to think they would look at home in a natural history museum. 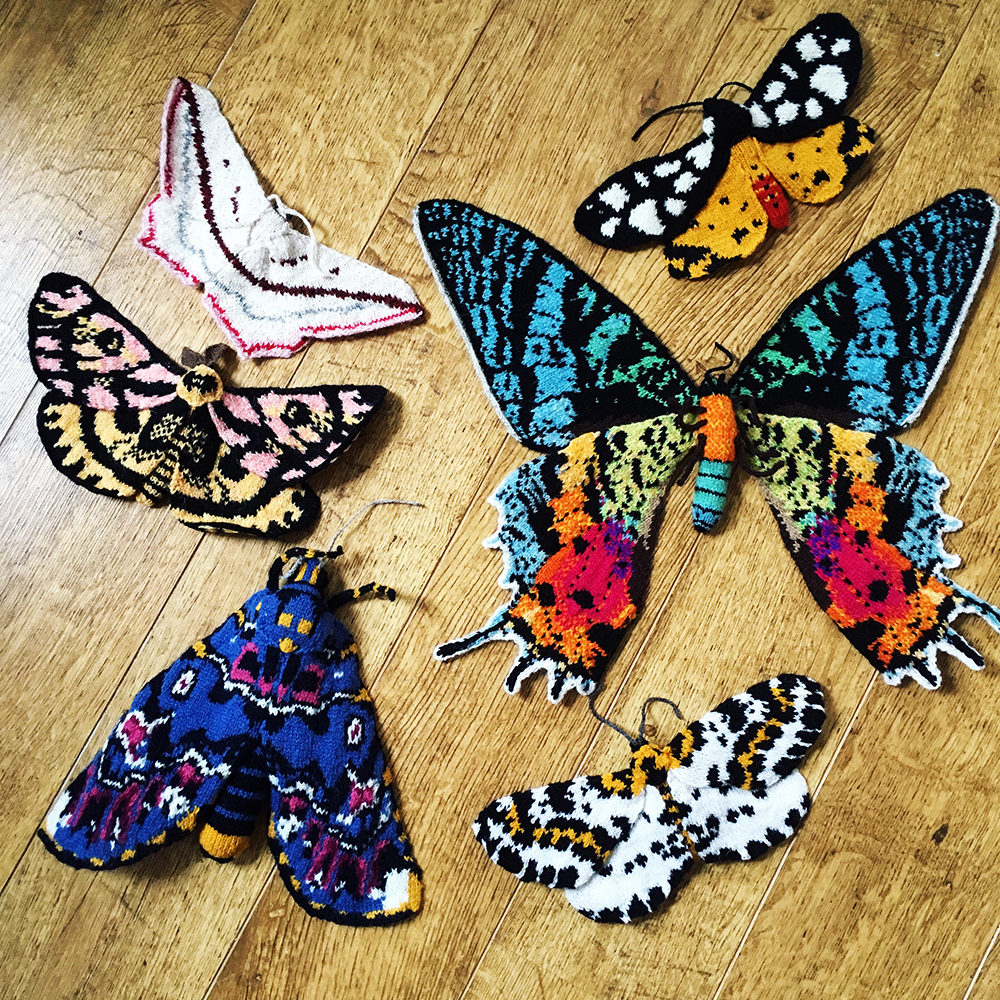 Which Knitted Moth piece stands out to you the most and why?

I have become more confident in choosing complicated moths since I started. The early ones only used three or four colours, but I recently completed the Madagascan Sunset Moth, which used 16 different shades. Using more colours makes the knitting a lot slower, but I think it’s worth it even if I do spend a lot of time untangling all the different strands of yarn. It is by far the biggest piece so far. 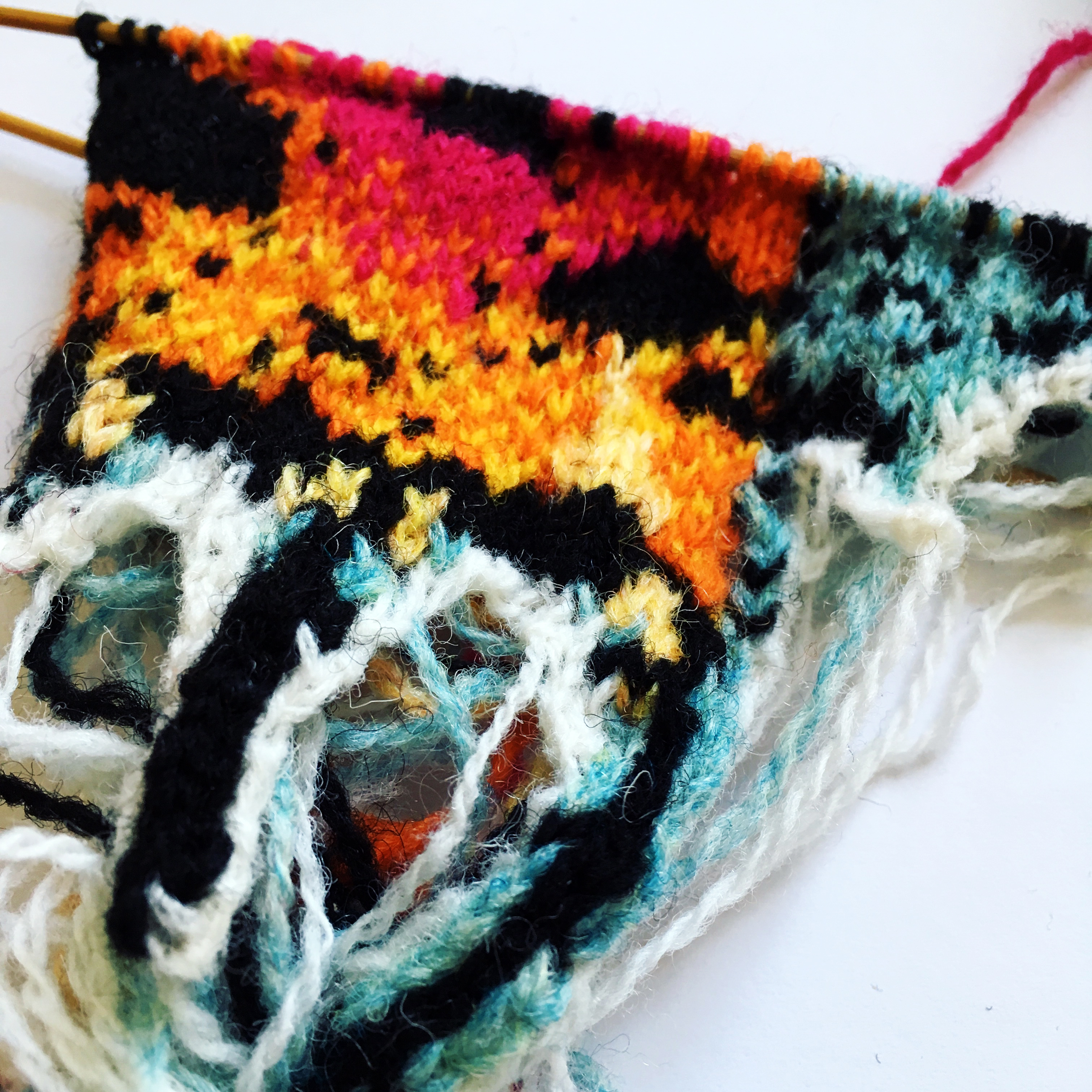 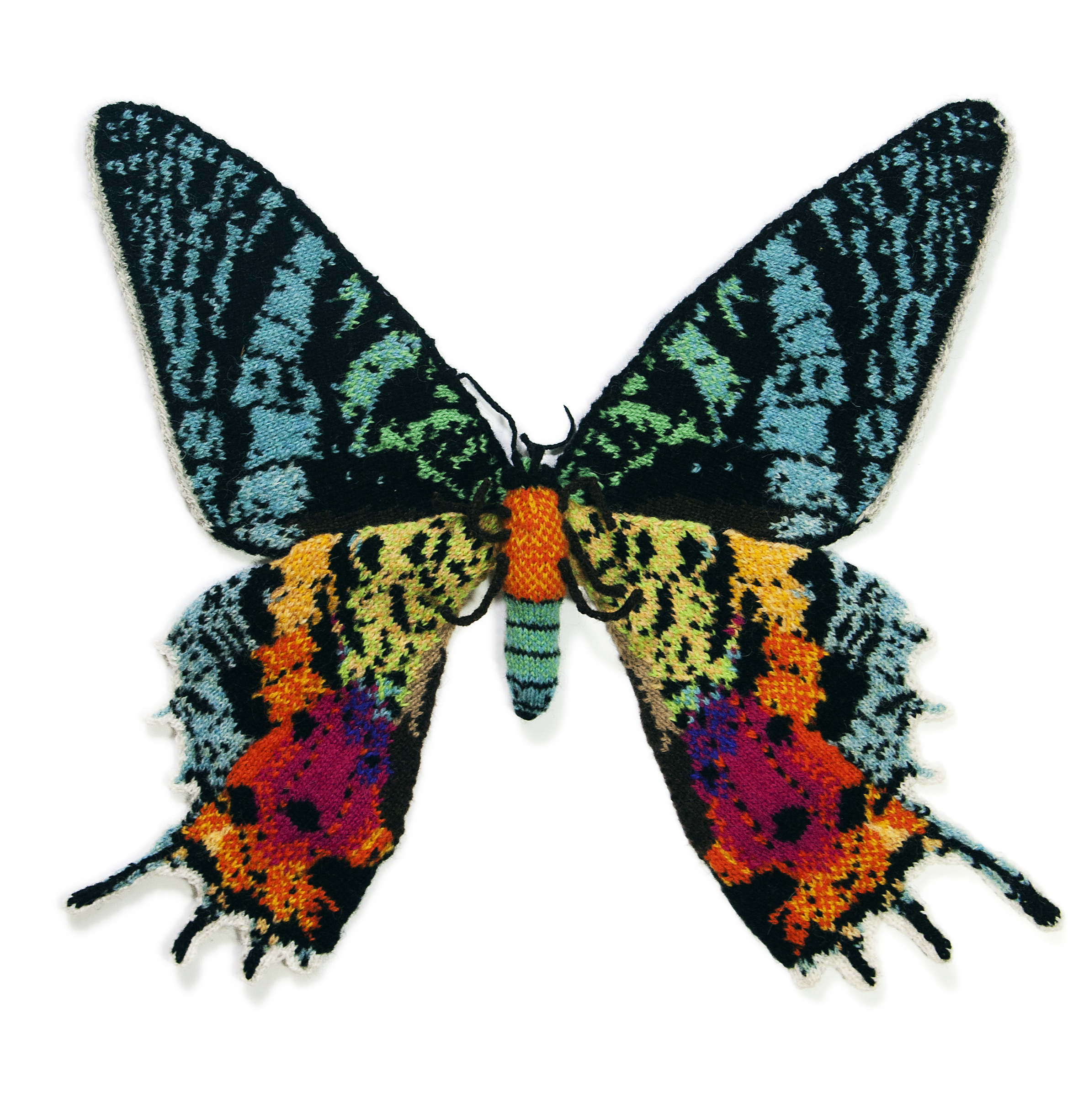 I hope to show people that moths can be every bit as stunning as butterflies. I have made 45 different moths so far, and there is so many more that I want to knit. Even after three years of moth knitting I am still coming across new species that blow me away. 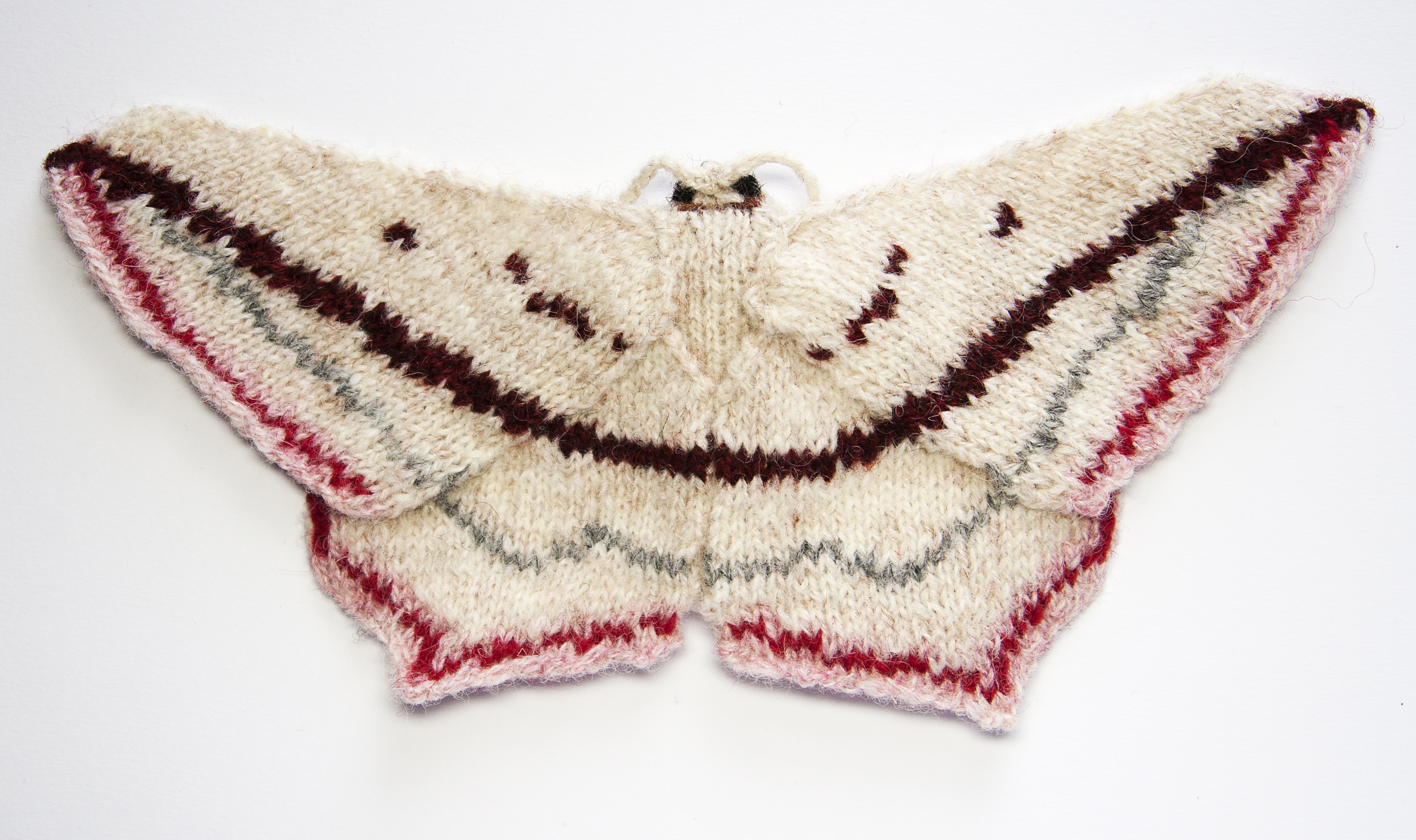 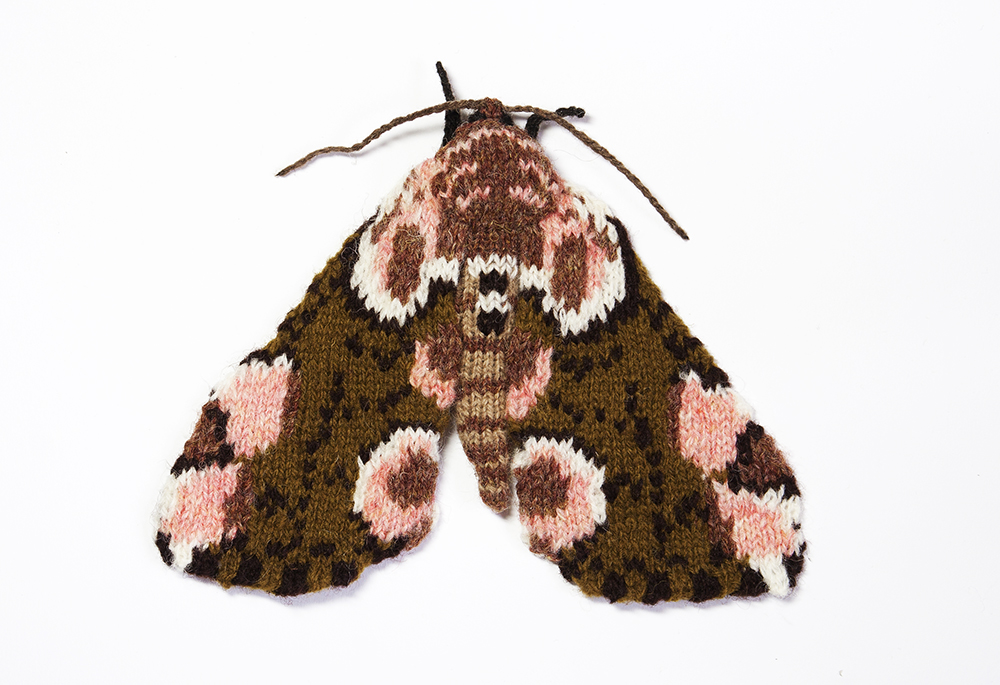