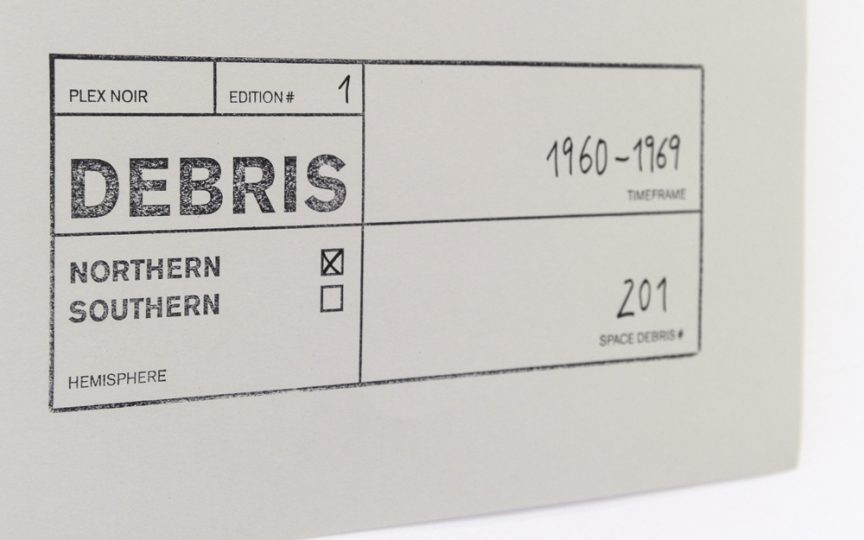 Formed in 2012, PLEX NOIR is an artist collective based in Germany that has created visual and acoustic experiential projects using an experimental approach. Their latest installation, Debris uses tracking databases to physically depict orbiting space waste and bring its emergence to our attention.

What was your inspiration behind Debris?

Born in the 1980s, technical curiosity lead us to a constant engagement with emerging digital technologies and their growing pervasion into almost every minute of our current lives. We’re impressed by the potential of recent technological advancements. Belonging to the generation that experienced the transition from the analogue to the digital age, we remain skeptical, regarding the changes that the growing influences of electronic and digital services may bring.

Two of our recent installations explored ways to visualize electromagnetic waves. While we were dissecting data streams we’ve often found ourselves bewildered by the amount of private data broadcasted unprotected into the wide open. These technological artifacts remind us of the nativity with which side effects of modern day technologies are often marginalized and overlooked. 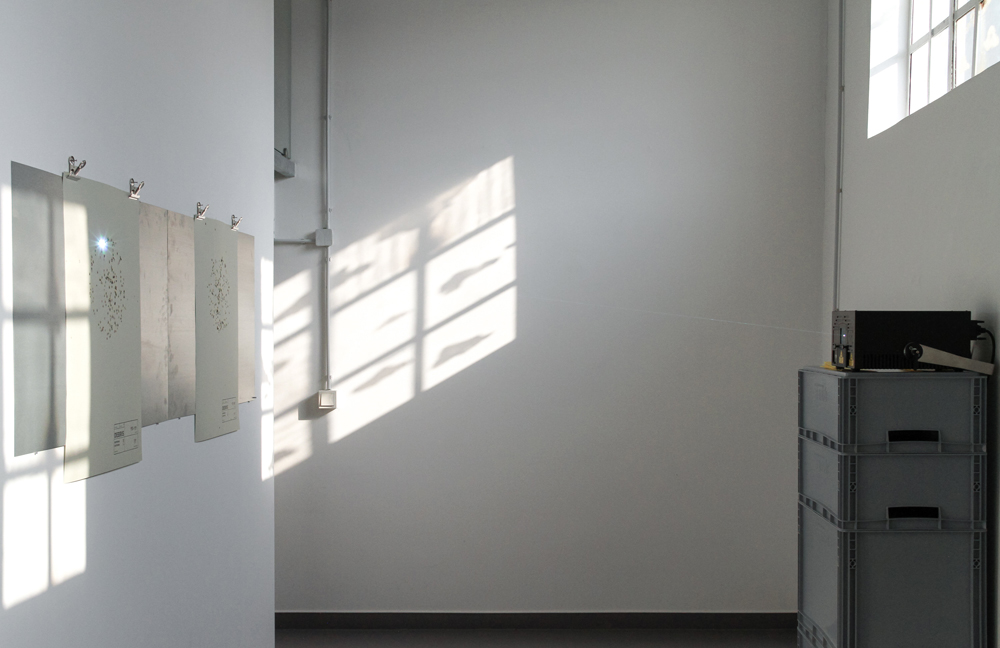 Exploring unwanted and mostly invisible human traces is an underlying theme of our work as media artists. Space debris suits this theme well. While many people greatly benefit from commercial space usage, be it communication, navigation or weather satellites, space exploration itself goes mainly unnoticed, its artifacts even more so, as they are invisible to even highly sensitive and advanced instruments.

However, at the moment no one seems to have a good idea of how to deal with the defunct material in earth’s orbit. If you like, space debris is the poster child of our ongoing efforts to discuss the complex and ambivalent developments of all things technological.

Our early childhood memories of the then visionary Space Shuttle and depicted moon bases in educational children’s books, paired with our fascination for recent developments in space technology certainly played a role, too. 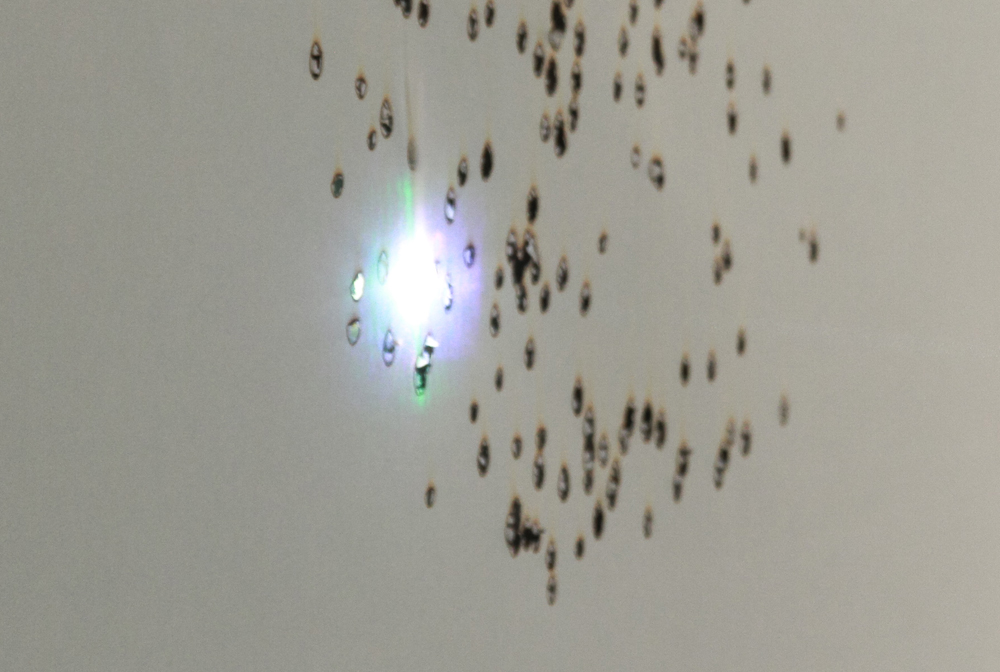 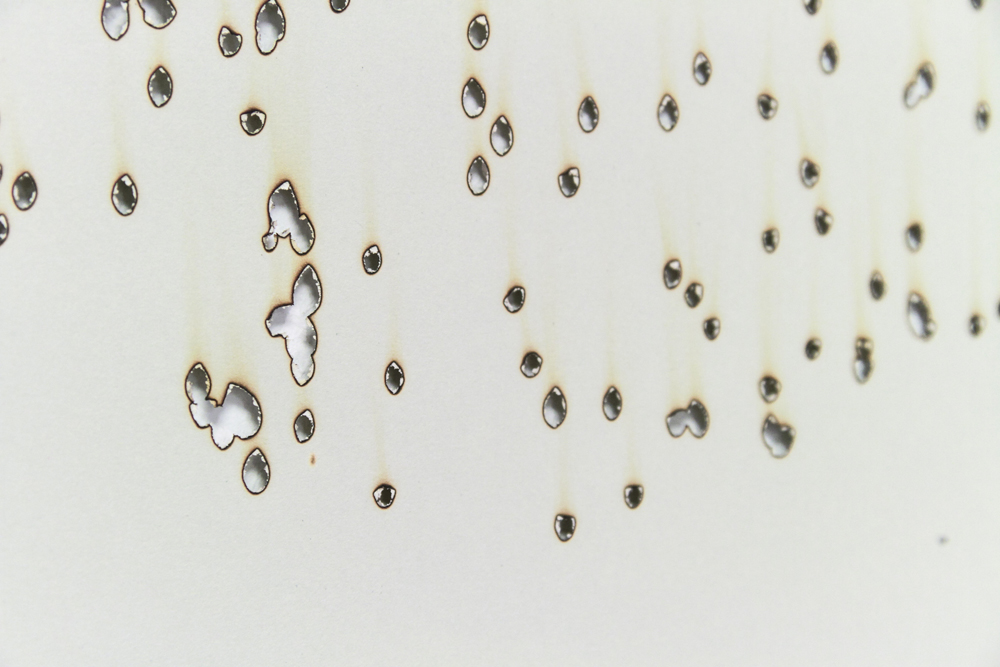 Why did you choose laser burning onto cardboard to represent the debris?

We believe that the manifestation of our digital experiments and thoughts into the tangible world leads our visitors to reflect on certain aspects and may lead to a new understanding. All our work is rooted in and supported by programming generative graphics. As for the transformation into the real world we’re not bound to specific media; we love exploring different material and media.

Creating a scientific plot with a printer did not seem very endearing. Using a laser to do so seemed fitting as it allowed us to do several things: Automating the creation process while achieving an unique look for a live installation; catering the complexities of spaceflight by working with a highly technical medium, and; picturing the high energy aspect which is part of the space debris problem. There is also an ongoing discussions to utilize laser to deflect space debris. 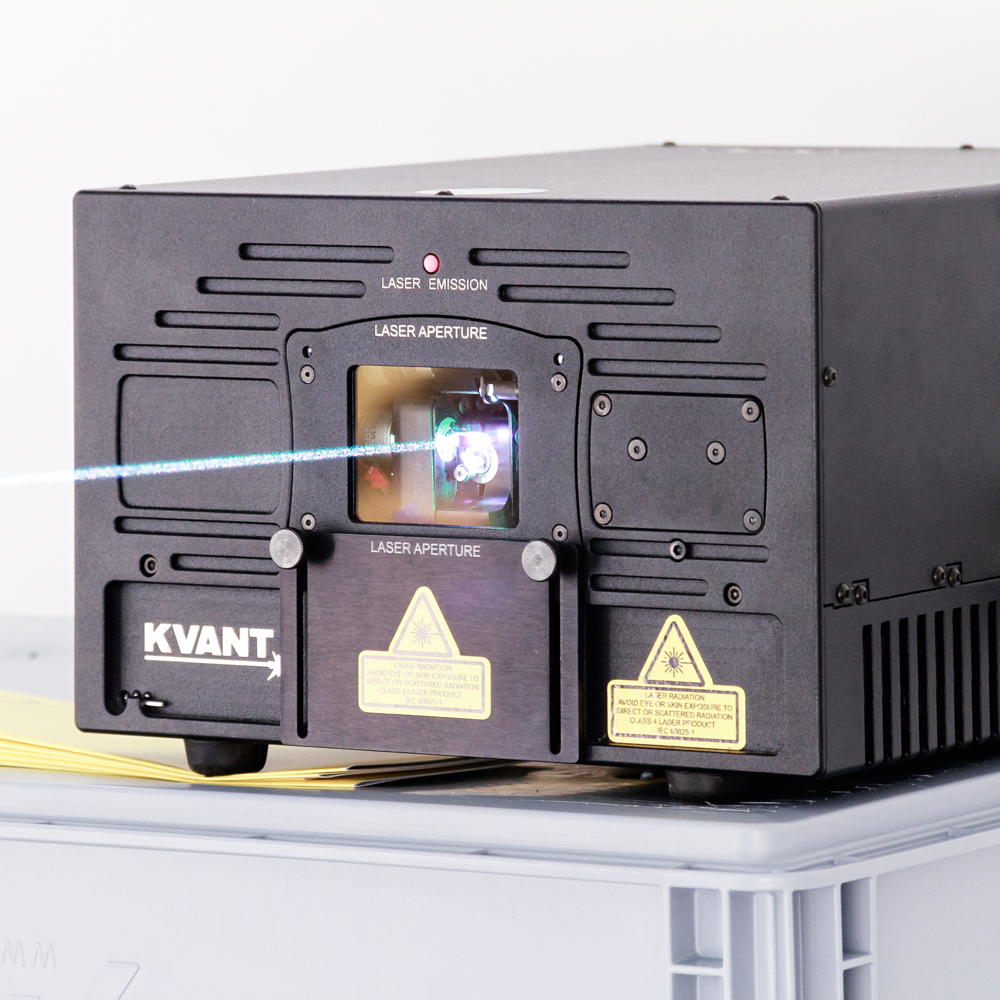 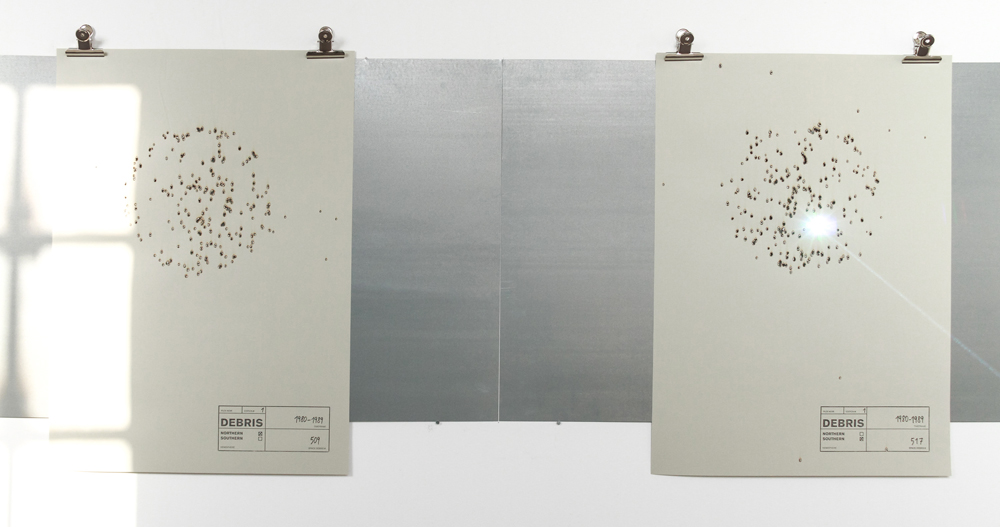 Space debris is in constant motion, how did you “analyze” the orbits to represent them as a static point in 2D?

Debris merges data extracted from the two fantastic databases: space-track.org and celestrak.com. They maintain and publicize a curated list by the US military containing a lot of trackable objects like normal satellites, but also space debris.

Inside this data are so called TLE entries – which is a data format used since the beginning of space exploration – to describe orbits. With these variables and a timestamp we can use NASA’s simplified perturbations models to calculate the position of space debris at a certain point in time, within a small  margin of error. We then use a simple 2D projection and distinguish between parts above northern or southern hemisphere at the time of the calculation.

We have the possibility to calculate and engrave live data. For our first edition we decided to use specific time and date. Debris premiered on September 10th, thus Edition #1 presents the location of space debris as seen on September 10th, 2017. 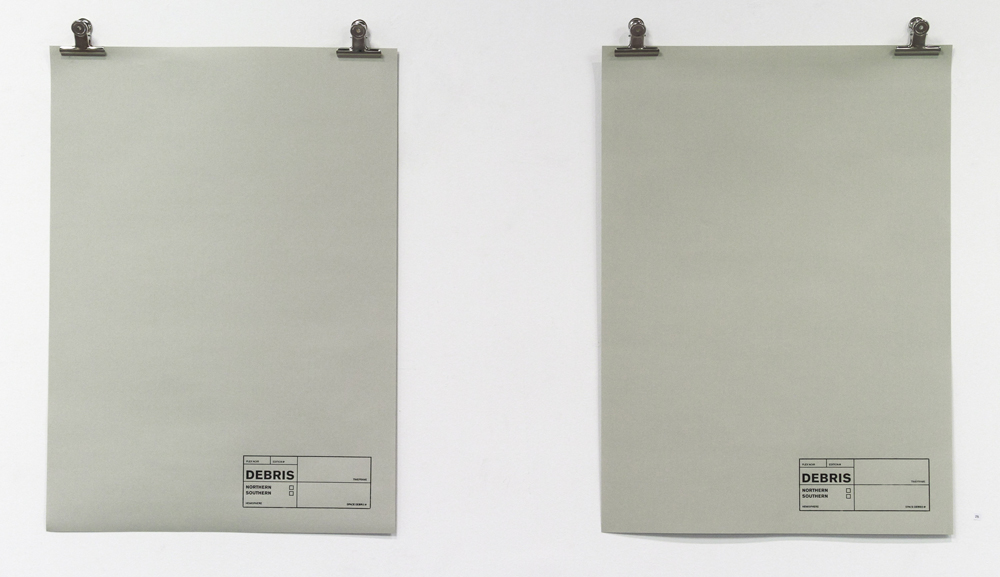 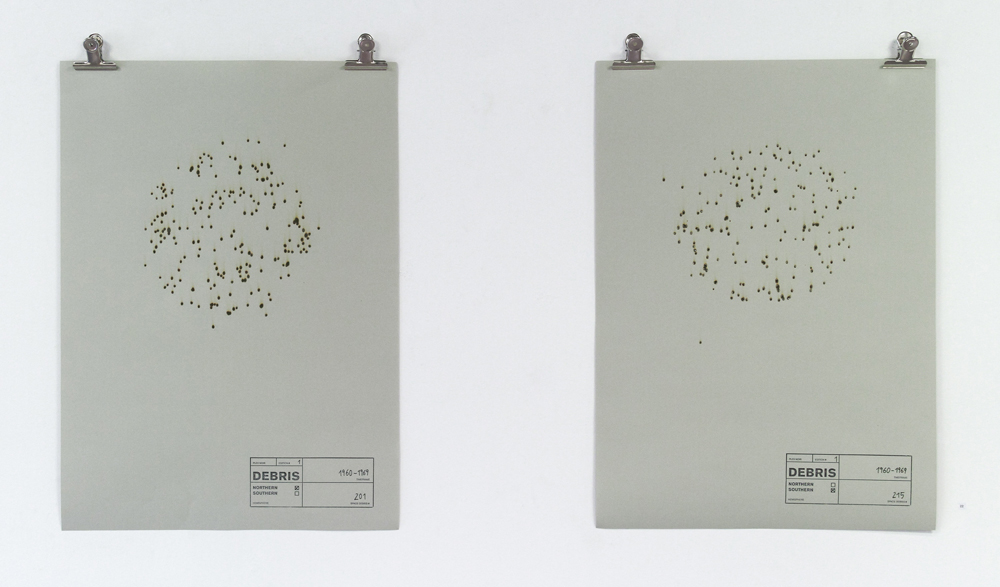 If Debris aims to draw attention to “space pollution”, what would you recommend as a clean-up strategy?

That is a tough question, space debris is a very hard problem to solve with only few ideas from people who have dedicated their lives to scientific space exploration.

As artists, we approach the problem of space debris from an educational and aesthetic point of view. Our research and work lead us to some understanding of orbital physics – in a limited, non-physicist scope that is to say. We lack in-depth knowledge, but can grasp how insanely difficult this problem is. 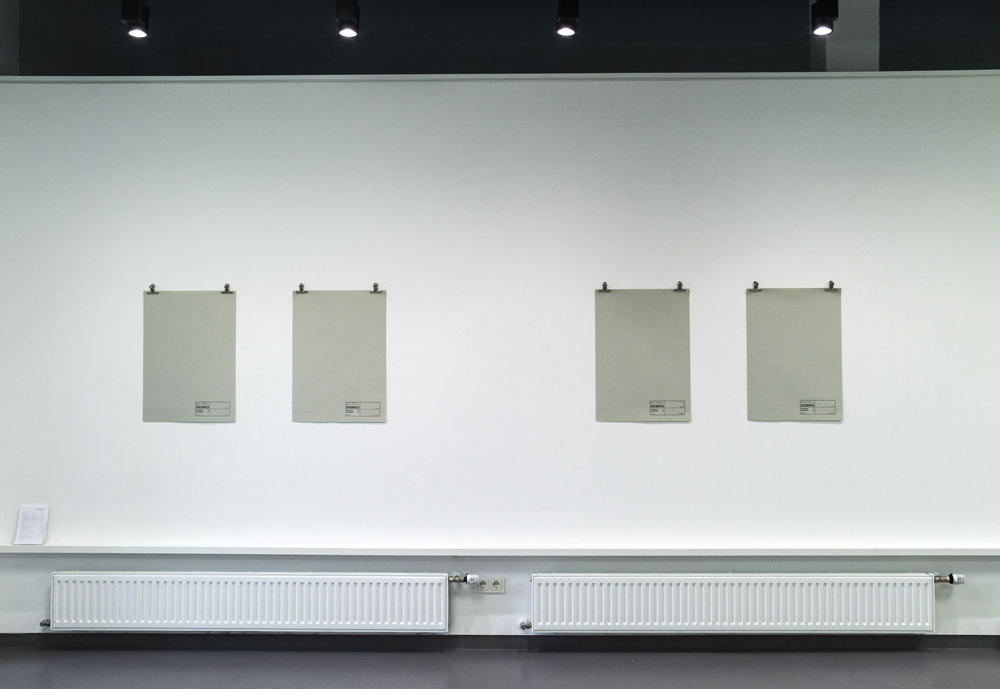 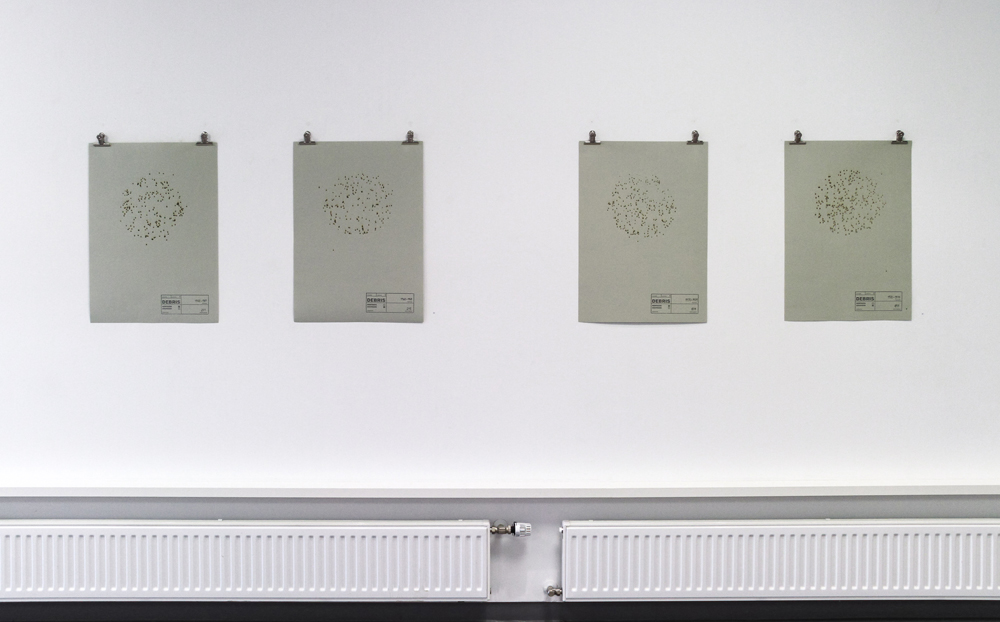 We appreciate the ongoing discussions in the space community, which only began when returned spacecraft showed serious damage caused by even small pieces of space debris. Deliberately deorbiting burned out rocket parts or sending them into graveyard orbits at least are helpful approaches. After all, it will need the combined effort of reducing artifacts in orbit, for example by pushing reusability of rockets. Still this won’t help with satellites that, for whatever reason, cease to respond to commands from earth.

One astounding and flexible solution to deal with these remains is the use of laser beams to deflect pieces of debris. Even though it is highly debated, it at least sounds like a scalable and probably feasible approach. This also links back to our installation and its use of laser as a medium.