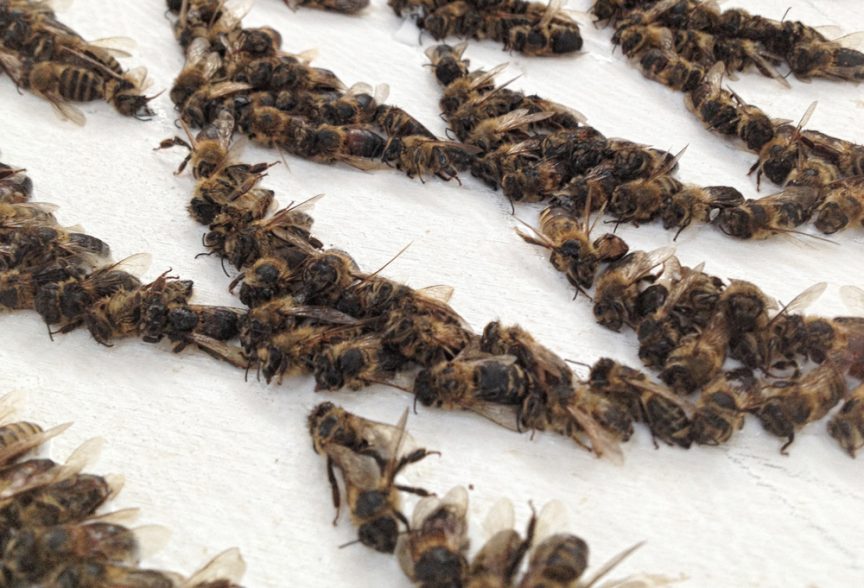 Sarah Hatton is a contemporary Canadian visual artist who creates paintings and installations inspired by the natural world. Hatton blends together art, math and activism in her thought-provoking series, Bee Works.

What inspired you to create Bee Works?

Bee Works is a series of mixed-media pieces that raise awareness of honeybee colony collapse and pollinator decline. In these works, I have arranged thousands of dead honeybees in mathematical patterns that are symbolically linked to monoculture crops, (such as the Fibonacci spiral found in the seed head of the sunflower), and the geometry of crop circles. The viewer experiences the vertigo of this lifeless swarm, a dizzying optical illusion that echoes the bees’ loss of ability to navigate due to the neurotoxins locked within the very source of their sustenance.

I created Bee Works in response to a feeling of great disappointment and helplessness the first time I experienced the loss of a hive. I didn’t feel right about simply throwing this entire colony away, having spent so much time observing it, discovering its personality, and learning from it. It all ended so suddenly that I felt a lingering need to make the loss worth something, somehow. I was also frustrated by the way in which activism for honeybee decline has been dismissed as low priority or politically sensitive. I knew that by confronting people with a beautiful, intricate image built from the bodies of dead bees, people would have to deal with the volume of loss head on. 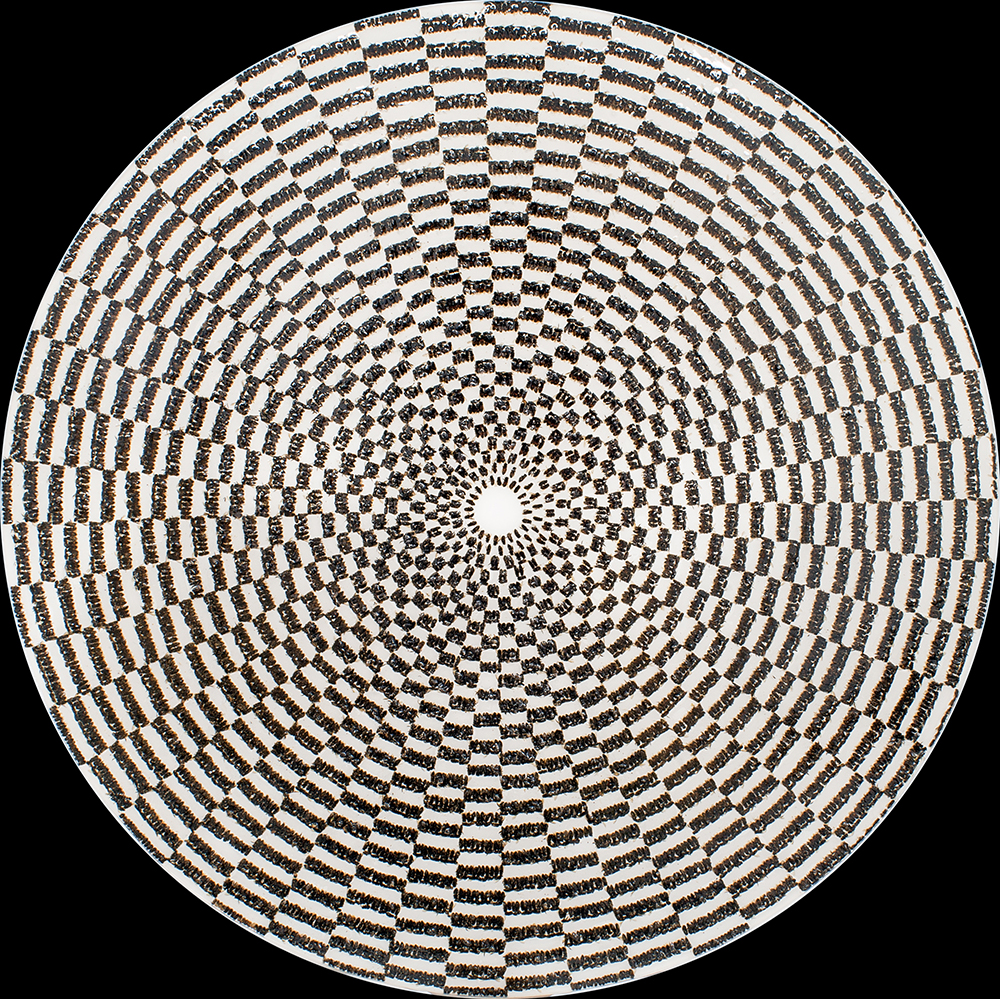 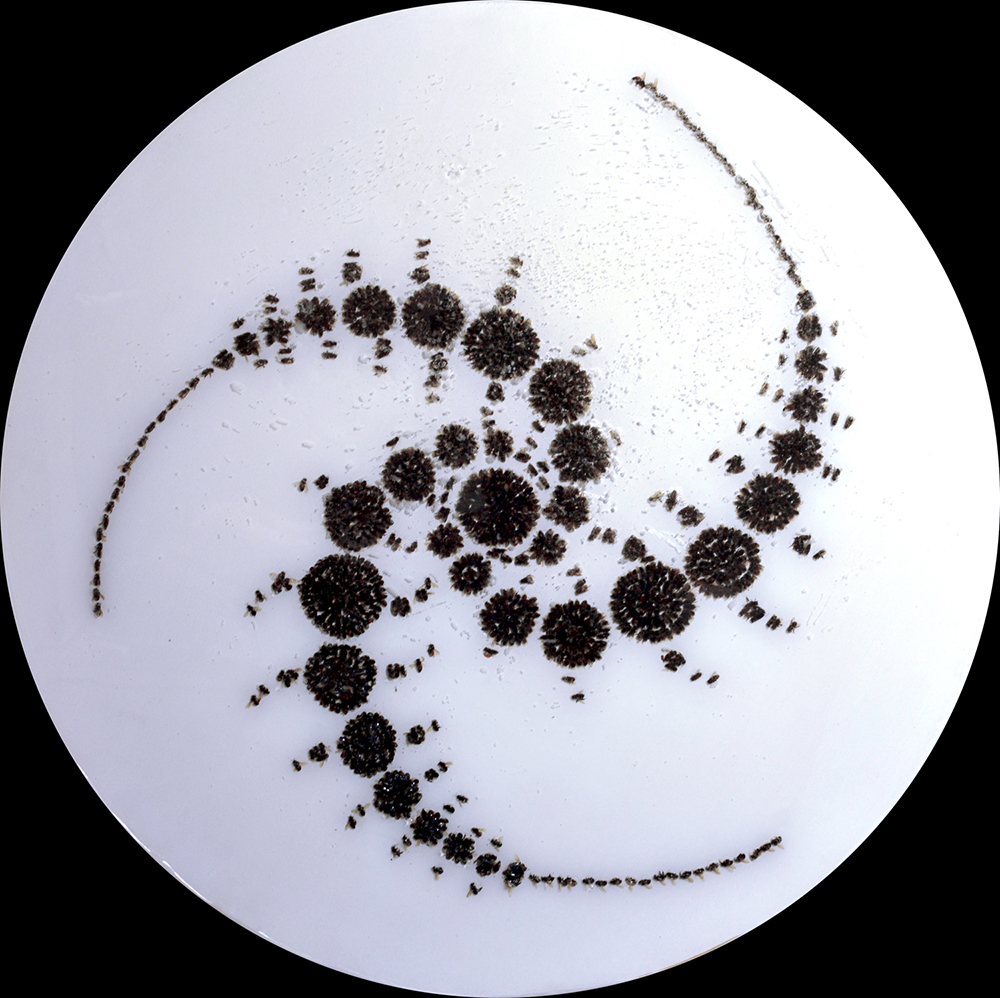 Why did you decide to incorporate mathematical patterns?

Like most of my ideas, the idea of the mathematical patterns of nature, and their symbolic power came together when I couldn’t sleep one night. It emerged as the perfect simultaneous visual representation of the bee crisis, the ethos I was trying to represent, and a way to reunite the hive harmoniously in death. Aside from the symbolism of the patterns that provided the conceptualist slant of the art, the patterns allowed me to develop a systematic routine approach to deal with using thousands of dead insects. The structure helped to detach me enough emotionally that I was able to push through the very tedious work that was required for each piece. 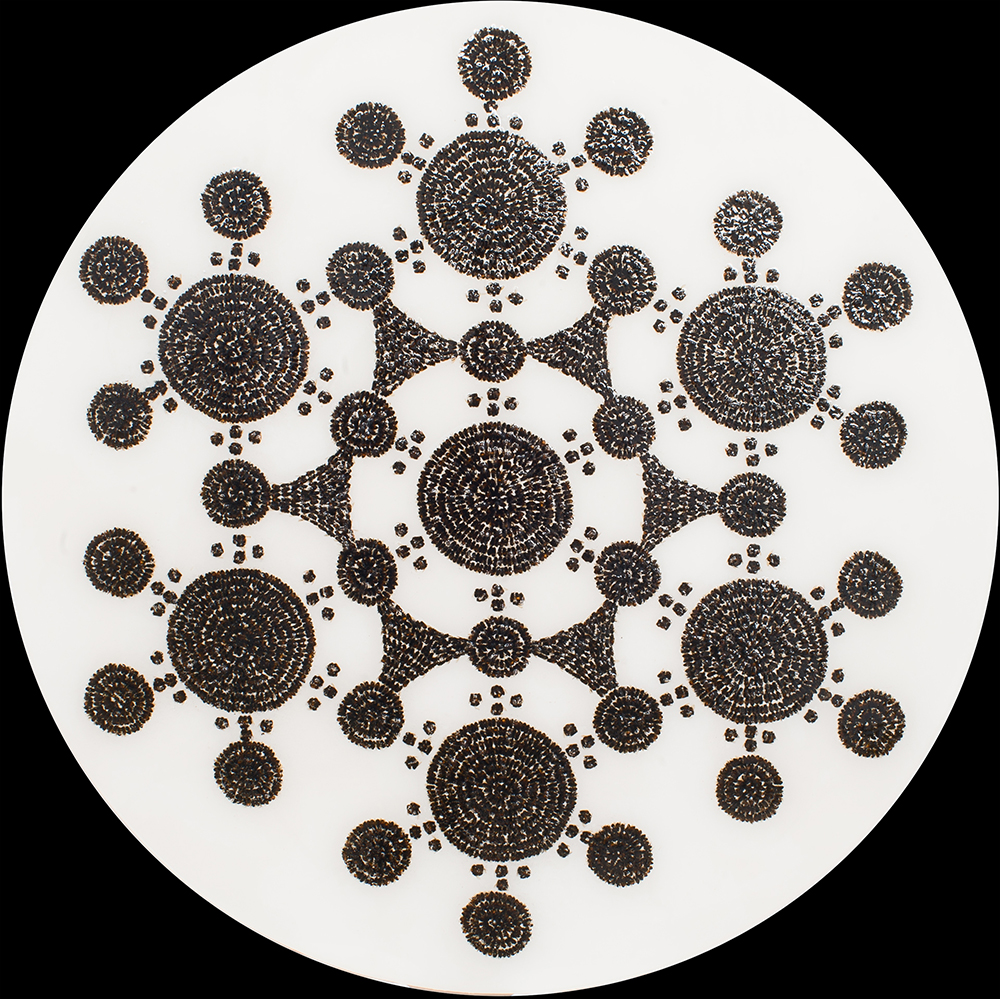 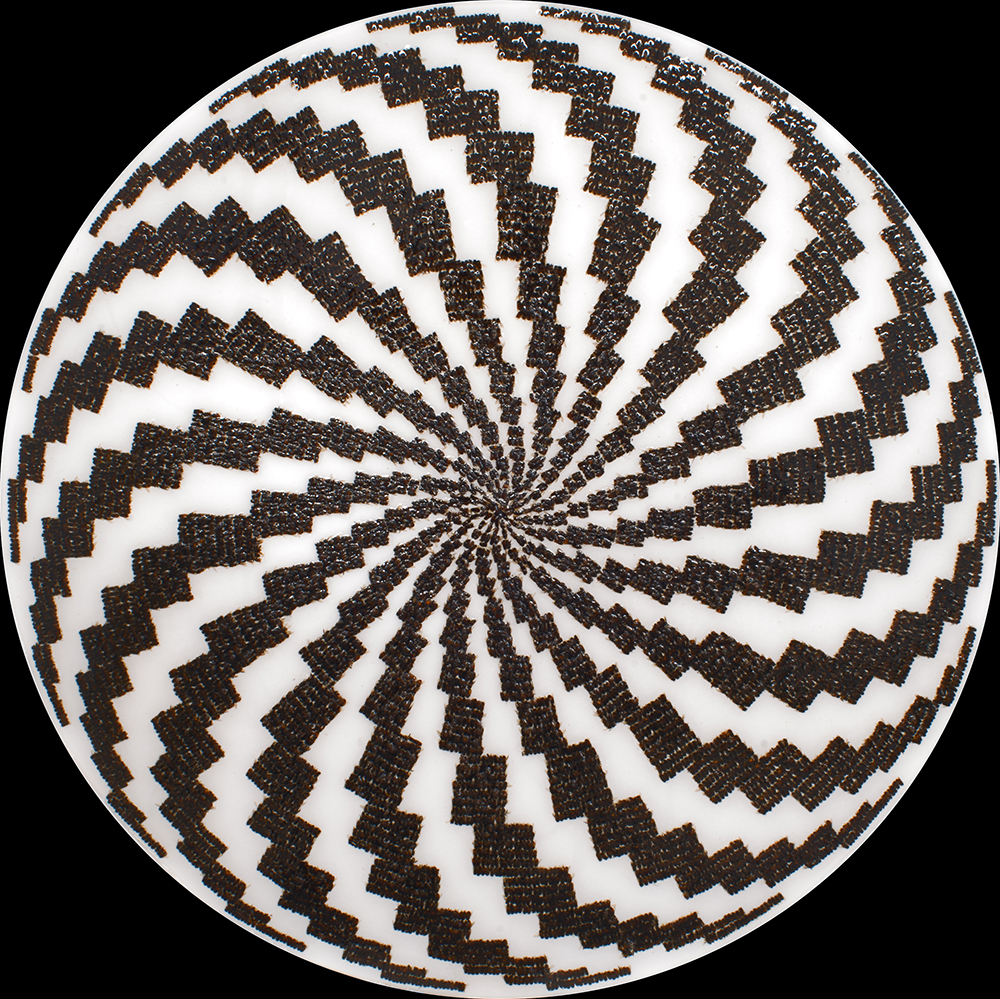 Can you tell us about the process behind making Bee Works?

The bees were my own, as well as the bees of fellow beekeepers who had also lost hives. I used about 65,000 total. These bees were placed and glued individually by hand, and the finished patterns were encased in museum-quality resin. These bees will last indefinitely in their frozen swarms. My use of real dead insects conveys the pathos of a mass burial and the maddening frustration of a disorienting epidemic. 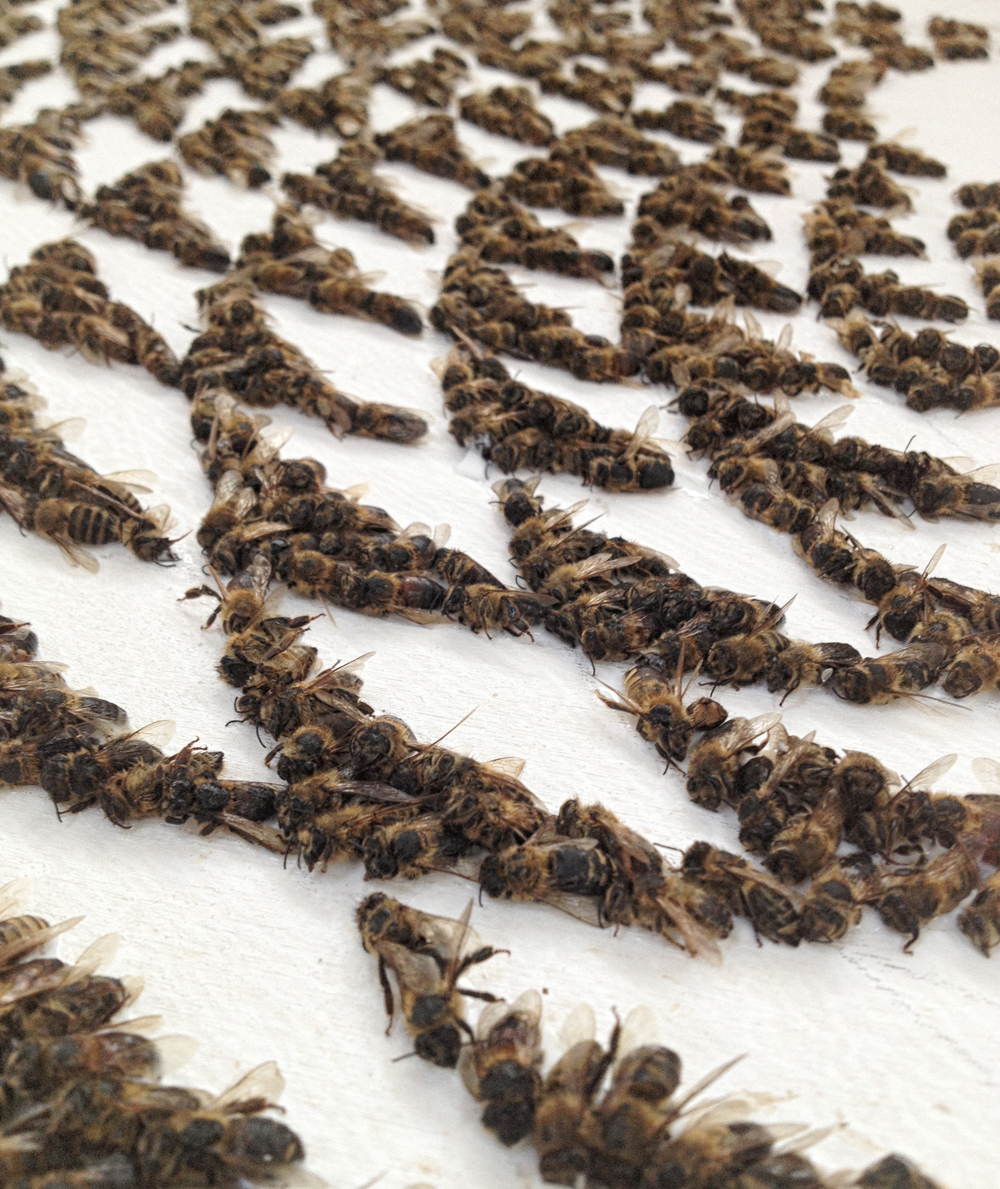 My purpose in creating these artworks is to call for much-needed changes to the way that Canada (and the world) condones the use of systemic pesticides. Beekeepers connect with this message instantly – it is why they have been sending me their own dead bees to help continue this work. People with less direct experience with bees have expressed surprise at the great numbers of bees in each hive, and have reported feeling disorientation and sadness beyond what they expected to feel. This visceral human reaction is exactly why I chose to make Bee Works – it makes the bee crisis relatable to everyone and important to people who had not yet realized it is such a problem.

I couldn’t be more proud that this work has raised awareness about the global decline. It also helps me deal with the loss of my own hives to know that something lasting has been created from them. I will continue to advocate for humanistic and conservation issues through my art. 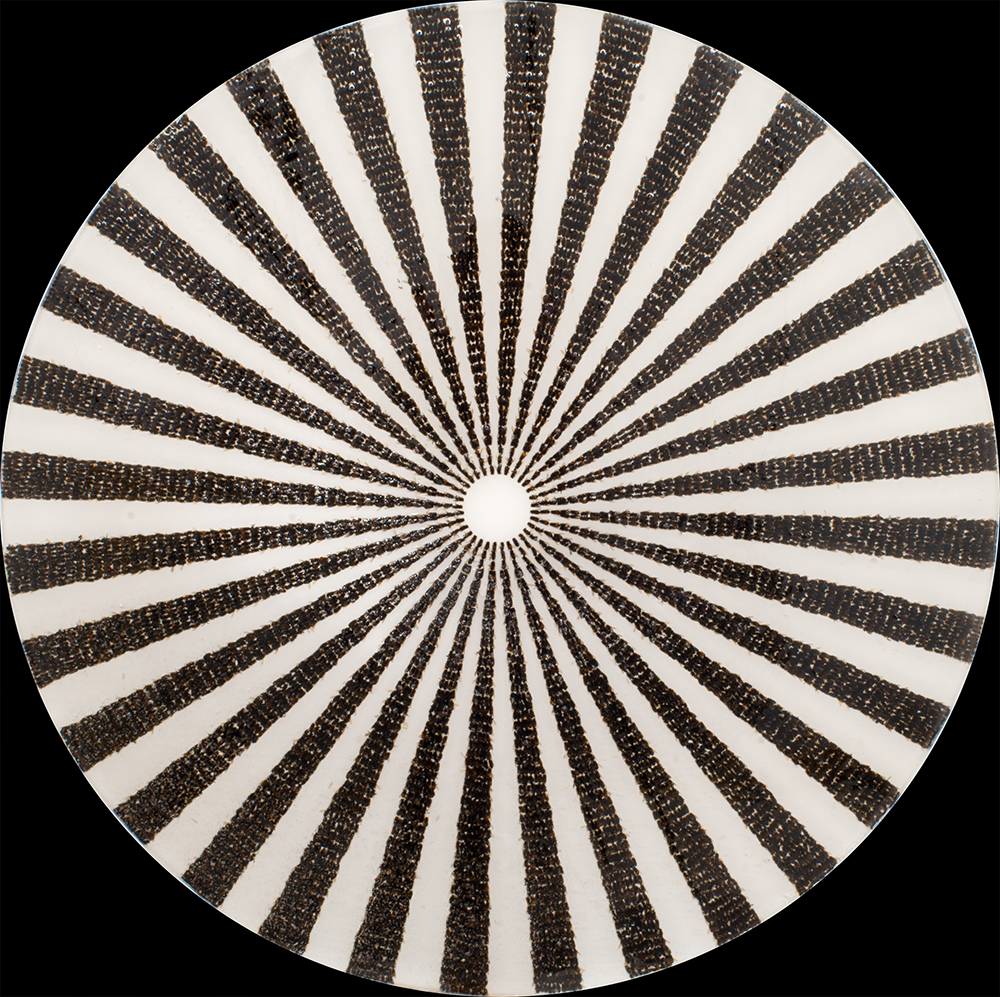 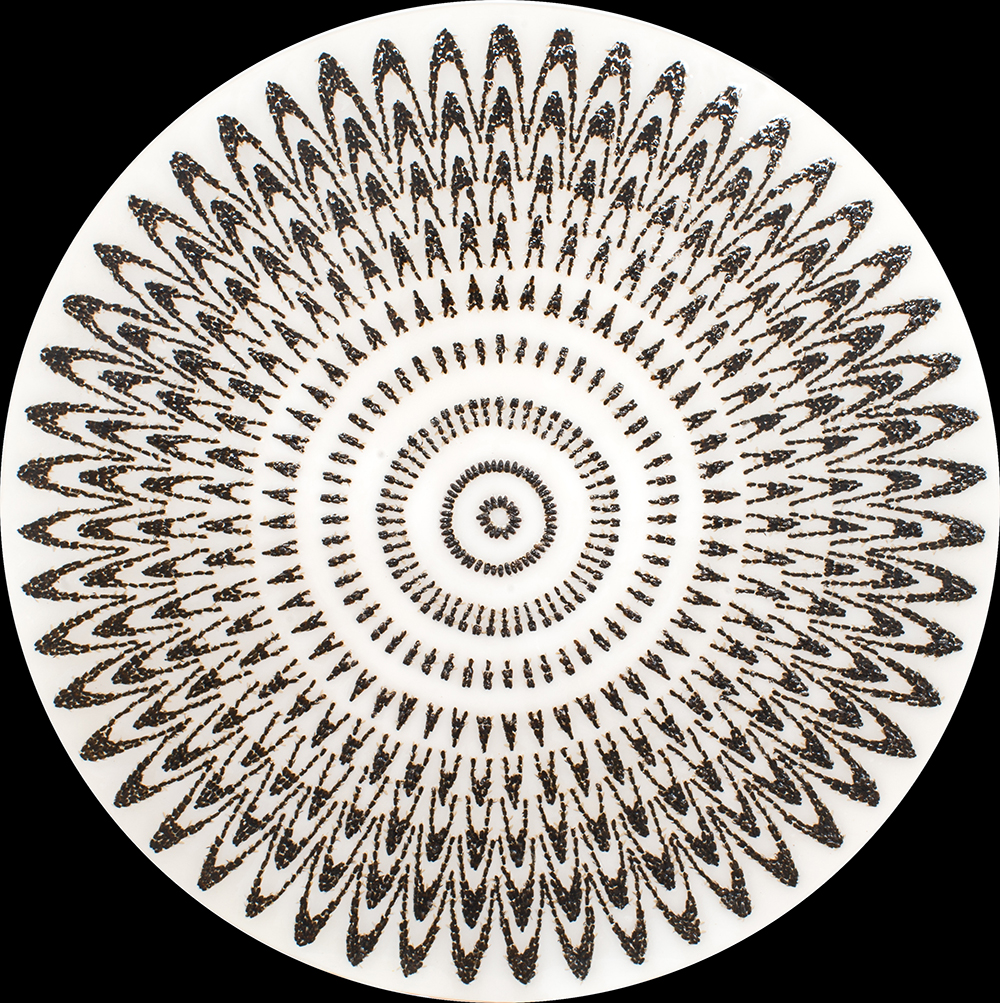 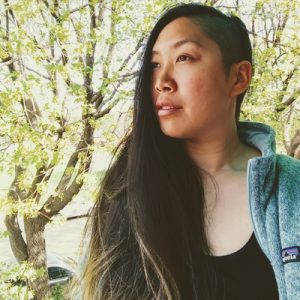