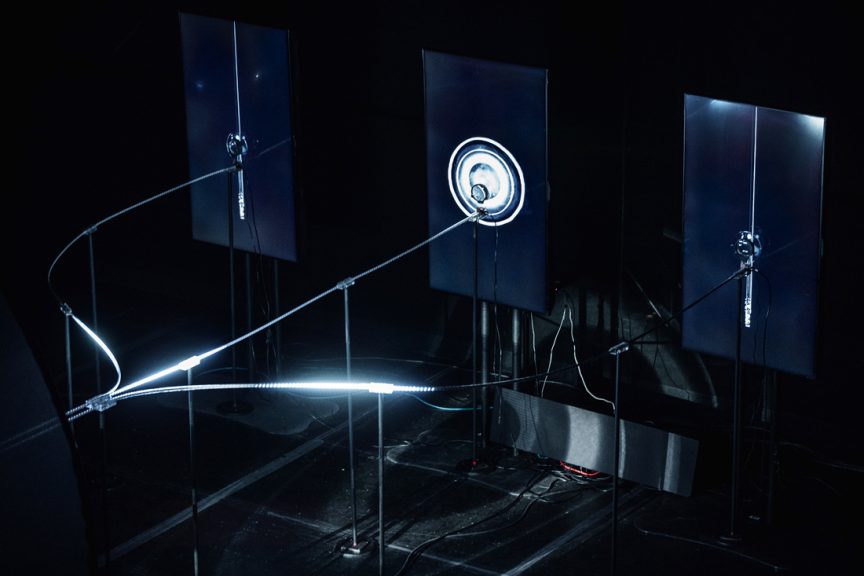 Herman Kolgen is a multimedia artist based in Montreal, Canada. His performance-based work ISOTOPP made its North American debut at Mutek Montreal this August. ISOTOPP is the culmination of a recently completed two year artist residency at the Large National Heavy Ion Accelerator (GANIL) in France. Here, researchers study heavy ions colliding with their target nuclei, travelling at speeds up to 1/3 of the speed of light. Kolgen’s performance aimed to conceptualize the research led by his scientist-collaborators Jean-Charles Thomas and Thomas Roger through an audiovisual experience. 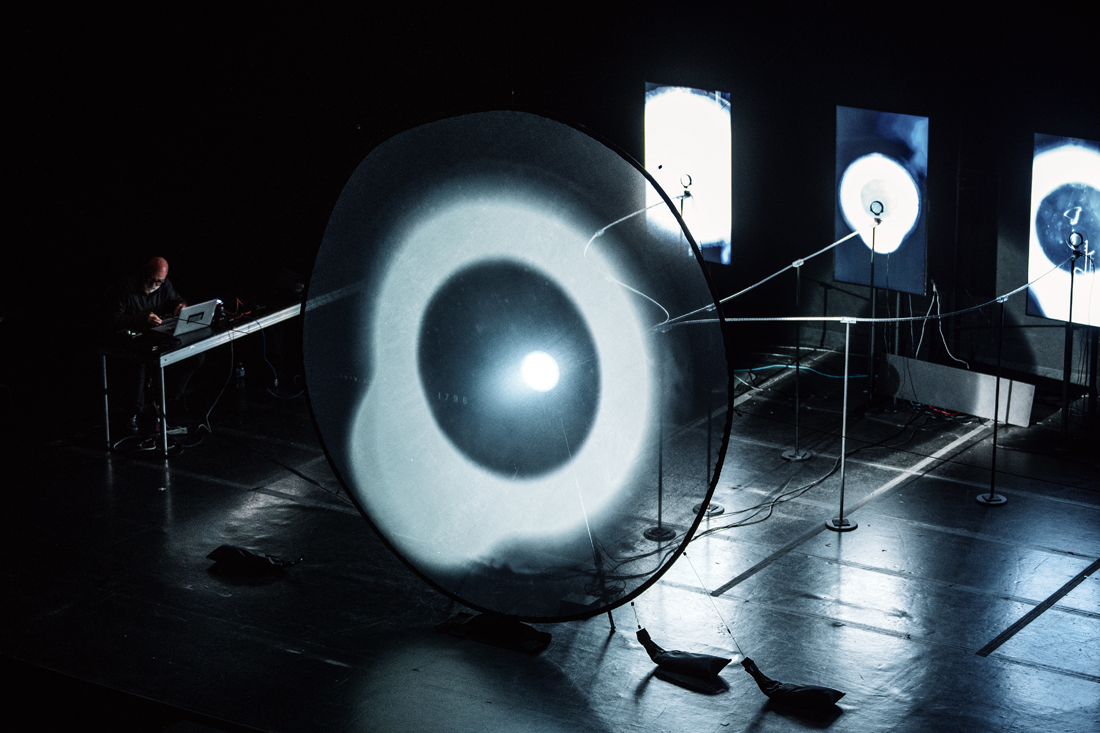 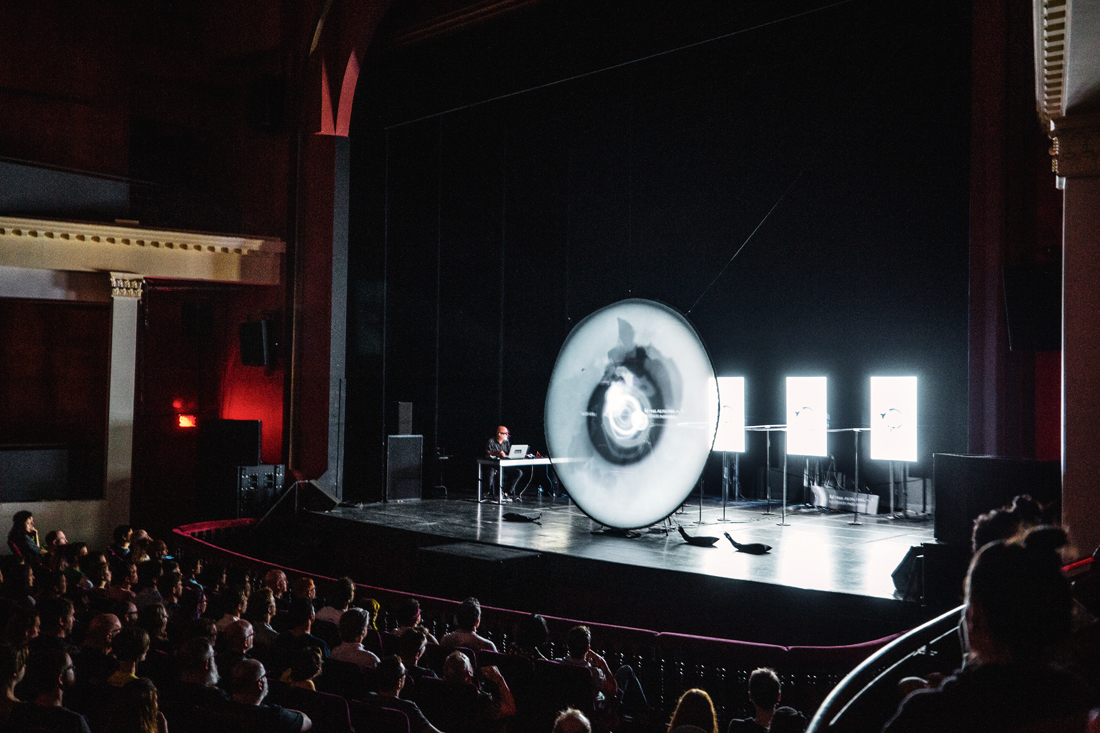 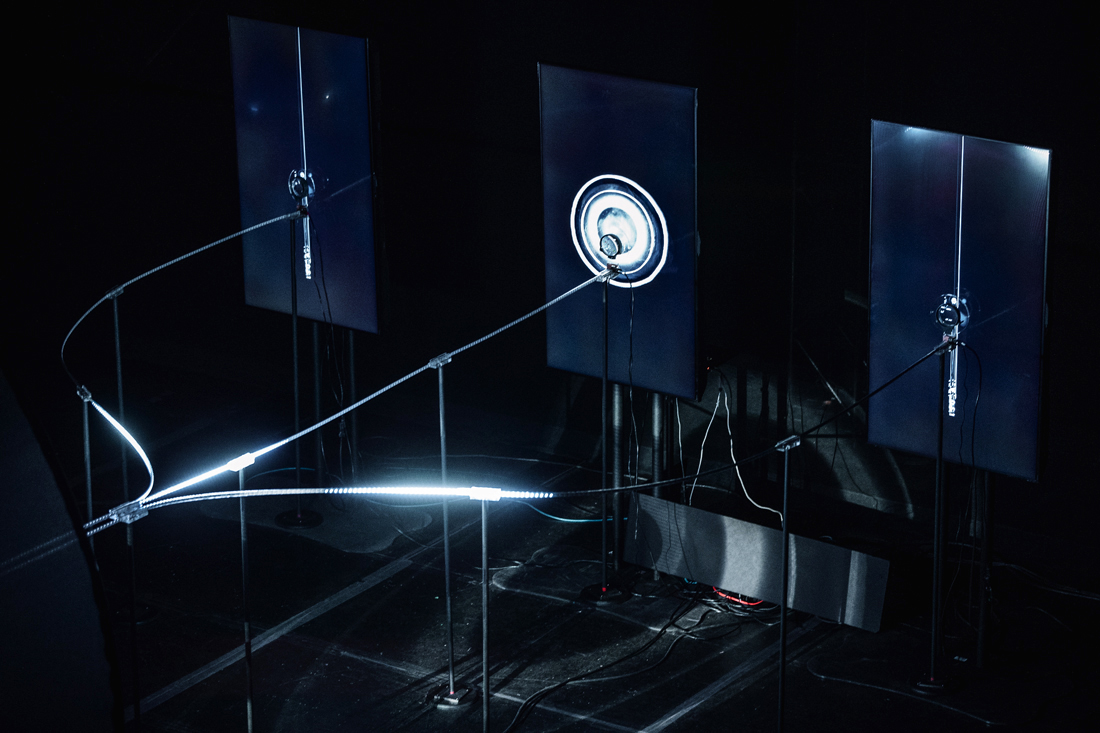 The anticipation for the A/Visions series at Mutek Montreal was palpable. A crowd lined up before the show in the hall outside for a seat to what promised to be a bleeding edge evening of audio/visual experience, including Kolgen’s North American premiere of ISOTOPP.

The light from ISOTOPP was white, stark and cold. The sounds were reminiscent of analog synthesizers, or an oversized dot matrix printer. Kolgen’s performance was both a gruelling and exhilarating experience of raw power. There was no reprieve barring the moment when Kolgen, like a researcher troubleshooting his equipment, stepped away from his workstation flashlight in hand, and carefully approached the disk, which stood prominently at the front of the stage. He demonstrated the use of a light sensor located in the disk’s centre, creating a grinding sonic response as the beam passed over. Soon after, a new threshold was reached, and Kolgen retreated to his workstation while renewed light re-ignited the disk.

The performance occurred in repetitive phases, as though Kolgen was meticulously collecting data, running his experiment over and over again. At first, there was the excitement and curiosity that comes with being on the verge of discovery, but as the performance progressed, the build up and dissipation of energy continued. The audience was subjected to an iterative process, an experiment aimed at reproducible results. After many attempts, a particle was positioned and precisely manipulated.

When the sound subsided, an imprint remained. Not of any specific results of an experiment that could have been conducted at the Large National Heavy Ion Accelerator, but instead of the immense power required for its control. 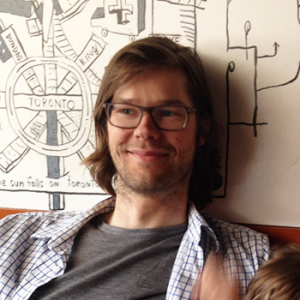 Owen is an engineer and musician whose web-based projects explore systems and algorithms found in nature, physics and math. Drawing from his experience as both a media artist and research geophysicist, he solves cross-disciplinary challenges through exploration and experimentation. Twitter: @o1sound