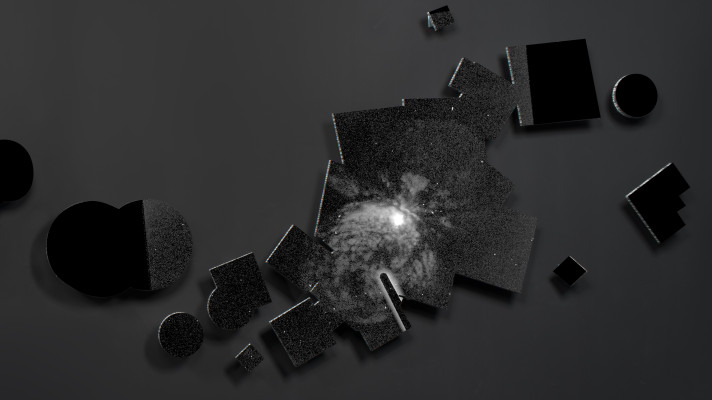 How do science and technology frame our experiences of the natural world? Ruth Jarman and Joe Gerhardt tackle this empirical question in their work: Catching the Light (2014). The duo, better known as Semiconductor, uses visual data collected by telescopes in a 6 metre wide projection. Their work disrupts original spatial relationships to create new patterns and points of reference across a multitude of screens—remapping the sky across the installation screens. 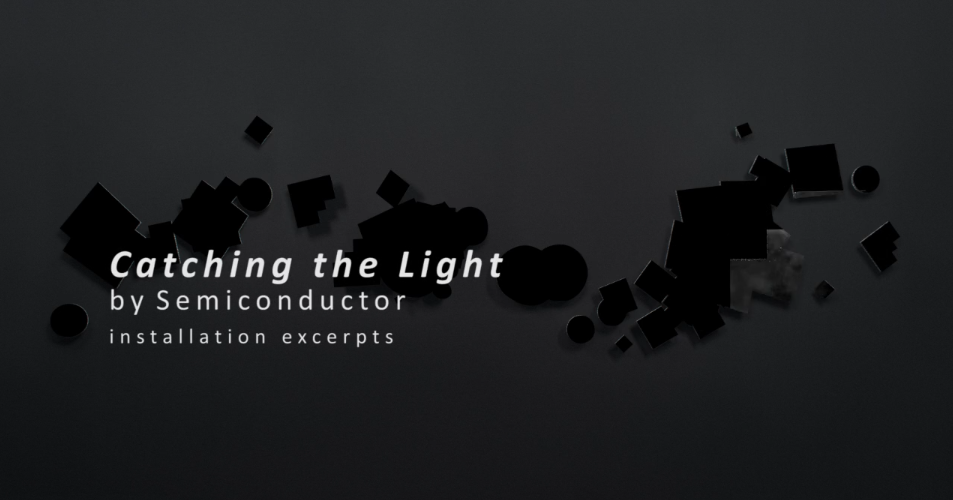 Unfortunately, due to privacy settings, we are unable to embed the video documentation. But you can watch the film here.

By collecting the data in its rawest form, Semiconductor presents information just as the telescope captured it. Typically, scientists remove noise, anomalies, or signatures associated with the technology through rigorous methods. Instead, Semiconductor uses the honesty of raw data to represent the truest experience of space as an archive of human interactions with the extraterrestrial.

“The shape of the screens reflect the space observatories’ image capturing process,” Semiconductor explains. “As they photograph chosen parts of the sky, the trail of images produce assorted shaped arrays, which are then used as points of reference in the data archives.” Semiconductor combines this different arrays to create the screen composition, so that they “become portholes or windows into the universe….suggest[ing] that what we are seeing is only a part of a much larger picture.” 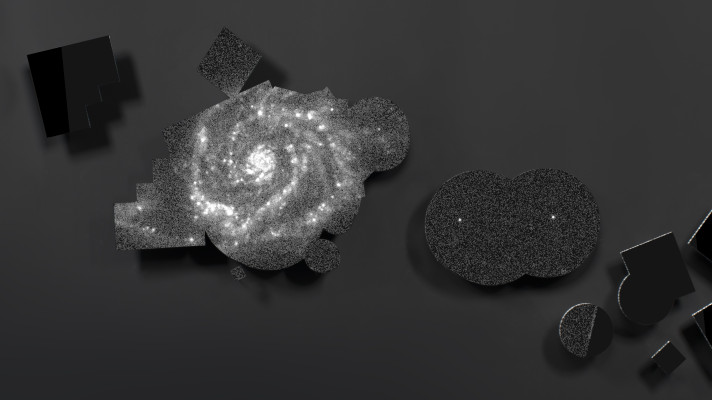 In order to present their vision in a dynamic platform, Semiconductor worked with with programmer Julian Weaver of Finetuned Ltd., who assisted in the processing of raw images, rotation, and alignment of data for Catching the Light. Using components derived from NASA software, often only available in short code, Weaver reprojected the space satellite data to fit Semiconductor’s creative vision.

To show an example of the differences between raw and processed satellite imagery, two photos of Messier 15, a globular cluster in the constellation of Pegasus, are included below. The first, is the corrected image, while the second is uncorrected, allowing all the imperfections of the data to come to light.

Floating on the walls of the installation, each screen is positioned and constructed as a representation of the space equipment used to capture these images. Displaying these images on a matte black surface, Semiconductor replicates the techniques used by scientists to absorb unwanted light and draw the viewer deep into space. 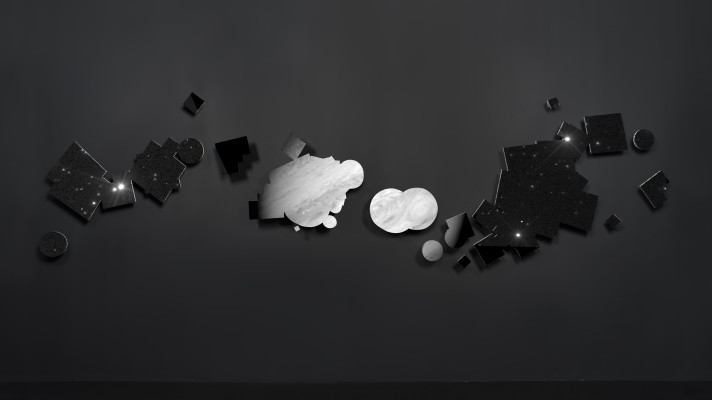 Catching the Light combines vivid images of the deepest corners of space with sound. Shifting from one screen to the next, Semiconductor creates an audiovisual masterpiece in an otherwise noiseless environment.

“Catching the Light combines vivid images of the deepest corners of space with sound…an audiovisual masterpiece in an otherwise noiseless environment.”

“The four channel sound runs along the width of the screen, shifting as events appear and disappear,” Semiconductor explains. “Using the luminescence of the image to create and control sound, the visual events carve a sonic space out of a field of noise, producing a singing universe of harmonic tones, reminiscent of radio telescope data translated into audible frequencies.”

Commissioned by the ArtScience Museum, Singapore, for their exhibition Da Vinci: Shaping the Future (2014-2015), Semiconductor uses data from the Mikulski Archive for Space Telescopes (MAST). Works, such as Catching the Light, have won Semiconductor many fellowships and residencies in important scientific institutions, such as NASA’s Space Science Lab and the Smithsonian National Museum of Natural History, to name a couple.