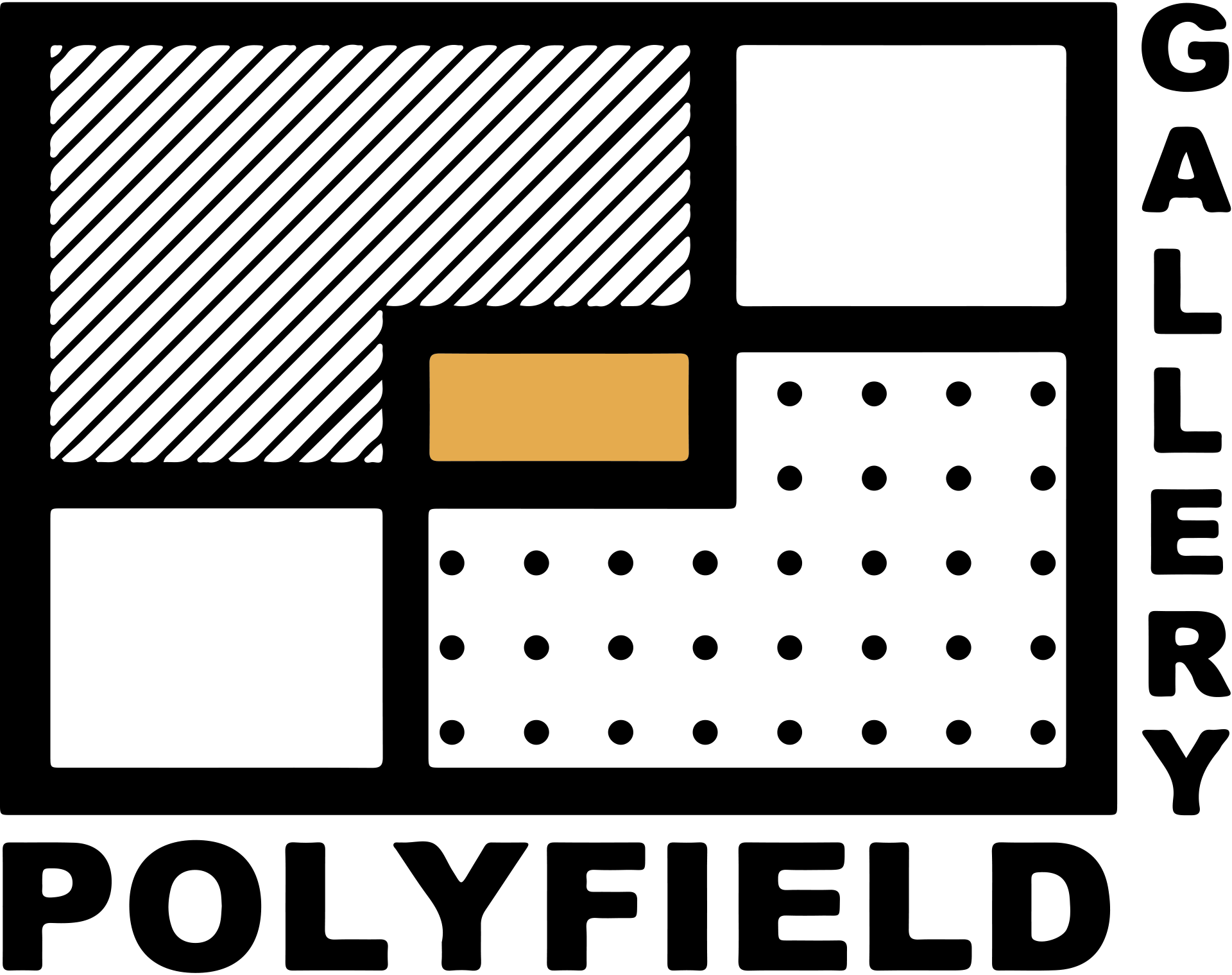 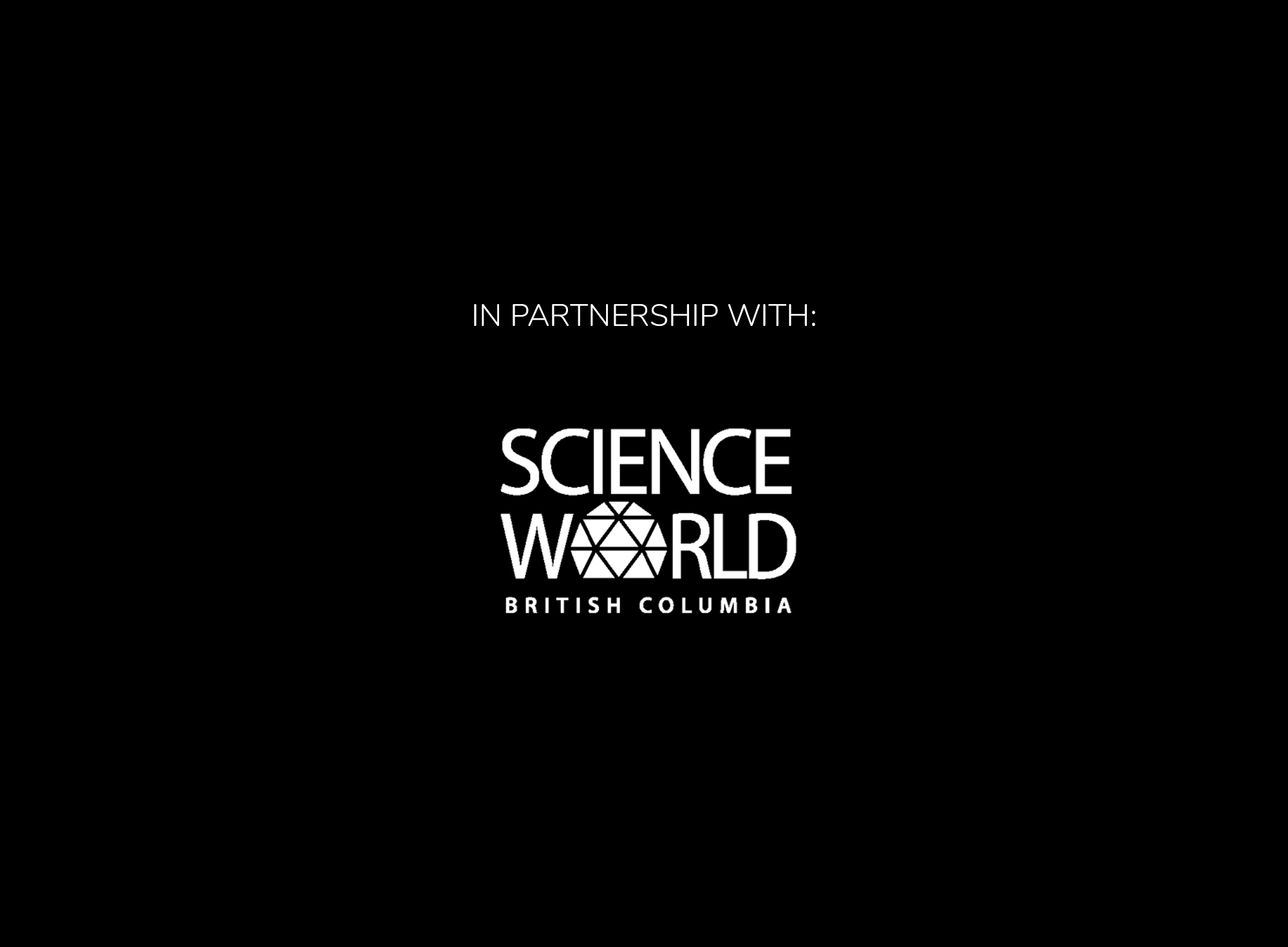 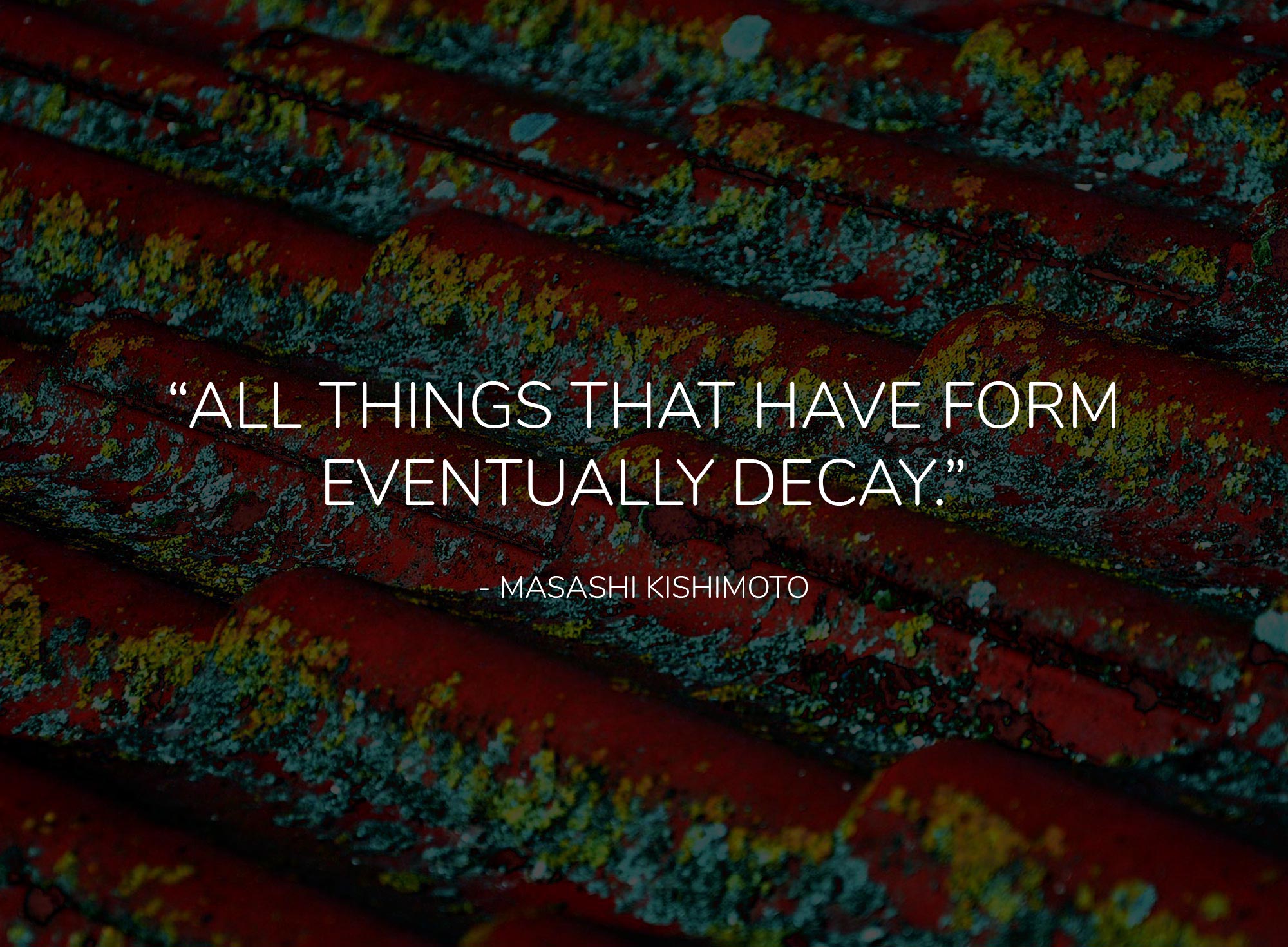 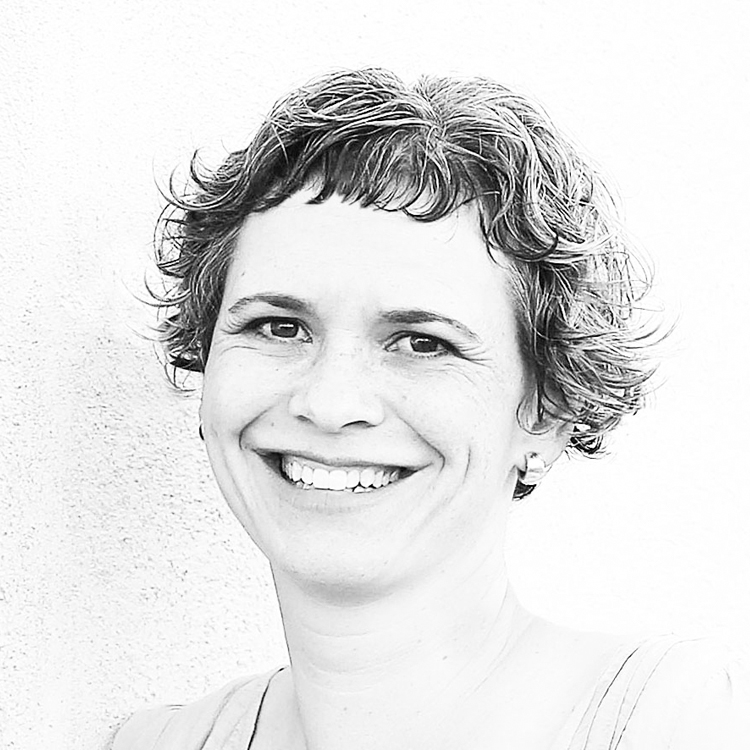 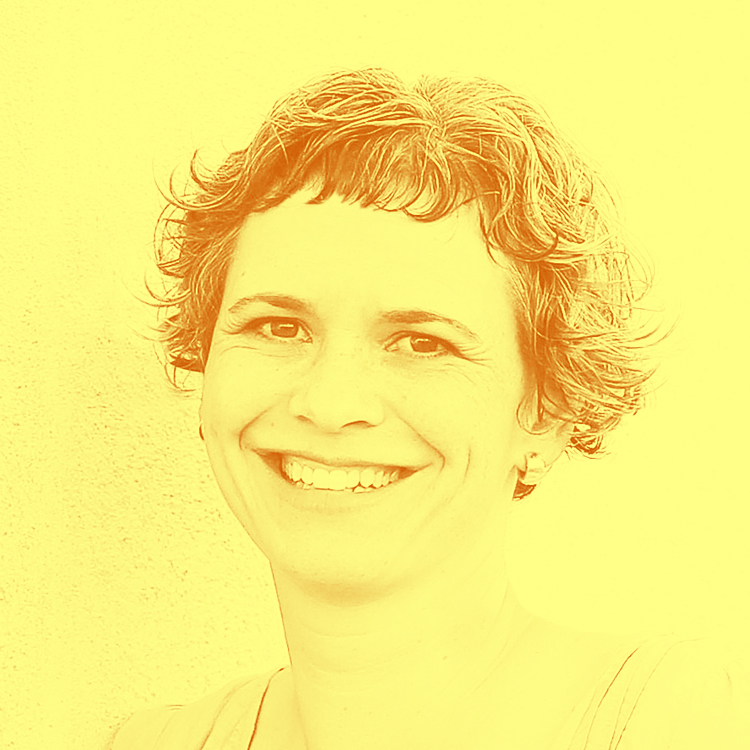 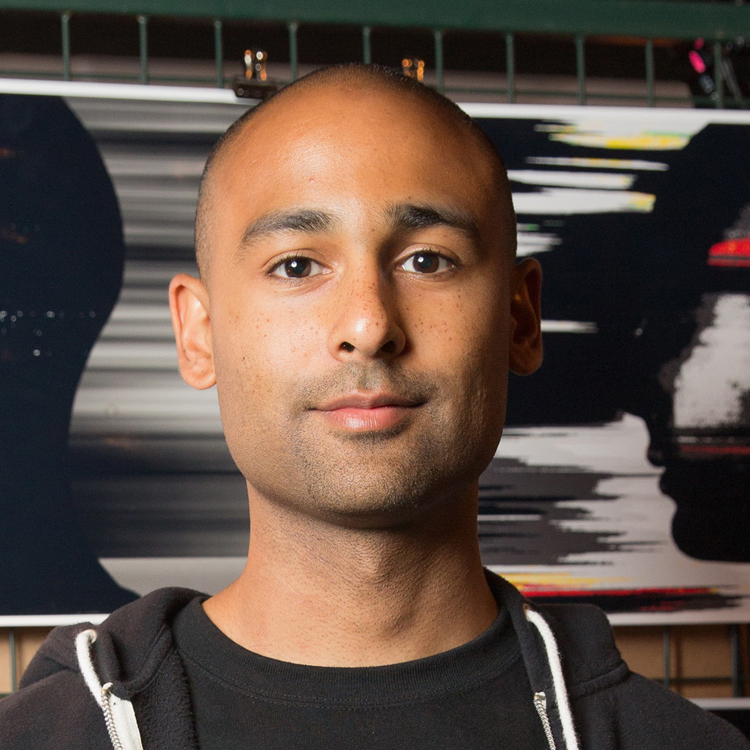 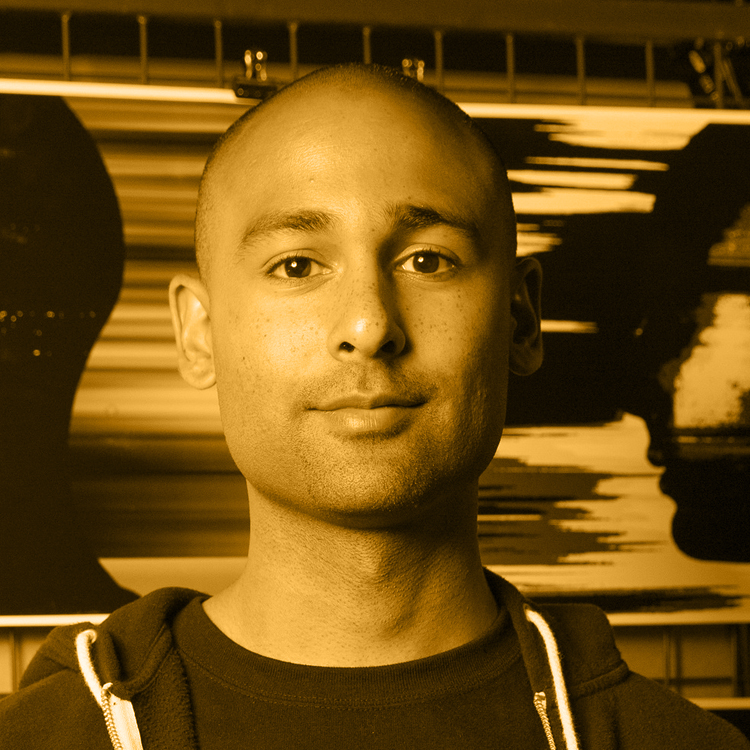 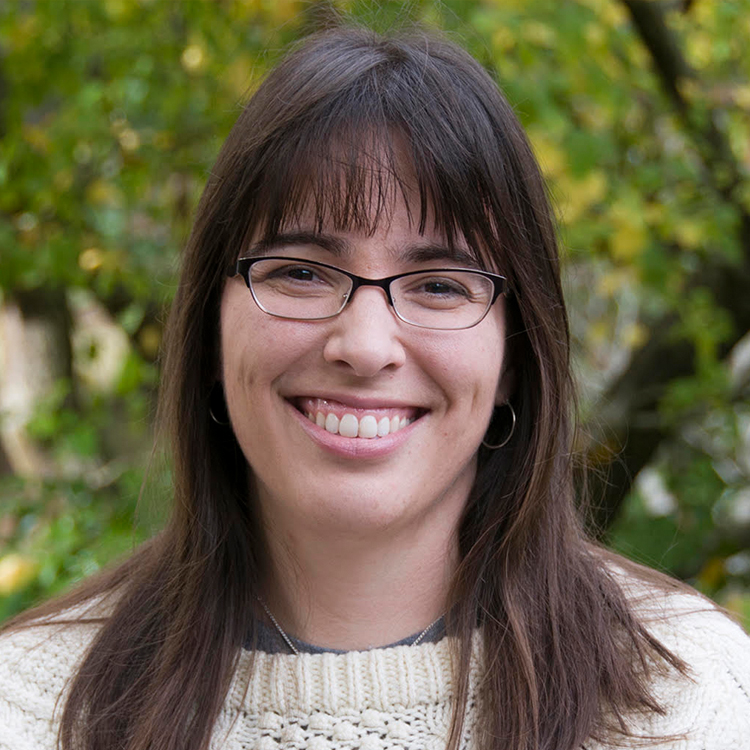 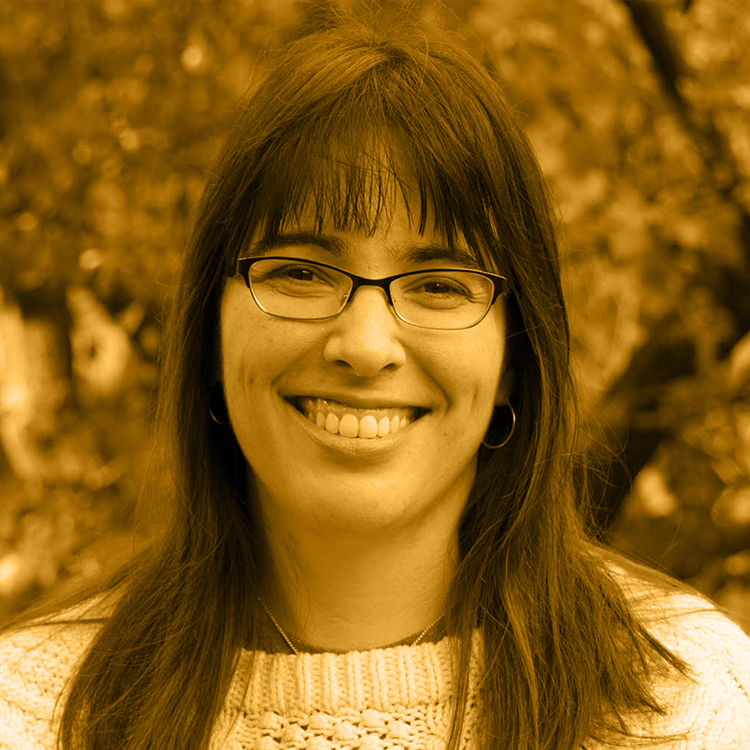 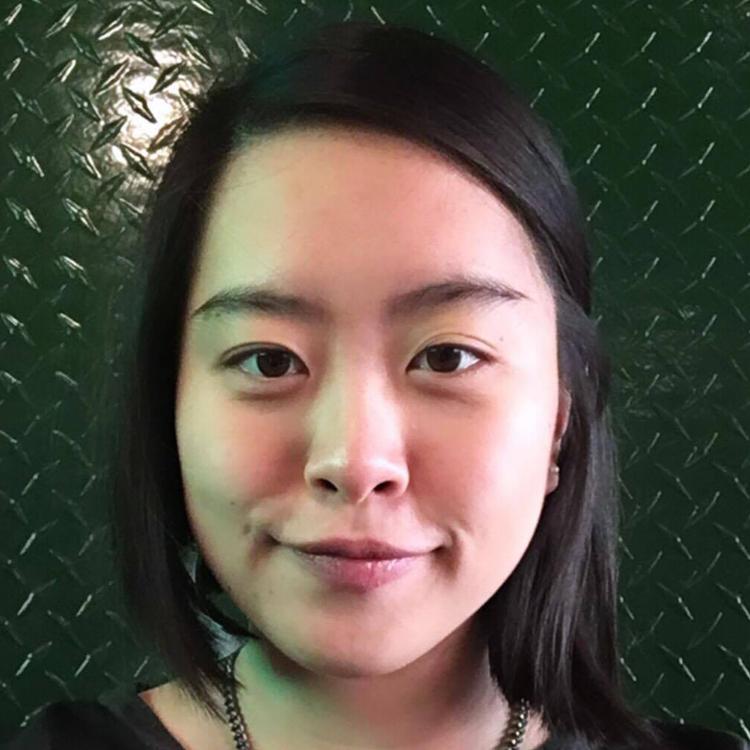 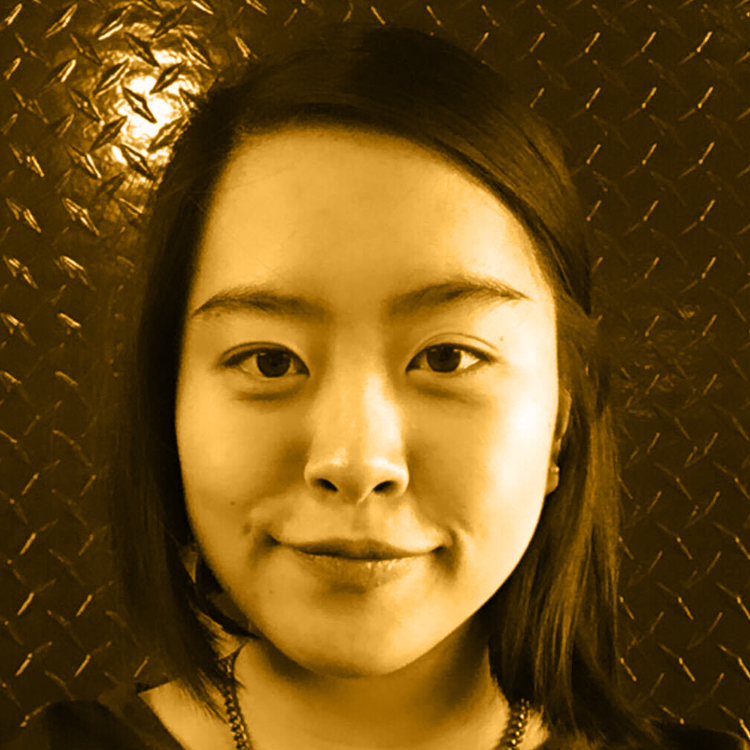 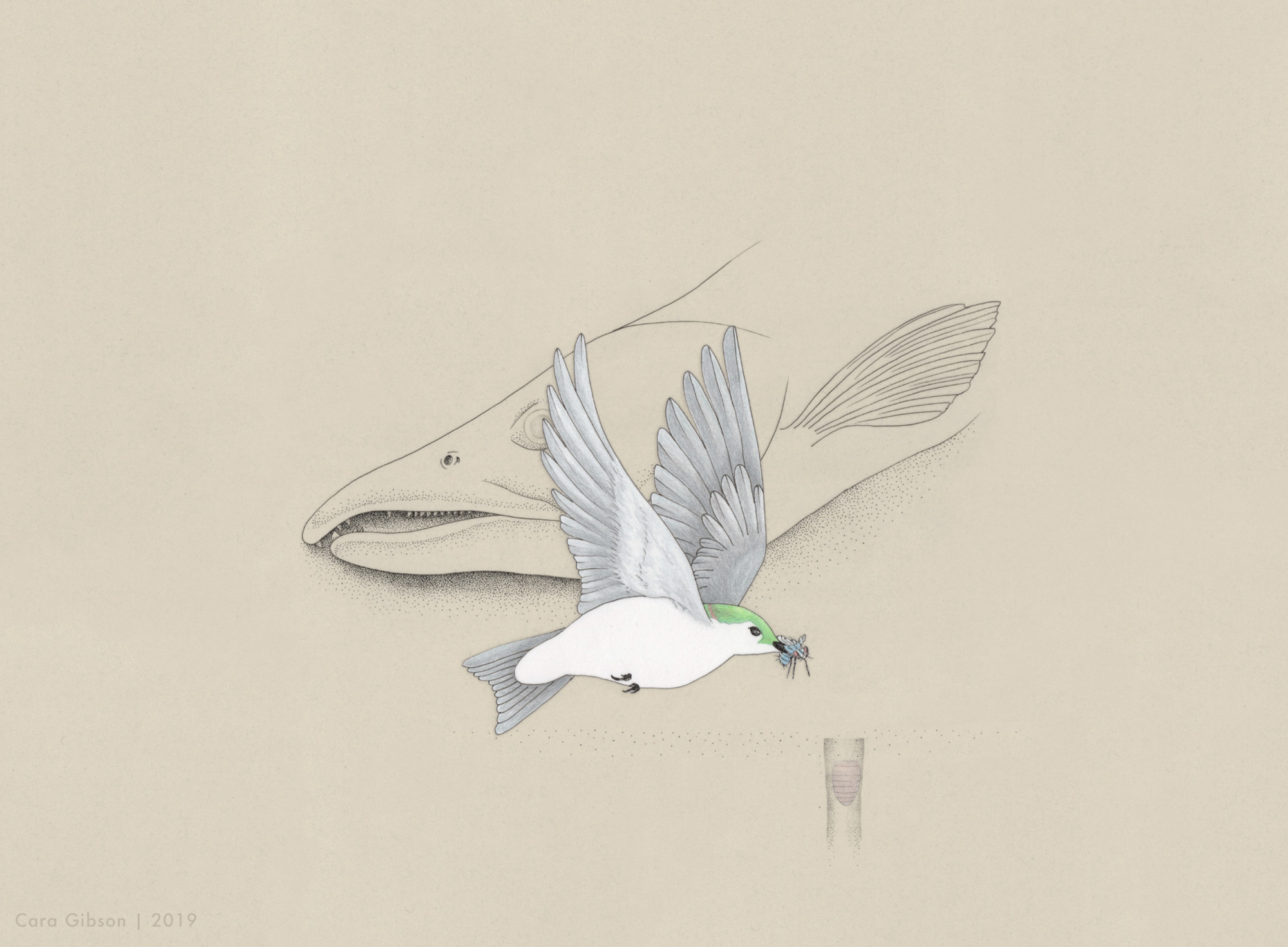 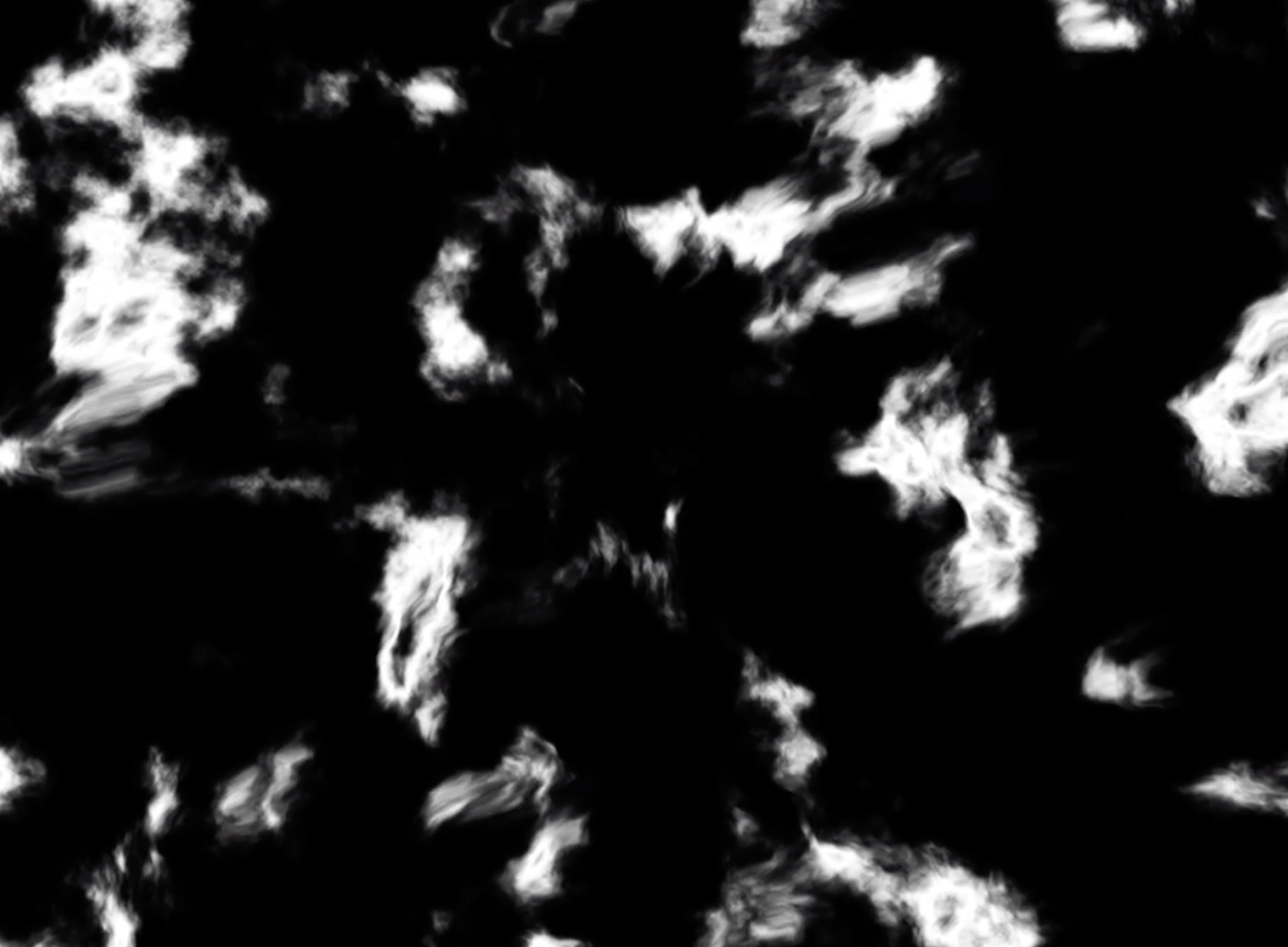 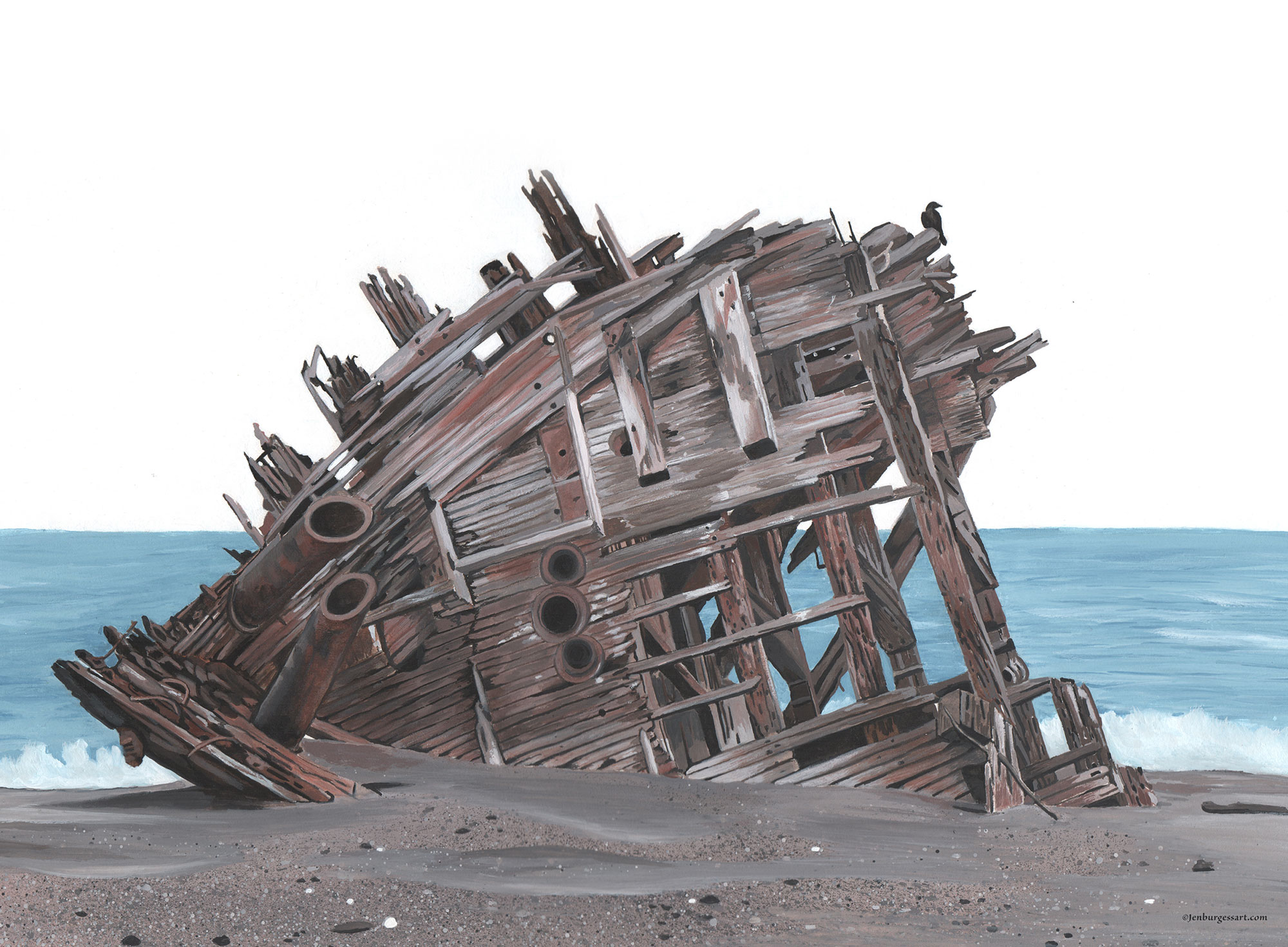 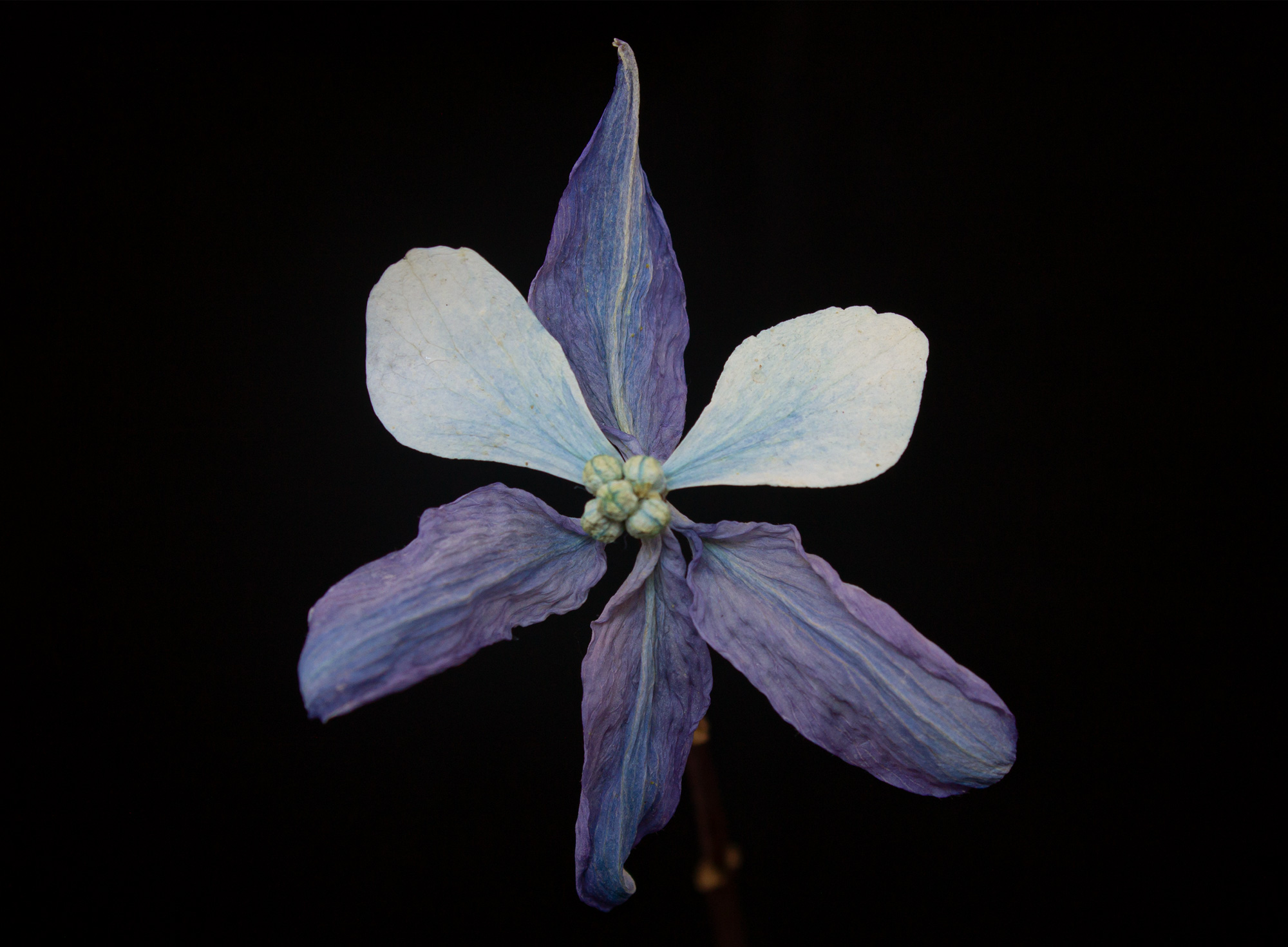 All things that have form eventually decay." ― Masashi Kishimoto

Decomposition, fermentation, and metabolism play key roles in our environment and facilitate the continuous transformation of our planet on both a micro and macro scale. From food production to digestion, rust to recycling, carbon release to senescence—these complex processes touch upon almost every aspect of life on earth.

RE-COMPOSITION is a curated collection of science-art works that invites viewers to consider the influence of these fascinating systems on their daily experiences.

This is where I write things.

Maggots (baby flies) hatch from the eggs and consume the decaying material. Once they have gone through several juvenile stages the “teenage” maggots find a place to pupate in the soil. When they have completed metamorphosis, adults emerge from their pupal cases, males and females mate, and the cycle begins again. Adult flies are important pollinators of flowering plants such as skunk cabbage and goldenrod.

When present, these flies can help establish the time of death with more accuracy than a medical examiner's estimation as the timing of their developmental stages is so well understood. A species in the same family, the common green bottle fly, Lucilia sericata, is commonly used for medical debridement of wounds, so-called “maggot therapy.”

At the end the GIF a violet-green swallow (Animalia: Chordata: Passeriformes: Hirundinidae: Tachycineta thalassina) swoops in to consume a newly emerged adult fly. I wanted viewers to move from potential disgust to a broader picture of life’s interconnectedness.

I have always been drawn to decay — with its capacity to root you in place, all senses keen. I hoped to create a work that had some of the appeal of traditional hand-drawn scientific illustrations (stippling!), but via GIF — our current go-to for expressing emotions or reactions over the internet. What’s old is new again.

Forever Ends is an audiovisual cycle of fractals. The peak of its evolution leads to its own deconstruction, and its depletion leads to its self-regeneration. While this paradoxical infinitum can serve as an analog to the infinite regress of philosophy and interrogate perception and the metaphysical, it can also echo the physical realm and explore phenomena like the manifestation of ecosystems. Learning from their behavior in nature can inspire strategies for building self-fueling sustainable futures across all aspects of society and experiencing them through time-based media aesthetically can maximize engagement with their underlying structures and evoke deeper insight. 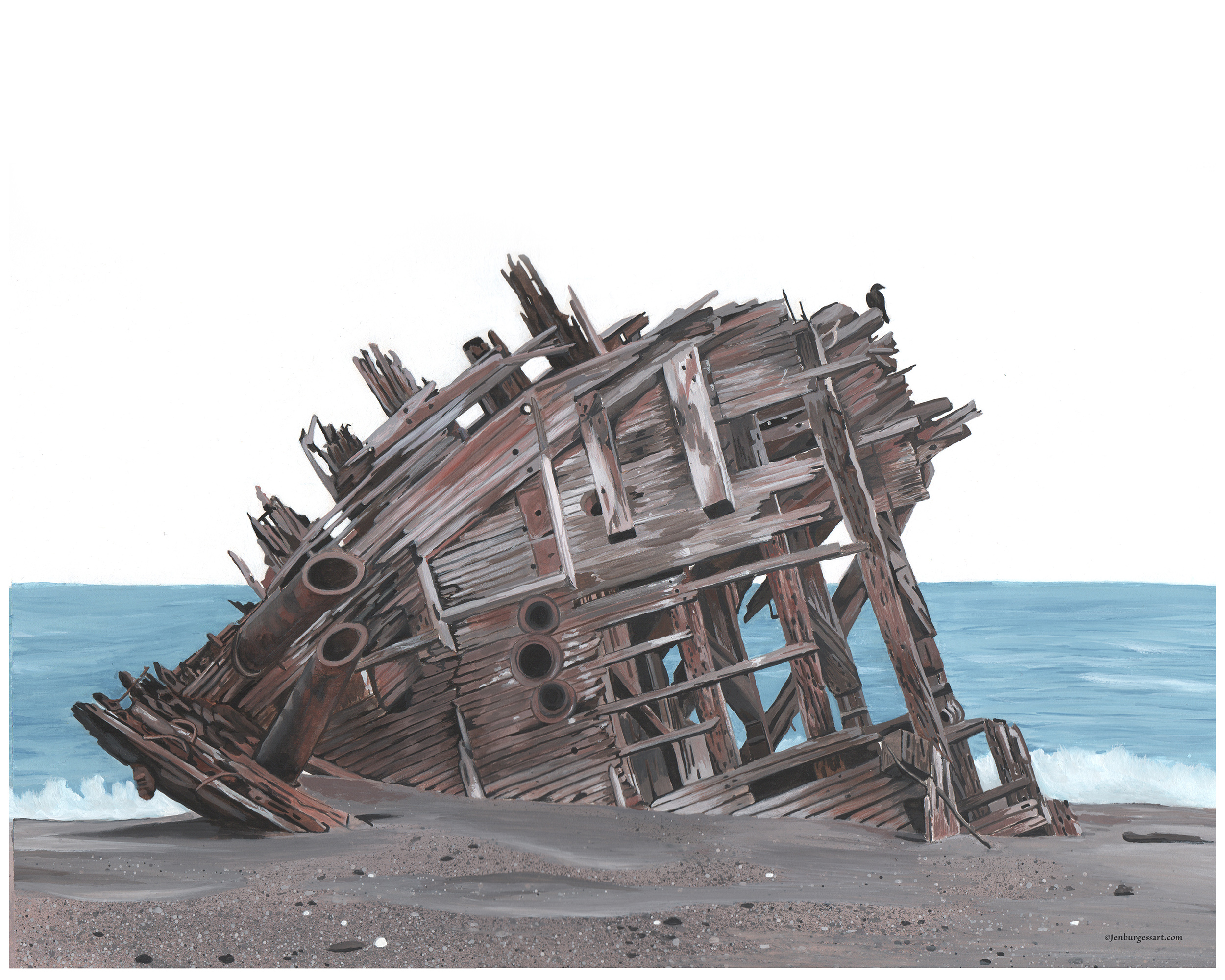 In a winter storm of 1928, the logging barge ‘Pesuta’ ran aground on East Beach near Tlell, Haida Gwaii. June 2016, 88 years later, I solo-hiked out to see it. Even from a distance you can’t miss it — the Pesuta is rolled onto its side, rusted smoke stacks reaching out, broken boards of its starboard bow thrust upwards, raking across the sky.

It seems to be preserved in its death-throes, frozen in time.

But no, over the years, wave action, sandblasting winter gales, freeze and thaw, the sun’s UV, bacteria, invertebrates, even gravity... all forces acted and acting upon it to deteriorate its wood and metal, breaking it down on both a large and small scale.

I spent the afternoon exploring its textures and shapes, and that night I camped in the dunes just west of it. In the morning I loosely sketched its shapes in pencil and watercolour and photographed it from every angle. I watched ravens and bald eagles alternately using it as a lookout perch.

Back in my home studio I built a grid and spent weeks recreating one of my photographs. First in graphite, then gouache, I painted over the grid and built up that ship from nothing to its broken state, square by square, preserving the moment of that memory.

Someone told me last year that it looks like a broken heart, and I realized how broken mine was when I painted it. In re-composing this shipwreck, I was rebuilding myself as well.

CLICK BELOW TO SEE PESUTA AND EXPLORE EAST BEACH NEAR TLELL, HAIDA GWAII 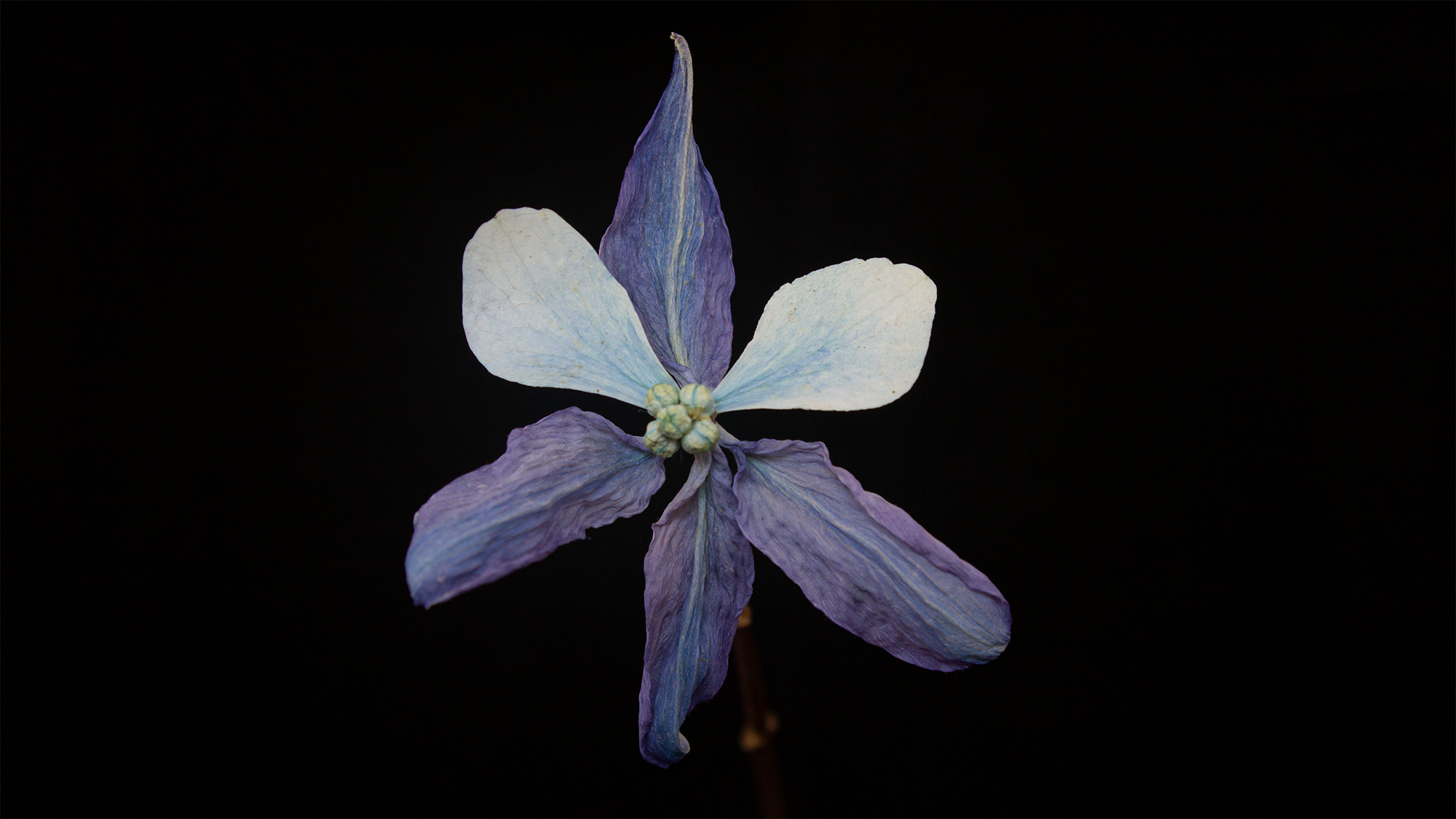 My mother says I’m too sentimental. I want to keep everything and keep naively believing that certain people and things are immortal, even though I know that’s not true. Frankenflora quies is a flower I made (or ‘re-composed’) from four different preserved and disassembled plants. Not an authentic product of nature, F. quies is an artificial form that is capable of the natural process of decay.

Try as we might to defeat the maxim that nothing lasts forever, death and decay are likely to remain inevitable. And we should want them to, because only then will we have the freedom to create and rebuild whatever we want. Plants know this better than we do, waving off their beautiful blossoms one year and welcoming new blooms the next.

As we move towards a future with advanced technology, we may see new ways of preserving and reinventing the natural world. Blue flowers are a rarity in nature and a mark of human ingenuity, thanks to genetic engineering or dye, and F. quies may be another example of what nature might look like in the future with more human intervention.

That we have room for the emergence of new things is the gift we receive for learning to let go. But we don’t have to let go of some things right away, which is why F. quies is kept in the coolness of shade, away from sun exposure or moisture, so its new shape and old colour can remain for a long time.

EXPLORE OTHER FLOWERS FROM FRANKENFLORA 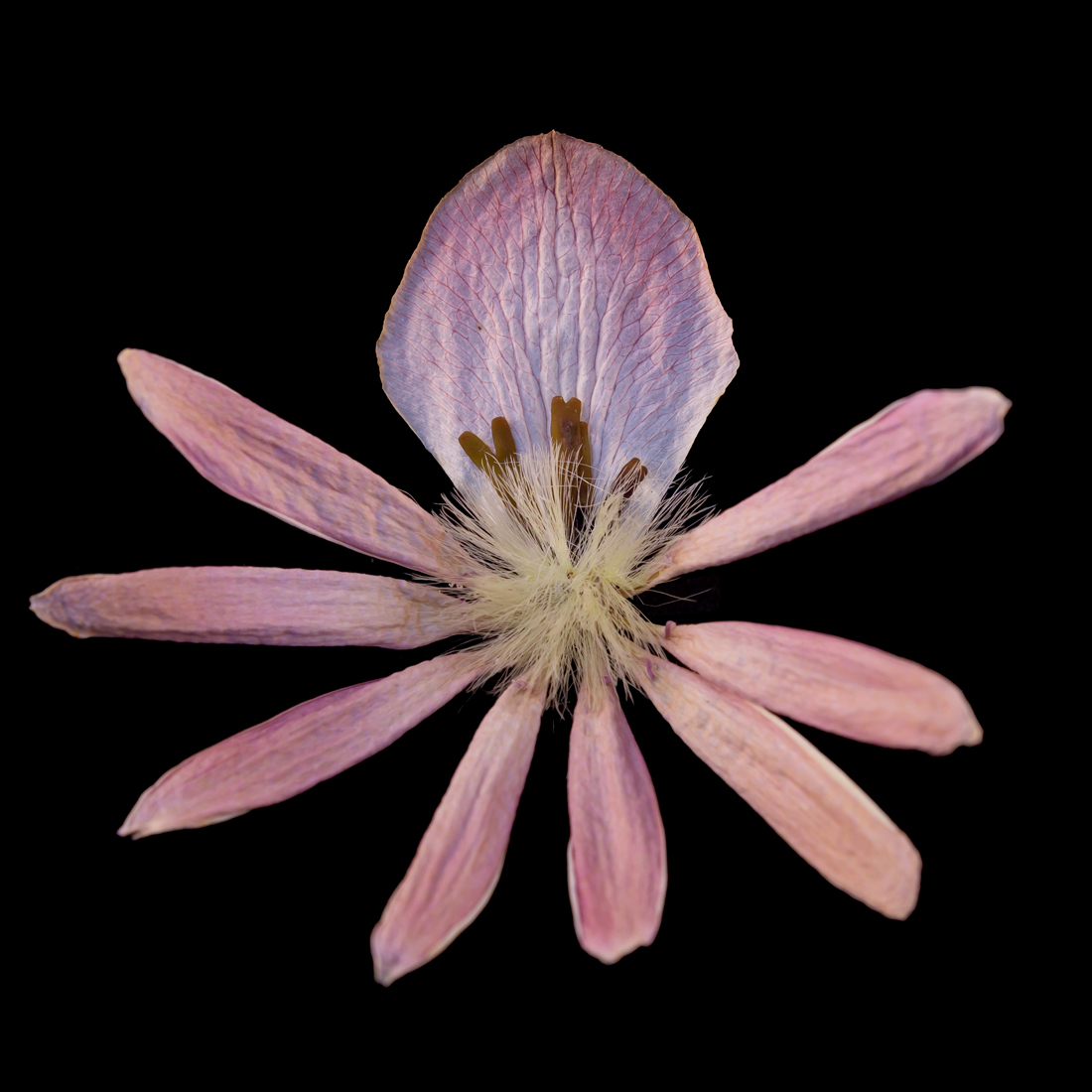 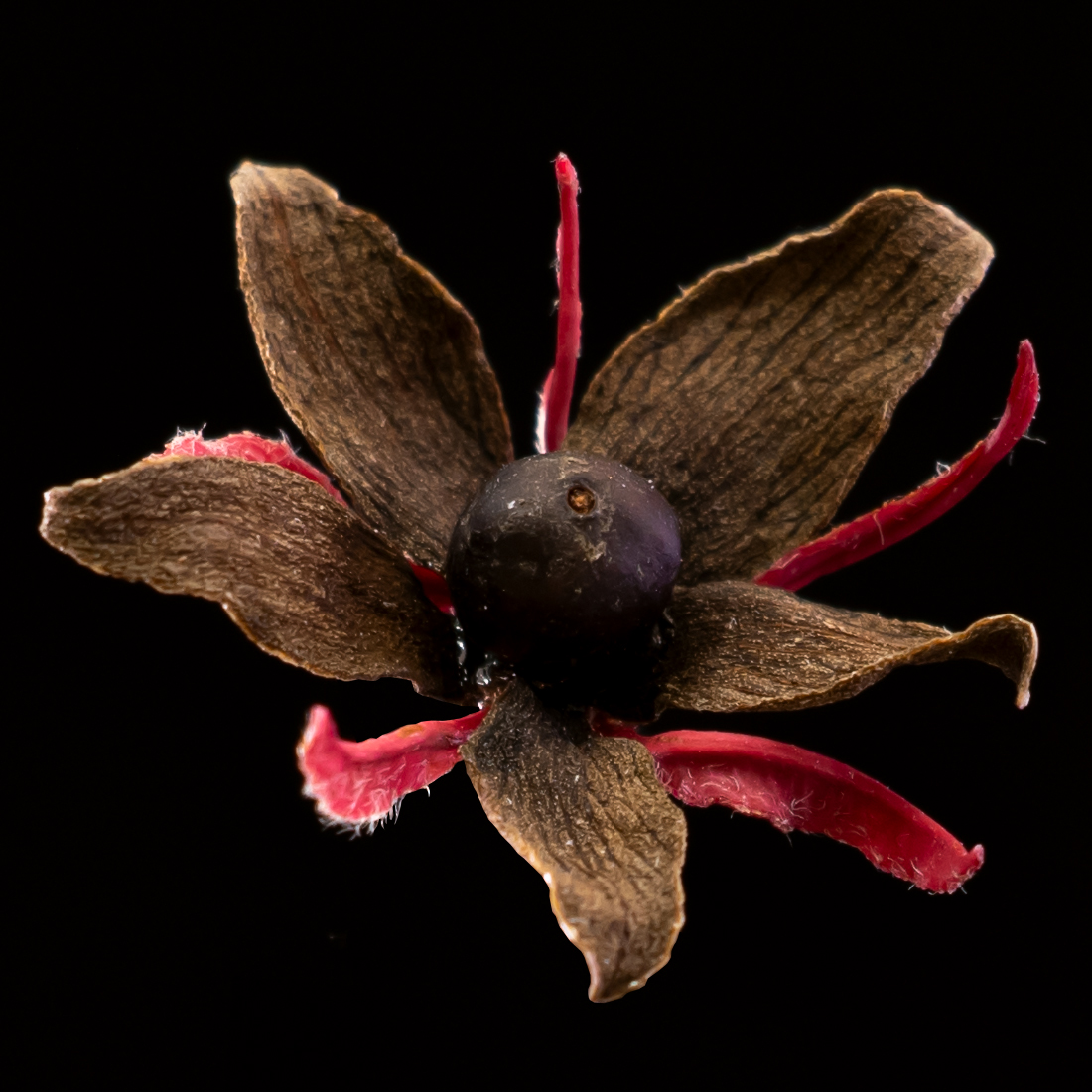 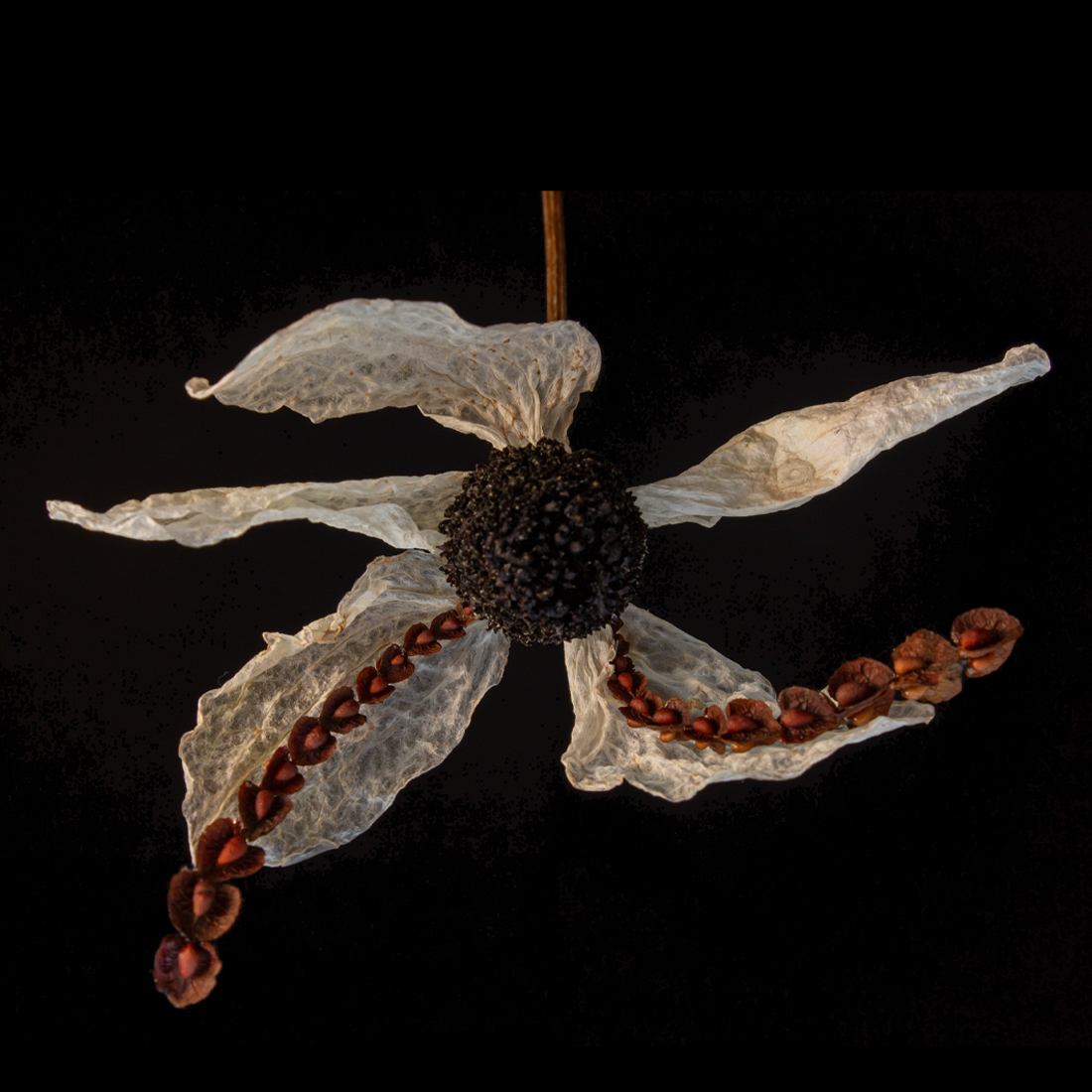 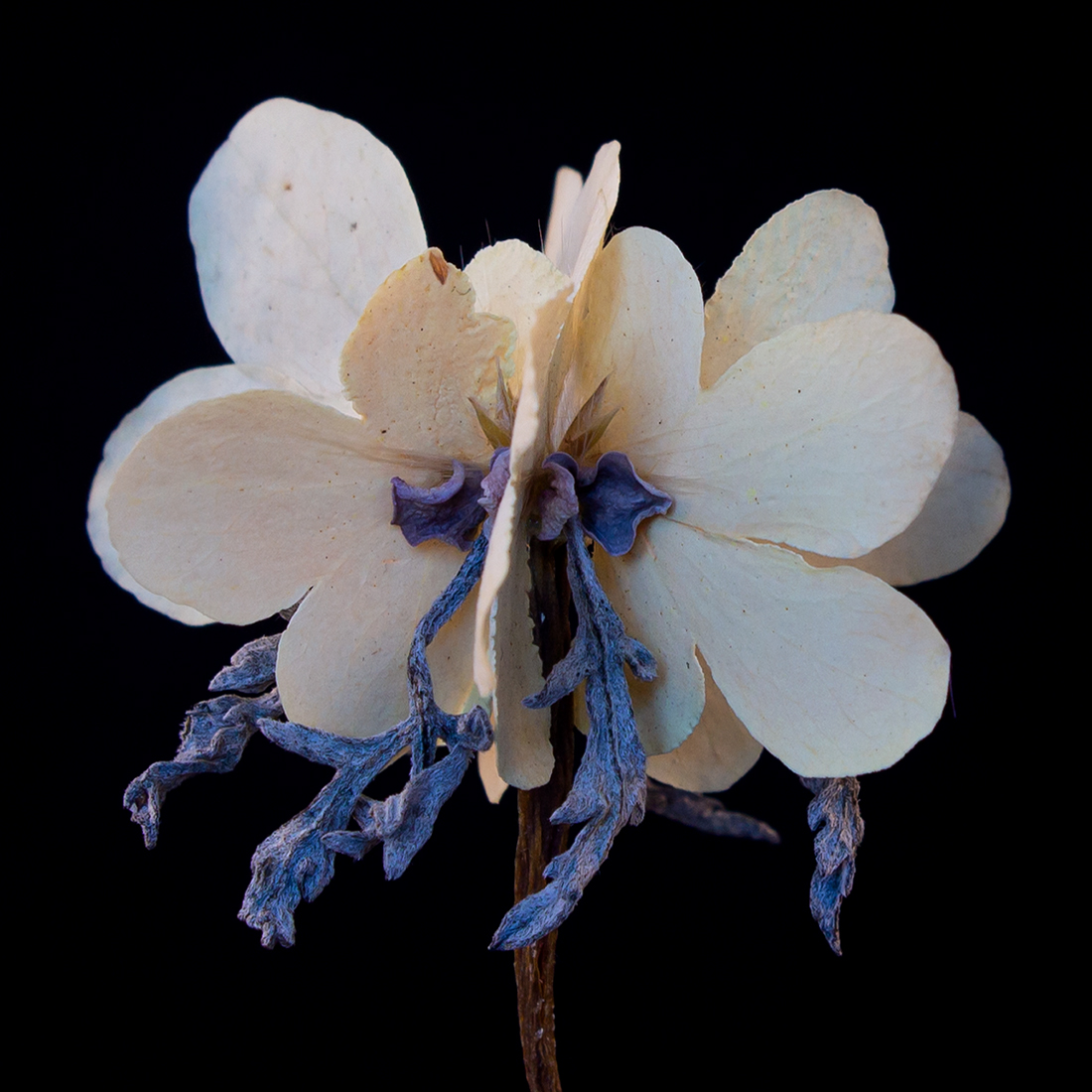 A native of Ontario, Cara Gibson was trained as an entomologist (insect scientist). Her research has required an interdisciplinary approach combining systematics and biodiversity, ecology and evolution, and microbiology.

Cara hopes that her work helps to broaden people’s appreciation of life on our planet.
Scott Mallory is a collaborating Arts & Culture Curator with TRIUMF Lab, where he pursues innovative science communication. He is also an artist and staff with the SSHRC-funded Leaning Out of Windows project, which explores models of hybrid research between artists and physicists, and a periodic technical artist prototyping new media technologies at Basically Good Media Lab. In addition, Scott is a faculty member in the Film + Screen Arts and Animation areas at Emily Carr University of Art + Design, where he founded and organizes TEDxEmilyCarrU, and a Boma Global partner supporting innovators who work towards a human-centered future locally and globally.

In his personal work with video and sound art, visual effects, VR, music, sound design, writing, and performance, he primarily explores themes in philosophy and science relating to the nature of reality and perception. It has been featured at the Biennial Foundation Annual Reception for Opening/Press Week of Venice Biennale 57, the inaugural Smithsonian NMAAHC exhibition and permanent collection, and the TED2016 Conference venue. He gave the TEDx Talk “How to see like an artist,” has co-led learning sessions with TED for the global TEDx community, and was nominated for CACV’s Young Philanthropist award.
Jen Burgess is an artist and freelance scientific illustrator living and working in Victoria, BC. She is a 2015 graduate of the Scientific Illustration program at California State University Monterey Bay, and a member of both the Guild of Natural Science Illustrators and the Island Illustrators Society. As a freelancer she typically helps researchers to create figures or infographics that interpret their science visually for publication or social media. She also occasionally teaches the adult NatureSketch program initiative for The Bateman Foundation. As an independent artist, Jen loves to paint marine life, and she is currently hard at work on writing and illustrating her first children’s book.
Katrina Vera Wong is an artist, writer, and editor. Learning from literature, botany, herbaria and ikebana, she makes flowers from dried or pressed plants and calls them Frankenflora. She currently writes about sciart as a subject editor at Science Borealis, a Canadian science blog, and edits in full-time and freelance capacities. She is also the creator of Seagery Zine, a small annual print publication that explores the overlap between art, science, and literature.