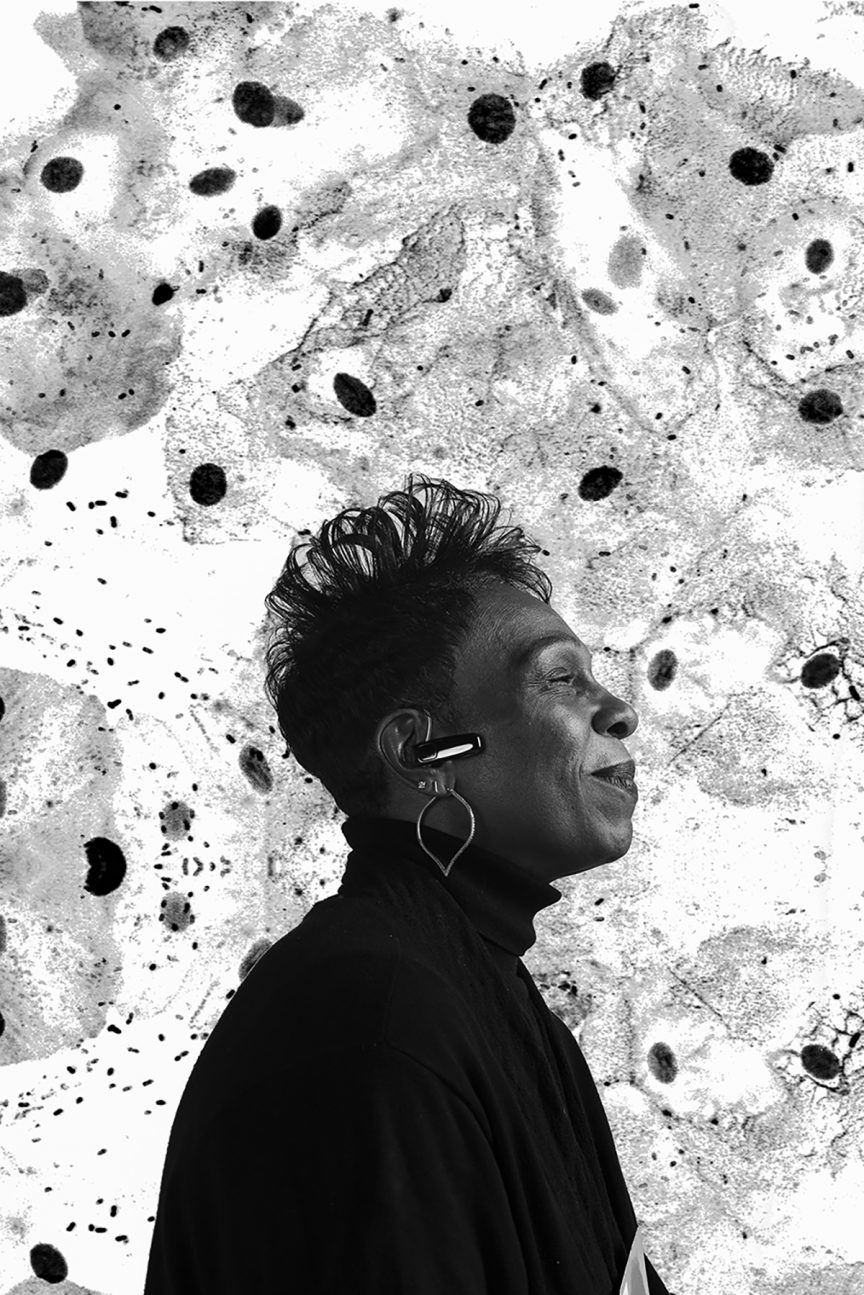 Probably both, though I was more cognizant of “art” as a formal concept earlier. My mother was a photographer in her younger life, and a big visual arts enthusiast, so we had a lot of art in our house growing up. She gave my brother and me visual arts books from different genres/spheres at an early age, and even then, I had a fondness for certain aesthetic elements (minimalism).

I also had an affinity for the natural world at a young age and became interested in the brain at some point during my early schooling years. I can recall playing “neurosurgeon” with tinker toy sticks as my instruments and puppets as my patients. This grew into a preoccupation with notions of “self” or self-consciousness and awareness as I grew older. “How do we know that we are?” and other variants of this philosophical musing led me to take some classes in college on the neurobiology of perception, and this was a life altering experience for me. Discovering that there were physical processes in the brain that could be studied, and that mediate what and how we perceive the physical world was a huge impetus for applying to graduate school to further investigate the molecular and cellular mechanisms that underlie these higher cognitive processes. Interestingly, some of these same concepts and themes became fodder for my visual study.

““How do we know that we are?” and other variants of this philosophical musing led me to take some classes in college on the neurobiology of perception, and this was a life altering experience for me.”

Most directly, the main areas of my scientific inquiry are molecular and cellular biology and neuroscience. More specifically, I am a neuroscientist who uses microscopy to visualize the dynamic inner architecture of brain cells. This involves illuminating small and nuanced microscopic detail that possesses significant relevance in broader physiological contexts like memory formation, or the neuronal effects of drugs of abuse.

My arts practice has a reflexive relationship with this imaging and optics-heavy scientific approach. In my early development as a photographer, I found myself analyzing “macro” visual fields (physical and social landscapes) much like I would microscopic images of brain cells in a dish, by isolating and scrutinizing small regions of that field and looking for nuanced detail in the interactions among the elements (between people, the physical landscape, built structures). In this way, the science I was doing became a template for my photographic approach to capturing and studying “macro” images and visual narratives in “real-world” settings, and I frequently employ a minimalist composition in order to highlight these revealing “sums of the whole”.

“More specifically, I am a neuroscientist who uses microscopy to visualize the dynamic inner architecture of brain cells…My arts practice has a reflexive relationship with this imaging and optics-heavy scientific approach.”

Photography is the predominant tool of expression for the work I produce. Recently, as I have a begun a more deliberate and focused experimentation with a fused science-art visual narrative approach, I have been using digital collage techniques as a means of exploring certain themes.

For instance, in my recent solo exhibition, S is for Soul Sister, this was achieved by using images of individuals’ own cells as a tapestry layer for the subjects’ sitting portraits. I obtained cheek swabs from subjects, stained these with biological reagents that yielded textured and patterned outlines of their cells when imaged with a microscope, then used digital software to produce collages with the studio portraits.

My current project is a visual investigation of the process of memory encoding and the ways in which we ascribe meaning to “place.” My goal is to study the perception of space with and without the layering of personal narratives, and one critical and novel component in this analysis will be the visualization and stylized rendering of an individual’s genes that are involved in the encoding of memory. I will also explore statistical/analytical visualizations of subjects’ experience as experimental visual devices to combine with the photographic study.

The S is for Soul Sister exhibition, which took place earlier this year. My worldview and identity are shaped by a number of important factors and experiences, but most significant is that I am a Nigerian-Black American man. I have lived on the south side of Chicago longer than anywhere else; however, I am a research scientist in an academic and professional world characterized by a severe lack of BIPOC representation. These experiences have reinforced in me the importance of chronicling and documenting Black stories and lives, the profound and the mundane. I have a particular interest in the latter because I think there is an under-appreciated power and complexity in the representation of these particular moments; they are humanizing and provide depth and nuanced complexity to everyday life.

“These experiences have reinforced in me the importance of chronicling and documenting Black stories and lives, the profound and the mundane.”

The focus of the project was subjects who were initially featured in the Black ABC Card series, educational materials and visual aids for teaching that were created in 1970 and were mostly photographed in the Harold Ickes Homes, housing projects on the near South Side of Chicago. As I explained above, I produced digital collages using microscopic images of the subjects’ own cells as a visual layer. Importantly, these were cells from cheek swabs that were obtained at the time they gave audio narratives of their lives during the period the Black ABC cards were created. This was a particularly poignant detail, a visual depiction of them “speaking their truth to power,” and it allowed me, a Black scientist, to raise issues concerning lack of agency and informed consent in the historical use of Black bodies in the biomedical world. My goal was to flip this historical narrative on its head, by using the subjects’ own cells to center and advance their own personal histories.

“My goal was to flip this historical narrative on its head, by using the subjects’ own cells to center and advance their own personal histories.”

My earliest and most significant influence was my mother, Sheila Walker. She is a cognitive and developmental psychologist and was a very talented photographer during her early adulthood. Her example, an academic researcher with an interest in the brain, and an active arts practice, clearly resonated with me! Importantly, she introduced me to modernist art movements and figures which gave me an early, critical aesthetic sense.

As a neuroscientist and visual artist, I have a particular reverence for the work and illustrations of Ramon Y Cajal and Camillo Golgi. They produced stunningly beautiful and anatomically accurate drawings of the gross and fine/subcellular anatomy of the central nervous system.

“My earliest and most significant influence was my mother, Sheila Walker. She is a cognitive and developmental psychologist and was a very talented photographer during her early adulthood.”

In terms of contemporary influences, my brother, Olalekan Jeyifous, is a visual artist of note, and his Afro-, agro-, and eco-futuristic visualizations resonate deeply with me. I admire the work of Mona Chalabi, a data journalist and illustrator who makes really powerful and interesting visualizations of statistics and data trends pertaining to issues of race, gender, and socioeconomic inequity.

More generally, but just as significant in influence to my arts practice, I derive a lot inspiration from West African textile art, and from an international cohort of photographers and visual artists from the African and Latin-American diaspora.

My practice is rooted in a STEAM-based approach to visual storytelling. I view this as a novel mode of visual narrative construction, and a novel way to engage and enhance public discourse and awareness of scientific principles and research. Our lives and outcomes are increasingly guided by processes and knowledge that are being produced through scientific inquiry and research. There is a critical gap in the conveyance of this knowledge, due to a host of factors, but one way to address this disconnect is through direct engagement between people who do science and the general public. An even more effective and interactive mode of outreach lies at the intersection of art, science, and community engagement. 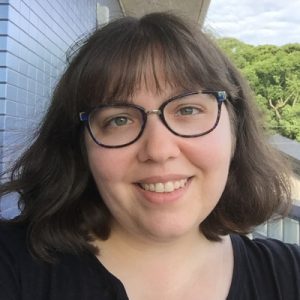