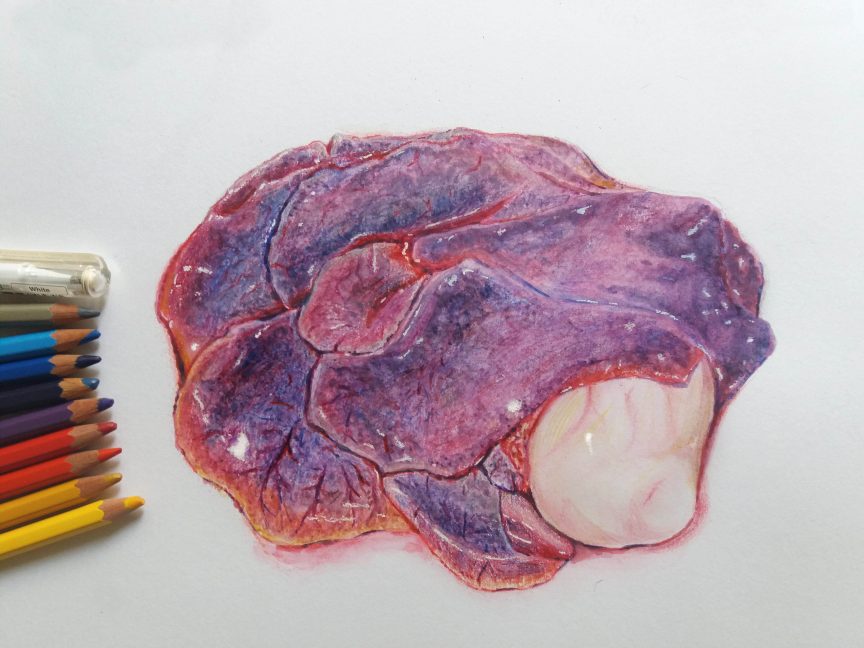 As I really cannot give a concrete answer to this, I’m gonna resort to my usual childhood story and let the readers decide for me…

I can picture myself as a kid, half sitting, half standing, on my parent’s brown couch, eagerly devouring National Geographic documentaries on Saturday mornings. Then, I would spend hours and hours drawing some of the animals I had just learn about. Oh, and dinosaurs, of course. Lots of dinosaurs. I guess I left art a bit to the side when I had to decide what to study in high school because I feared I couldn’t make a living out of it—I mean, who would pay me to just draw?! Science won that battle, but the war was far from over.

I have concluded my Master’s in Veterinary Medicine in Lisbon, Portugal, and worked some years as a researcher in veterinary parasitology in Zürich, Switzerland. So, a lot of my expertise (and therefore illustration projects) relate to animal anatomy and pathology, as well as parasitology, microbiology, and epidemiology. One of the joys of being a medical illustrator with my particular background is how you can keep expanding your knowledge, sometimes on topics you had already covered in university, and staying on trend with what’s happening in the world. As an example, throughout the years I have collaborated on multiple illustration projects related to communicating drug development and clinical trials, which have never been so relevant given the current pandemic.

I work mostly with digital tools—Adobe Illustrator, Photoshop, and InDesign for illustration and design; After Effects for animation; and platforms like Flourish to create more complex data visualizations. For my side projects, when time and iterations are not an issue, I like to switch off and venture into the analogue illustration world—using pencil, pen and ink, coloured pencils, and watercolour.

Since last year, a couple of my works are being showcased in an exhibition about the History of Scientific Illustration in Portugal, held at the Natural History Museum here in Lisbon. For someone who loved NatGeo documentaries as a kid, you can imagine how this has been a dream come true. I am very honoured to have been invited and humbled to be featured alongside such talented Portuguese scientific illustrators.

Like most artists, I have a pretty eclectic list of influences. I find that my inspirations are usually from artists who excel at the intersection of medical illustration and design—and that includes not only amazing illustrators, but also designers mastering colour, composition, and typography, which are fundamental elements for a successful medical illustration. Some examples include the boldness of the historical collagist Barbara Kruger and the inventive simplicity of the Greek graphic designer Vasilis Marmatakis.

Some amazing medical illustrators understand the importance of elegant colour choices when depicting anatomy—i.e. Andy Rekito or the folks at Now Medical Studios. Finally, a big shout-out to two super talented Italian information designers whose complex visualisations and use of illustration never cease to amaze me—Valerio Pellegrini and Manuel Bortoletti.

“I believe SciArt encompasses all forms of expression where visuals are used in combination with scientific elements or topics, regardless of the purpose.”

I believe SciArt encompasses all forms of expression where visuals are used in combination with scientific elements or topics, regardless of the purpose. At one end of the spectrum, we can have a more artistic approach—with art used as a visual medium for pure self-expression—and on the other end, a more scientific approach—where art is used to visually communicate scientific concepts.

Sometimes some pieces can have a double purpose—someone who has ever seen artwork from David Goodsell will agree that his pieces are not only amazing learning resources, but they are also beautiful to look at. As a final remark, I believe it’s also important to stress that Art here shouldn’t be regarded solely as illustration. There is a plethora of other tools and a whole world of possible ways of expression with 3D, data visualization, animation, sculpture, graphic design, etc.

All images courtesy of the artist. 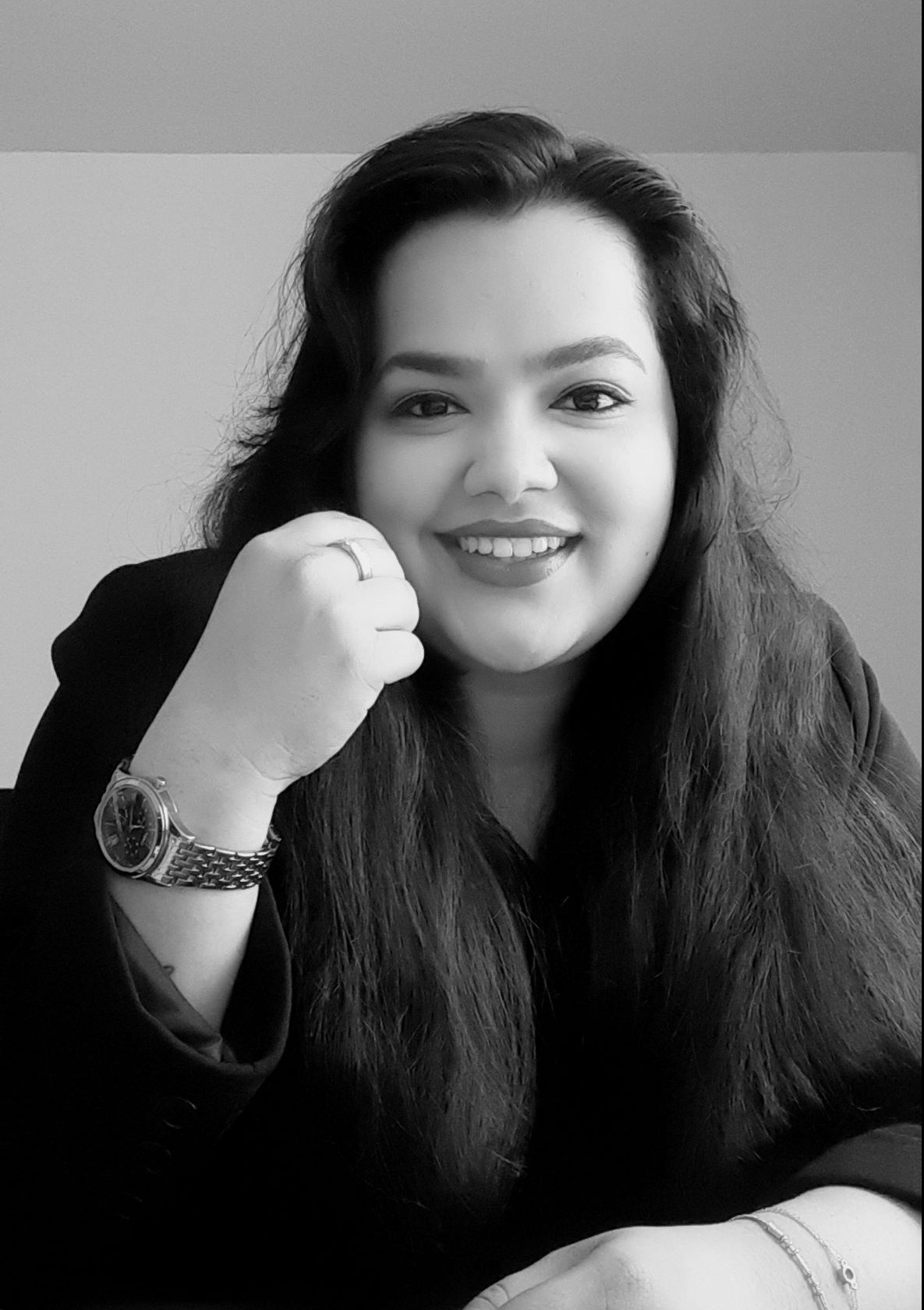 Vrinda Nair is a doctoral student who is pursuing her PhD in Physics at Concordia University, Montreal, Canada. Currently, working on drug design of small molecules implementing deep learning. She also serves as the treasurer of the Forum on Graduate Student Affairs (FGSA) at the American Physical Society. She is a published author-poet of three books which include two poetry books: It’s a carnal world (physical book), Abuzz (Kindle eBook) and one self-help book: Motivate your genes (Kindle eBook). Vrinda also holds a record in writing a poem in alphabetical order from the India Book of Records. She writes on diverse themes on her blog and designs many art forms. She is a solopreneur with two ventures called [email protected] which assists with content writing and creative designing along with her online art shop (Vrinstorio). She is also a certified professional life coach, instructional designer, artist, digital illustrator and passionate about playing the violin. She actively supports many causes like women in STEM, supporting sci-artist and has worked with various organisations and offered volunteering services. She believes to live in sanguinity.