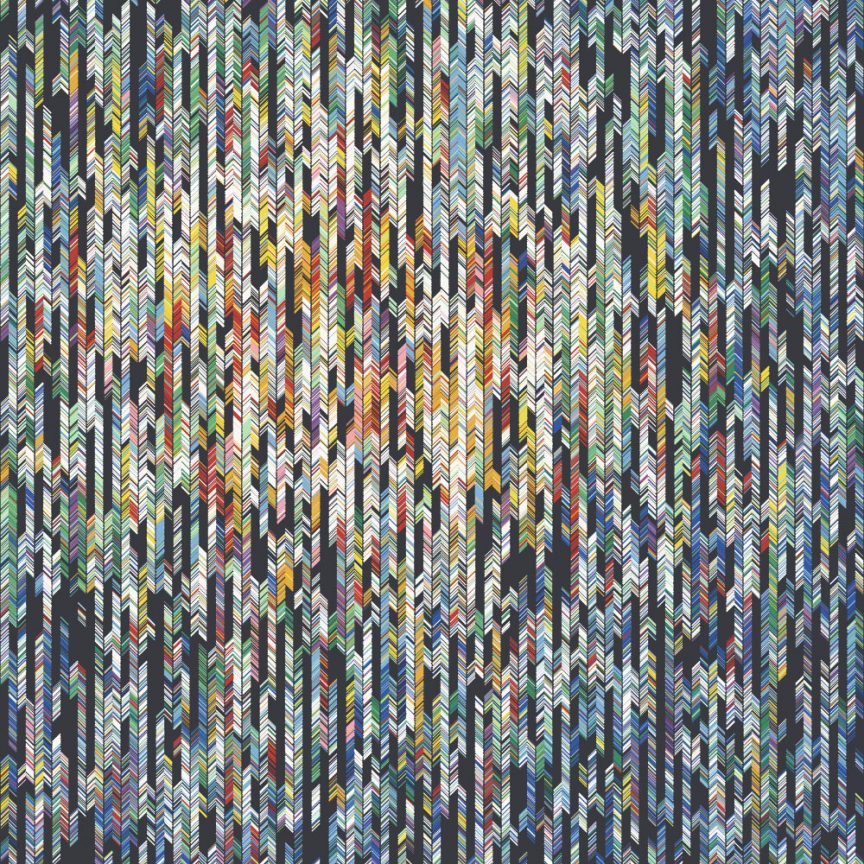 For me, art and science co-evolved in different stages. Growing up, I was always creating artwork, and I wanted to study that, but Computer Science ended up being a much more pragmatic thing to study during college. My love for artwork never subsided, though, and after working as a programmer for a short while, I renewed my focus on it. By that time, programming had become a large part of my life, and I knew that in order to be a good artist, I needed to involve it in my artwork somehow. I began to experiment with ways to merge programming and artwork, and really fell in love with the idea of “writing a program that creates a painting.” That’s how I first thought about it, and in many ways, that’s still how I think about my work.

“I began to experiment with ways to merge programming and artwork, and really fell in love with the idea of ‘writing a program that creates a painting.'”

Studying Computer Science and working as a software engineer has also influenced how I go about creating my artwork. It taught me to think in terms of patterns and processes. On the other hand, artwork has taught me a lot about being a good programmer, about making something to the very best of your ability, and how to explore new areas productively.

Most directly, computer science does. By working through programming, my artwork is skewed towards the types of patterns that our computers and software are able to do “naturally” and easily. My art is, at least partially, a reflection of what computers do best.

However, given that generative artwork deals with patterns and processes, my art also inevitably ends up mirroring many of the natural patterns and processes that scientists in other fields observe in the natural world. In my artwork, I’ve heard geologists see geographic strata, biologists see DNA sampling patterns, architects see building and street layouts, and so on. The world itself is generative, and so to me, it’s not surprising that much of my work is almost accidentally related to it.

The primary “material” is code. For each new work, I’m typically sitting down at my computer and writing the code to create new algorithms and programs. These programs output images, which I often print. For some works, I instead make the program drive a plotter, which is a sort of simple robot arm that you can put a pen in and make it draw. I use the plotter with all sorts of drawing utensils, including pens, pencils, inks, and paints. I’ve even put a drill bit in there and had it scrape paint off of the surface of a mirror!

My 2018 solo exhibition at Galeria Dos Topos in Leon, Mexico is the first thing that comes to mind. I spent many months creating the artwork for that exhibition, and it was easily the most focused and unified body of work that I have created so far.

More recently, I feel very proud of my experiments around combining hand-drawn elements with generative processes. This feels like I’m breaking new ground, and also unlocking more potential for individual expression in my work.

The artists who really inspire me to keep going are those who didn’t achieve success when they were young, but continued to grind until they established something significant for themselves. Cezanne and Rothko are the two that come to mind. Rothko, for example, did not hit his “signature” period until he was in his late forties, after decades of experimenting and creating artwork. It is nice to see that level of determination pay off sometimes.

Every year, we spend more and more of our time with our computers. It’s so important for us to integrate computers into our way of creating artwork in order to set up a healthy digital society. Anything that we can do to encourage and support digital artists, including education and tooling, is a worthwhile investment.

“It’s so important for us to integrate computers into our way of creating artwork in order to set up a healthy digital society.”