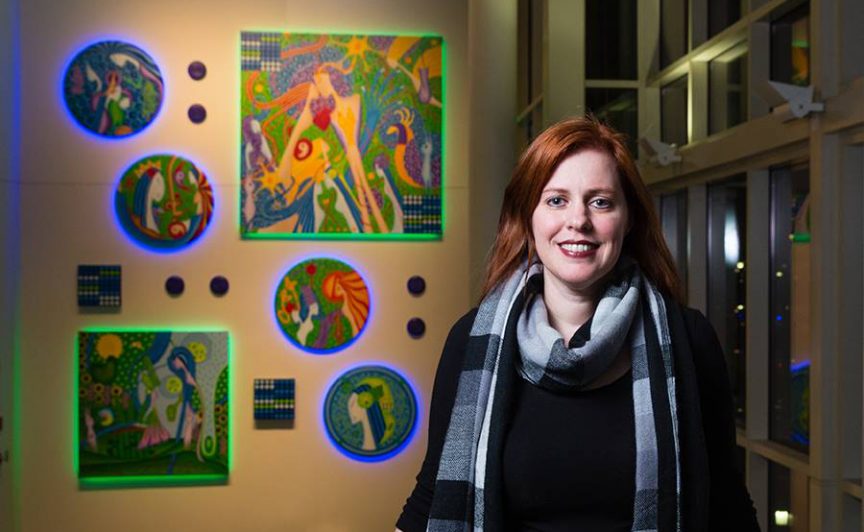 Growing up in San Francisco, I visited both art and science museums as a child — almost every week.  I was immersed in an environment of art and science. Although my educational background and training is mostly in science (genetics and biology), even during my undergraduate work in plant genetics at the UC-Berkeley, I was a photographer and created drawings. I became more serious about making art during my work in genetics in graduate school at UW-Madison.  Research and working in a lab (in science) can be frustrating.  This, combined with a timely trip to Paris led me to re-focus on my art. The art I saw in museums there inspired me, and re-energized my drawing and painting interests.  I returned with new inspirations of combining art and science themes in my art, including the use of digital media, installations, and incorporating bioluminescent bacteria in my art. 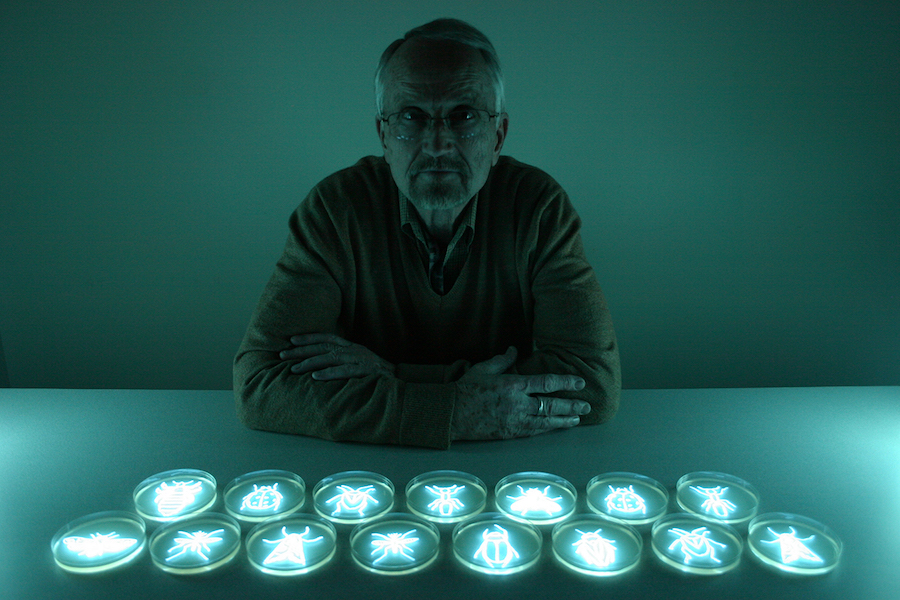 The Entomologist I: Portrait of Bob Hamilton

Biology, genetics, microbiology, biotechnology, and genetic engineering all relate to my art practice. My art uses materials and techniques, explains, and looks at ethical concerns in these areas of science.

I use a large variety of media from traditional to living organisms including painting, LED lights, drawing, digital art, creating music based on protein sequence, bioluminescent bacteria, bacteria genetically engineered to express a variety of colors of fluorescent proteins, and growing human endometrial cells in tissue culture. I draw with the bioluminescent bacteria and bacteria that express fluorescent proteins. I also take photographs of people and objects by the light of bioluminescent bacteria. In 2015 I completed a 3-month artist residency at SymbioticA. SymbioticA is the first research laboratory of its kind, enabling artists and researchers to engage in wet biology practices in a biological science department. That is where I took time-lapse micrographs of growing endometrial cells. Endometriosis is a disease where endometrial tissue grows outside the uterus in other parts of the body.  One in ten women have endometriosis.  Endometriosis can cause extreme pain and infertility. I have endometriosis and want to bring awareness about the disease. 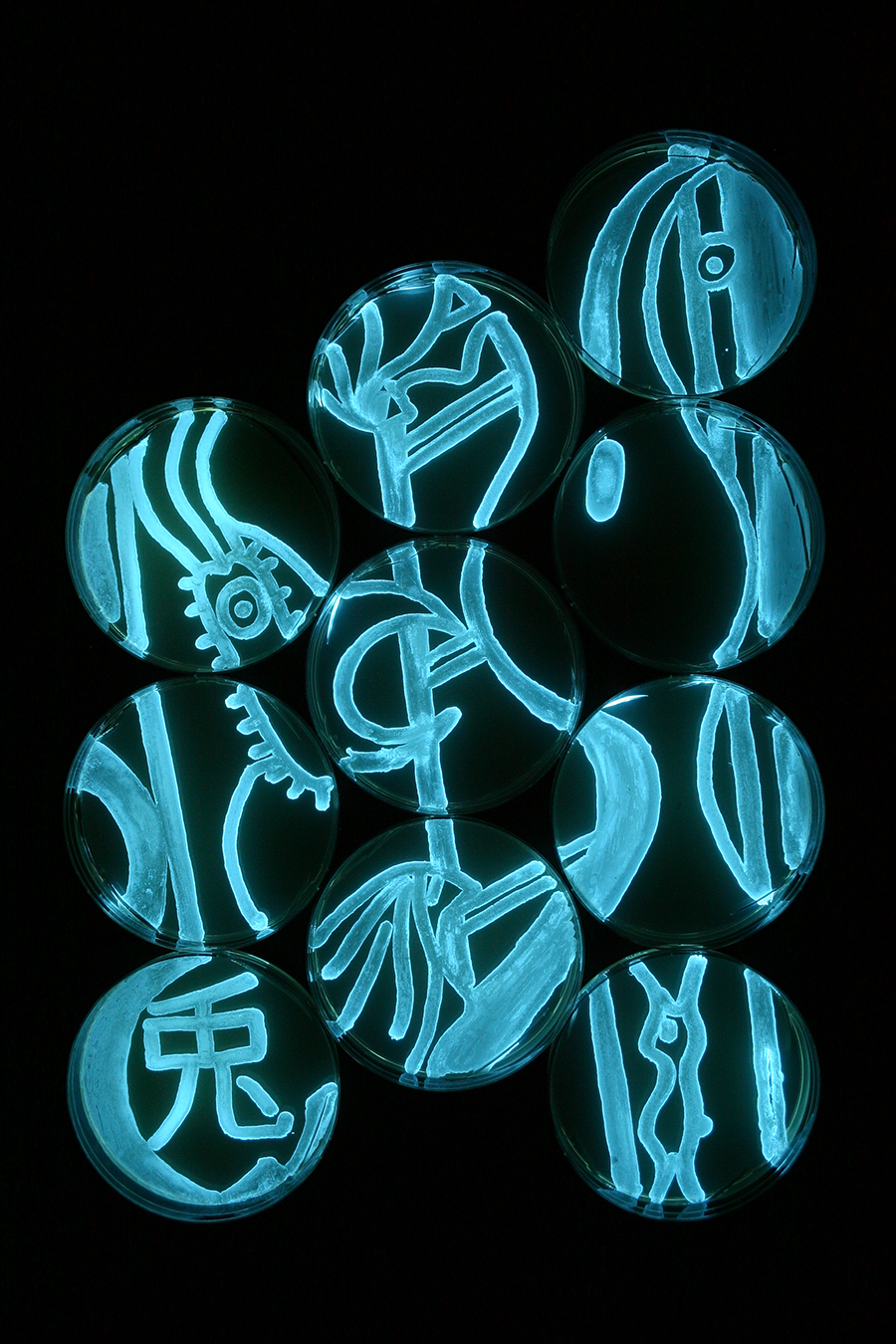 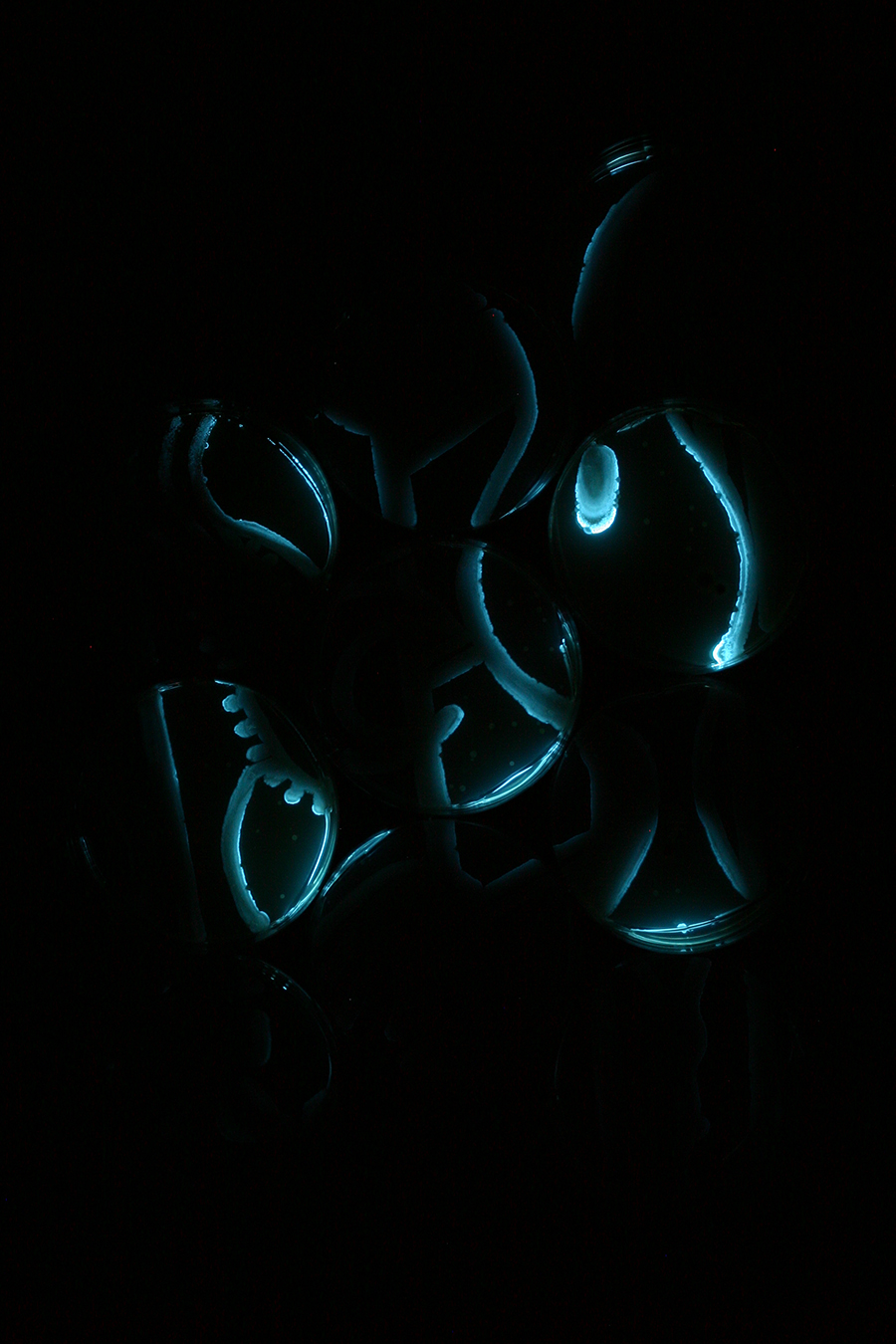 The two artworks/exhibitions I am most proud of are my work with bioluminescent bacteria (Living Drawings and Living Light), and a 15’ x 13’ public art installation of 14 oil paintings and LED lights containing numerous scientific concepts (Biological Domains).

I create Living Drawings with bioluminescent bacteria. These Living Drawings depict the cycle of life and death calling attention to our own mortality.  I create controlled line drawings using bioluminescent bacteria. The bacteria then grow on Petri dishes. Bacteria become collaborators in the art as it grows and dies. First appearing with bright light, bacteria in the drawing are photographed as it uses up available nutrients, gradually dying-off over a two-week period.  I created a movie of bacterial drawings growing and dying with music based on protein sequence in the bacteria. I also created a new series called Living Light where people and objects are photographed by the light of bioluminescent bacteria. 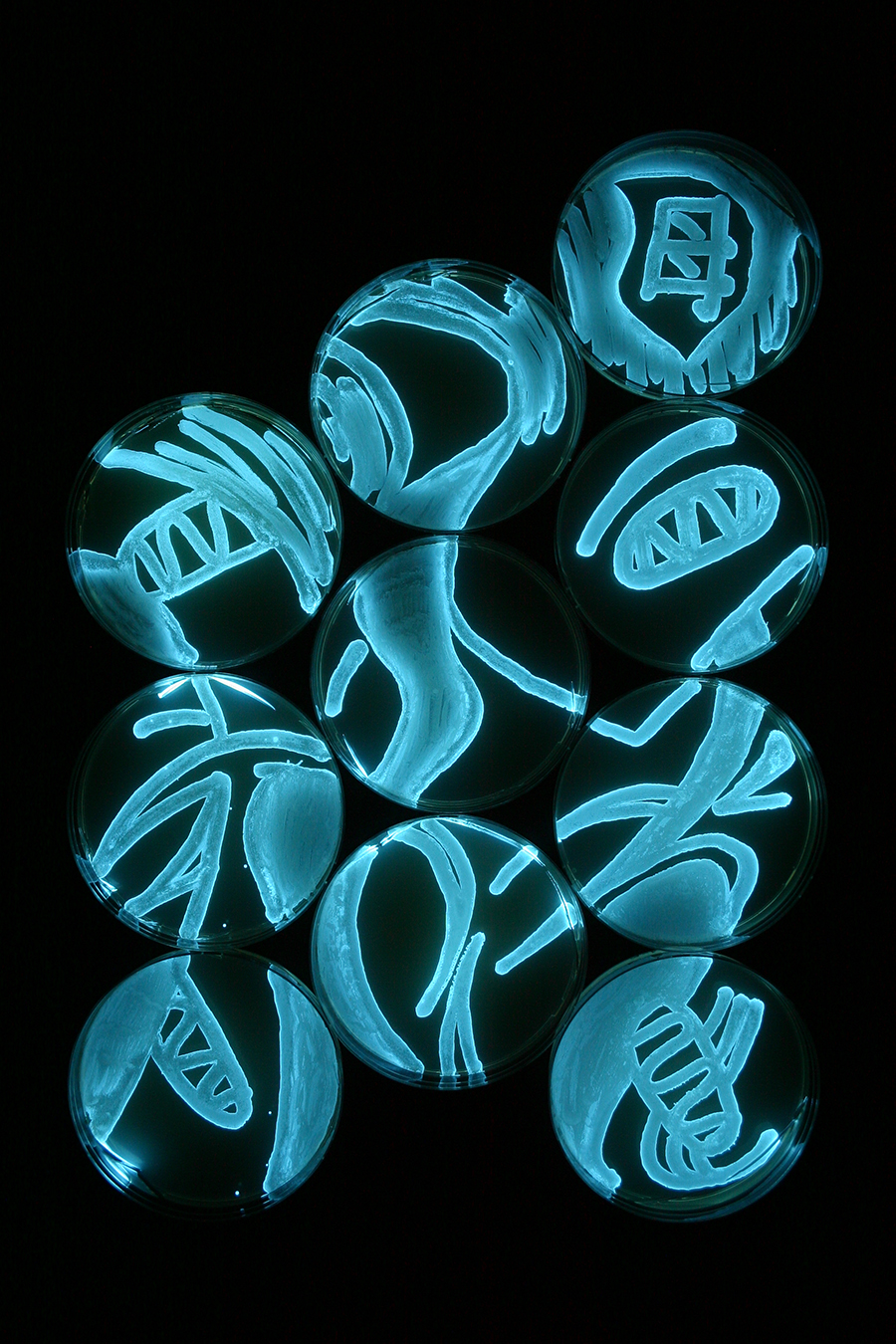 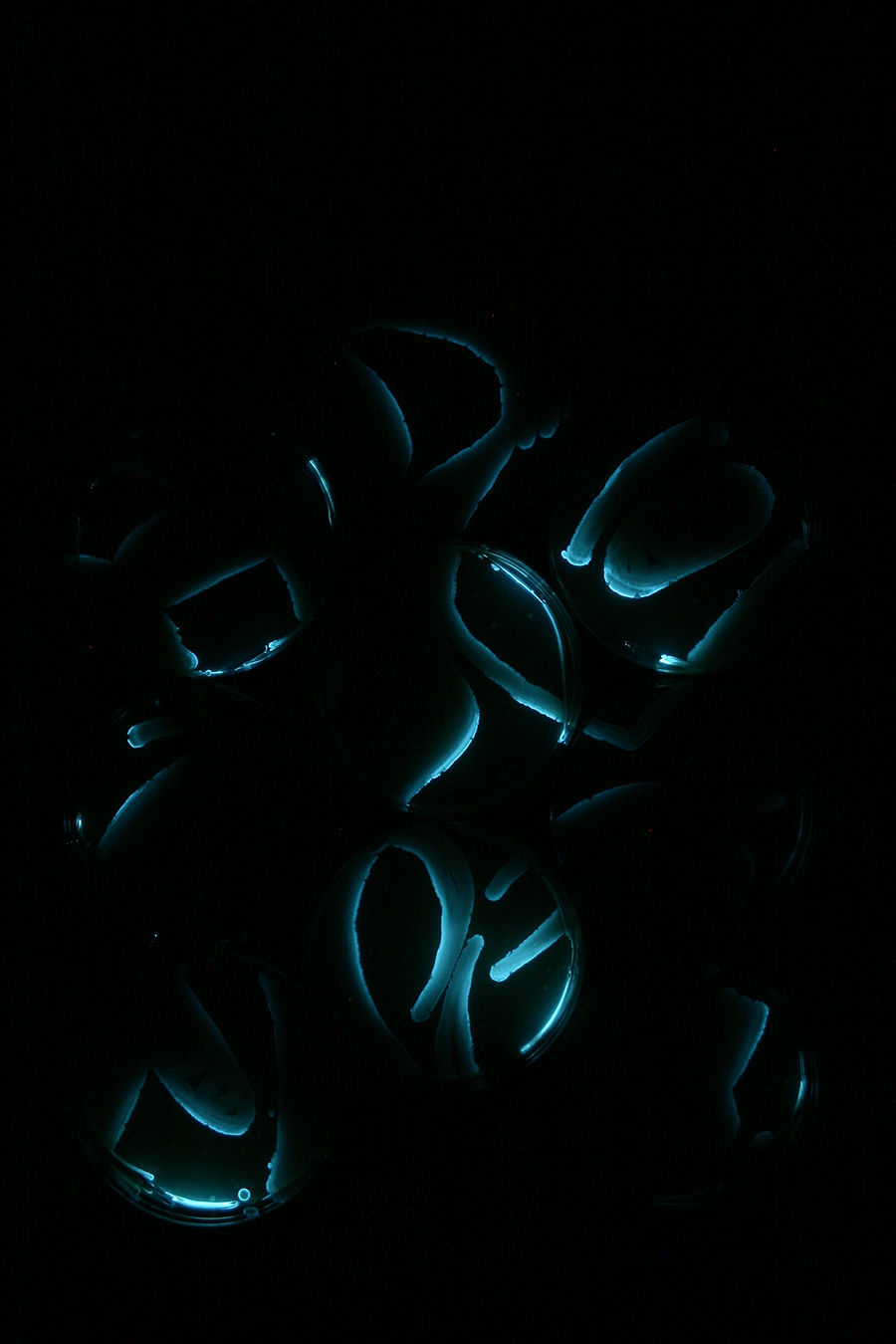 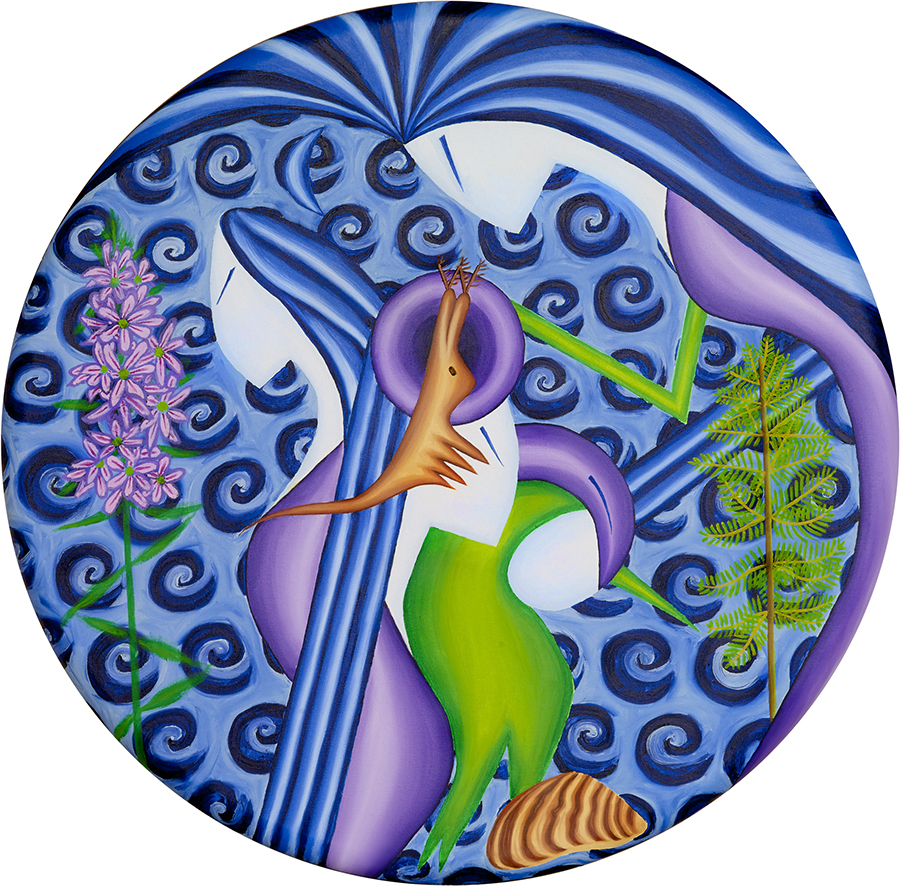 Joe Davis is an artist and scientist that has inspired and influenced me to keep pushing the boundaries of art and science. Joe Davis was the first artist to use DNA as an artistic medium and genetic engineering techniques back in the 1980s for the Microvenus artwork. One of Joe’s many accomplishments is to come up with techniques to encode large amounts of text in DNA. He is working on encoding 50,000 of the most popular Wikipedia pages into the DNA of an apple tree playing off the idea of the tree of knowledge. I met Joe Davis in 2001 in New York at an Art and Science Collaborations, Inc. (ASCI) meeting. In 2002 he invited me to speak about my work in art and science at MIT. While there, I danced with him at the Plough and Stars, one of his favorite bars for people to meet to talk about art and science. In 2003 he invited me to co-author “Art and Genomics: Phenotype and Genotype in Genetic Art” for Nature’s Encyclopedia of the Human Genome (EHG). I was interviewed for the documentary on Joe Davis called Heaven and Earth and Joe Davis. Unfortunately I did not make the final cut for the movie. I consider Joe Davis a friend and an inspiration to always do more. 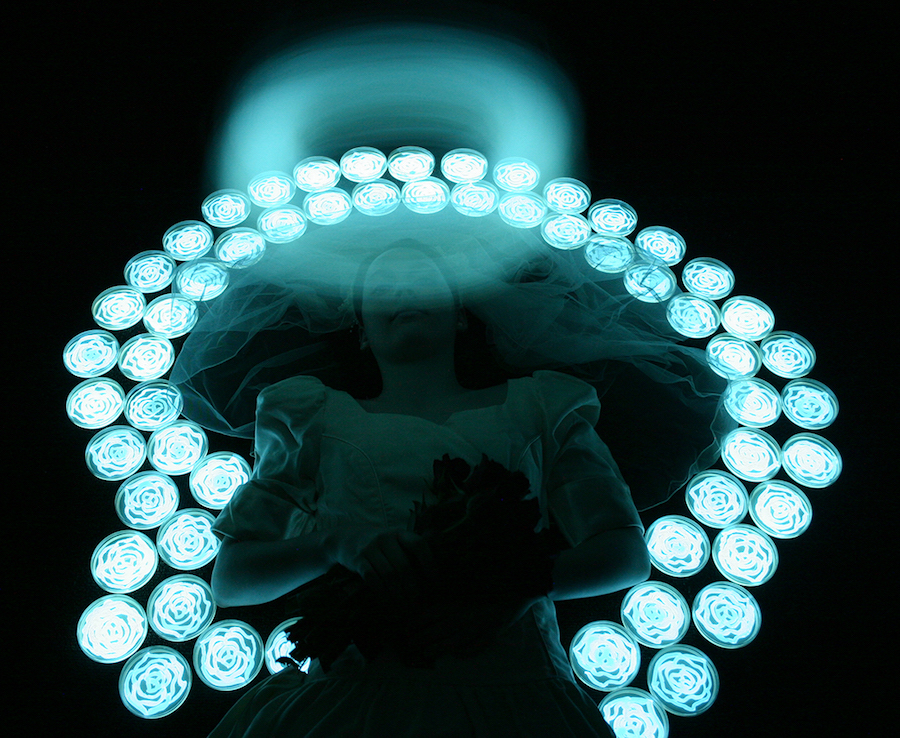 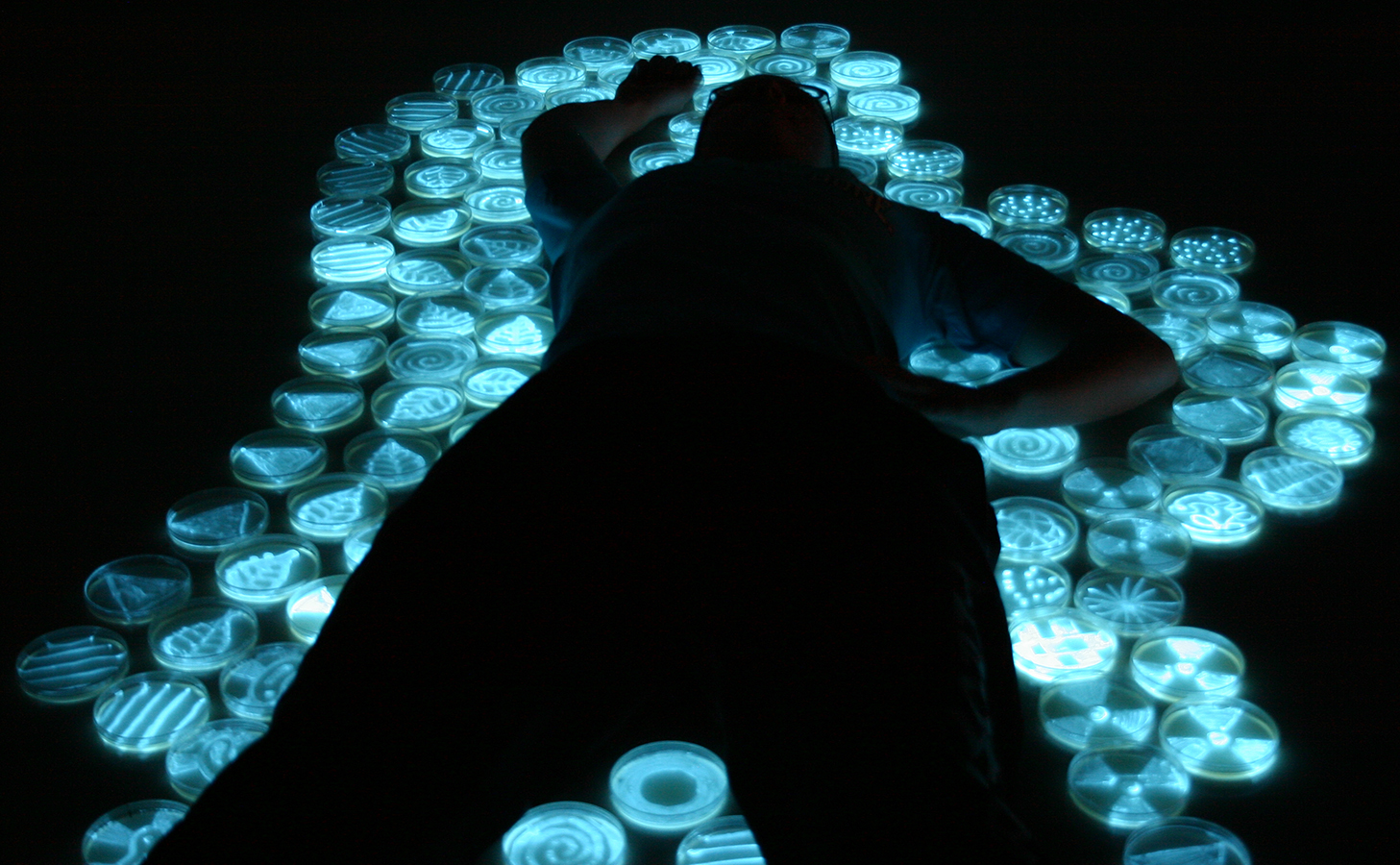 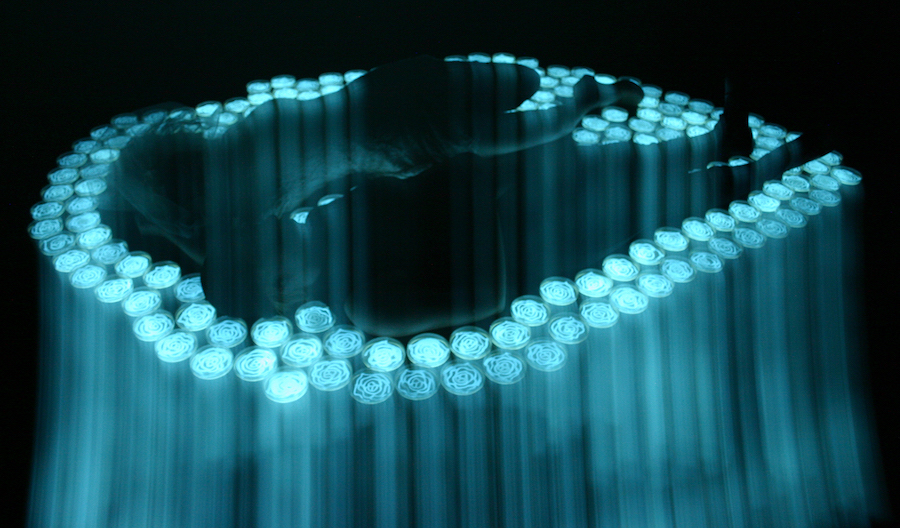 The combination of art and science leads advances in both fields.