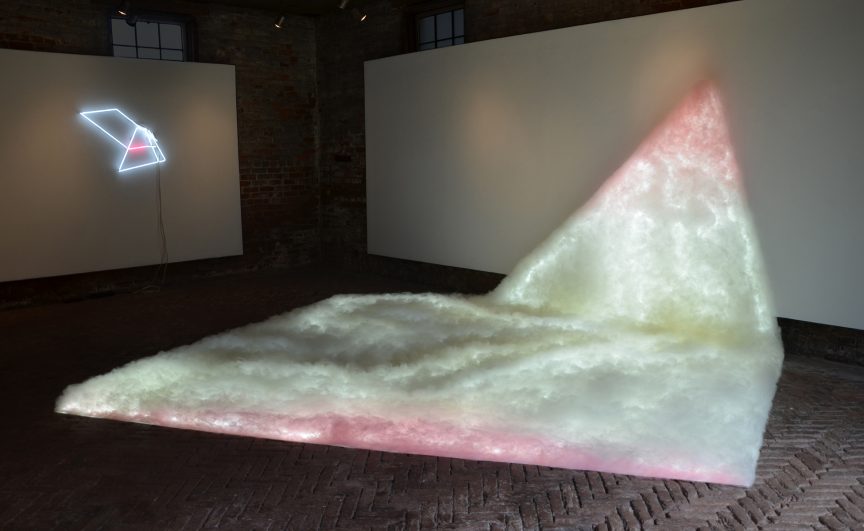 As children, most of us play with crayons. We are introduced to art before we are introduced to science. However, if I can define the initial interest in science as a general curiosity in how life works, as an interest in wild life, plants and animals, even in numbers and mathematics, then I think that my interest in art and science was simultaneous for a very long time, until my thirties when art became my profession. 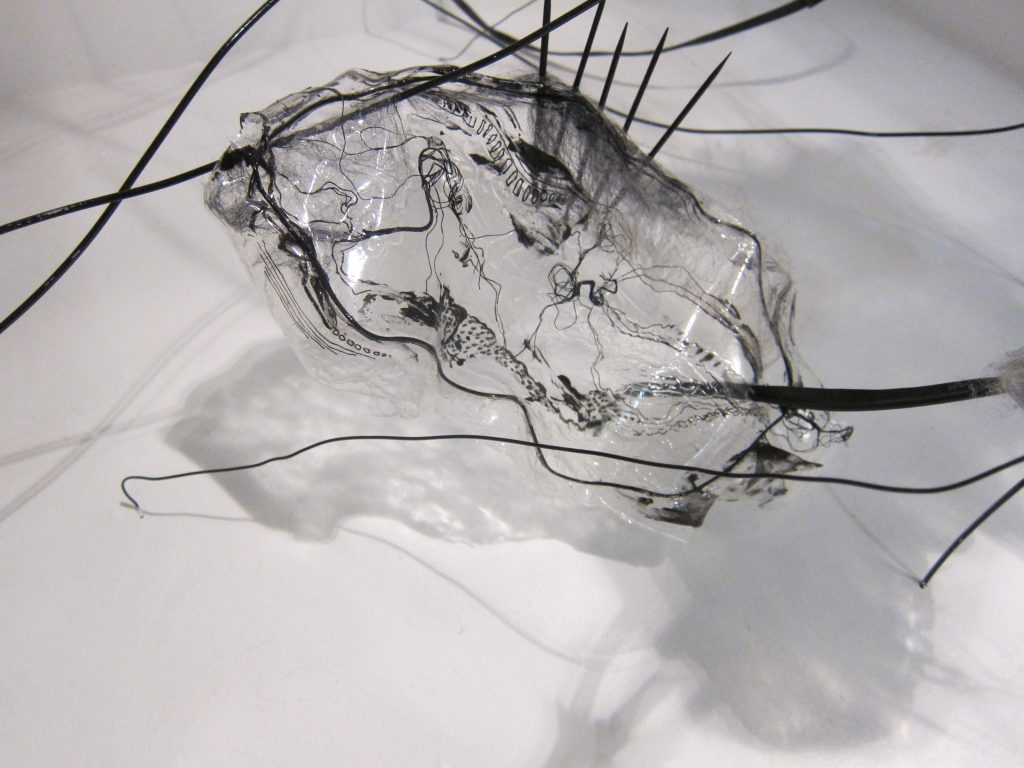 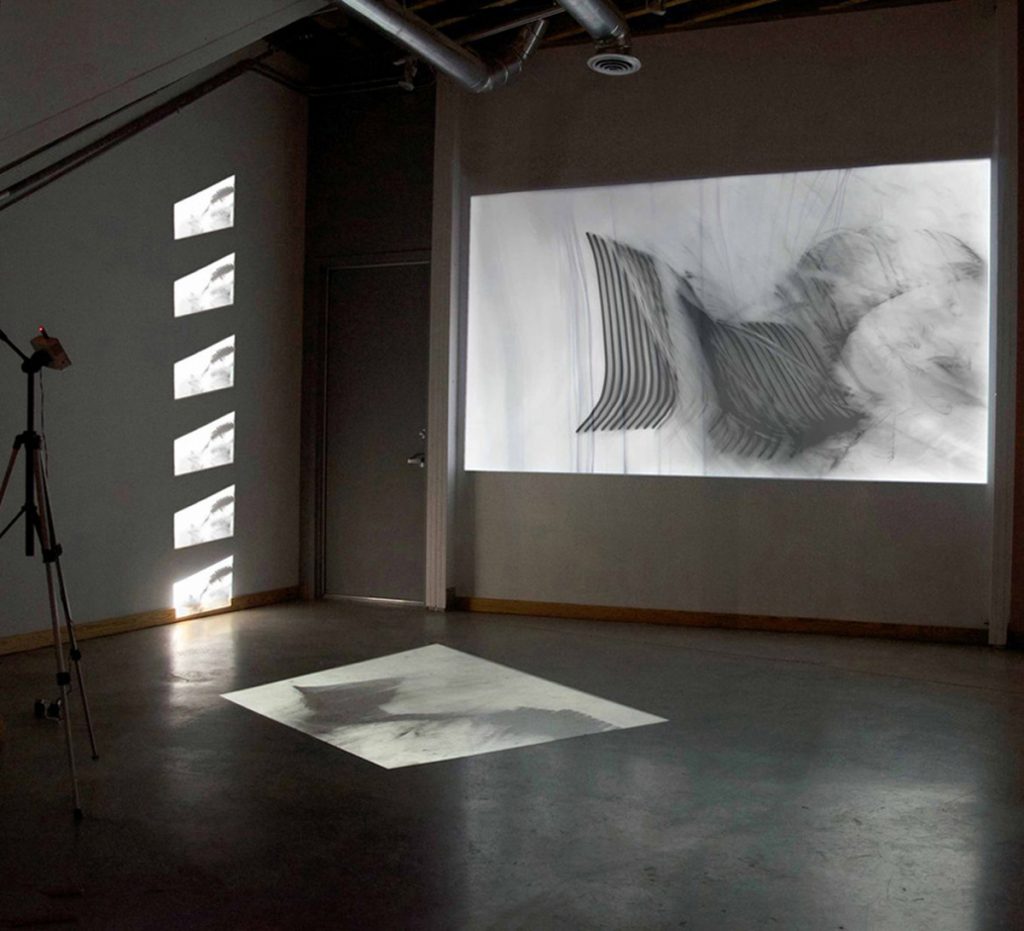 My high school years were focused on natural sciences. After high school, I finished medical school in Serbia, followed by working in a biology lab in the United States. During this long involvement in various scientific disciplines, I learned to think as a scientist. Because of this, general scientific methodology plays a big role in my work: zooming in, exposing the mechanism, figuring out how things work, testing, and experimenting. However, if I should choose one scientific discipline, then I would say that genetics definitely has the most significant impact on my philosophy. Transcribing and translating a line from one medium into another, is similar to how genetic code is transcribed and translated into protein. Video editing reminds me a lot of genetic engineering; precisely cutting and rearranging sequences, combining previous works into, so to speak, new species. I also work with sheep’s wool, and sheep were the first mammals to be cloned. I think about this fact a lot. Literally, wool is a protein with traces of DNA, so, I daily shape and mold this material into various forms. Furthermore, combining the organic fibre with contemporary video and light technology is an important statement in my work, shining a light on issues of genetic engineering and transhumanism, and suggesting new utopias. 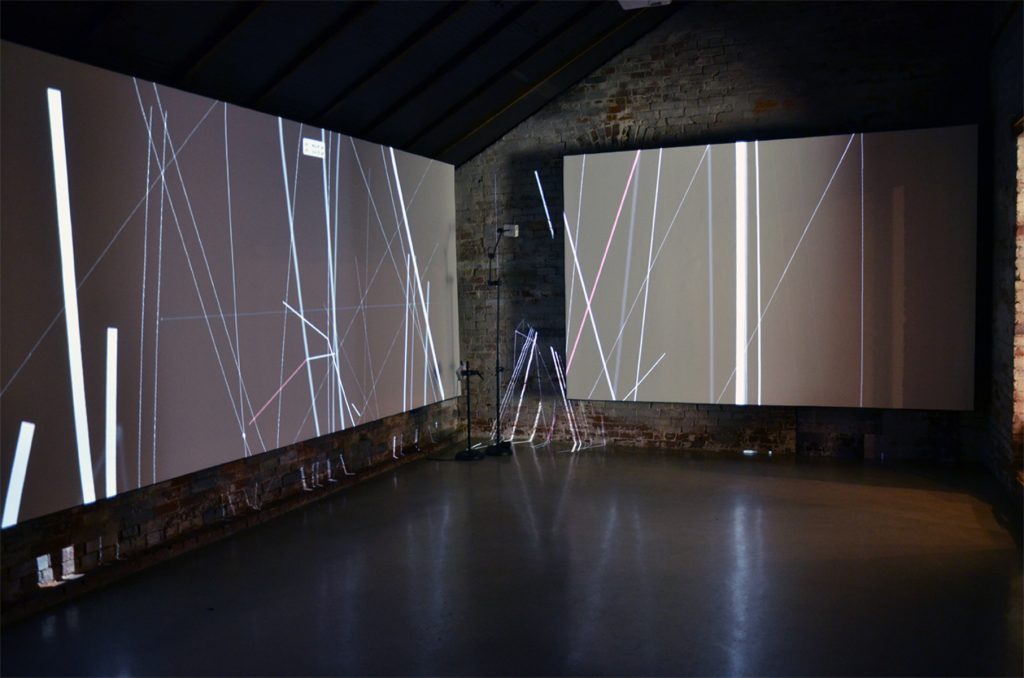 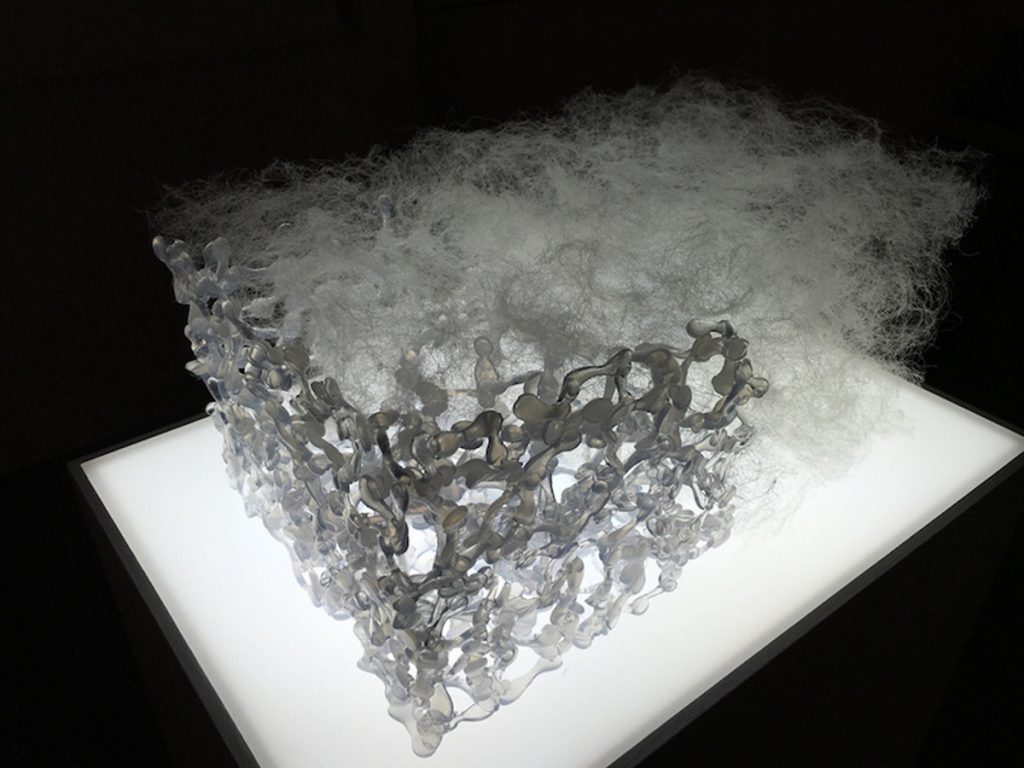 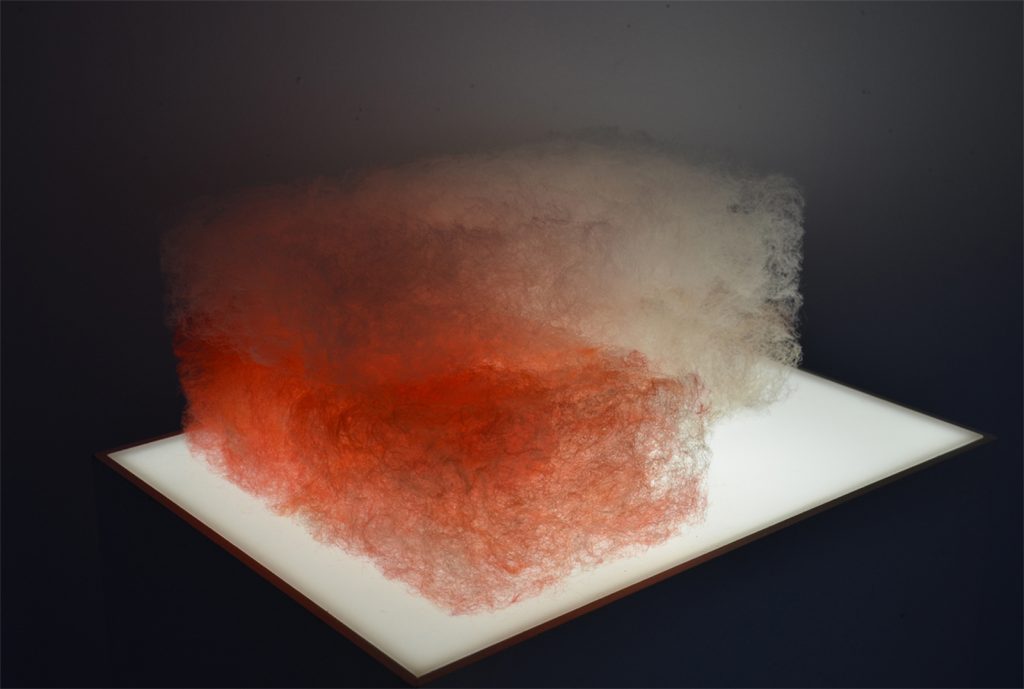 Bio-fiber and light. Protein and DNA on one hand, and pixels and photons on the other. My materials are ephemeral, gentle, expandable, and re-usable.

There are two: Infinite Body at Whitespace gallery in Atlanta, and Presence at the 2016 Venice Architectural Biennale. 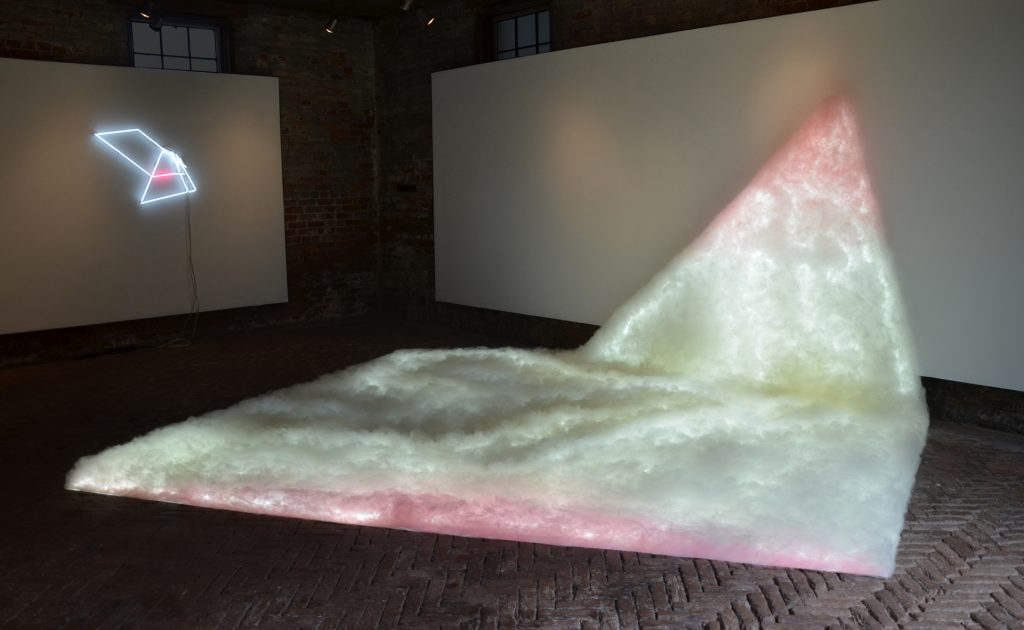 Praising Softness / Pink Gluons on the Small of the Back, LED and Sheep’s Wool, 2017 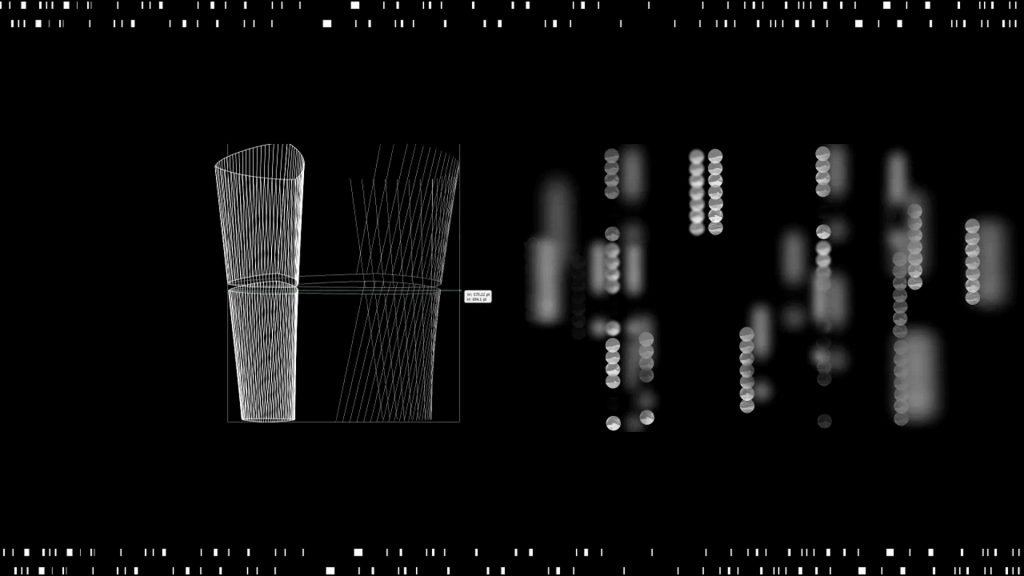 It is impossible to name just a few. I am constantly inspired by artists and their works, both contemporary and past. It might be easier to name scientists. I find that I often remember Einstein’s quotes; they always uplift and delight me. 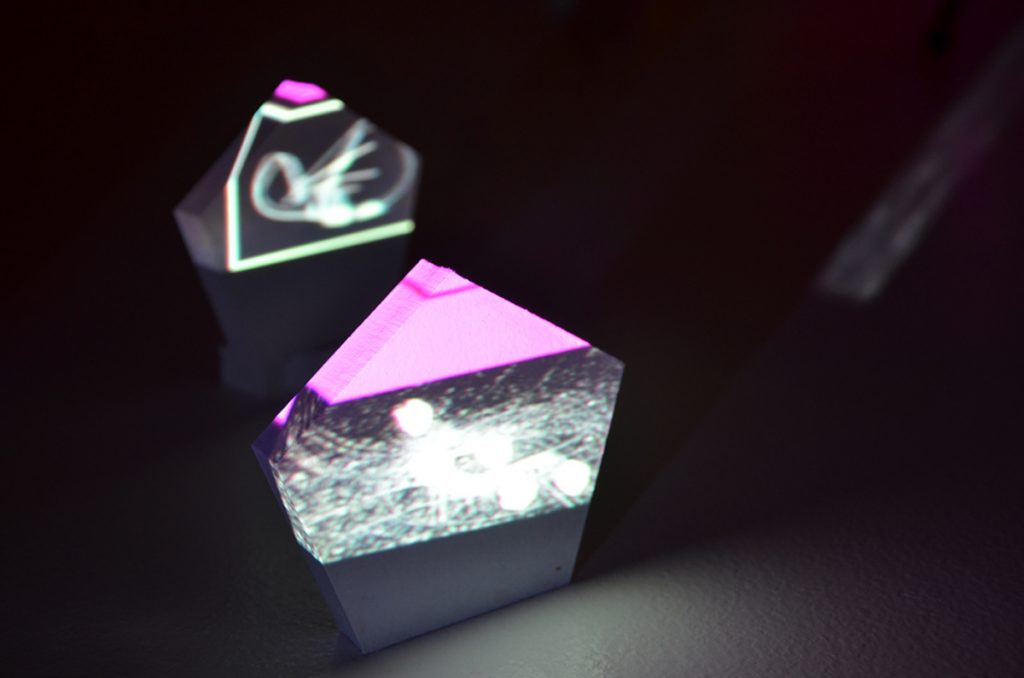 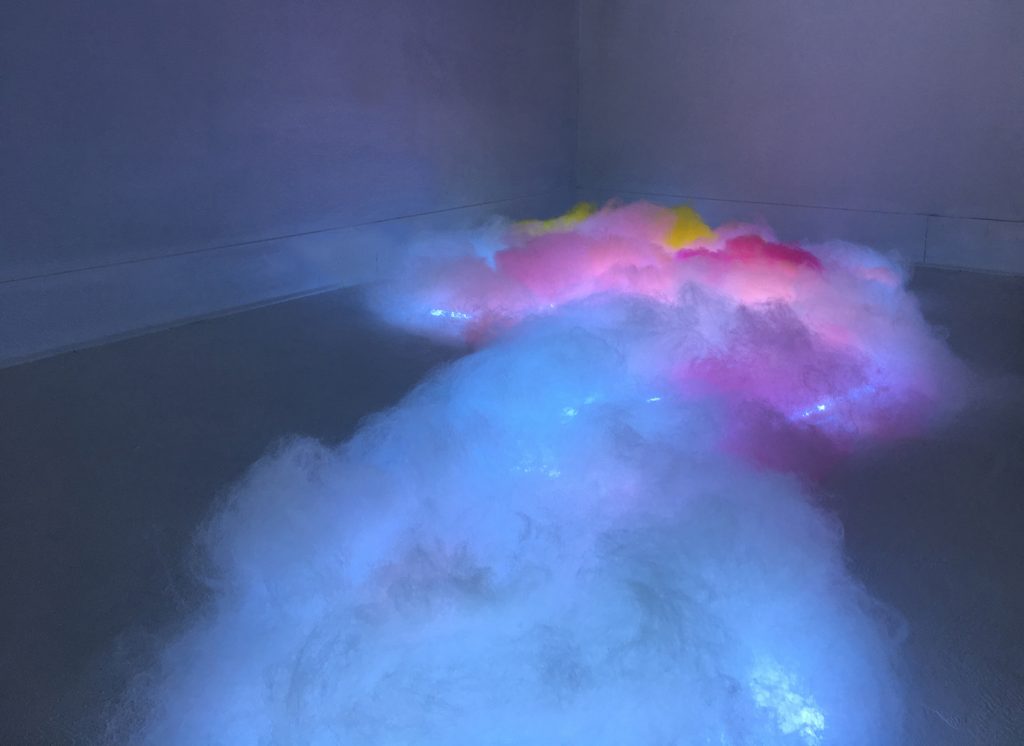 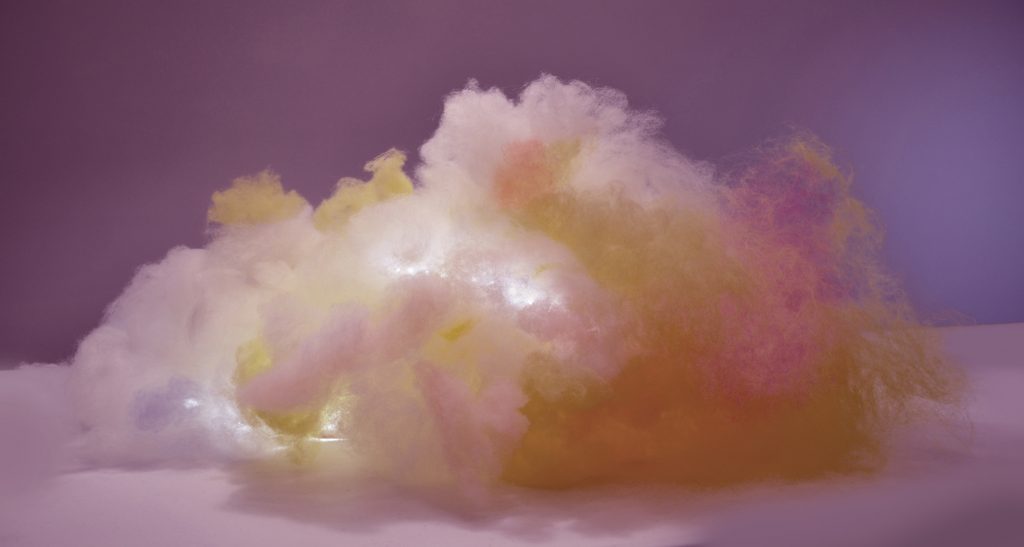 With today’s scientific and technological advances, we can have clean energy, amazing medical breakthroughs, and we can grow organic food in basements without direct sunlight. If we can expand our collective vision of the future toward more soft, kind, and gentler scenarios, we can change the world. That’s where I see the role of art.