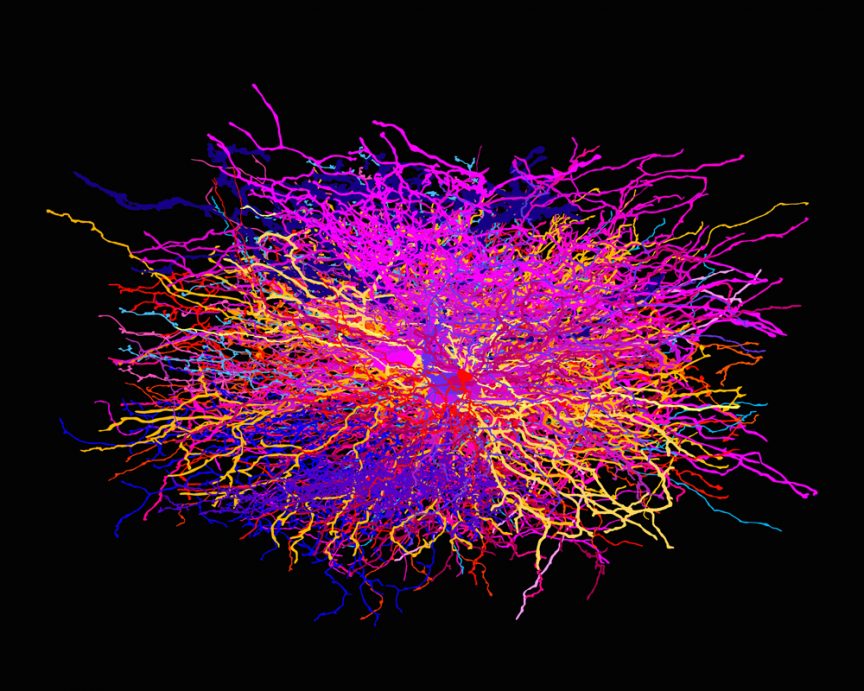 Art came first. I was the type of child who took doodling very seriously, to the extent that I ended up attending an arts high school where drawing class was considered as important as biology. This instilled in me an artist mentality which has informed my way of thinking ever since. Science came into the picture when I was in college trying out different types of classes as an intellectually curious 18 year old. Neuroscience struck a chord with me because of its tangibility, and because I was very interested in the study of mental illness at the time. This interest took the form of “urban exploration,” where my friends and I would explore abandoned mental hospitals to take art photographs. In many ways those photographs led to the type of work I make today. 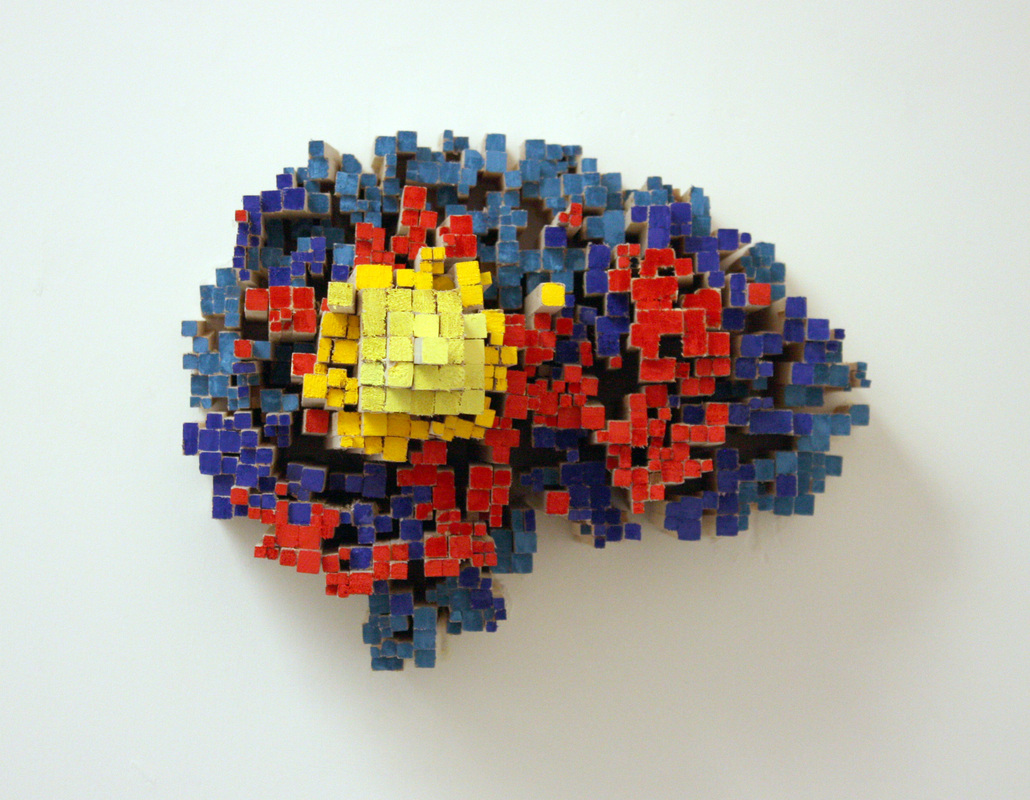 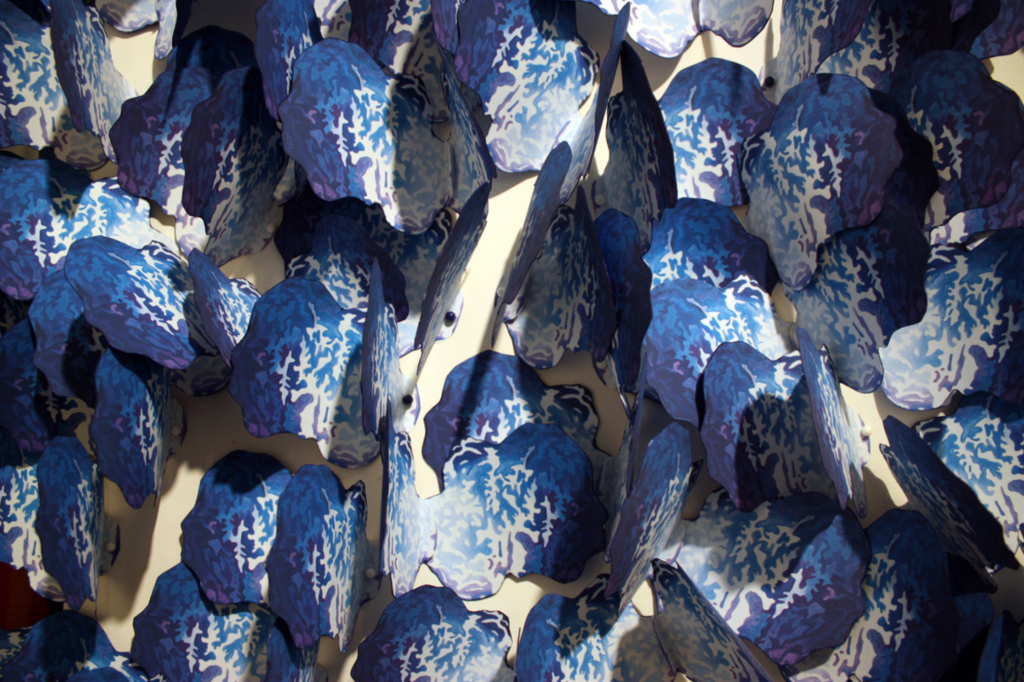 Neuroscience is my artistic muse – I find the beauty of neurobiology and all of its phenomena endlessly captivating both aesthetically and conceptually, and I want to enable that experience for others. 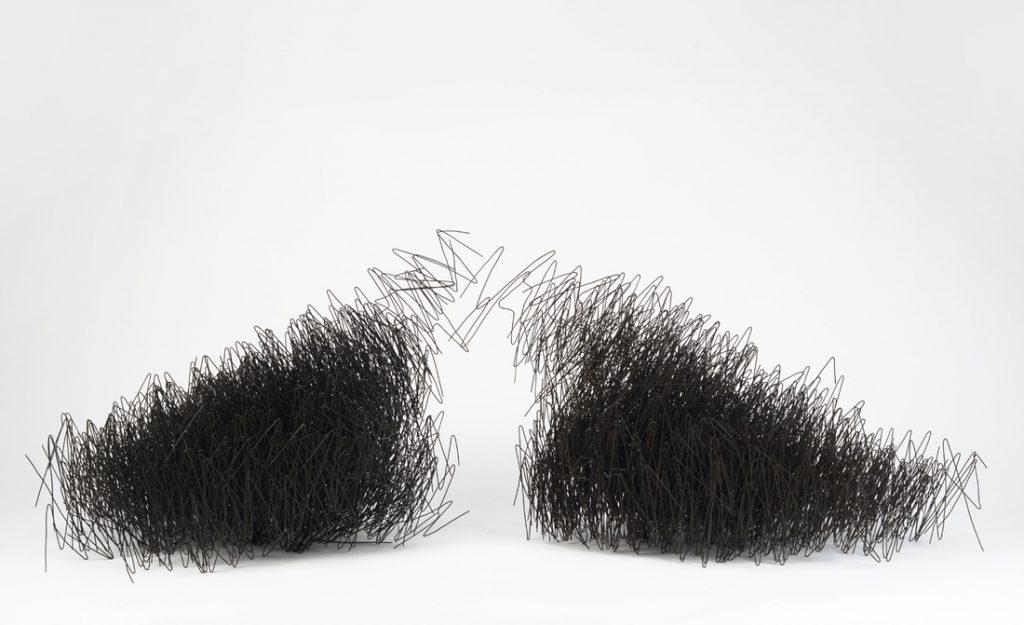 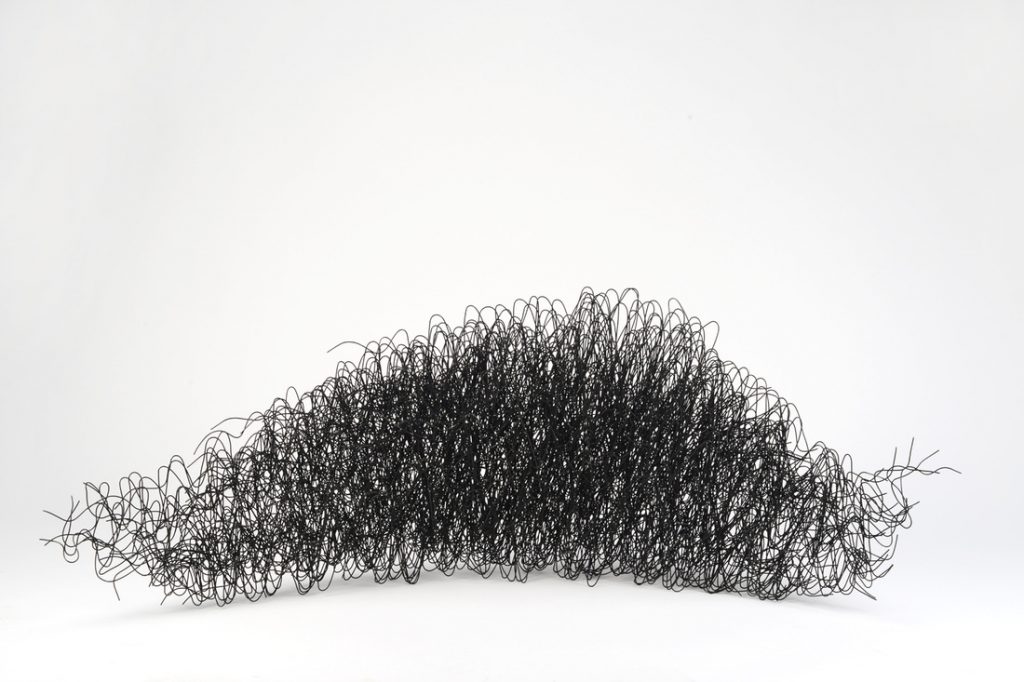 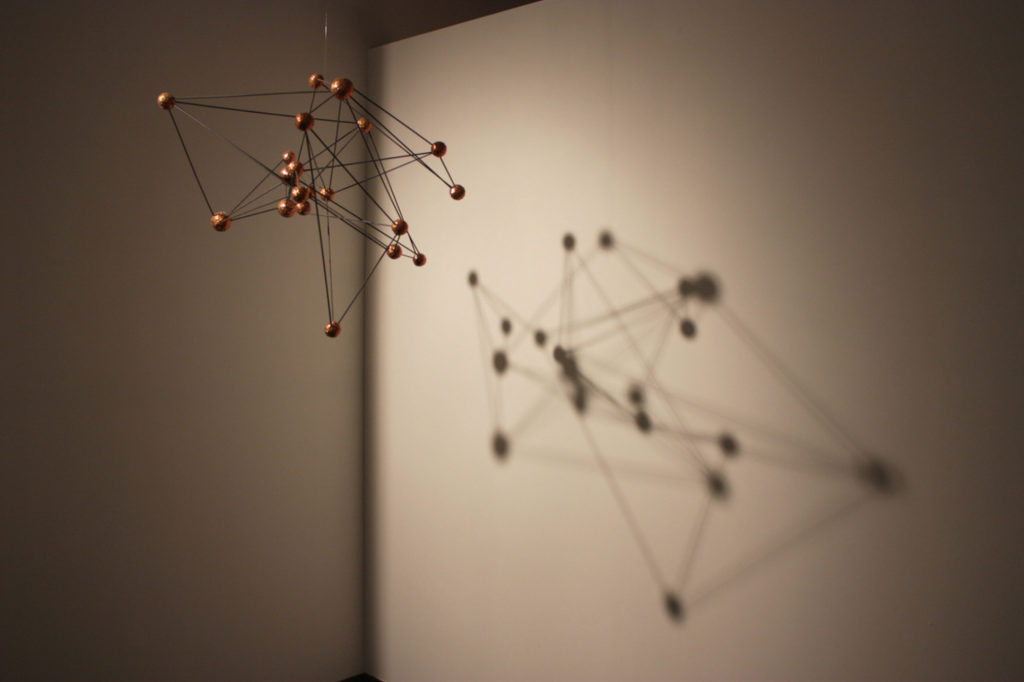 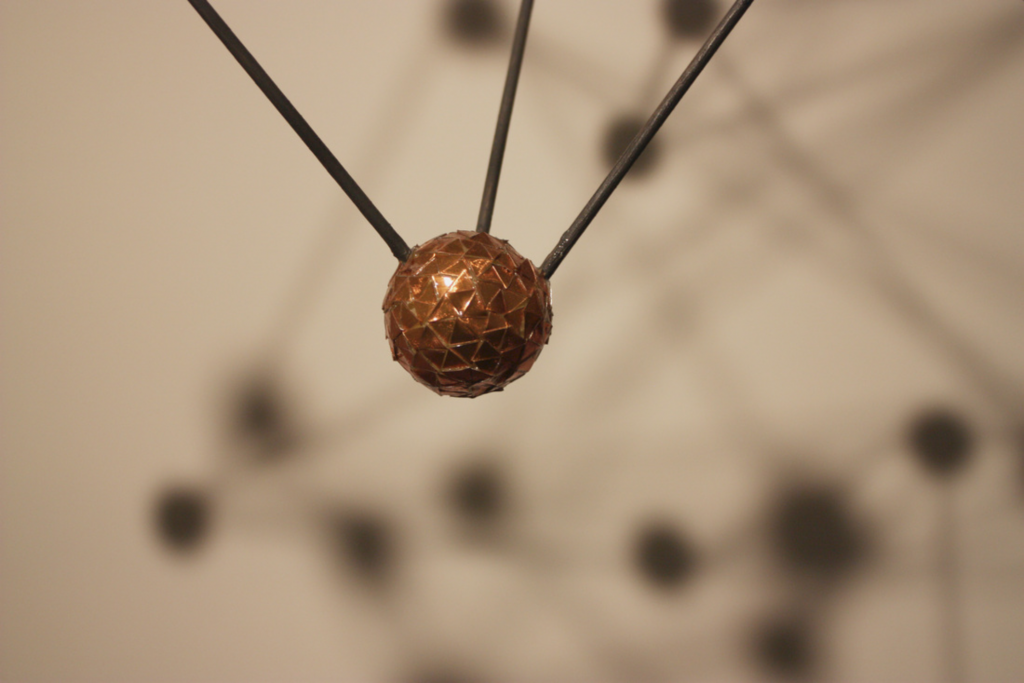 The materials I work in really depend on the project. I’m formally trained in sculpture, but often do installation and 2D work from data that I manipulate in Photoshop. Generally, I like making big things, or lots of little things which can be big together, much like neurons and the brain. Lately I’ve been on a 2D kick and have been making pieces based on neuronal imagery from various labs which are then printed on aluminum. The other ‘material’ always present is the scientific data – importantly, the neuroscience I explore in each piece remains scientifically intact through the aesthetic manipulation of making the piece. 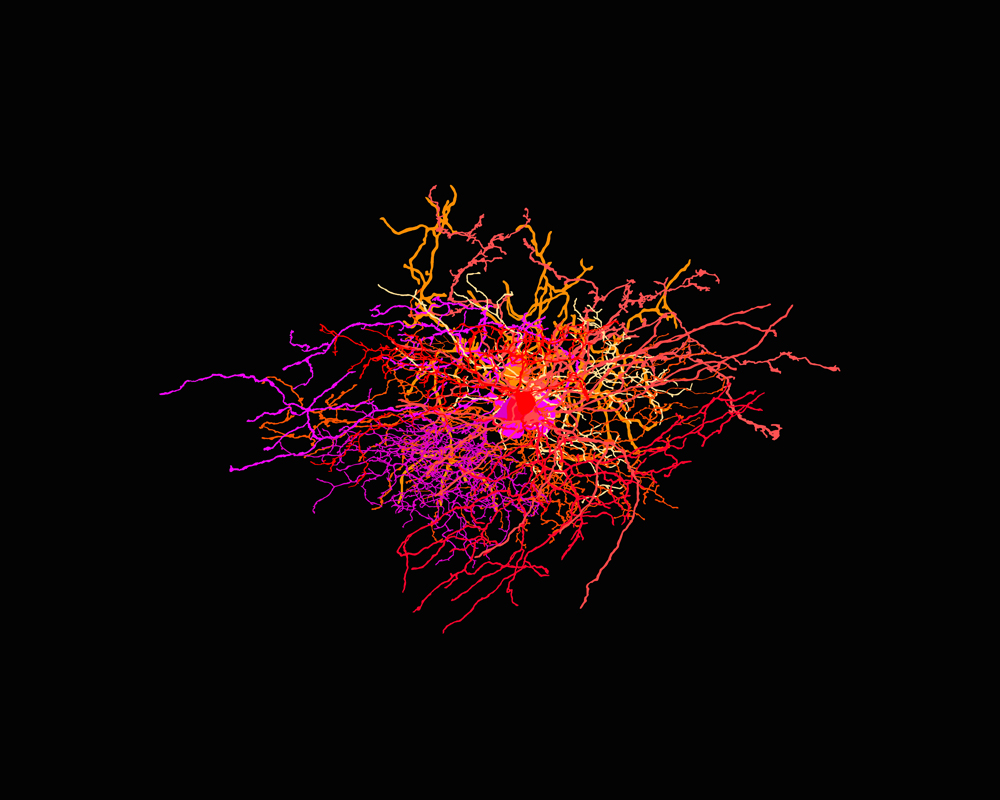 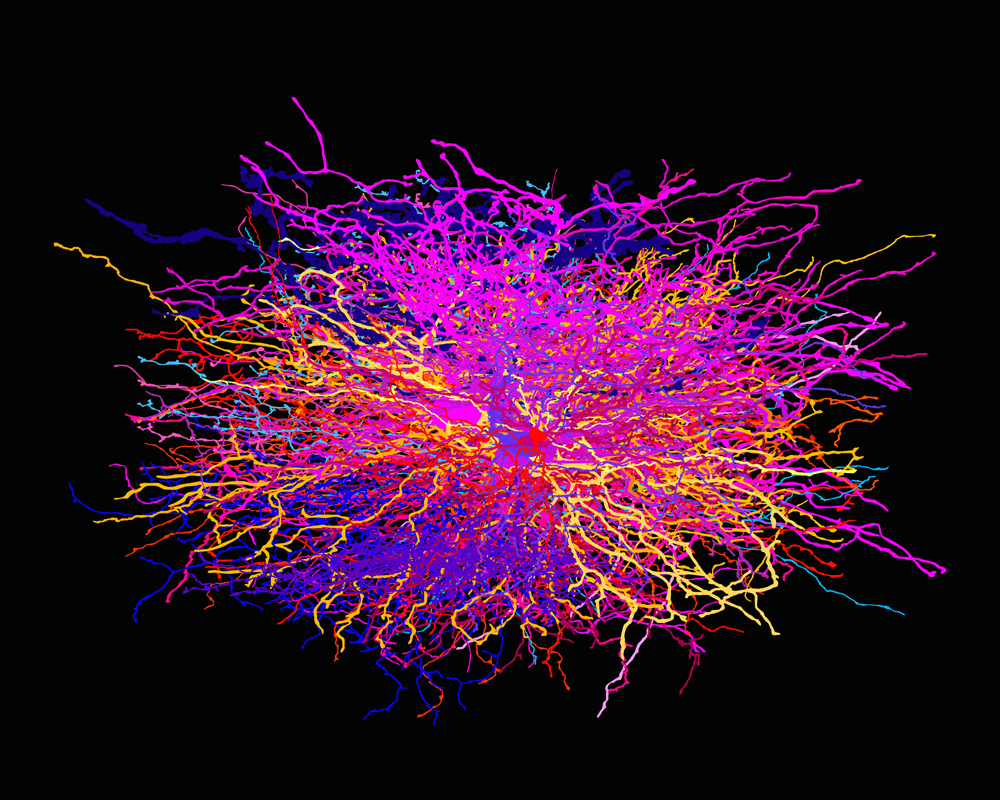 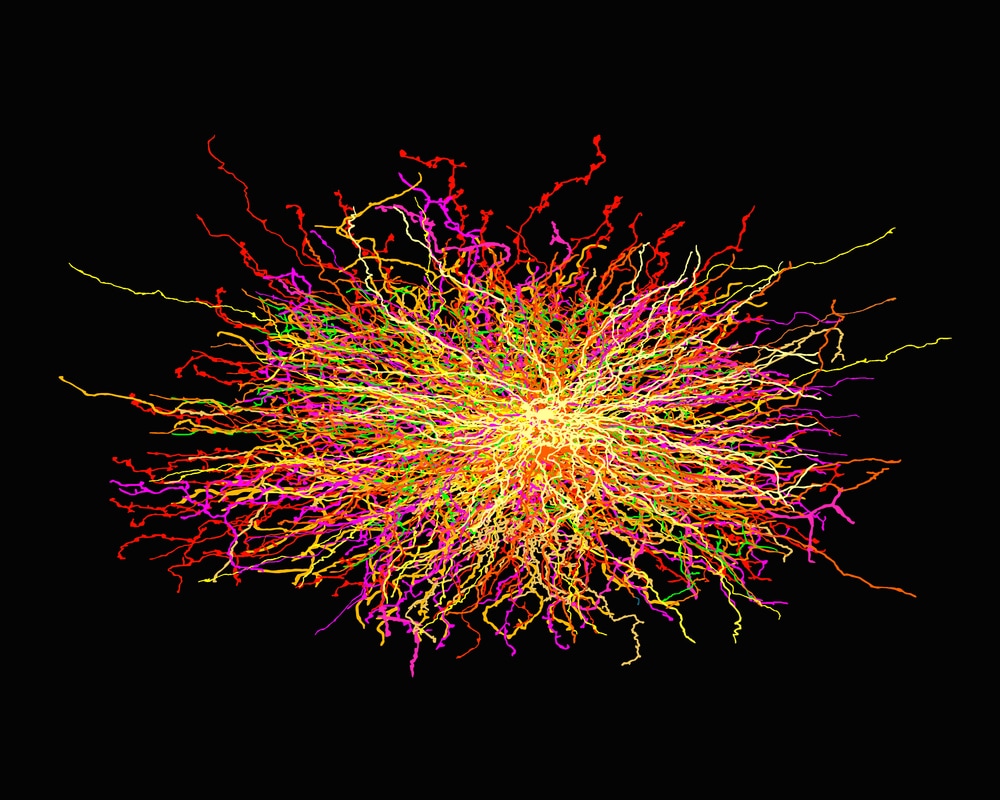 I am really thrilled about the exhibit I’m currently in at New York University’s medical centre gallery. It’s a two-person exhibit called “The Cosmic Brain,” and I have my newest work showing. The first piece is For Pollock, which is an abstract work comprised of computer-generated neurons. Printed in a grid, the piece implies modularity while showing an indistinguishable tangled web of neurons. The second thing I have on view is a series called “Territories,” which are brainscapes I created from microscopy slides I took of a rhesus macaque brain. “Territories” displays different regions of the brain as maps of lands unknown, much like the brain itself. 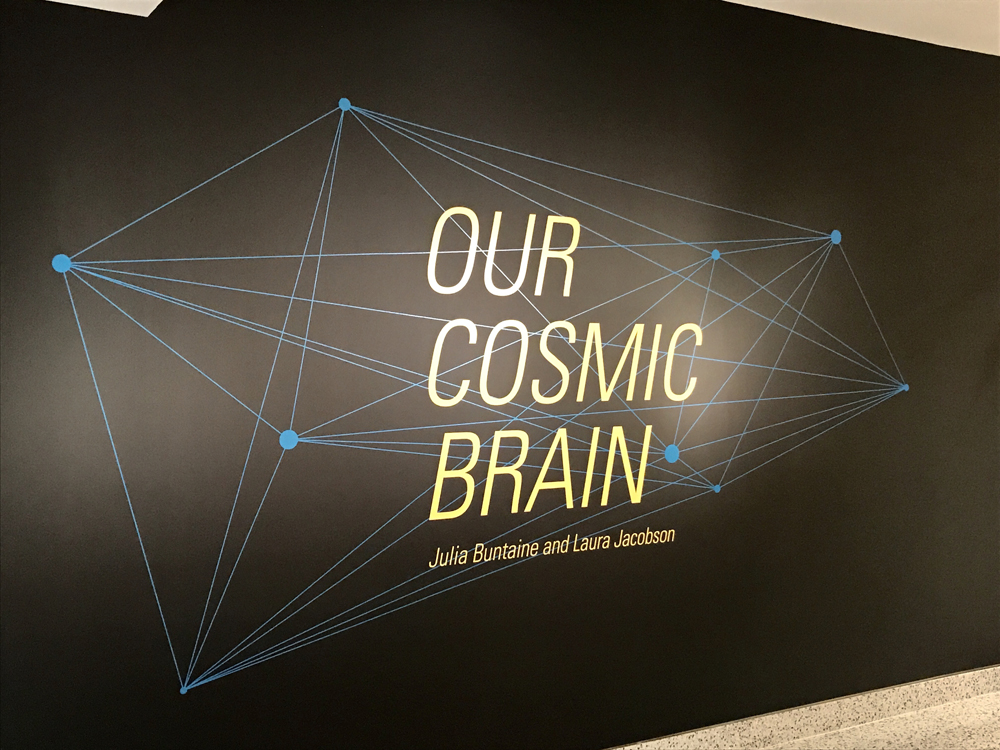 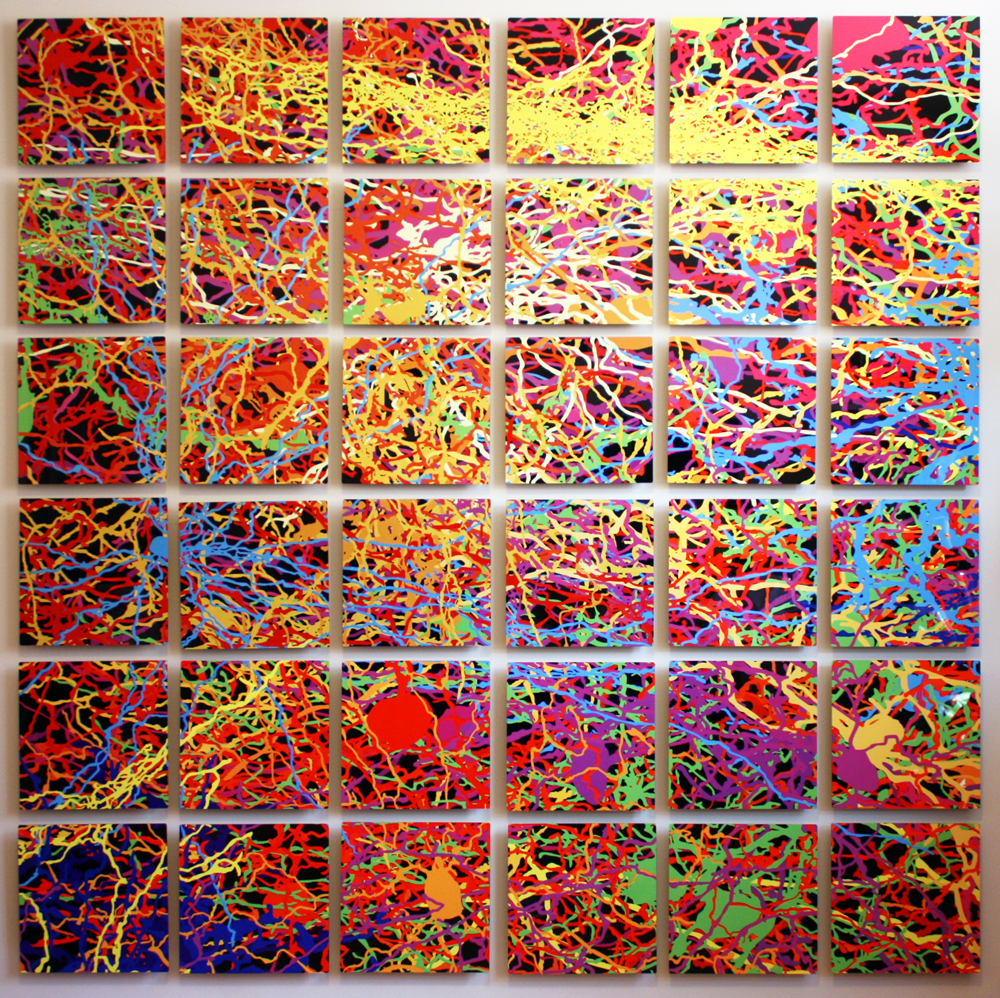 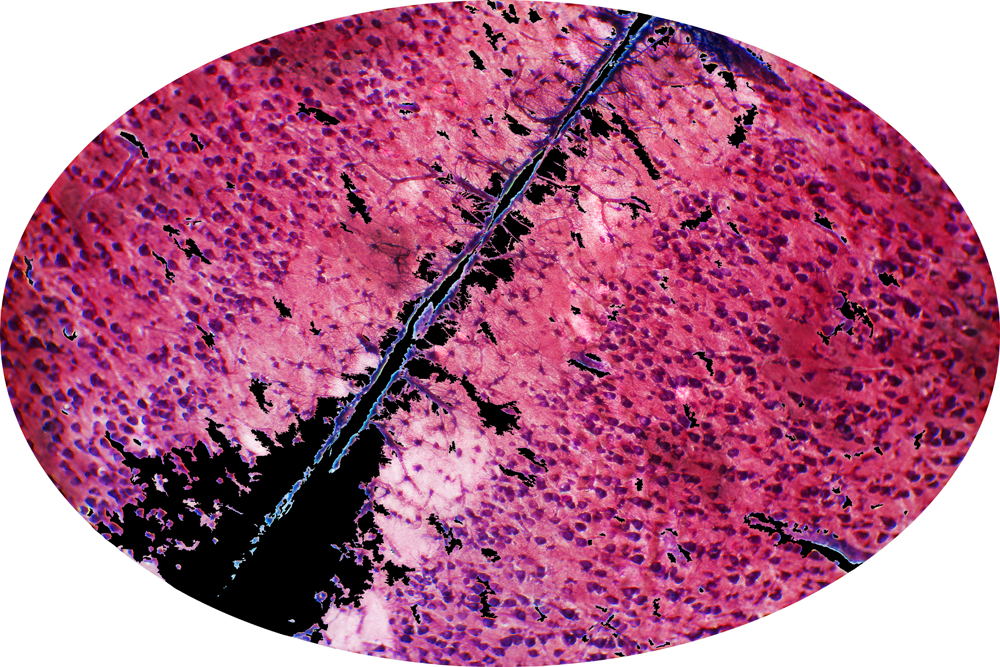 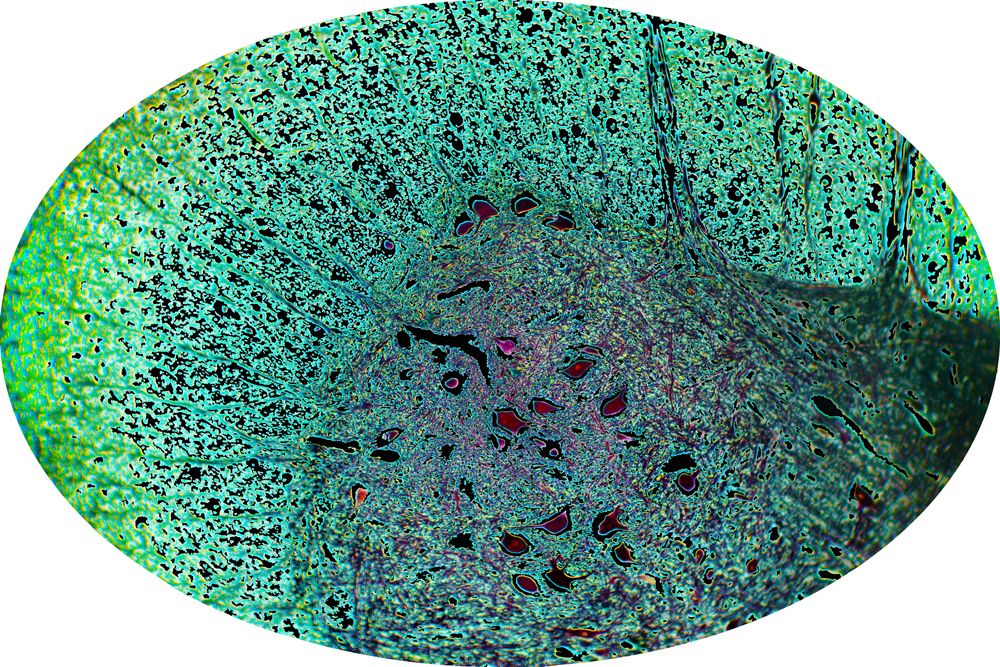 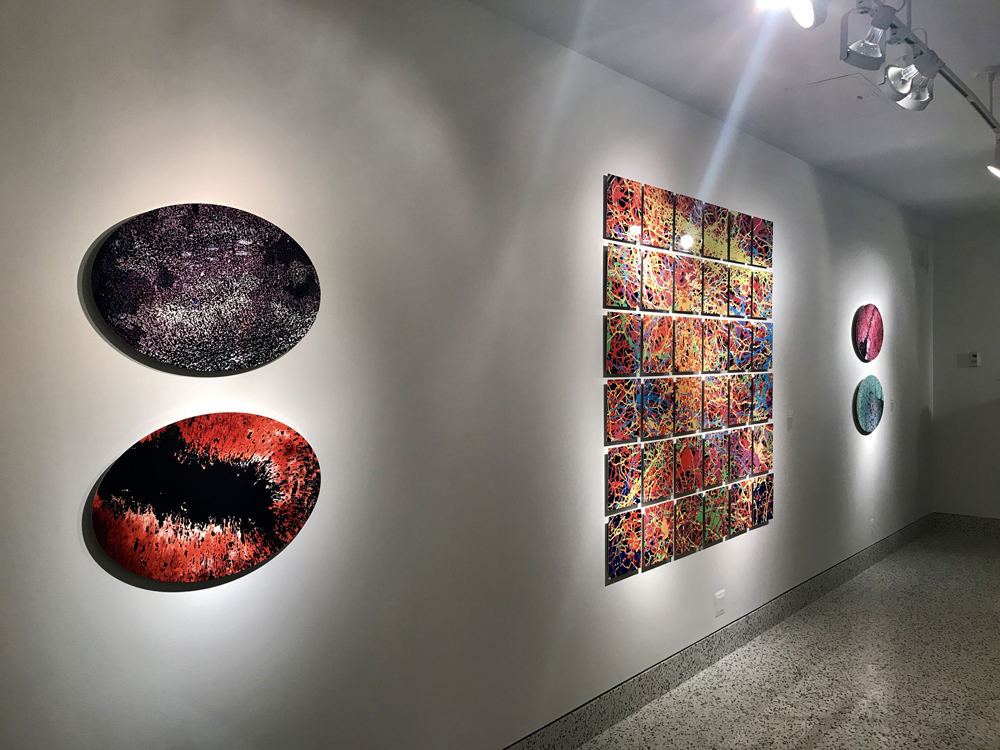 Santiago Ramon y Cajal – the father of modern neuroscience – is a huge inspiration for me as he was both a brilliant scientist and adept artist. Other great sources of inspiration include Leonardo da Vinci, William James, Marcel Proust, Mary Shelley, Herman Melville, Olafur Eliasson, Mark Dion, and Greek Classical sculpture.