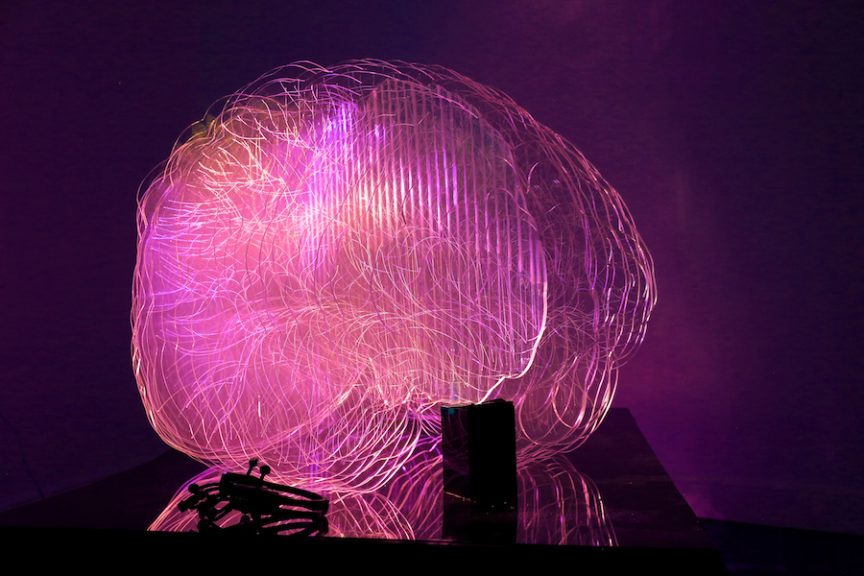 Definitely the art. As a child I had a fascination with drawing. Art remained a persistent companion into adulthood and naturally lead me into wanting to be an artist. I began a BFA when I was 17.  I experimented with oils and portraiture, but later fell into extreme abstraction and developed a curiosity for organic geometry and patterns in nature. The actual science didn’t come until much later in my 20’s when I became obsessed with natural history museums while visiting galleries around Europe. My love of biological specimens grew as strong as my love for art, so I went back to study a double degree in biology and science communication. For a couple of exciting years I lapped up all the information I could; learning how a cell works, how DNA duplicates, how biological life may have begun, and the theory of evolution. Studying biology was so interesting! I also found it very creative. I had visions of creating animated and exciting interactive exhibitions and communicating science in playful ways. I realised that what I was passionate about was being inspired by amazing facts that scientists spend years finding, and then telling these curiosities to an audience in an artistic way.

The next big step for me along this journey of exploring art and science began when I volunteered at the International Symposium on Electronic Art (ISEA) Conference. I didn’t really know what this conference was all about, so volunteering was a good way of finding out without committing to the hefty ticket price. Lucky I did because it changed my life! The event brings together artists, designers, academics, technologists, scientists, and showcases new technologies in art, interactivity, and electronic and digital media. This enticing world of new media, light, technology, and experimental art seemed so foreign to me. Up until then I had been an oil painter and a paper sculptor, who spent a lot of time looking down microscopes! I went to a talk by an Australian lighting artist and architect called Mike Day. His work and collaborations were very interesting to me, and included a lot of kaleidoscope light installations in underground bunkers. When I spoke to him afterwards, he invited me to join his Masters course. As it turns out, he was the head of the Master’s of Lighting Design Program at the University of Technology Sydney. I signed up the next day, enrolling in a Master’s degree in Lighting and Interactive Design, where I ended up researching the fields of art, neuroscience, and technology. 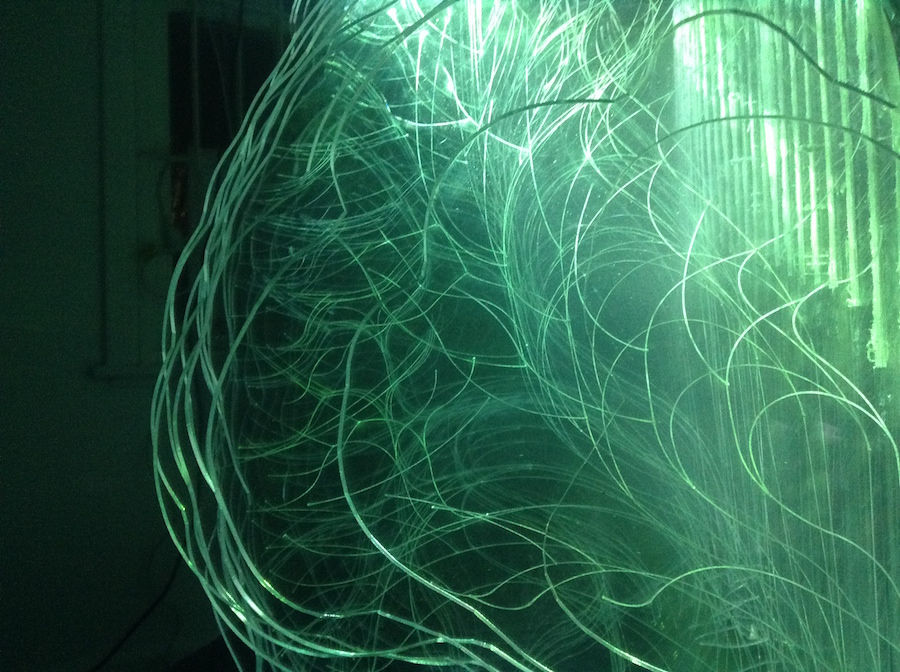 My work fuses the fields of art, biology, illumination design, neuroscience, and BCI (brain-computer interface) technology to explore new ways of perceiving and interacting with our inner biological processes. My past work was heavily influenced by natural history. I was recently living in Iceland studying magnetism and the aurora borealis. There, I became obsessed with circadian processes, time perception, and sensory deprivation, which influence my next project.

Light, laser cutters, mirrors, other various technologies – whatever I need to pull off an idea! 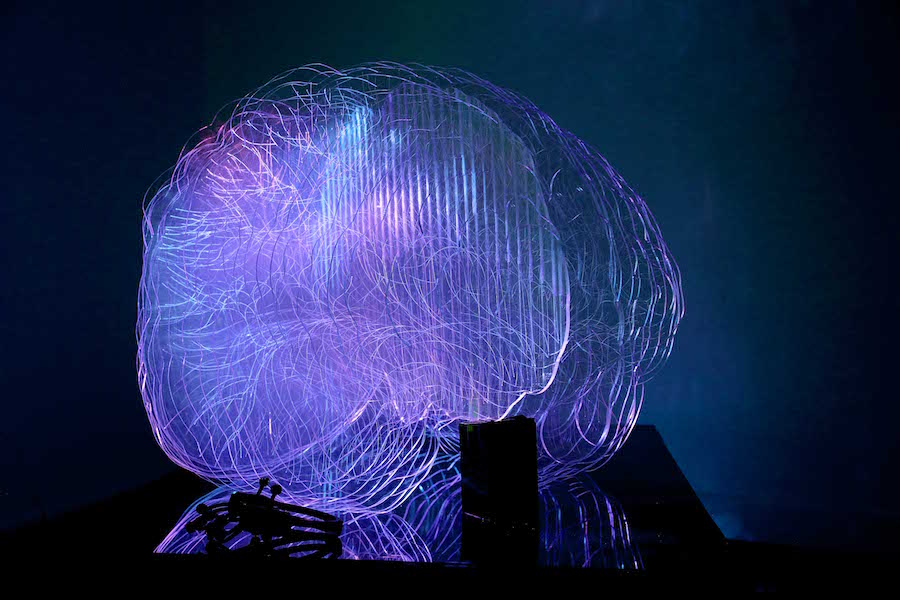 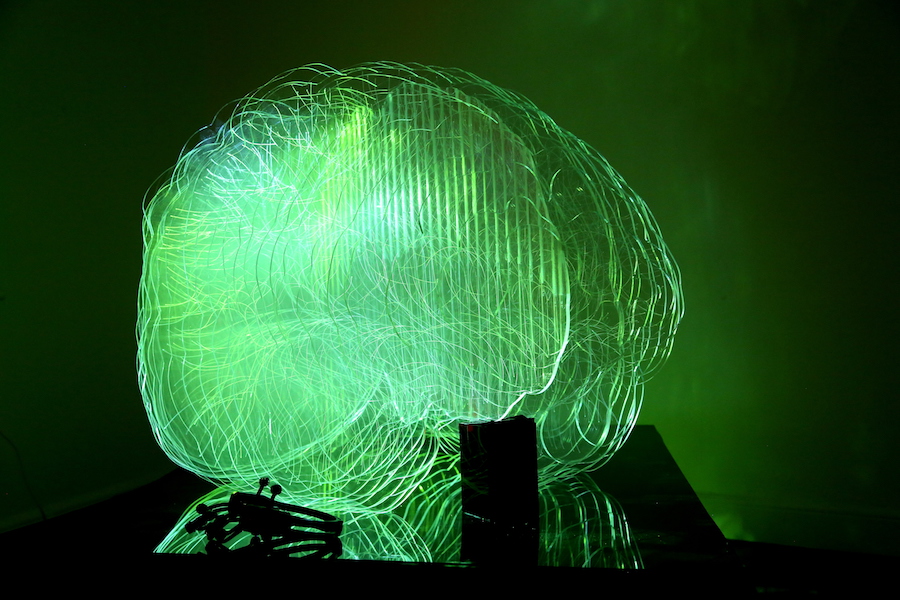 I’m probably most proud of my work Brainlight, as it was the first work that really synthesised my interests in art, science, and technology; bringing light, biology, and art into one interactive work. When I had the idea I had no clue how I was going to pull it off. I spoke with many people, researched a lot, and eventually found my amazing collaborators Sam Gentle (software development) and Peter Simpson-Young (neuroscience advisor). The project opened up many doors for me to exhibit in amazing places and also to collaborate on further interesting projects, which I am very grateful for. Brain light aims to provide a sense of awe that comes from battling the seemingly inexplicable gap between the physical brain and ethereal consciousness. I am fascinated by the increasing amount of bio-technologies that enable new ways of knowing ourselves, bodies and minds. We really have an unprecedented freedom in exploring the junction between biology and technology. I’m deeply interested in the infinite complexity of our brains. Most of us live with very little understanding of the underlying processes within our own enigmatic minds. Brainlight uses a wireless EEG headset which is sensitive enough to detect and output real-time neural activity. The headset visualizes brain frequency in areas of: meditation (Alpha), focus and flow (Theta), excitement/agitation (Beta), which are then translated into a live visual light display within the brain sculpture. I have exhibited this work in many different places and I really enjoy “playing” with people’s minds! It opens up very personal discussions regarding people’s experiences of the “self” which is always fascinating. 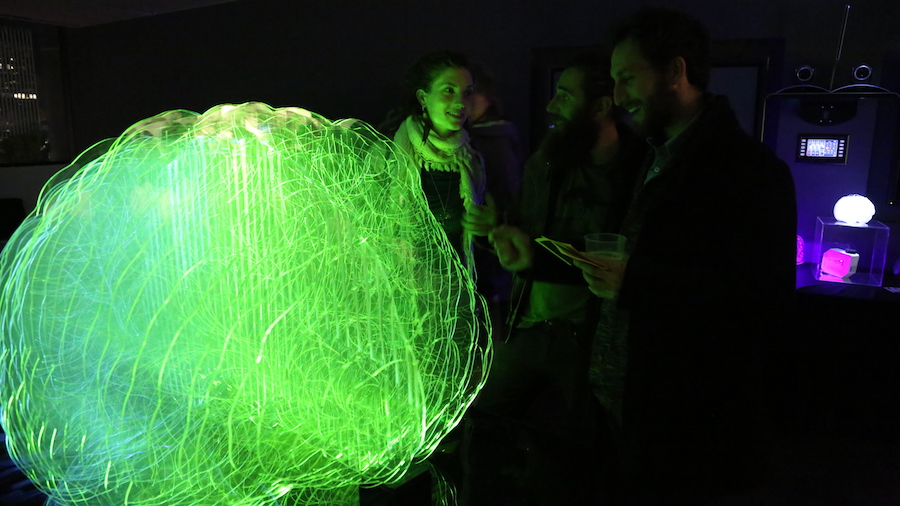 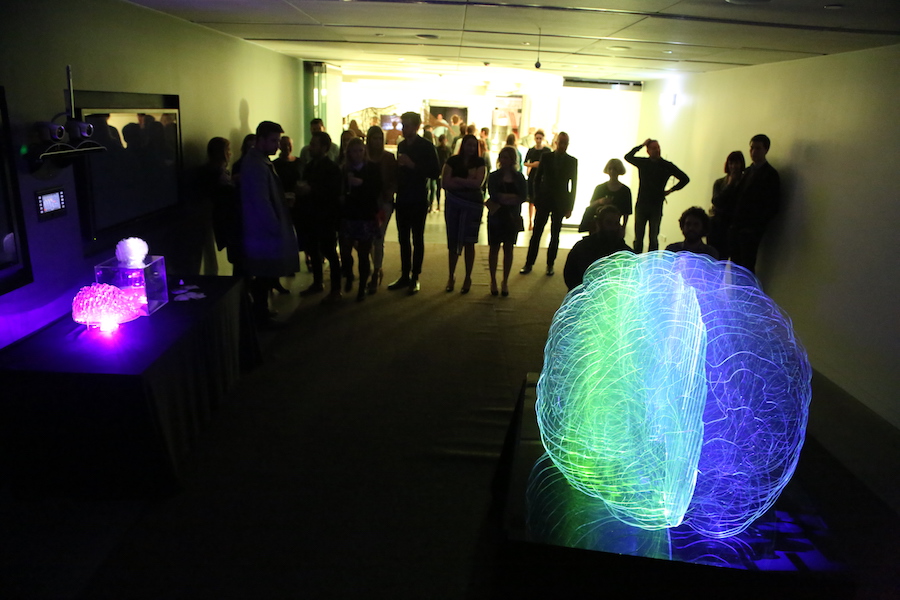 I love Richard Feynman and regularly revisit his insights on light and electromagnetism. I’m also very inspired by Ernst Haeckle and Leonardo Da Vinci. I love Maria Fernando Cardoso and her research on insect penises! One of my favourite inspiration events is an astronomy and music conference called Storms, which is situated on the volcanic island of Tenerife in the Canaries. It’s thrilling to listen to the people who are doing amazing things in the fields of cosmology and particle physics. The conference is my version of heaven! Imagine Stephen Hawking, Brian May, Brian Cox, Brian Eno, Brian Greene and Neil Degrasse Tyson, plus a number of astronauts all hanging out together on a tropical island – yes it’s pretty incredible. Last year I received a media pass so I could officially meet and interview many of these scientists for a Sydney museum. One of my many highlights was talking to Neil Degrasse Tyson about the importance of art in relation to science and listening to his deeply toned wisdom that art should remain above industry, as it is our cultural legacy. 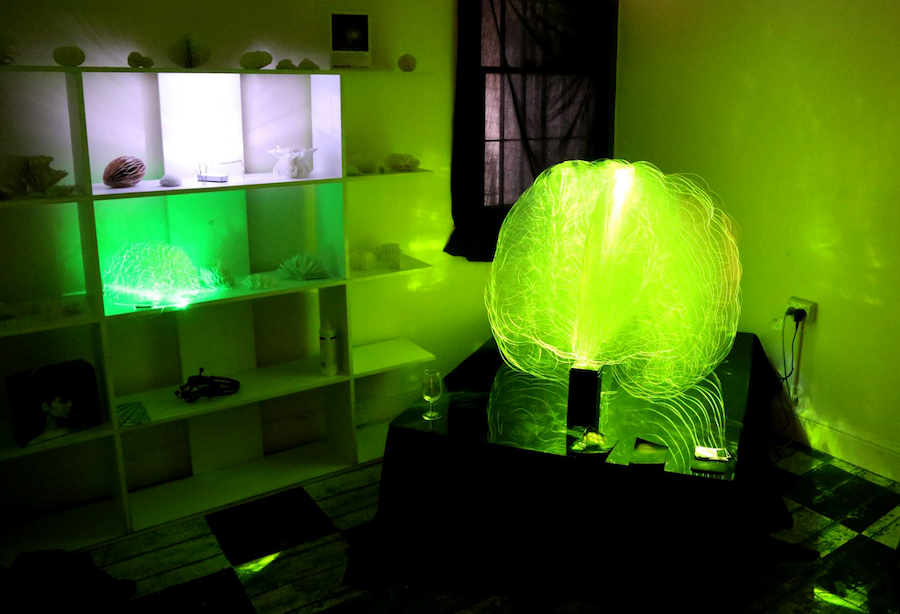