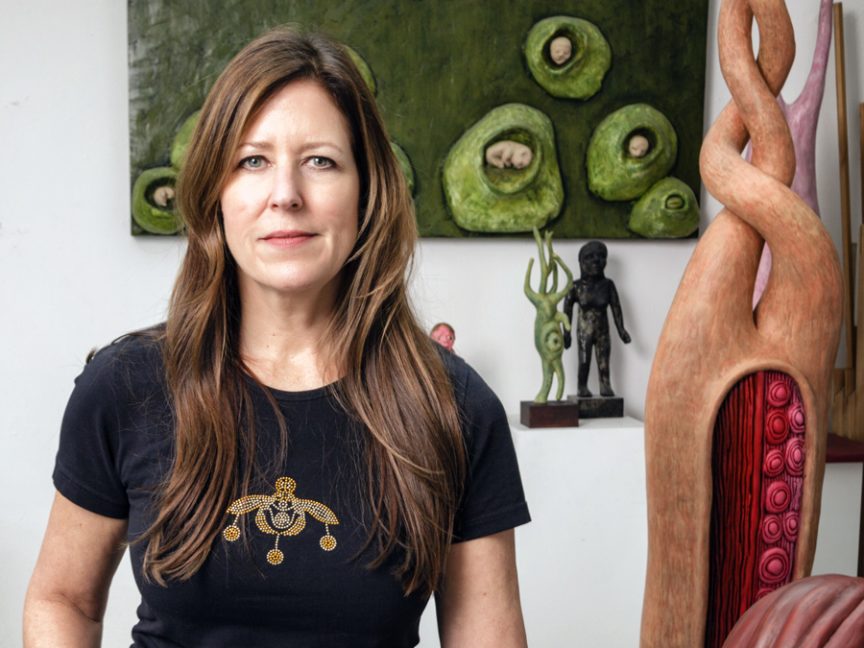 Art and science were fairly intertwined in the sense of a curiosity about the natural world and a desire to record my experience in the form of artistic expression. Both tendencies appeared at a very young age and constitute my earliest, fondest memories. One early memory around the age of five summons both tendencies when I witnessed the birth of kittens and then later documented this miraculous event in the form of a crayon drawing. 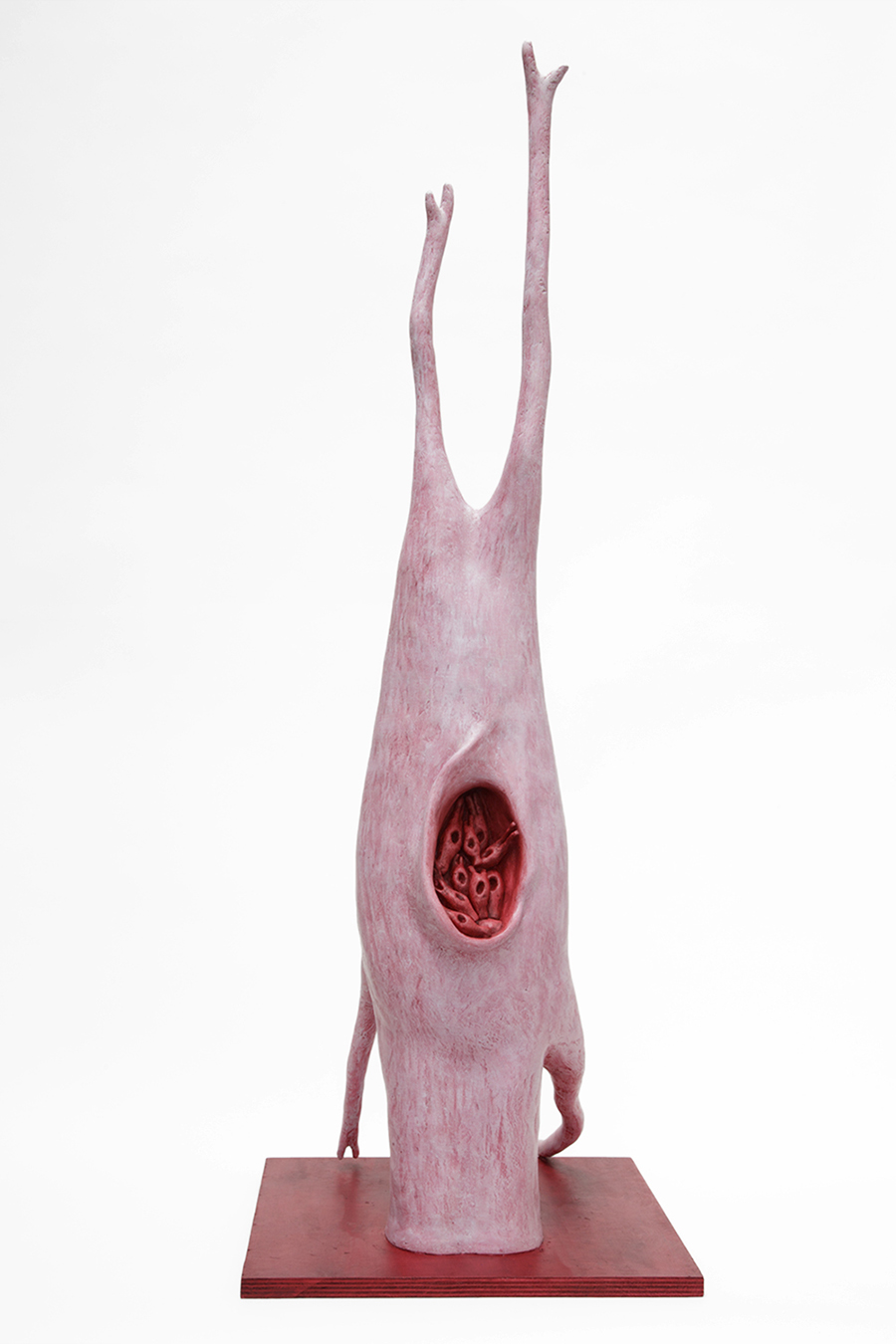 I use a number of different materials in my art practice, including plaster cast, resin, bronze, and most recently fibreglass cast resin. Regardless of the ultimate cast form, all sculptures follow a similar initial process from rough sketch to wire armature to clay model to rubber mold to the ultimate resin/bronze/plaster or fibreglass cast.

I have a special affinity toward plaster as it has a tangible alive quality based in part on being quarried from minerals. Another core attribute of cast plaster is its ability to absorb oil and other patinas. Colour pigmentation is a critical element in my work and plaster’s ability to soak up paint allows for a painterly, sculptural skin.

My first interactive sculptural installation this past September, Our Memories, utilized fibreglass resin casts. Fibreglass allows for an ethereal, translucent quality and I can readily envision more pieces involving this evocative medium too. 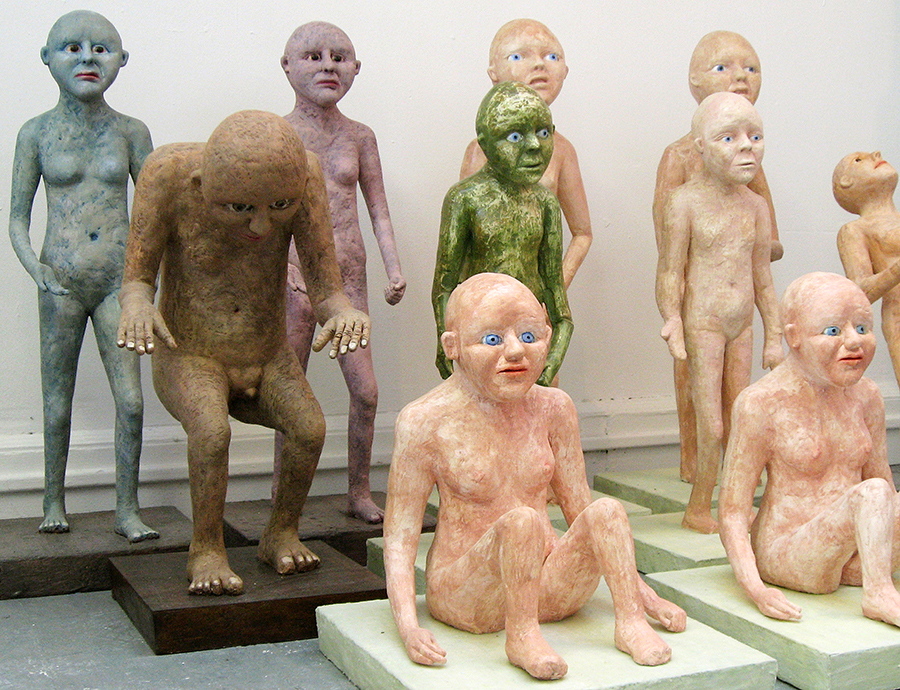 It’s very difficult to choose one particular piece or exhibition as my perceptions change over time. Scattered over the past two decades, there have been a number of critical break-throughs which stand out. Most recently, the two events I am extraordinarily excited about are Our Memories and Fundamental Filaments.

Our Memories, unveiled as part of the 9th Annual Governors Island Art Fair this fall, was an outdoor installation composed of three translucent sculptures involving the audience in unexpected ways. Recognizing the need to record one’s personal experience, these neuron-inspired sculptures contained cavities in which the participants placed a colour-coded acrylic stone “memory”. The idea was for a viewer to recall a powerful memory and then share the memory by depositing it in a sculpture. Memories were colour coded into six primary emotive categories: joy, anger, love, sadness, fear, and surprise. The sculptures took on the colours of the collective “memories” and transformed as the piece came to life and stored more “memories”. 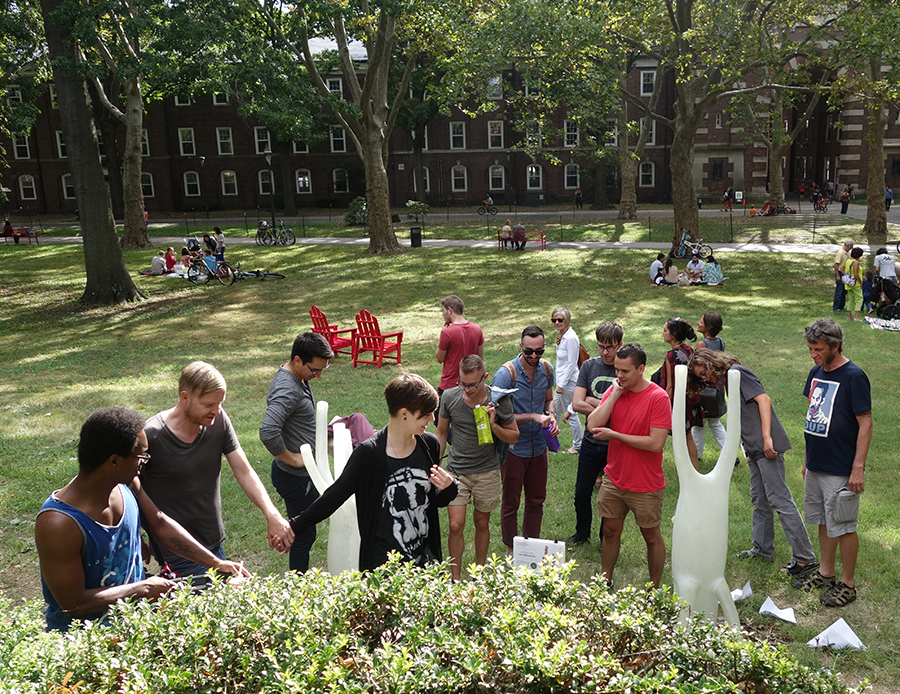 Our Memories was a first for me on a number of levels—my first outdoor sculptural realization, the first time I used fibreglass resin as a material and, most critically, the first time I actively involved the audience in the physical creation of the ultimate work. While this was a natural progression from earlier investigations into the origin of memory and emotion, in series such as Dendrites and Vital Memories, the idea of “creating” a shared memory is a radical departure from my more traditional mode of audience engagement. It was an amazing experience on all levels – emotional, personal, collective, and artistic!

Fundamental Filaments, a solo exhibition at the University of Rochester’s Hartnett Gallery for the month of October contained a selection of over 15 pieces, taken from four series, surveying the last five years of my practice. Sculptures from Dendrites and Vital Memories elegantly and tenderly unraveled the mysteries of the mind in anthropomorphic form, while works from Ancestors and Standing rebuilt them in representational form. A solo show is a milestone in an artist’s life and also a welcome opportunity to observe and take note of the threads joining one’s work, as well as all of us together. 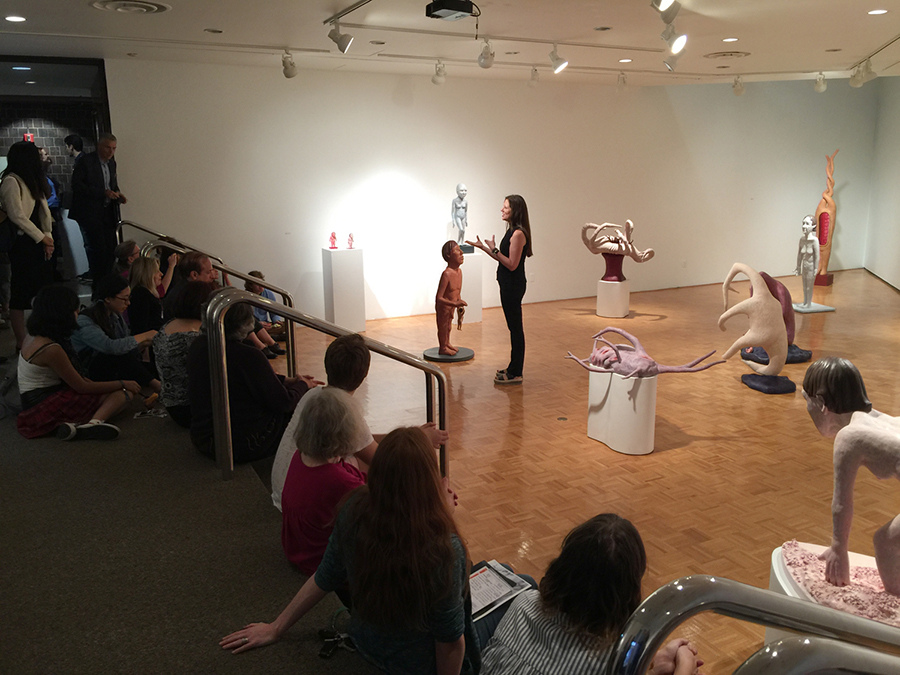 I have been, and continue to be, influenced by many artists and scientists.

I gravitate toward artists who have an authentic vision and whose work embodies a larger emotional or societal truth. For example, Munch’s The Scream, Picasso’s Guernica, Kathe Kolwitz’s Mother with her Dead Son, Goya’s Black Paintings, Michelangelo’s La Pieta, Bosch’s Garden of Earthly Delights, Rodin’s Gates of Hell, Klimt’s The Three Ages of Woman, Kahlo’s A Few Small Nips, Bernini’s Apollo and Daphne, Bourgeois’ Spider, Monet’s Water Lilies, and so many other masterpieces, have been very instrumental.

My interest in Oliver Sacks predates Dendrites and my other brain inspired sculptures. I have eagerly read his ruminative and provocative books, though my favourite is still, not surprisingly, An Anthropologist on Mars. Several years ago I had the great honour of briefly speaking with Oliver Sacks and I received his encouragement to continue my work and to read Ibsen’s When We Dead Awaken. 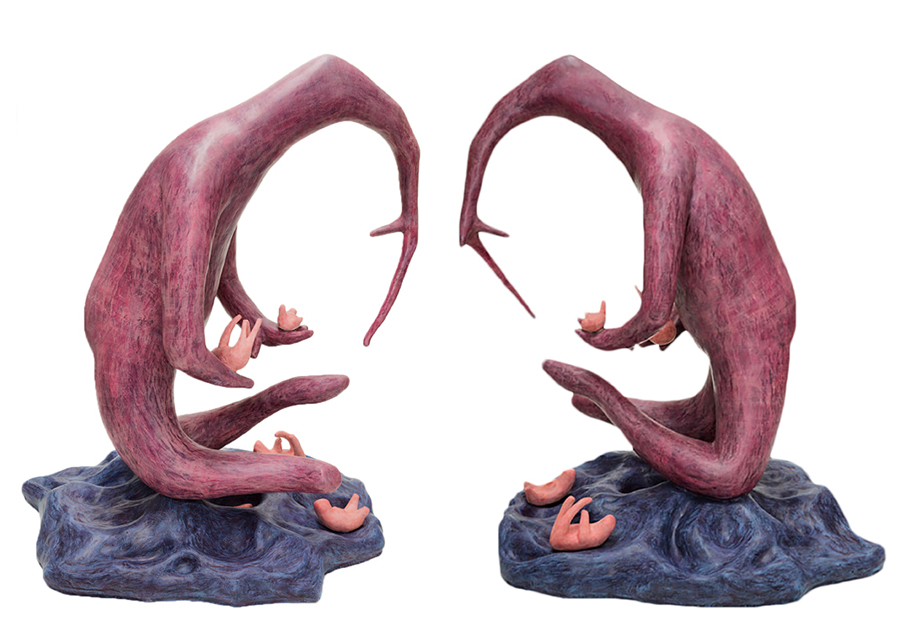 Jung’s theories on the collective unconscious, archetypes and the eight psychological types, Turkle’s assessment of human-computer interaction and the consequences inherent within our digital dependency in such work as Alone Together, Ekman and Plutchik’s theories on emotion and human behaviour – these are a sampling of the topics which fuel my creative process.

I would love to see Our Memories spring to life around the country and world. The idea is to take the installation on the road and create a global, collective memorial piece. The original filled sculptures would exhibit alongside new, empty sculptures waiting to be transformed by the local audience.

After traveling the globe, the final installation comprised of hundreds of multi-coloured, memory sentinels would ultimately reside in a sculpture park – now that is something to look forward to!