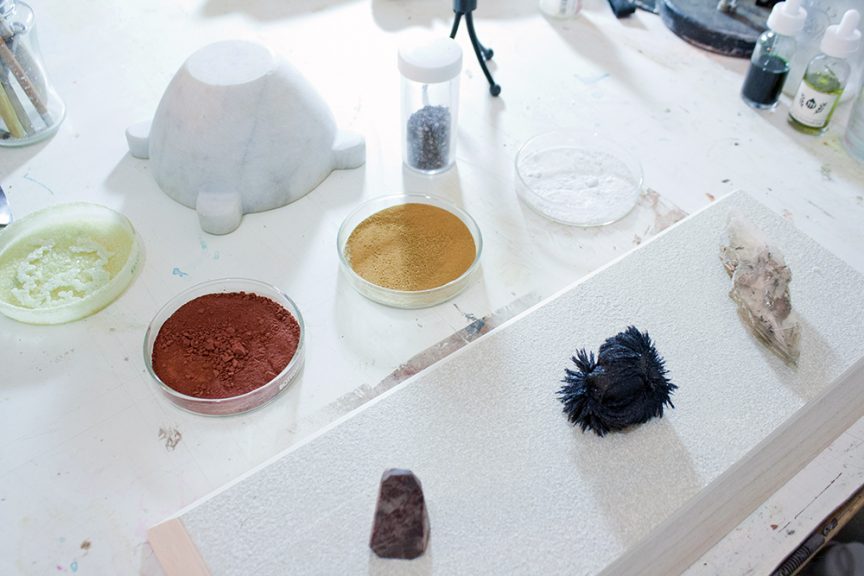 I feel this may hold true for many artists, but both science and art were important early in my life. As a child, I was always out in nature, collecting things, obsessively drawing and visiting quarries and dig sites, and collecting and cataloguing natural specimens. My fascination with nature established my connection to both fine art and the natural sciences. However, I began to focus on fine art and film throughout high school with the hopes of working in that industry.

I decided to pursue a degree in Studio Art and attended the University of Guelph in 2006. My approach to creating evolved drastically as I reached my final year. I attribute this change to the open, research-based approach that the school instills regardless of one’s chosen field. For my thesis project I began experimentation and applied research into the more traditional aspects of colour and art materials. 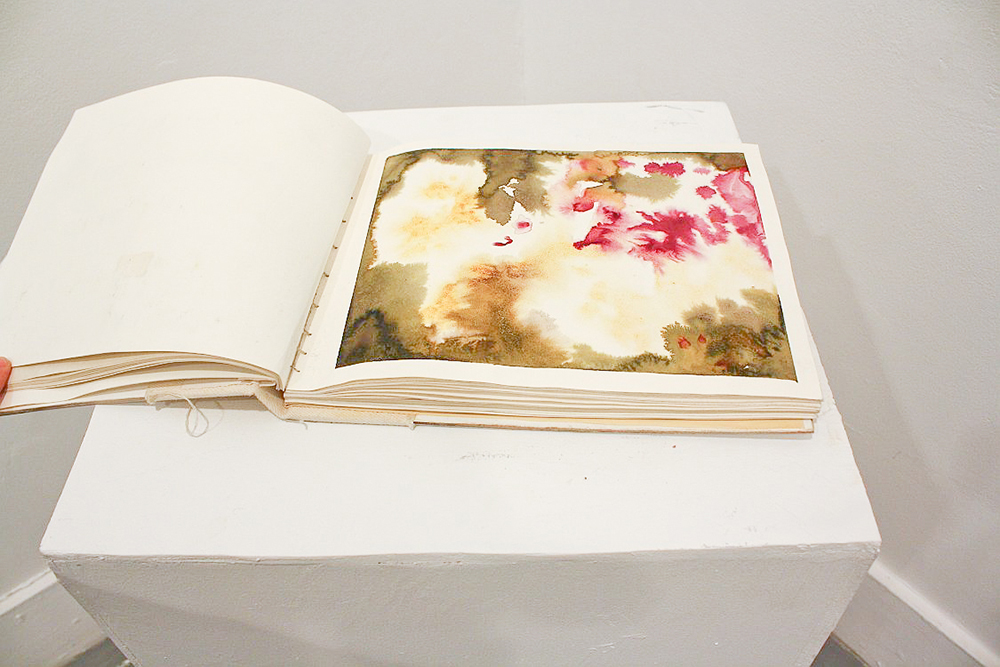 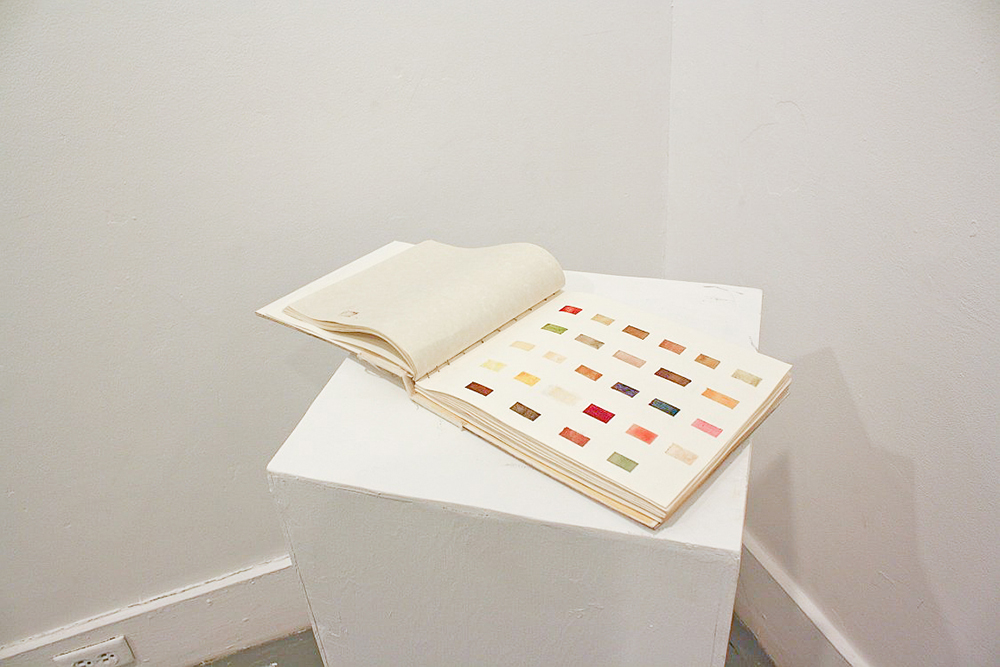 I worked on creating a colour palette of sustainable and local sources of colour through ink and dye making. Understanding colour-making through the lens of chemistry helped inform and guide my current investigations with cultivating crystals. As I expand on this body of work, I am flirting with the idea of continuing my education in the sciences while collaborating with scientists to inform new projects.

The earth sciences are an underlying thread throughout my work. I often rely on crystallography and basic chemistry in the creation of my crystal projects and I try to bridge a gap between applied chemistry and my interests in geology and mineralogy specifically. 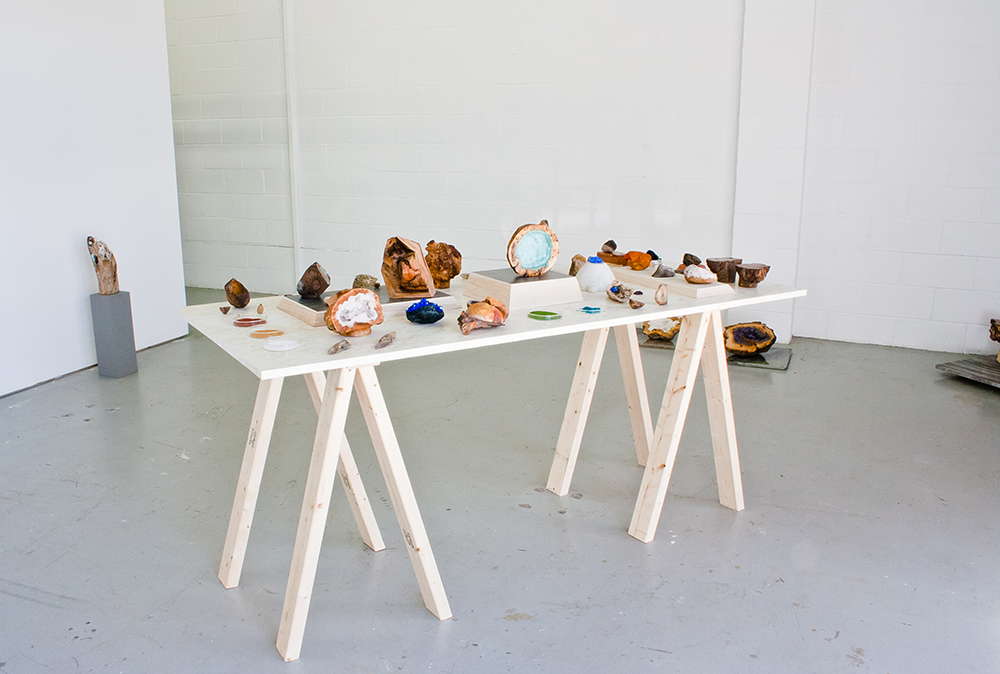 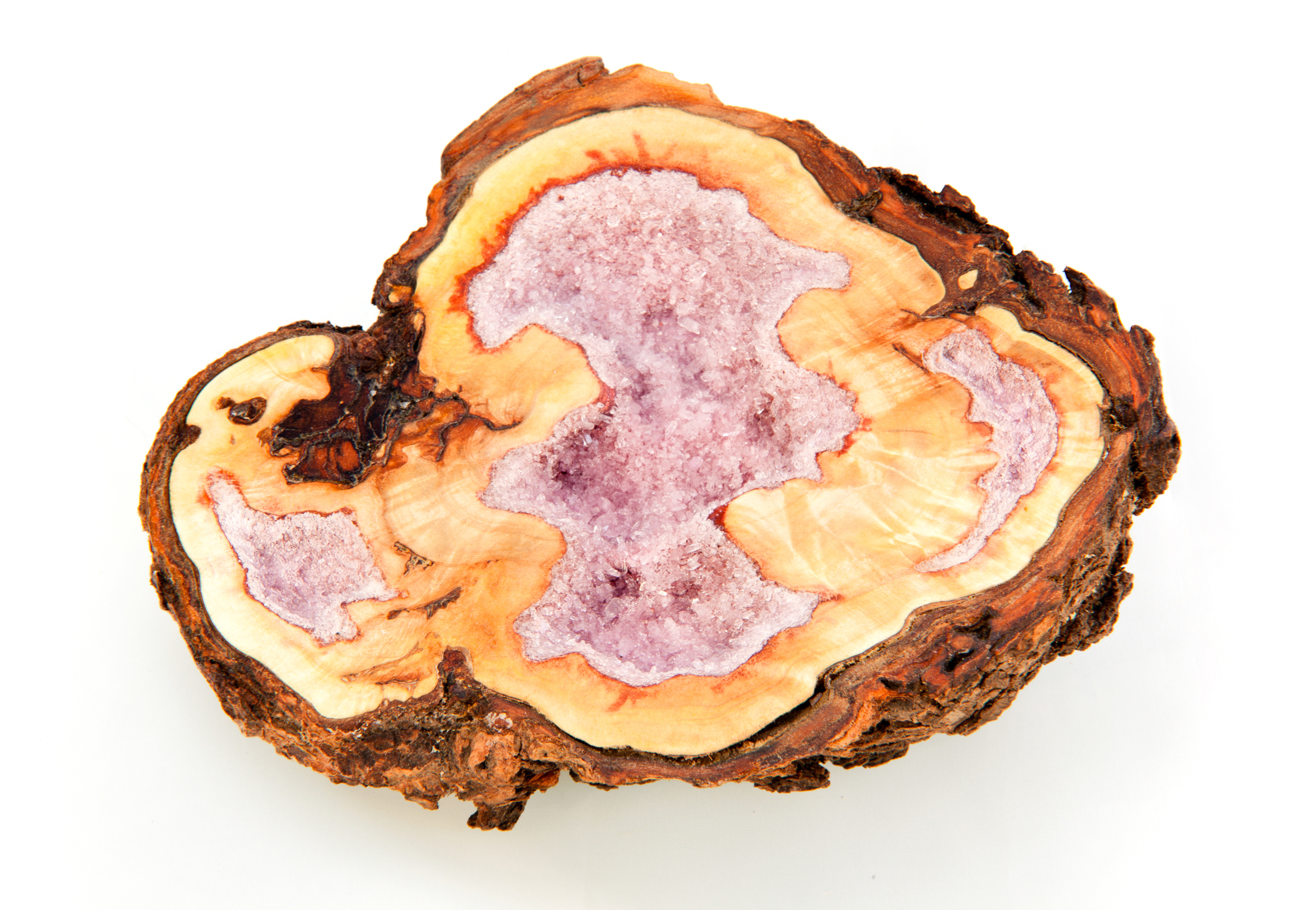 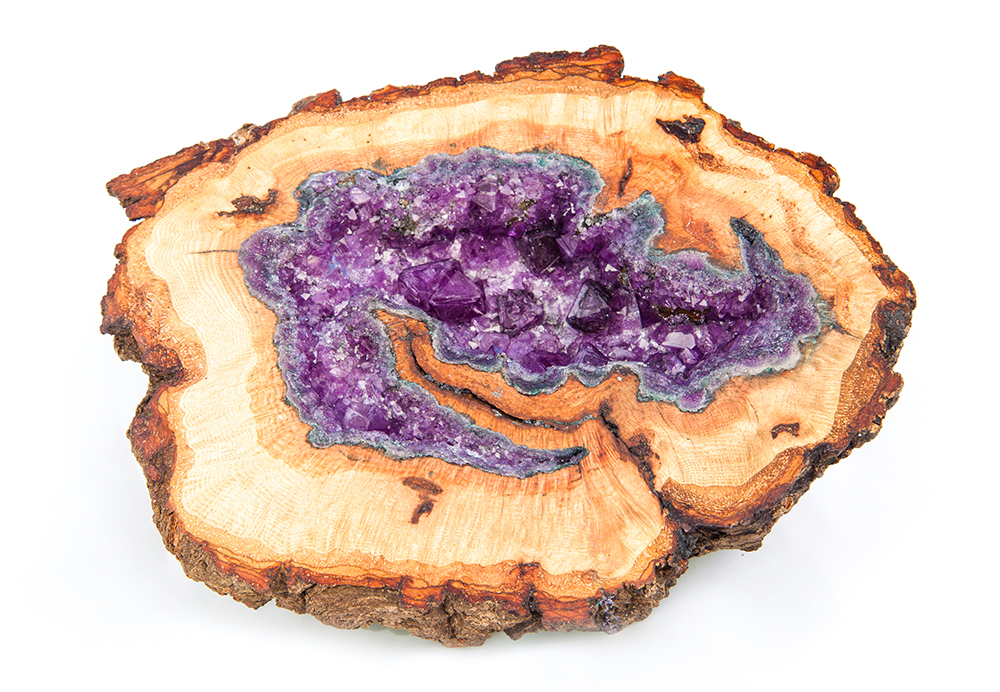 I use various crystal salts from table salt and sugar found in the pantry to more obscure chemicals used in photo labs and other industrial applications that aren’t the easiest to procure. I also gather various found and natural and unrefined wood formations that catch my eye. I am starting to incorporate other materials, such as coal, stone, hematite (iron oxides), concrete and molten metals such as bismuth to suggest new geological findings. 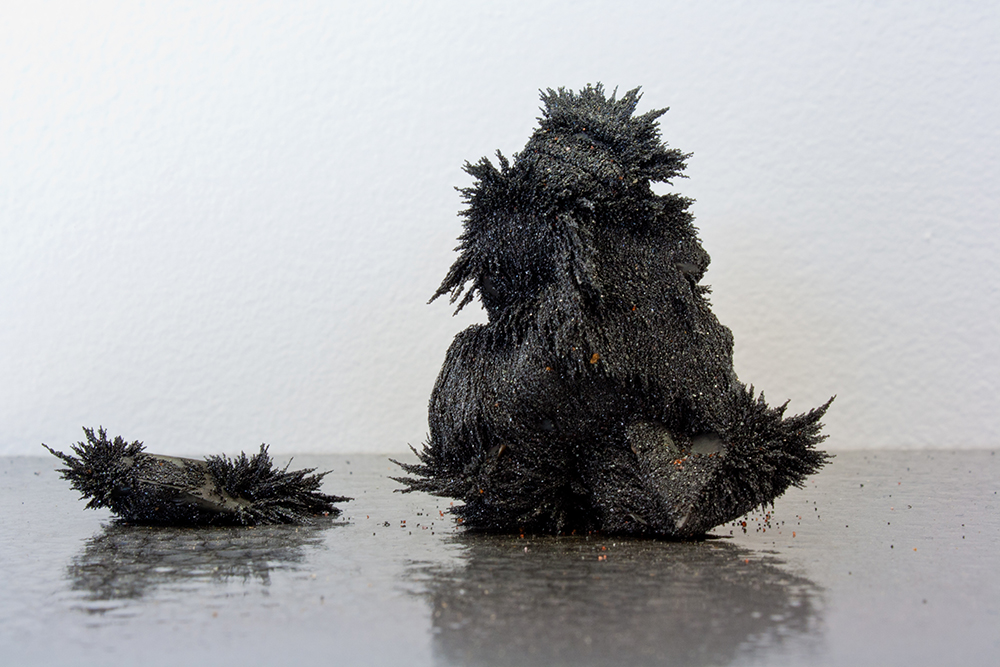 I am most proud of two of my recent exhibitions. The first was the Cabinet Project at University of Toronto’s Robarts Library organized by the ArtSci Salon. I was allowed to intervene in a neglected curio cabinet using my found geodes and various objects from the UTSIC collection. It was one of the first projects where I directly engaged with and collaborated with scientists and learned about the university collection and the history of many of the tools and materials used in the physics department. Working closely with scientists and grads gave me new insights into my practice and opened some new doors for future collaborations. I was fortunate to include some of the older studies and field work of Derek York, who was a geophysicist at University of Toronto that helped refine Potassium – Argon and Argon – Argon dating methods. 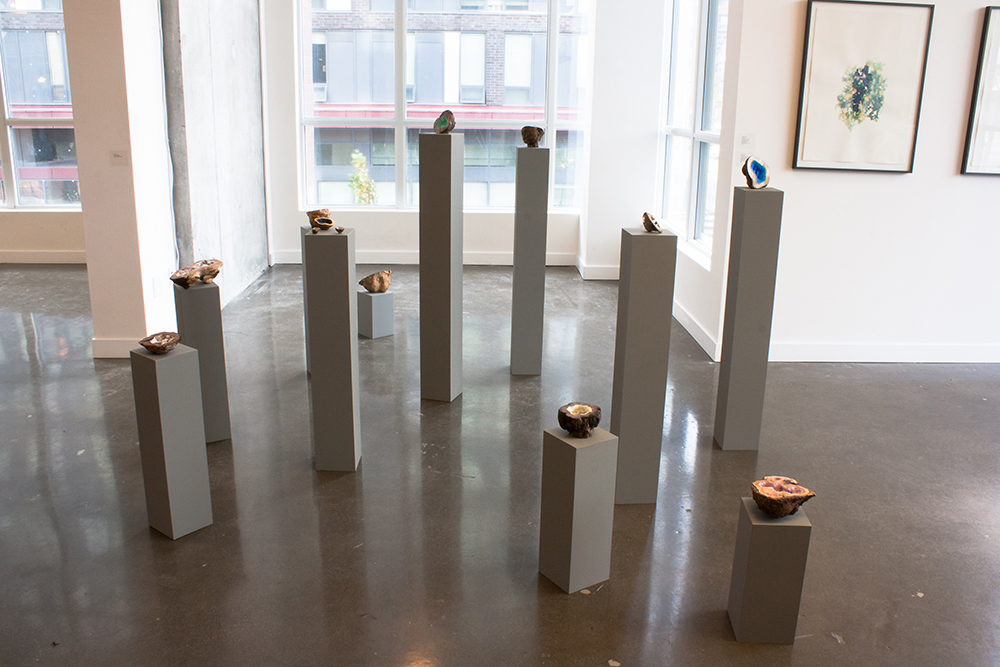 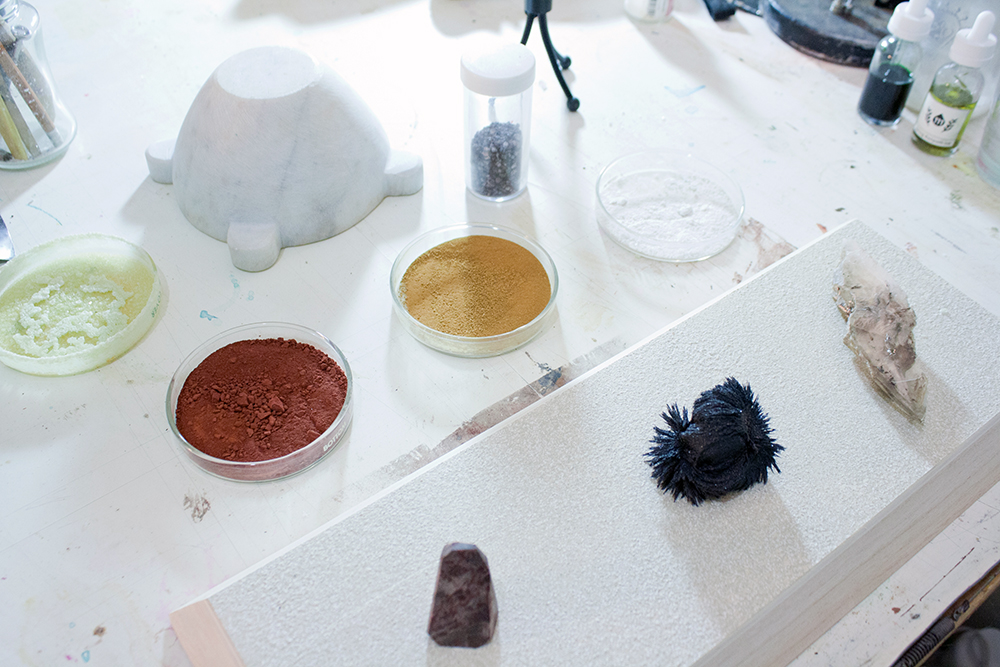 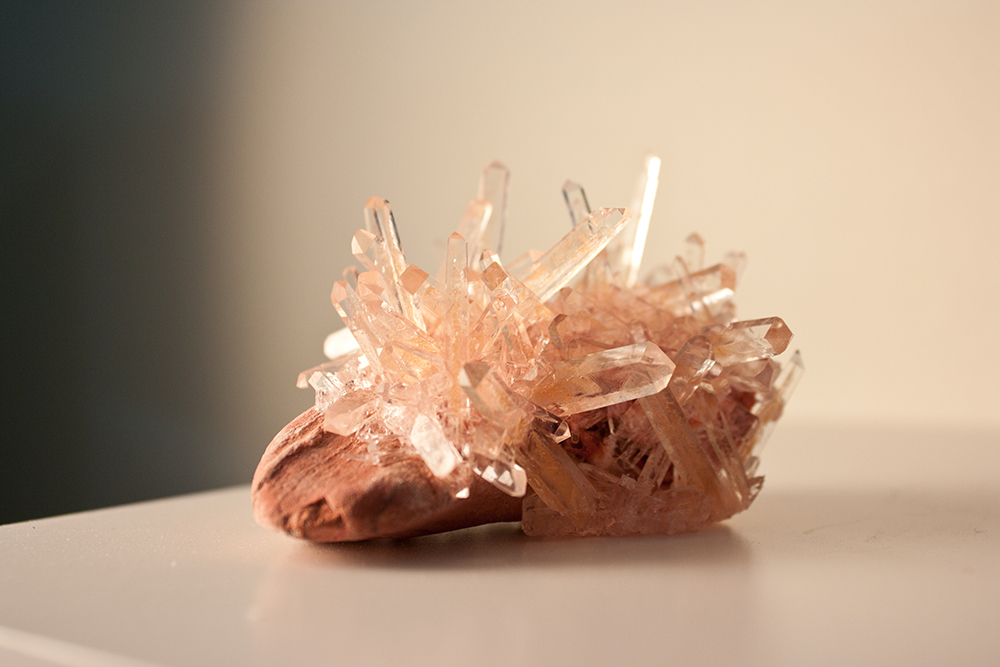 I was also featured in the latest Subtle Technologies Festival. For over 20 years, Subtle Technologies has bridged art science and technology in immersive installations, events and exhibitions annually. I had the opportunity to exhibit my most recent video work and a time based sculpture alongside other like-minded artists at InterAccess for the Festival’s flagship exhibition. I enjoyed presenting some of my most experimental work in a great space and showing alongside other bio-artists and art-sci collaborators through an exhibition that explored issues of sustainability, ecology and alternative means of cultivation. 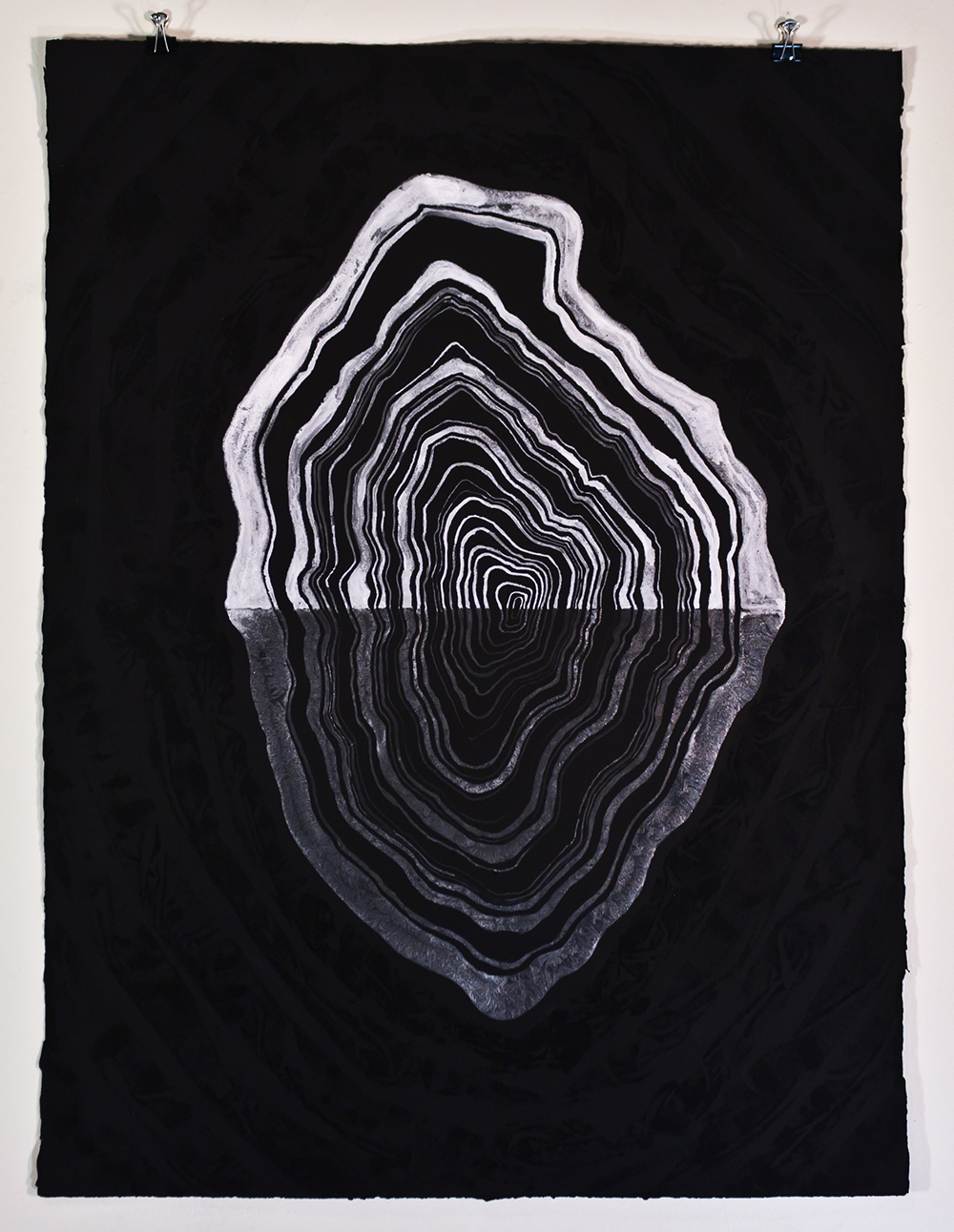 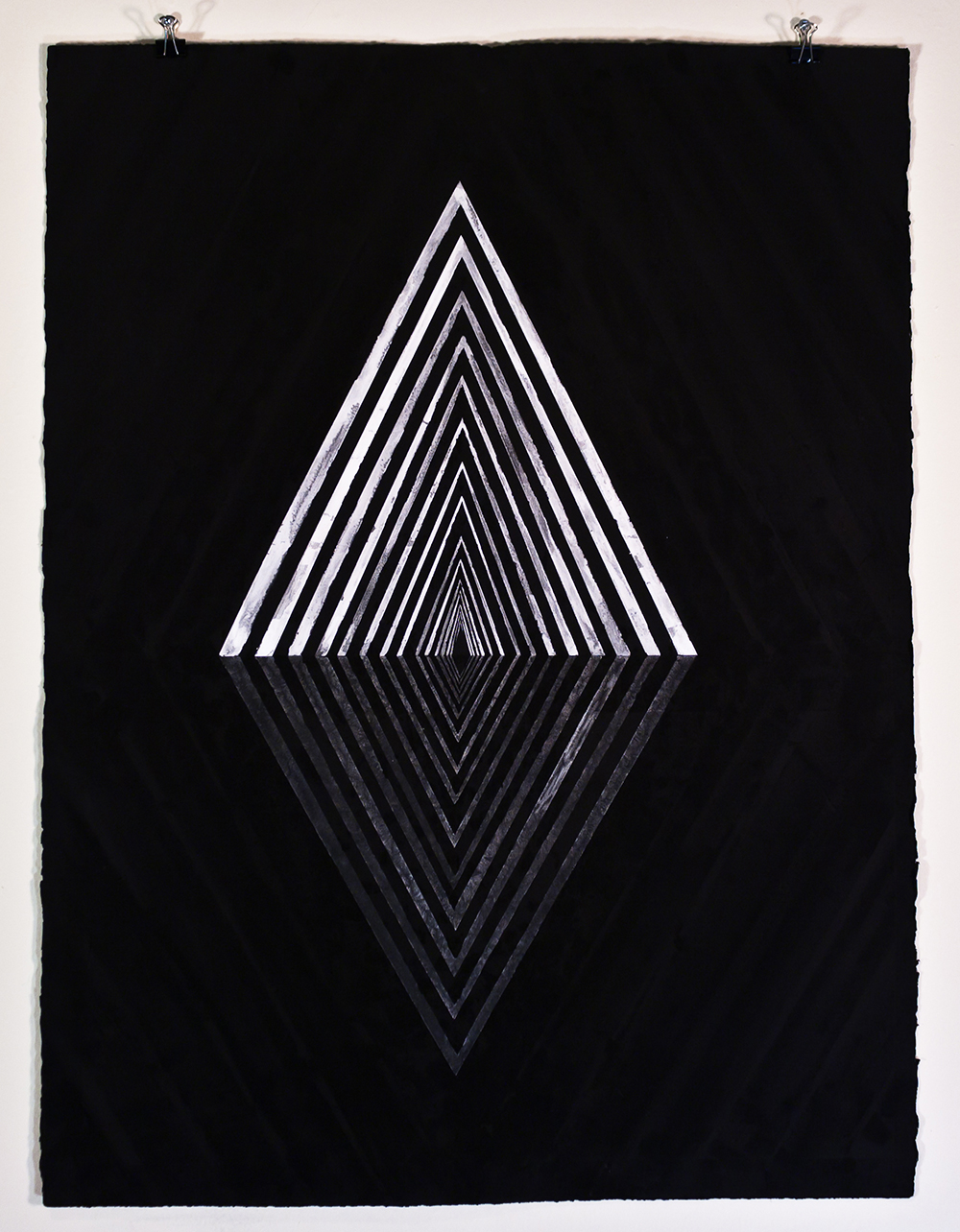