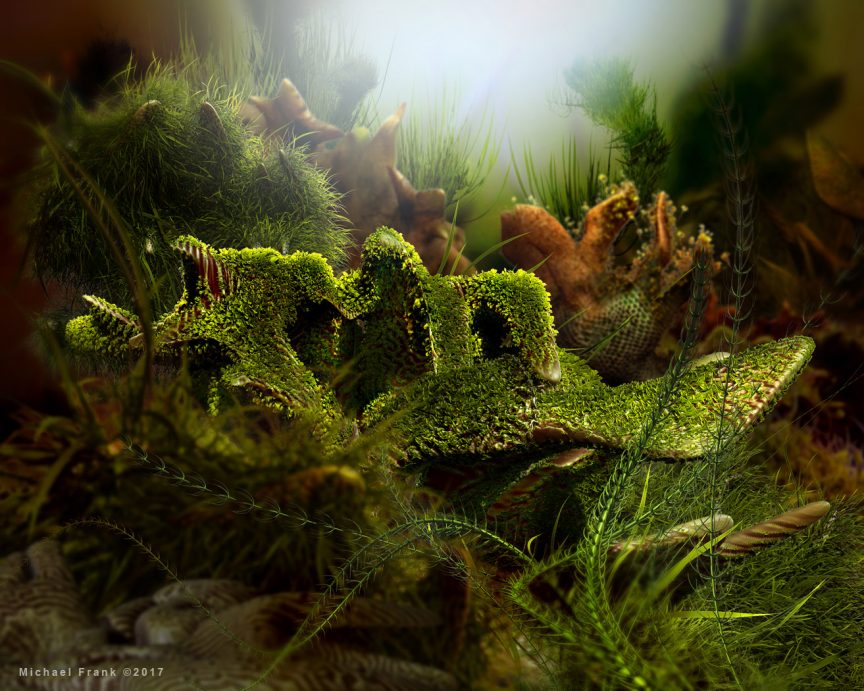 Art came so early in my experience that I feel it predates my earliest memories. Nevertheless, science came soon after, as did many other sources of inspiration for my ongoing artwork. I recall being easily distracted by the natural world and my earliest artworks were the budding developments of an early naturalist documenting uncharted territory for the very first time. I was fond of drawing plants and insects at an early age. My love of drawing and illustration led me to pursue scientific illustration and botany in my college years. 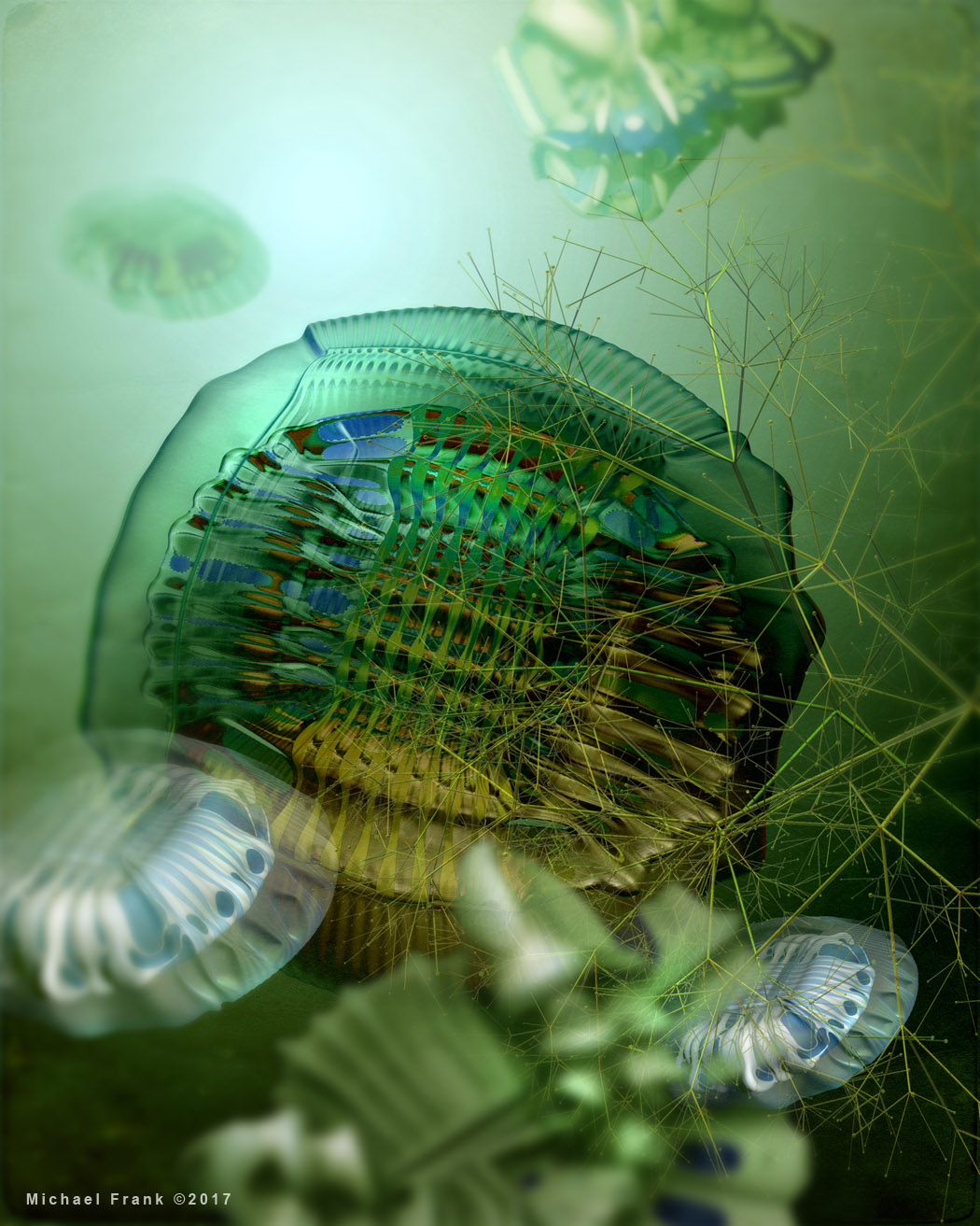 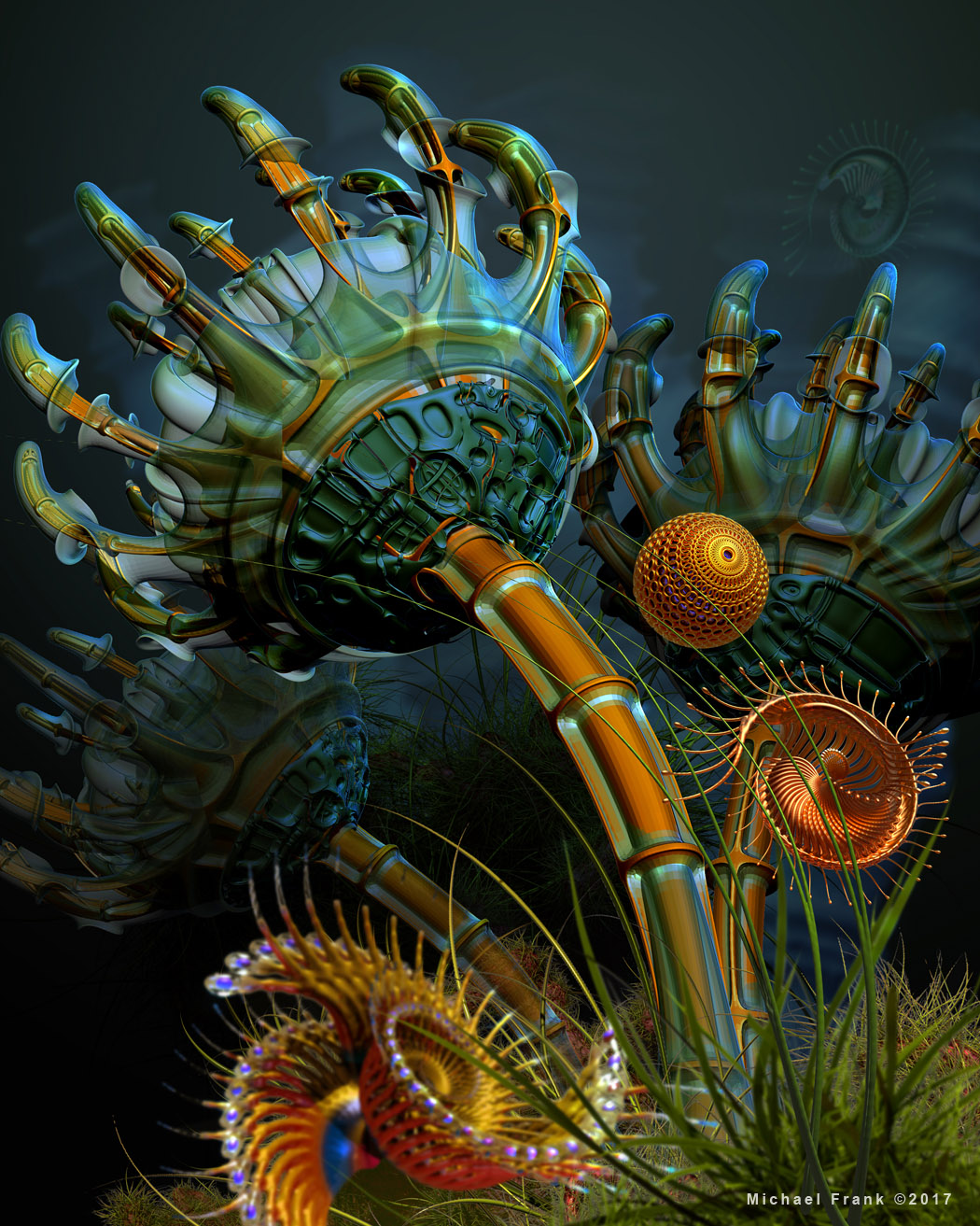 I have a strong background in zoology and botany. When I’m rendering realistic or fanciful depictions of flora and fauna, I constantly fall back on my studies and research. Since all of my artwork involves 3D computer imaging, I rely heavily on organic geometry and algorithms that govern natural branching and growth patterns. My art mimics nature in more ways than one.

My primary workspace is my computer; I use Zbrush for most of my wireframe constructions and Photoshop for post-production. My final output is in printed archival images and 3D printed sculptural works. 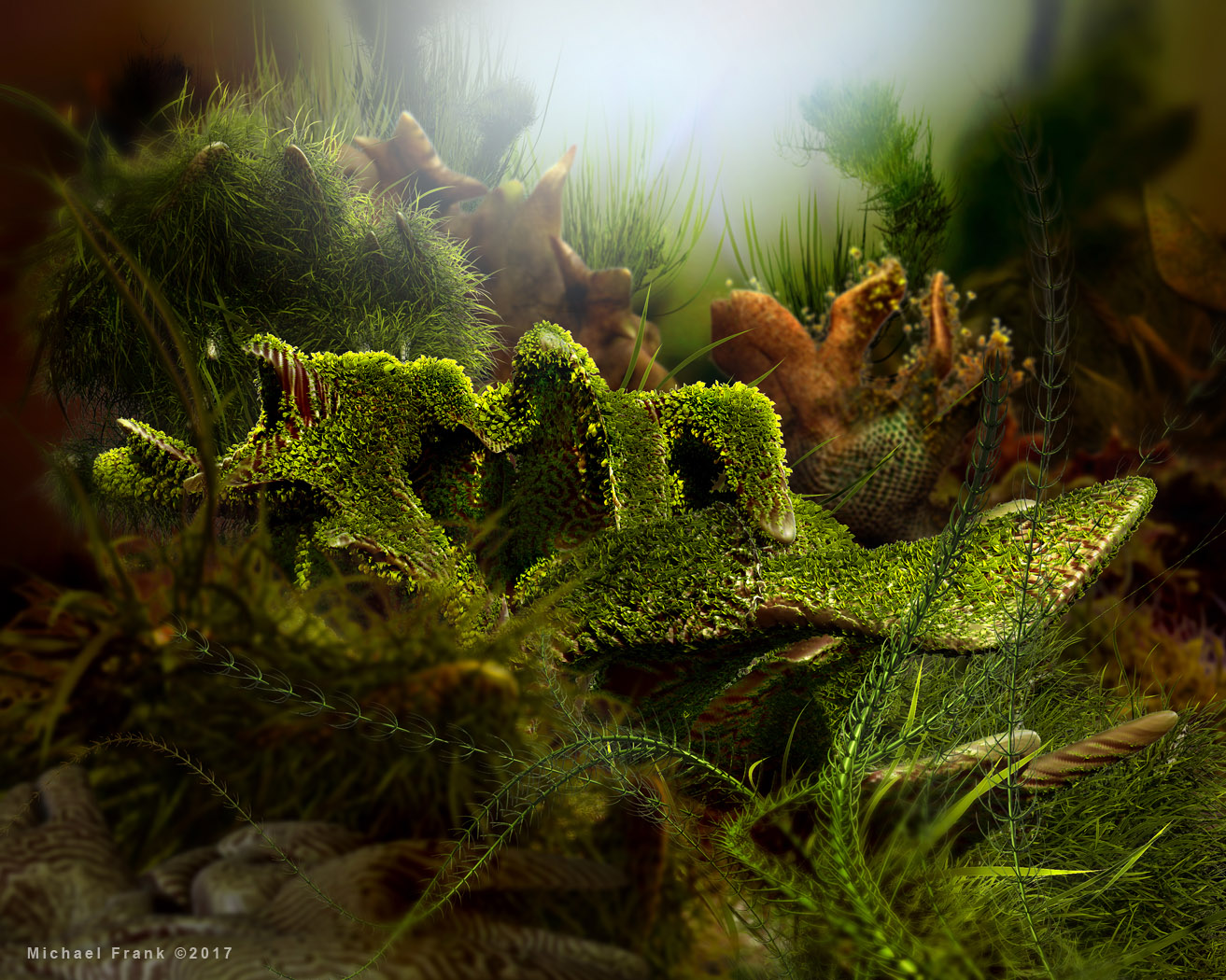 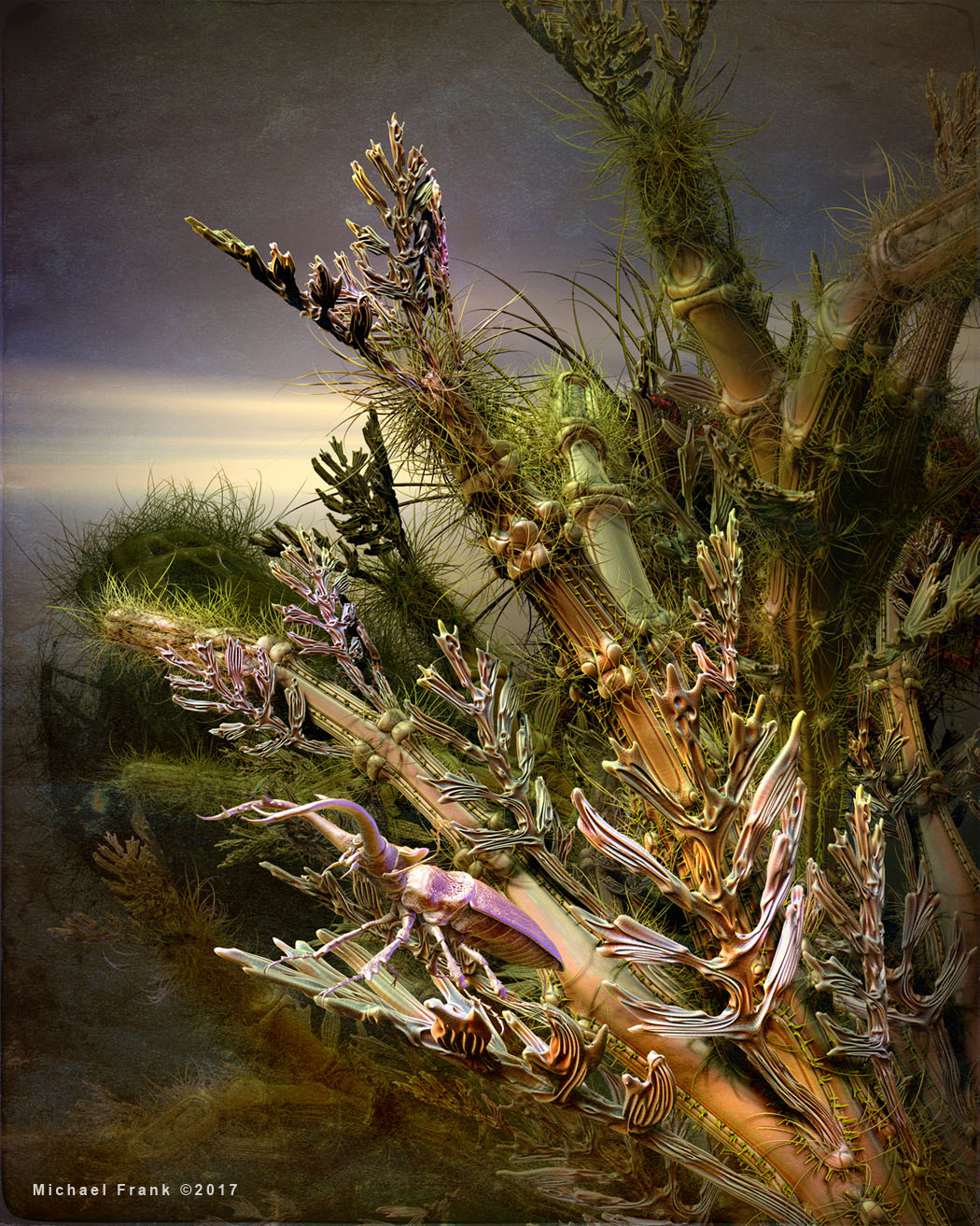 I recently had a solo show of my artwork at the Arts Consortium in Visalia, California, called Vespertine. It was the culmination of a great deal of experimenting with computer-designed images, as well as traditional sculpture. Vespertine presented an opportunity to see large volumes of my work in one space, like one great flowing installation. 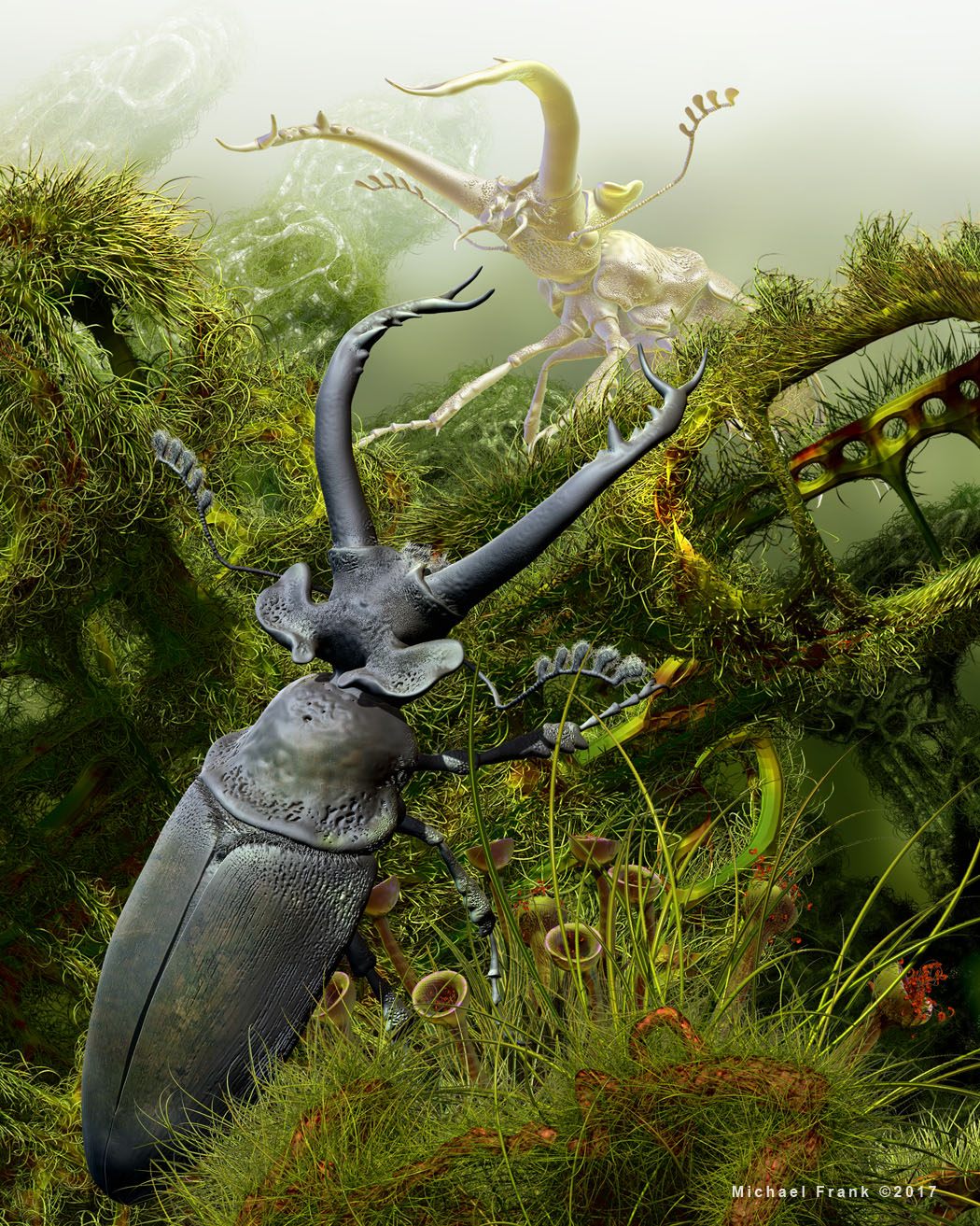 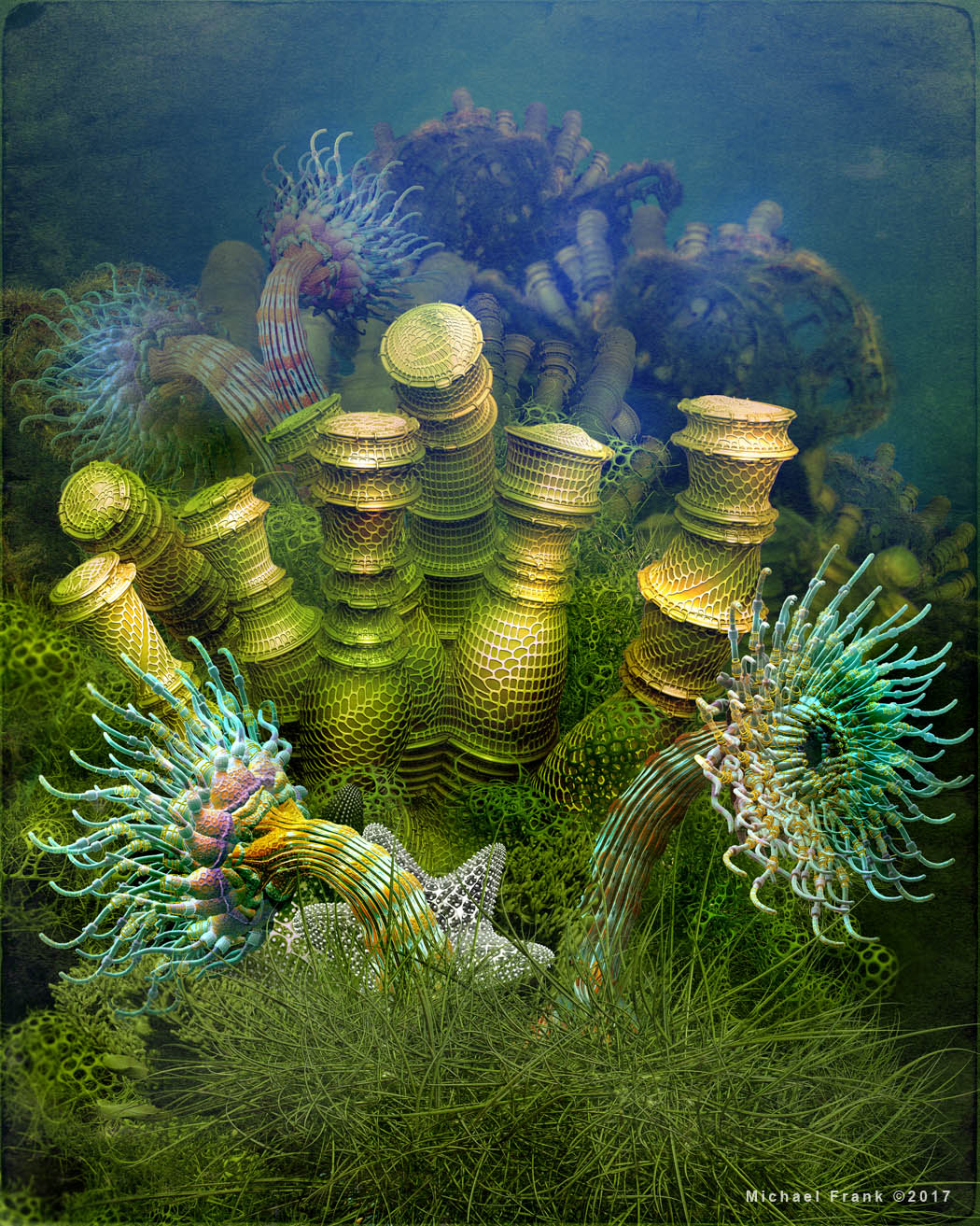 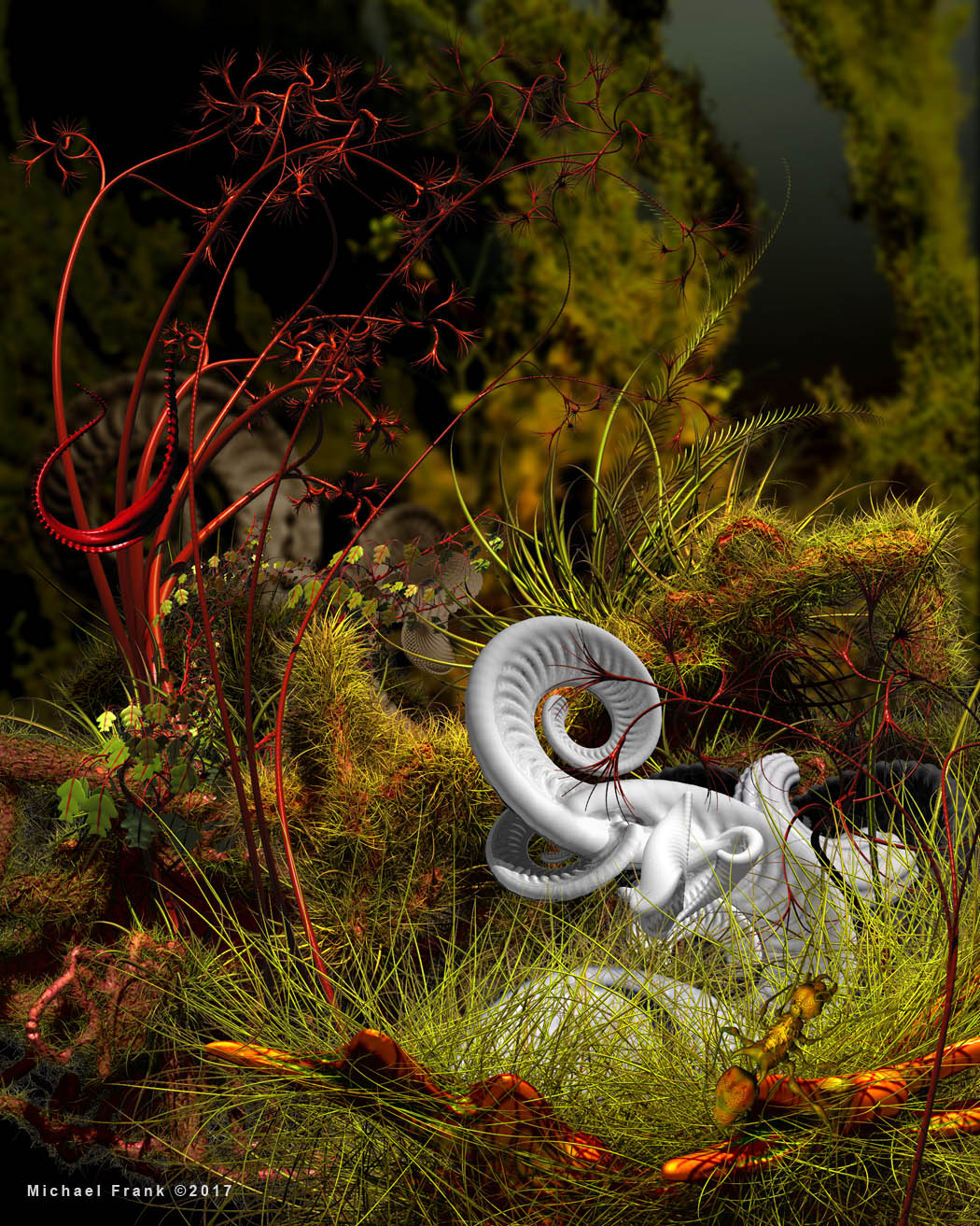 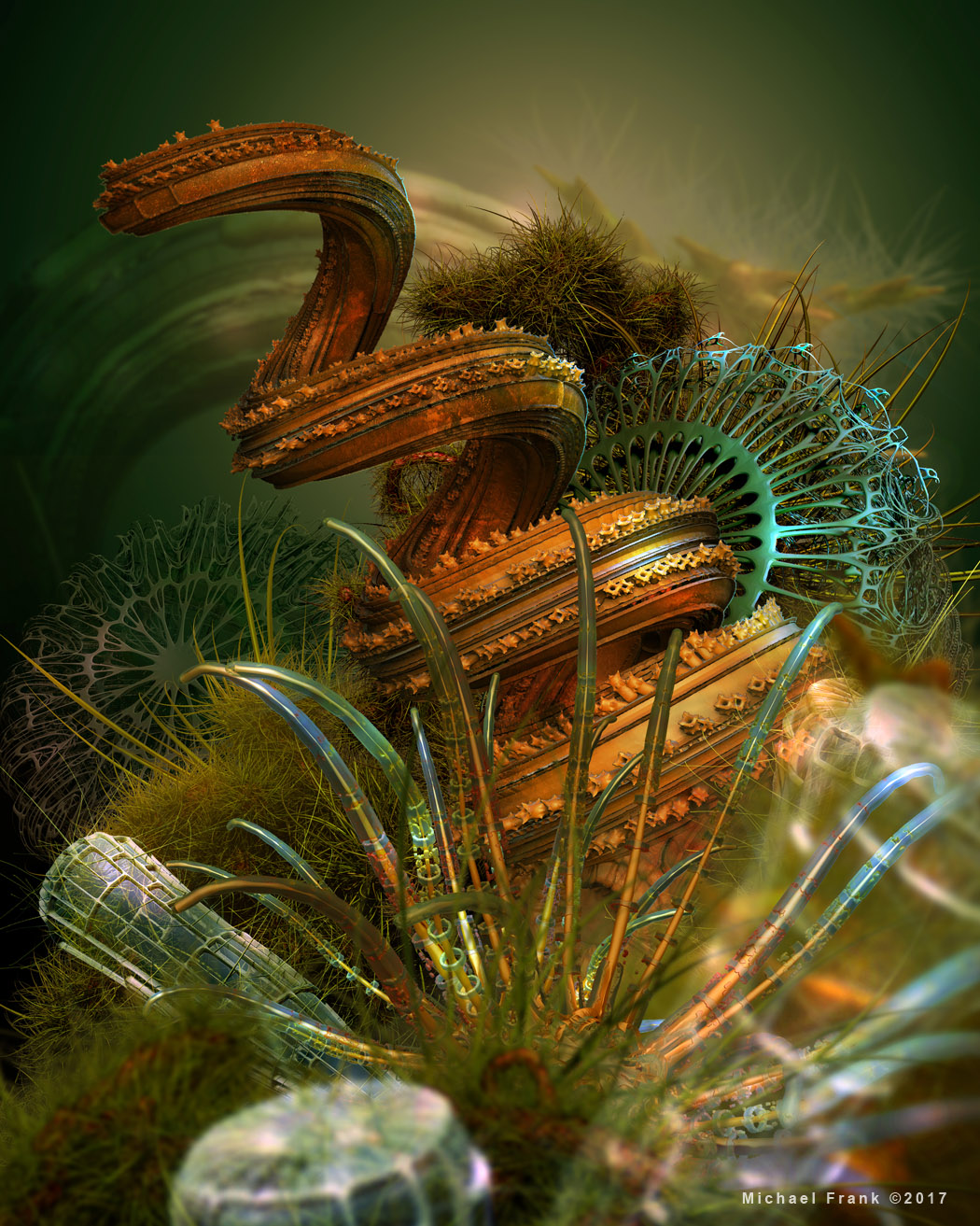 From an early age I’ve been fascinated with and inspired by the 19th century American landscape painters, such as Martin Johnson Heade, and members of the Hudson River School. Early naturalists, such as Ernst Haeckel and J.J. Audubon, also serve as inspiration. I’m currently fascinated with the work of Stephen Wolfram and his writings concerning fractal geometry in nature. 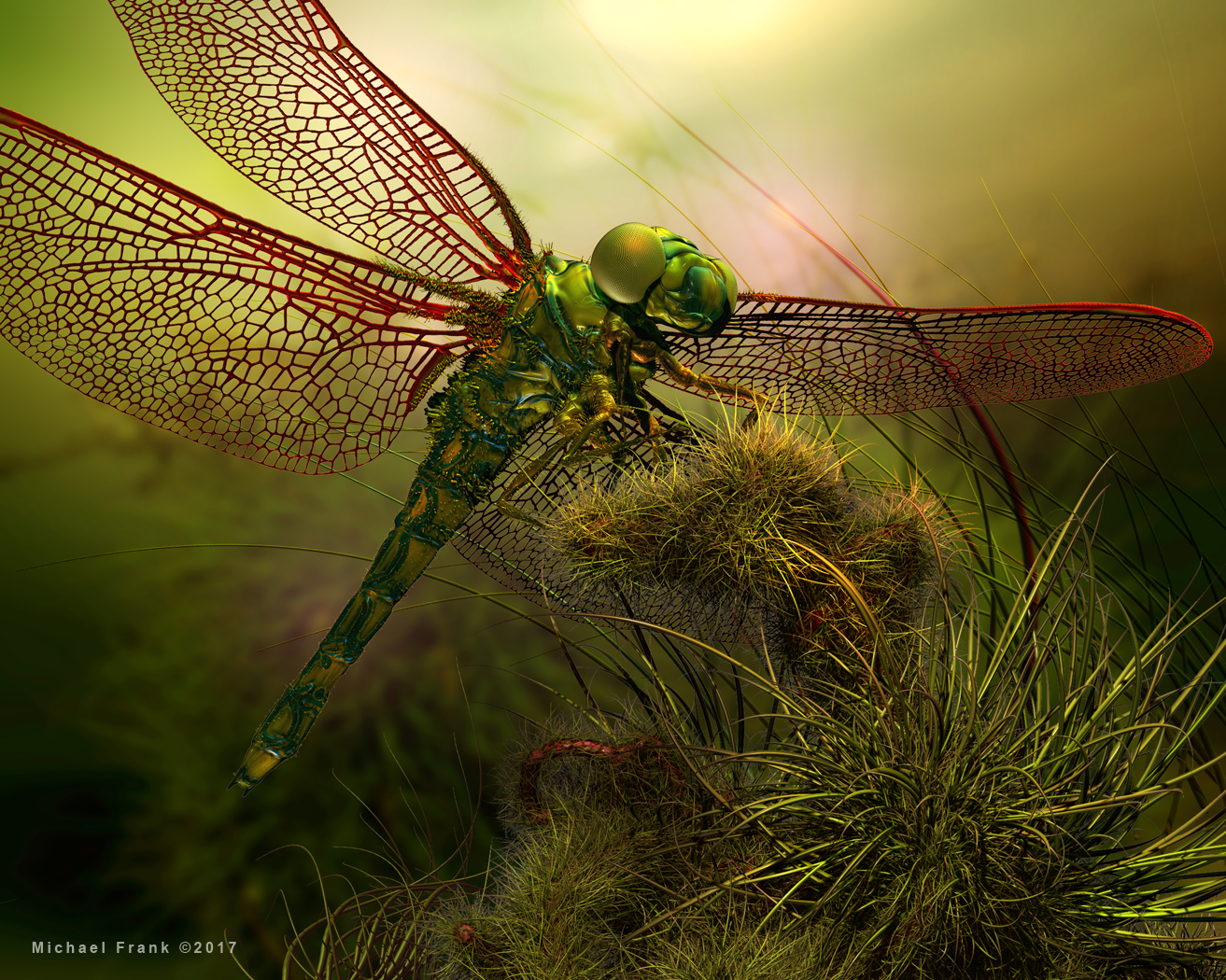 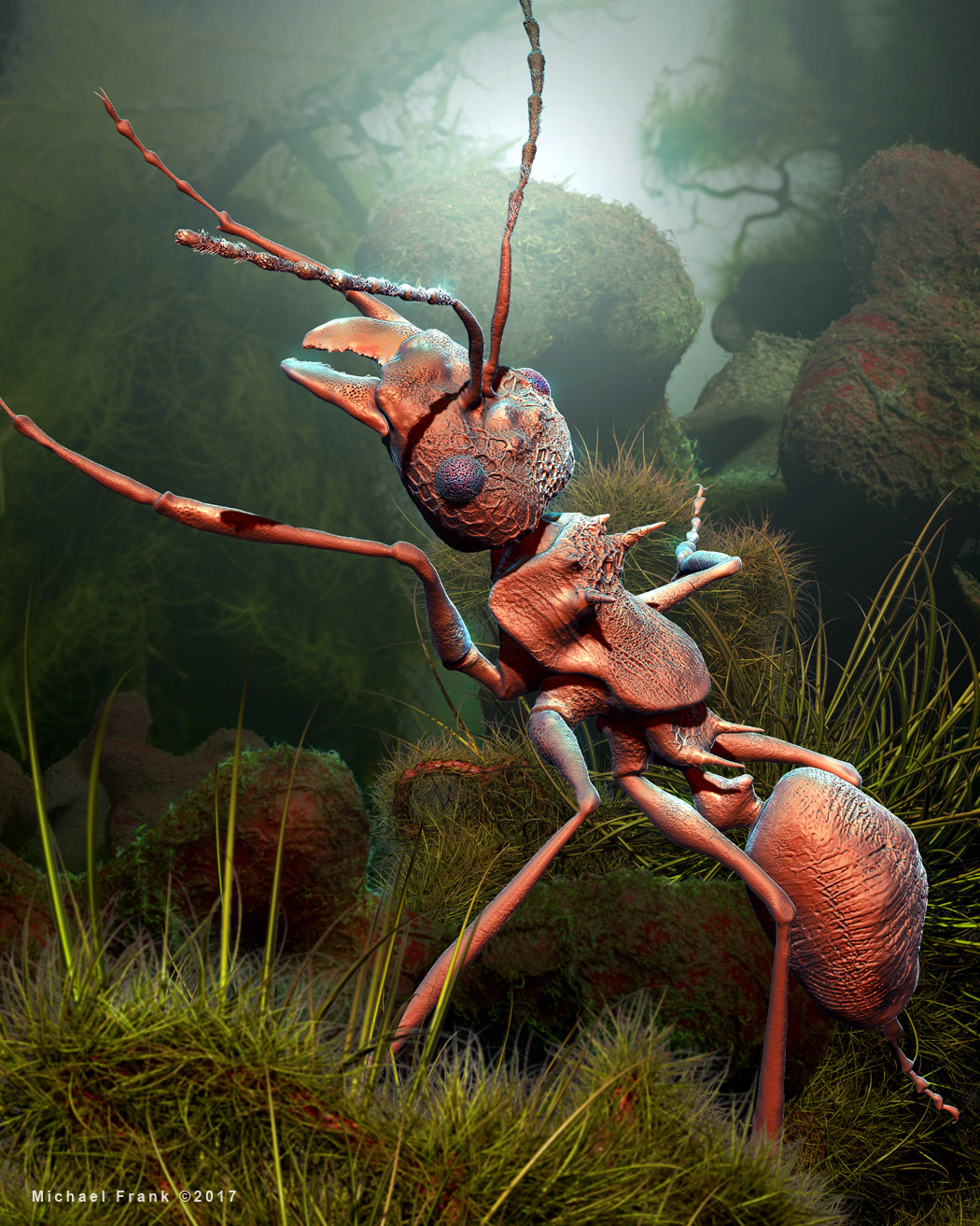 While focusing on realistically depicting the natural world, I also endeavor to recreate an internal landscape, one of dreams and introspection. My images, while realistic, depict an inner reality or alternate space, inhabited by emotion as much as reason.  I invite the viewer to build on that impression as they see fit. These illustrations are stepping stones into an alternate reality; alien, yet simultaneously familiar.