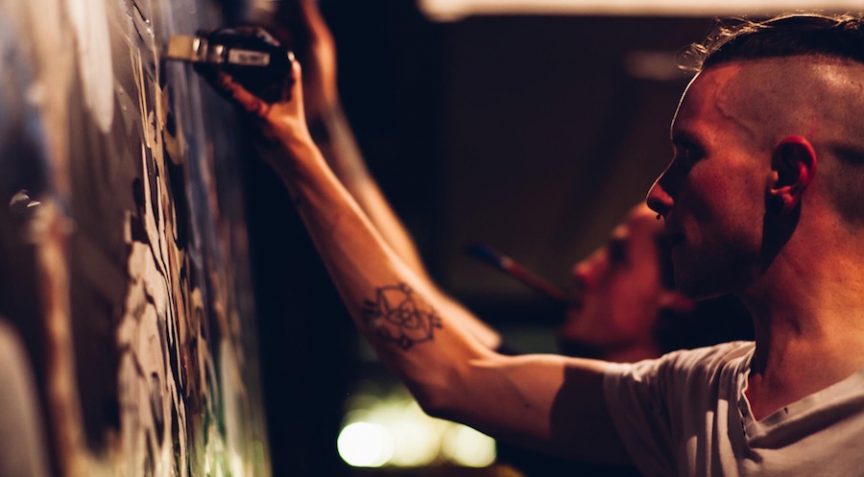 It’s a little hard to say, I’ve loved drawing since I could walk and it’s always been a part of my life in some capacity, but as my love for all things natural deepened, so did my desire to learn all I could about it. It was with that in mind that I started my bachelors in evolution and zoology to understand the biological processes and mechanisms that underly and unify all living things. I would spend my days studying and my nights painting, but it was as I was moving into academic research during my honors thesis that I realized I wanted to take all that I had learned and focus on my art. 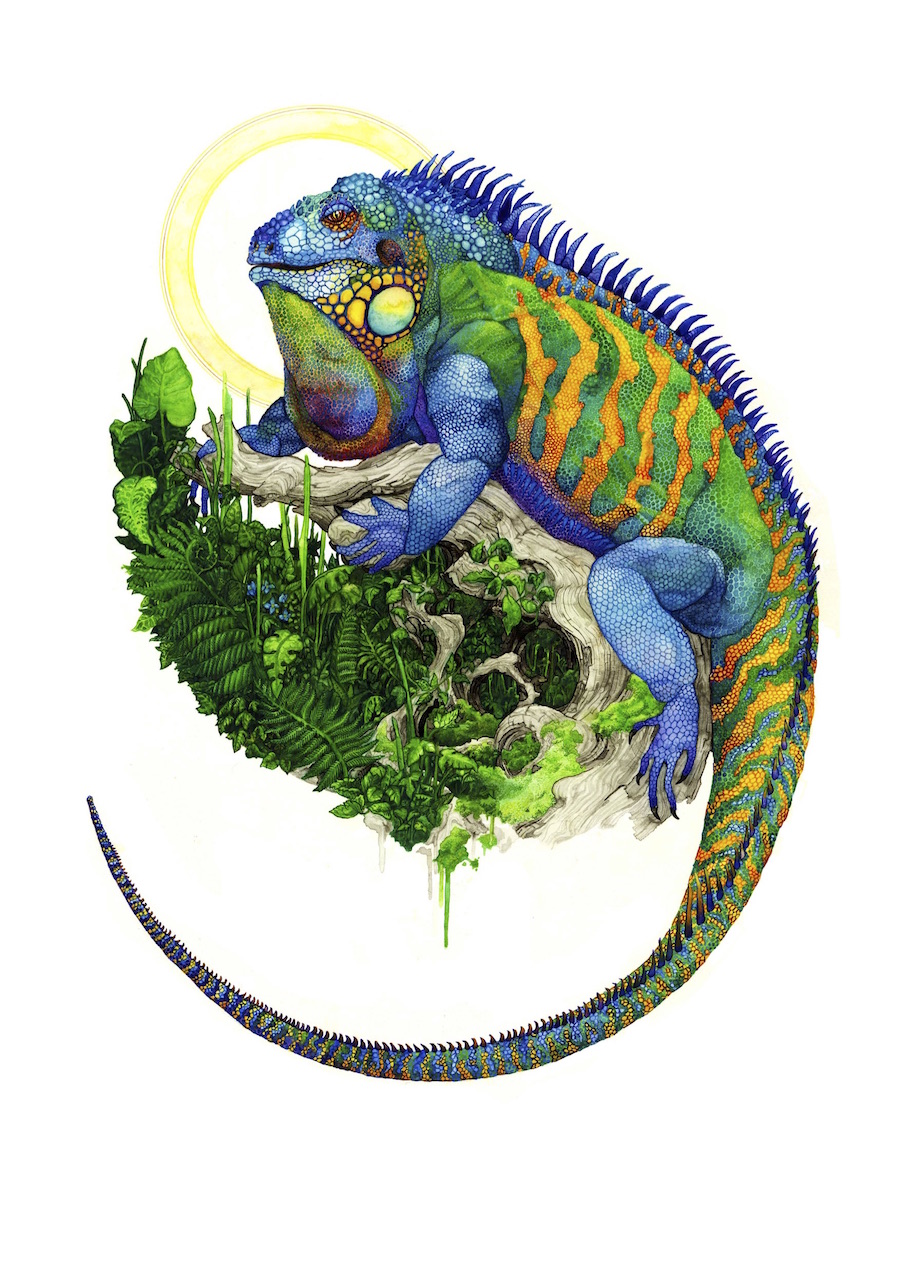 Which sciences relate to your artistic practice?

My works are very much based in all things biology with a particular focus on zoology, botany and anatomy. Some of my favorite artists are the great natural historians like Joseph Banks and Ernst Heckle, other minds who were completely and utterly captivated by the natural world and strived to capture it in all of its fractal beauty and splendor. A lot of my works draw on concepts from evolutionary biology, ecology and behavioral ecology to go beyond just trying to capture an organism but oddities of it’s behavior, morphology, the evolutionary machinations and environmental processes that have shaped it over eons. 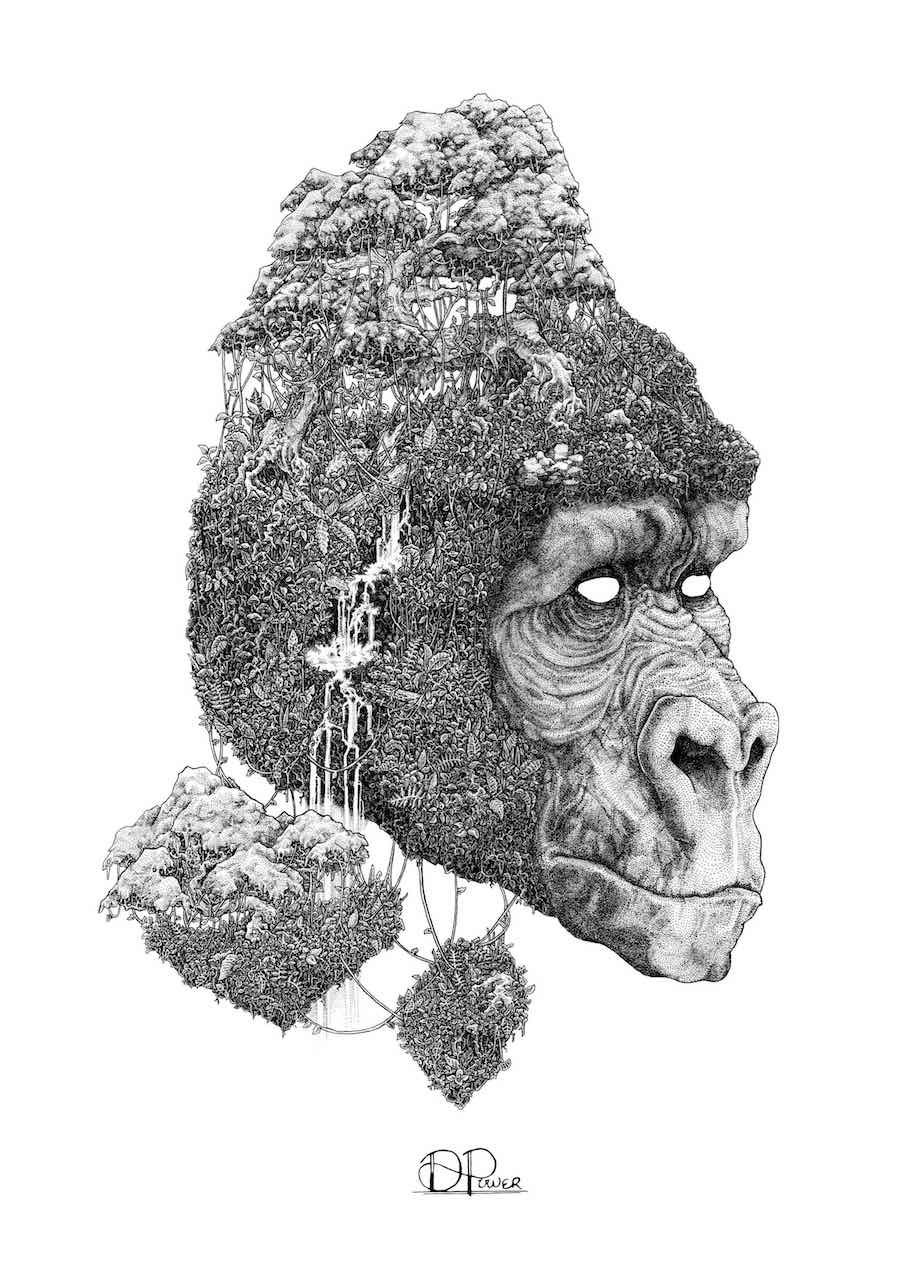 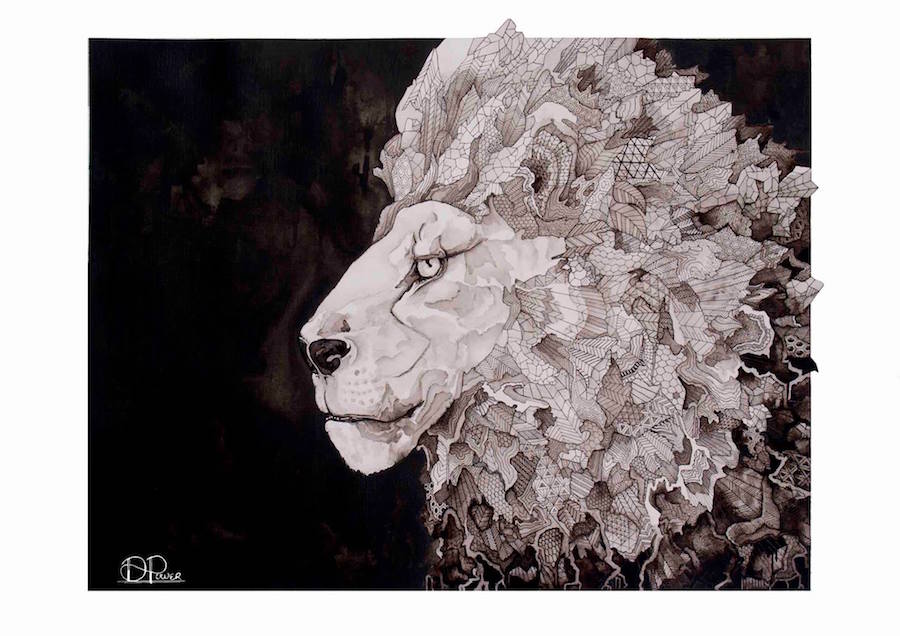 Which materials do you use to create your artworks?

Watercolours, pens and patience. In some ways I’ve always seen my self as a more traditional illustrator, using colour washes, fine brush work and line drawing/stippling techniques on paper but the more time I spend creating, the broader my horizons. I’ve had a couple of forays into street art to create large scale murals which is a lot of fun. I’m also deeply excited by the prospect of getting into tattooing and the ways in which tattoo culture is evolving.

Like all biologists though, I’ve always had “specimens” laying around, plants, flowers, fossils and a particular fondness for dead things, dead insects, spider molts and skulls. It was only recently that I started drawing on bone, then I found myself in the possession of a bull skull and one thing led to another. 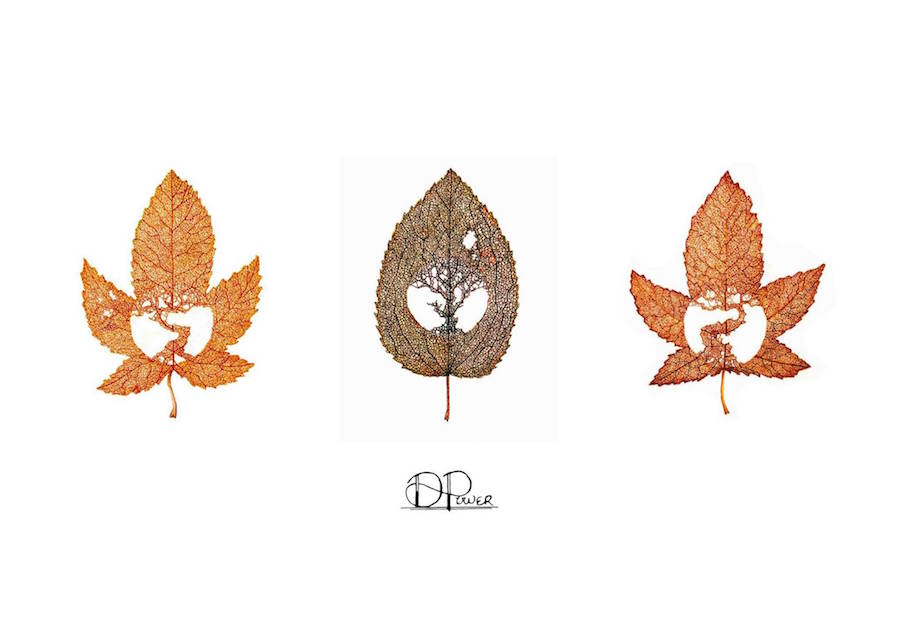 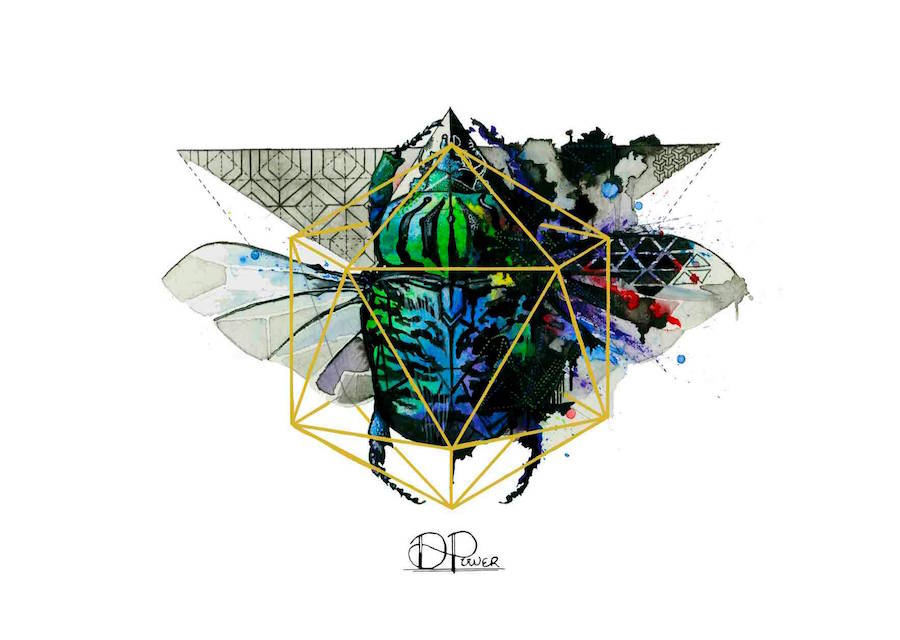 Having been awarded the Waterhouse Natural Science Illustration Prize for emerging artists, my piece G[RAZED] stands as a pretty huge milestone as an artist. I think the works I’m most proud of are those that capture the intricate detail of nature, those where I get to whiteness people sharing my child-like wonder in nature. Gorila beringi is definitely one of my favorites, not only is it a lot of fun getting tangled in the detail, but it also conveys a strong message about habitat loss and fragmentation and the precarious, isolated place it leaves highland gorilla populations. 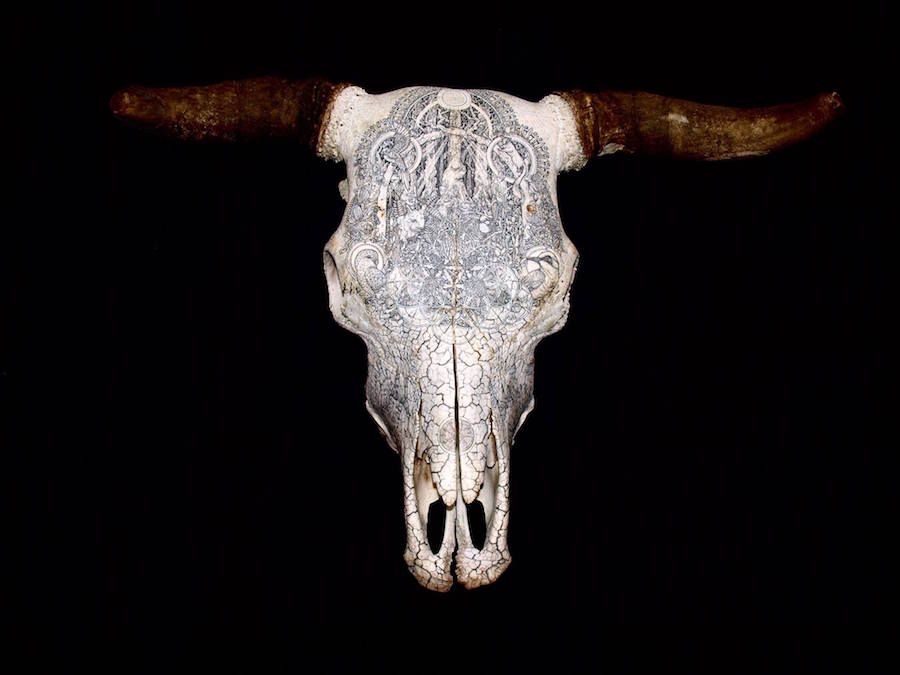 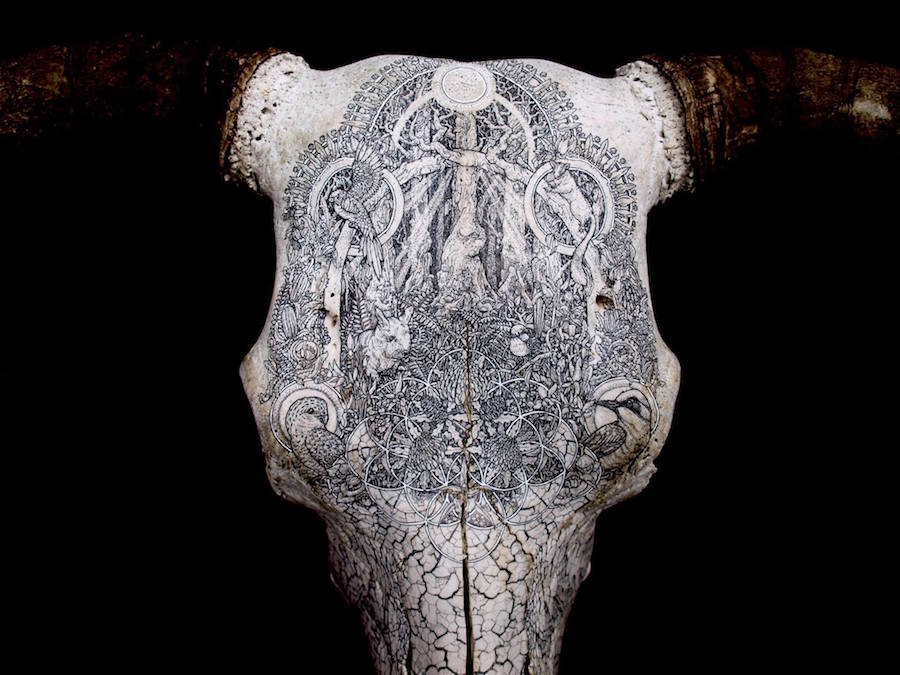 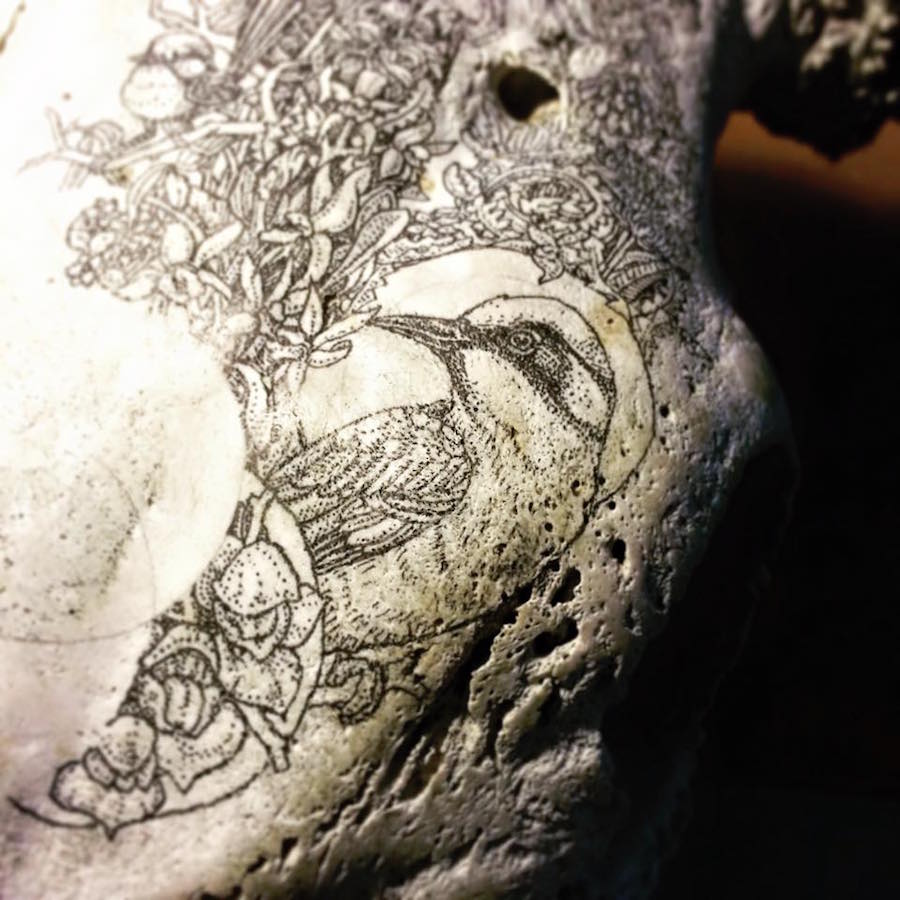 Fortunately, if my goal as an artist is to illustrate everything in nature, I’ll die long before I run out of inspiration.