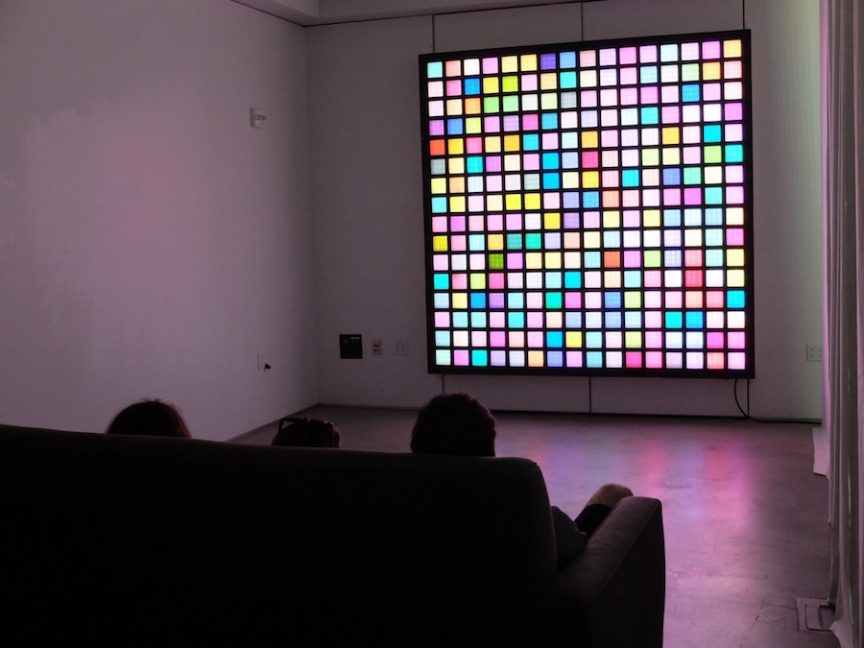 I think science came first but I was always using technology to artistic ends. It’s hard to say which came first because I think they both really kicked in when I was about seven years old, when I started building electronics and got my first computer. Formally, I focused first on science with my undergrad and PhD studies in theoretical physics but after spending 15 years or so as a science communicator and journalist, I’ve just moved to art fulltime and have just completed my Master of Fine Arts degree in Digital Arts and New Media. 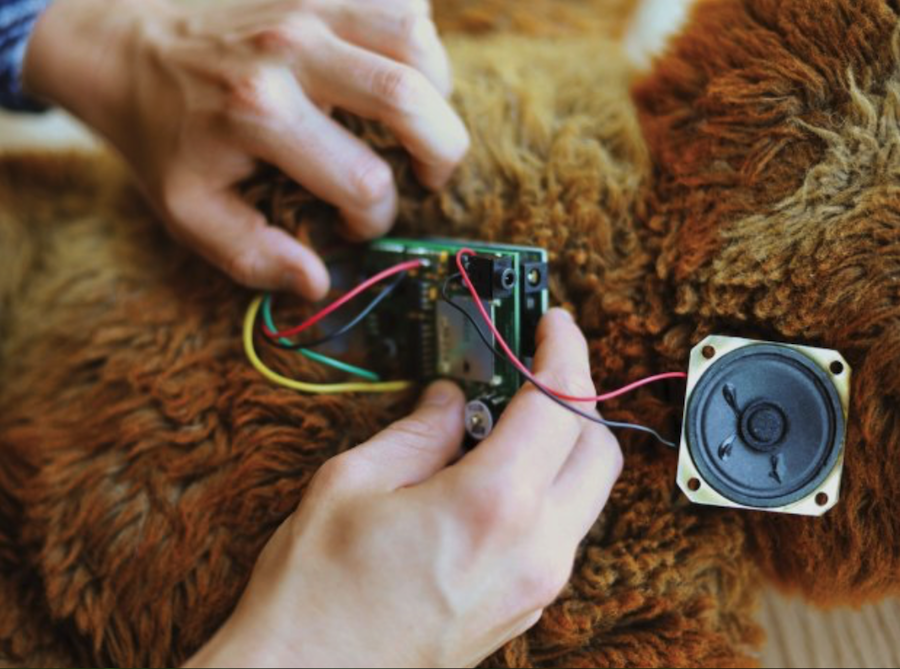 Charlie Bear: This RFID-enabled teddy bear allows my nephew with cerebral palsy to interact with his toys and other objects in his life through sound and touch.

I primarily draw on physical sciences but I don’t really make art ABOUT science, as such. It’s just that my background in science makes my life, and therefore my art, infused with science. So really, I have all kinds of science in what I do, but particularly the scientific process sitting behind it all. I’m also interested in critically questioning the processes of science and technology even though I’m a huge fan of what science enables in the world. 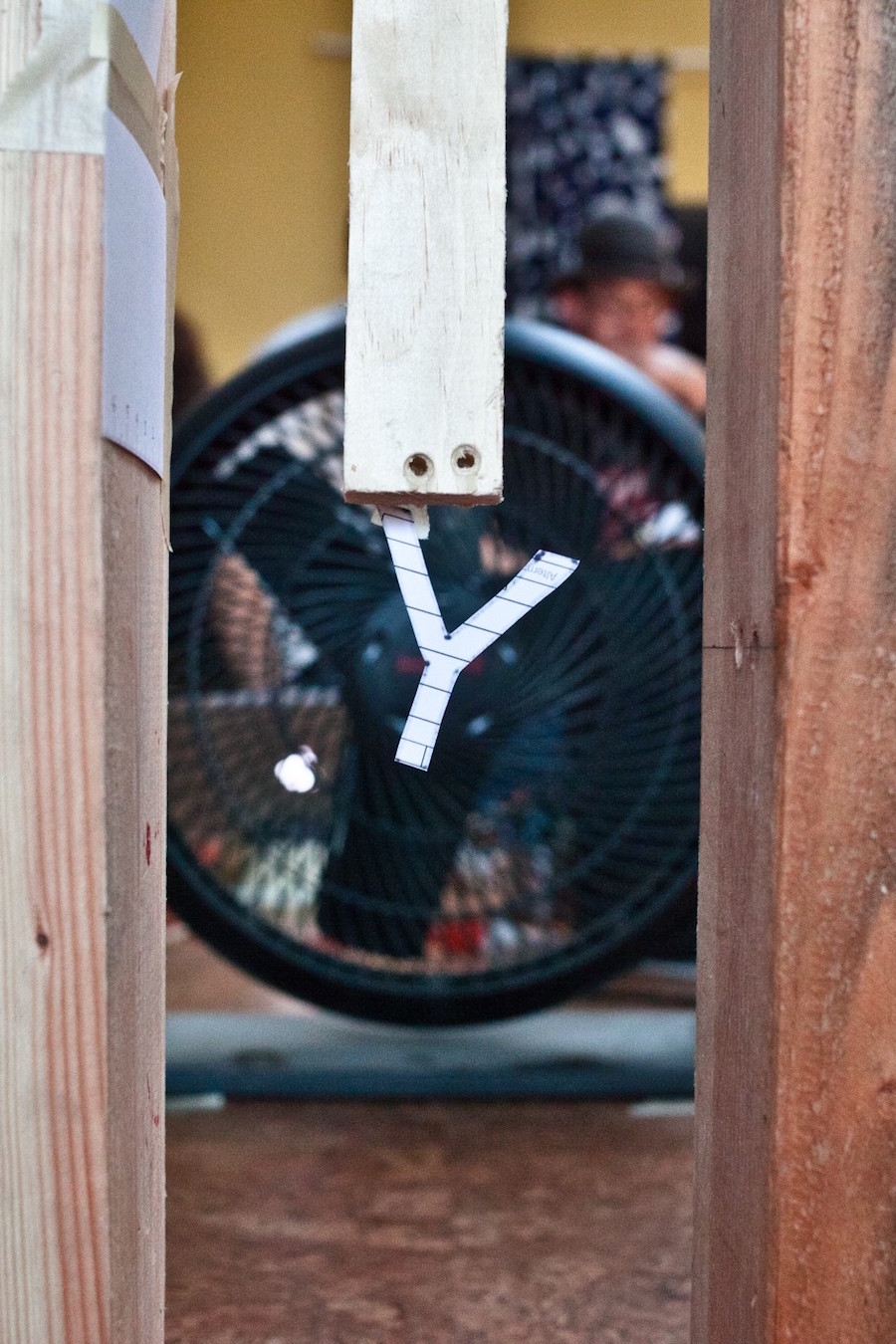 This typeface was created as a Science Hack Day project in 2011 and is based on creating letters based on their aerodynamic drag, which I measured in a makeshift wind tunnel that I built. 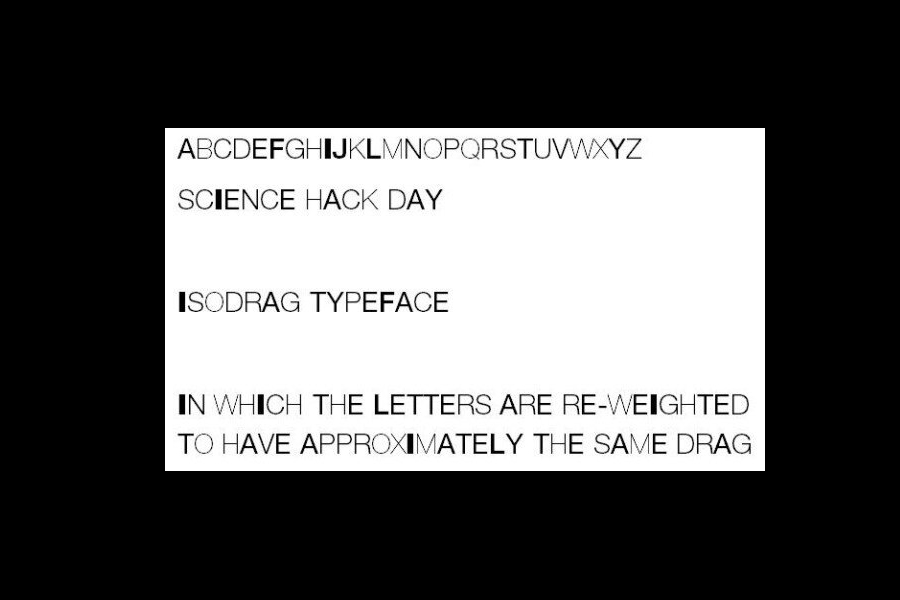 I don’t work in a fixed medium, although I tend to make a fair bit of embedded electronics new media art, typically involving light and sound. But some of my work is purely digital, and some of it is text-based and uses nothing more technological than pen and paper or rubber stamps. 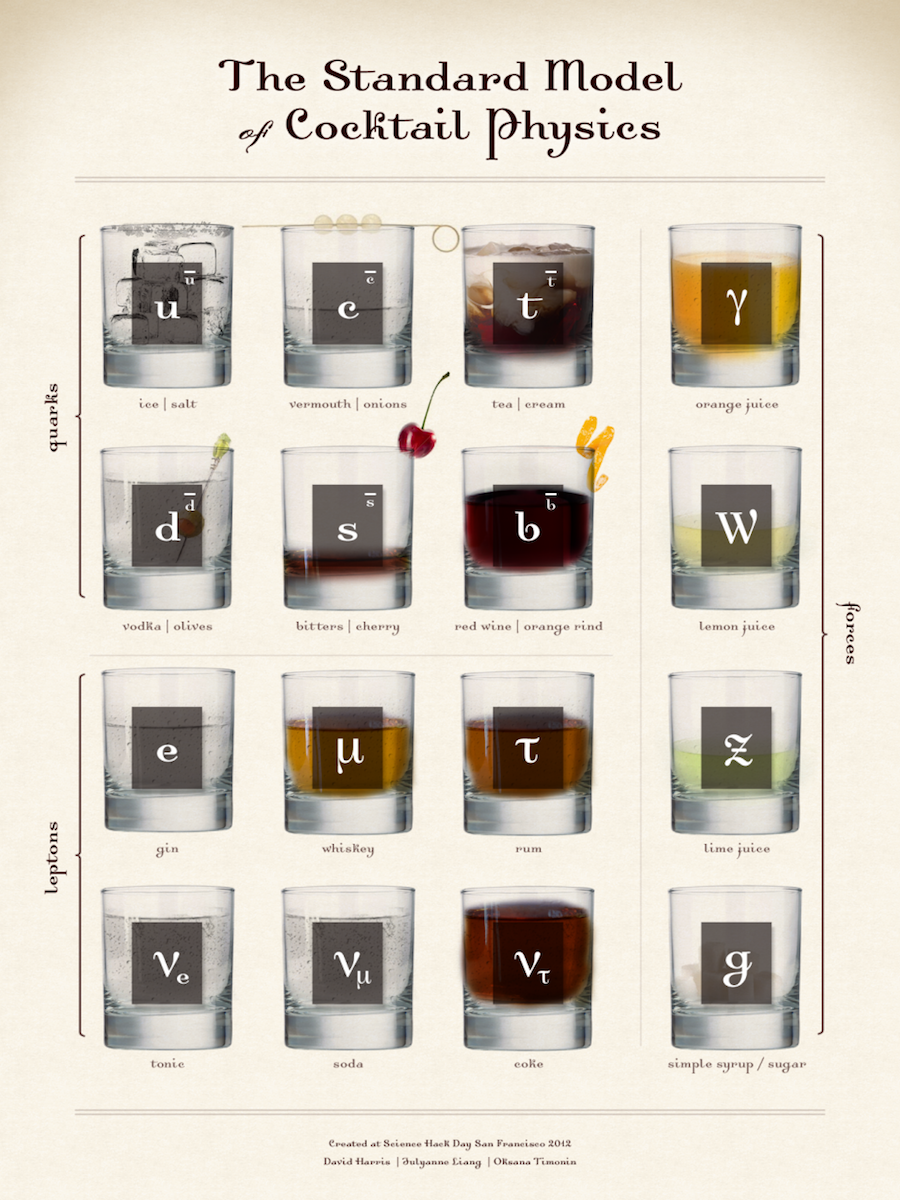 The Standard Model of Cocktail Physics re-interprets the Standard Model of Particle Physics by assigning each fundamental particle in the universe, such as electrons, quarks, and neutrinos, to a cocktail ingredient. Then, the composite particles such as protons, neutrons, and all the mesons and baryons, and all particle interactions, including Higgs boson decay, give a corresponding recipe for a cocktail.

At the moment “Edges of Color”, my MFA thesis piece, which has been loaned by the University of California, Santa Cruz, for the next year, is my favorite work. It is a study of what can be done with color light presentation, in contrast with color in print. It is built as a set of programmed pieces on a hardware platform with the whole process also commenting on the nature of creativity and innovation in a Silicon Valley environment where I currently live. It tries to situate itself in a lineage of color and light art and directly references the works of artists like Gerhard Richter, Damien Hirst, Jason Salavon, Jim Campbell, and others. 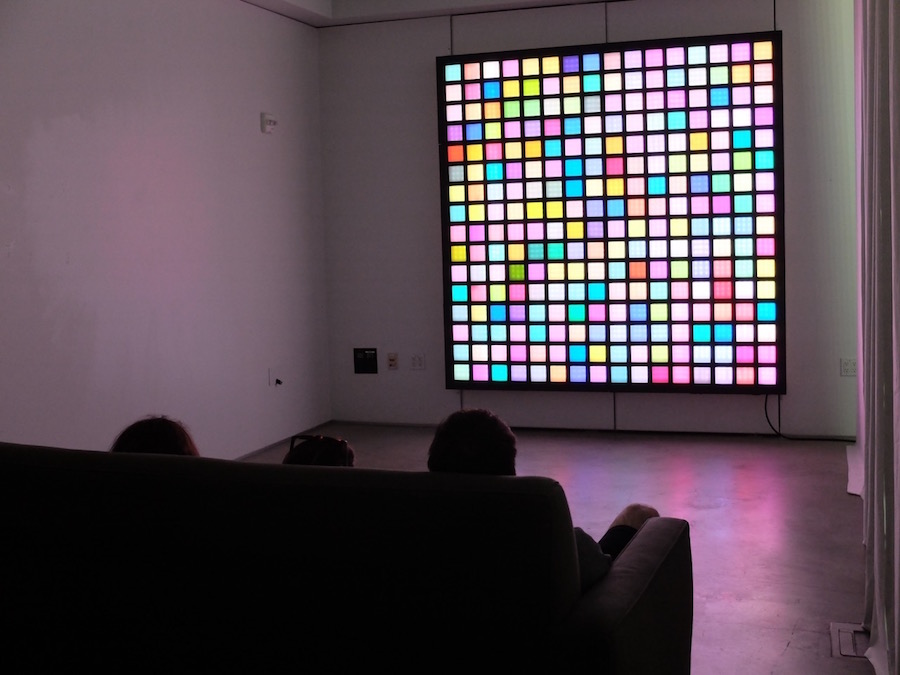 Audience members soak up the color environments created by “Edges of Color” at Harris’ MFA show in April 2016.

As I look back over my body of work, I find it hard to detect particularly consistent themes that emerge except that science clearly infuses what I make. It also seems that I like to make work that speaks to previous art and design but in an updated, contemporary way. I think one of the reasons why science art is often pushed aside by the conventional contemporary art world is that it often fails to connect with the deep history of art. That makes it easier to put neglected in a corner. That’s not to say we shouldn’t be doing innovative things in science art, it’s just that we need to be cognizant of what has gone before and understand what we do in historical terms as well as in creative terms. 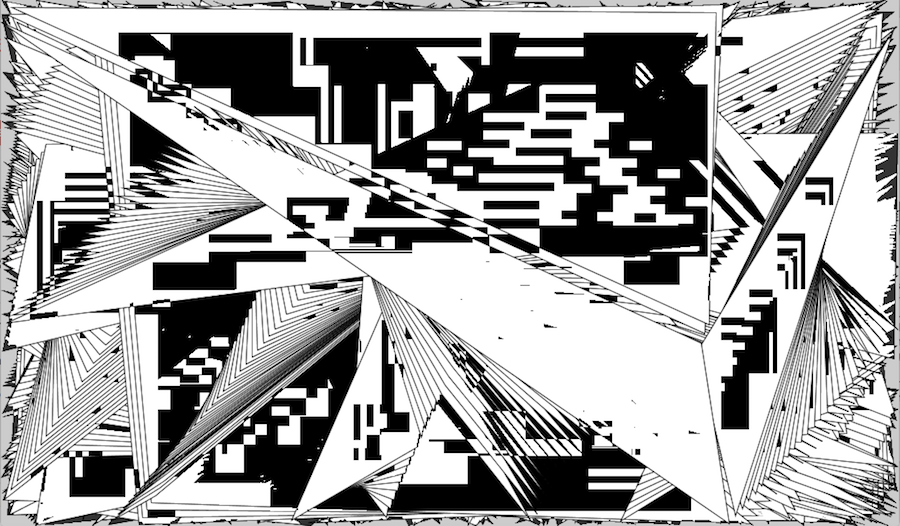 This animation based on the classic problem of mechanics, the three body problem, references both op-art and glitch art in its execution.