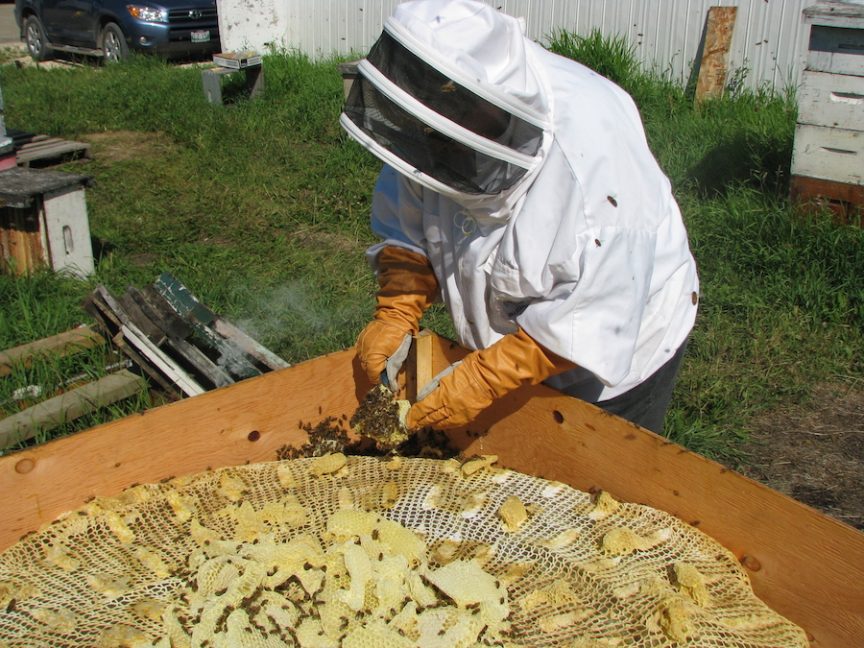 Art came first. I began taking general art related courses at the Art Centre in Prince Albert, Saskatchewan, Canada where we lived from 1972 – 1976. During those years, I took drawing, life drawing, art history and art  criticism classes taught by professor George Glenn at the Prince Albert College, Canada. George Glenn became my full time mentor as we also shared studio with a few other artists, circa 1975-76. Then my family and I moved back to Winnipeg, where I rented a downtown Winnipeg loft studio (that I still work in today) to continue my art practice. I received my first Canada Council Art Explorations grant funded by The Canada Council for the Arts, Ottawa, circa 1979. The funding was for a year’s work exploring felting sheep’s fleece as an art form.  Following that year I have been generously funded by The Manitoba Arts Council, the Winnipeg Arts Council and The Canada Council for the Arts. Biology and Entomology are related to my art practice. As are environmental issues, focusing on the disappearance of honeybees and how their CC (colony collapse) disease/disappearance is related to all life on earth. 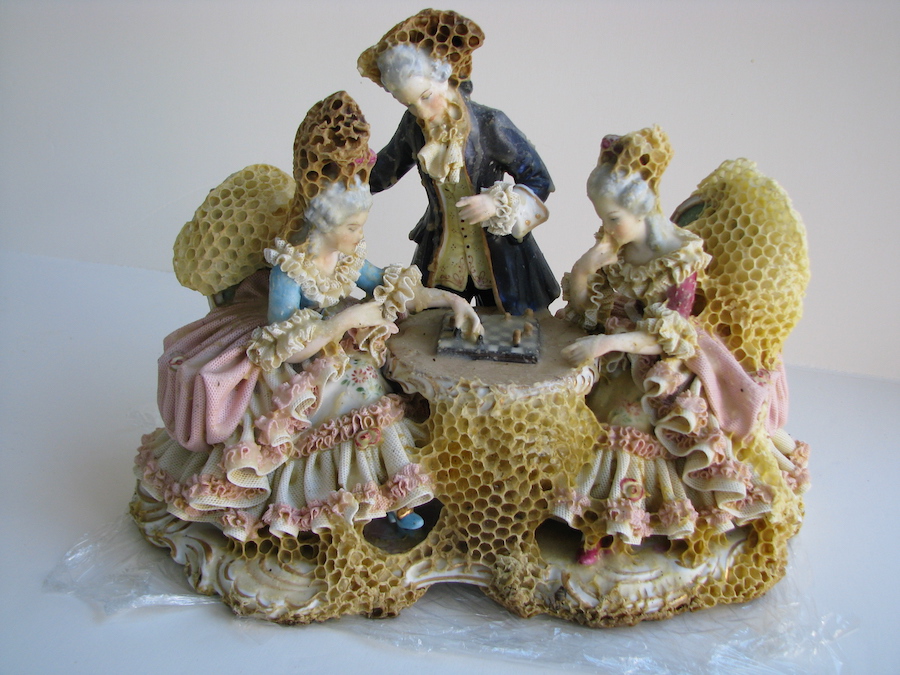 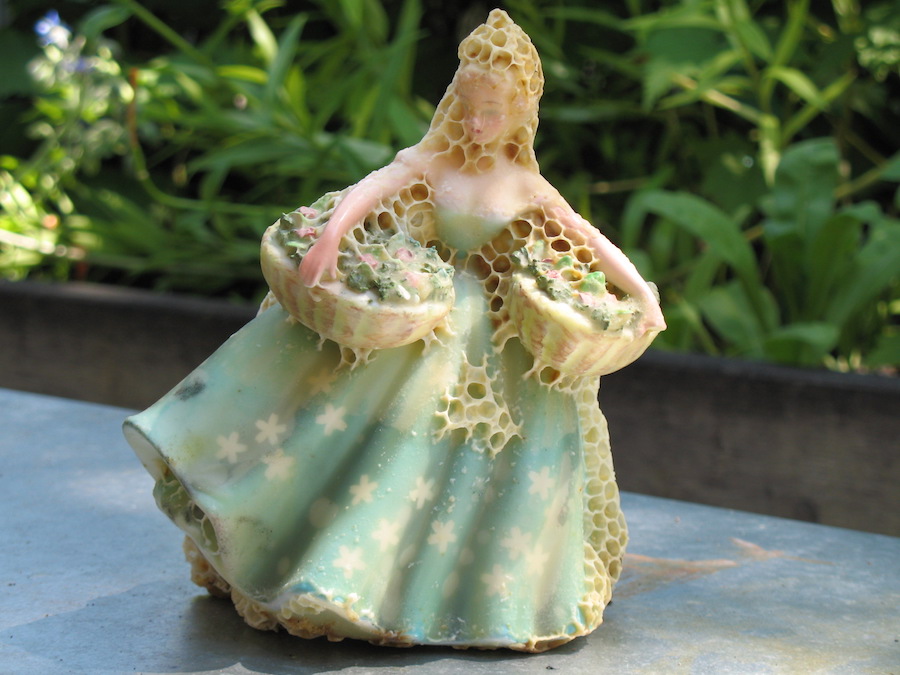 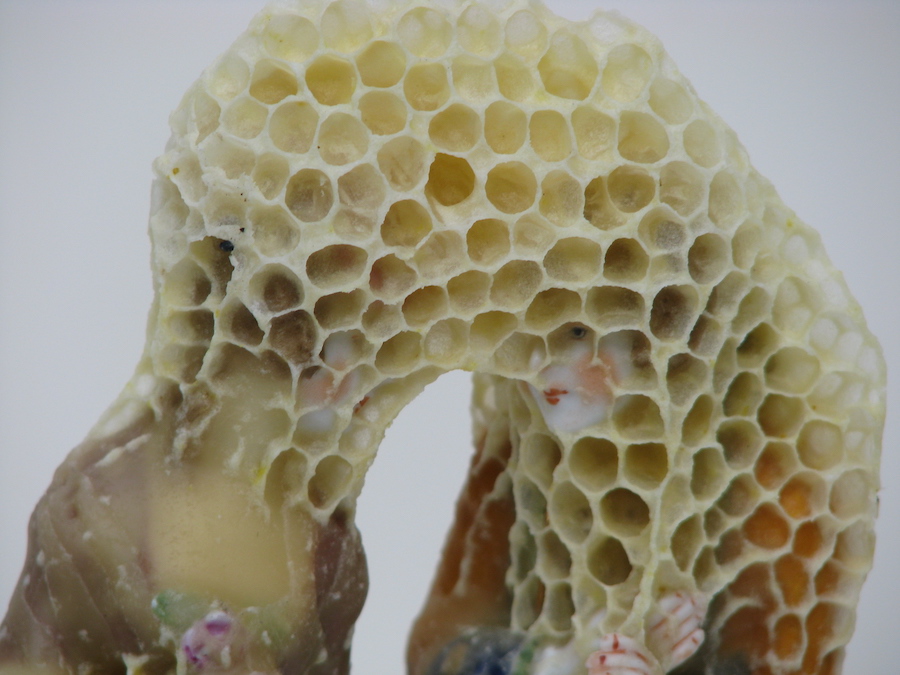 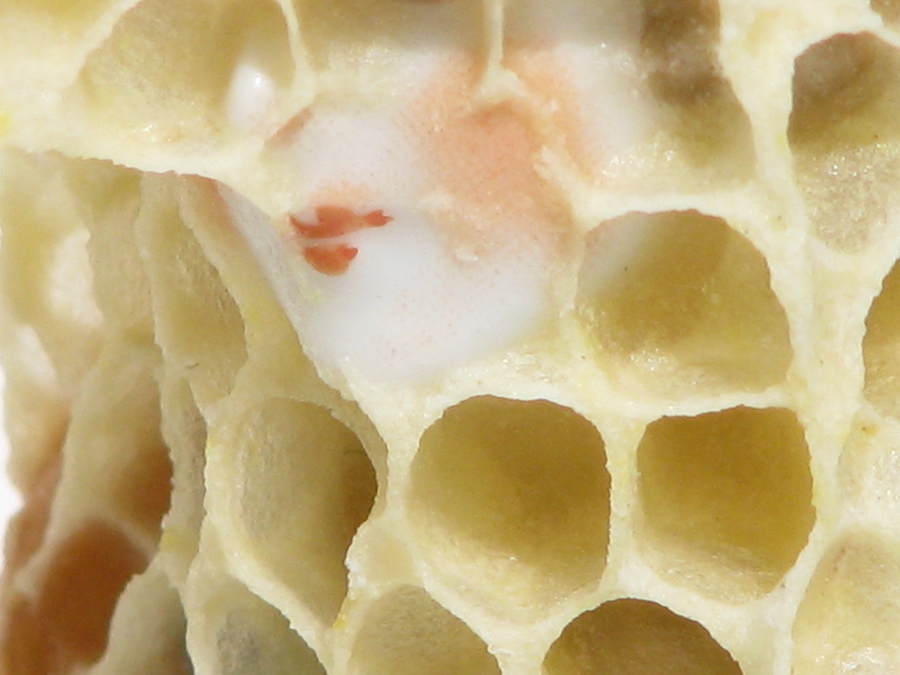 Dr. Mark Winston, world renowned bee scientist of Simon Fraser University via Don Dixon, head apiarist, University of Manitoba, came to my studio during my first years working with honeybees. Shortly after their visit I requested a week in Dr. Winston’s bee lab at his Simon Fraser University bee lab. Dr. Winston agreed to give me this amazing ‘bee lab’ adventure. Mark gave me full reign in his lab, looking through the powerful microscopes, following his students around their stations. His assistant Heather Higo was very instrumental in teaching me much about honeybees and their beeswax.  It was all about honeybees for 5 solid, amazing days of learning so much about honeybees.  To this day Mark and I communicate re honeybees. Mark has written many books, the latest published, is titled: BEE TIME. for which he received a Governor Generals Award for Literature, from the Canada Council for the Arts, 2016. He has included my work with the honeybees in several of his books and talks.  Mark and I gave a combined talk re honeybees at the Winnipeg Art Gallery, Winnipeg Manitoba, Canada this past spring.

Dr. Stephen Pernal, Beaverlodge Bee lab (in northern Alberta, Canada) Bearerlodge, Alberta, Canada,  generously gave me much time within his lab, he allowed me to observe the artificial insemination of honeybees directed by Dr. Maria Spivak, visiting from Minneapolis, USA.  (recipient of USA’s McArthur Award for her research re hygienic honeybees). I was enthralled as well as near to fainting observing the insemination process. The Queen Bee was given an anesthetic during the procedure. Dr. Otis, Guelph University, Guelph, Ontario, Canada,  taught me regarding the many types of honeybees world wide, their colours and their habits re pollination.  Honeybees are the main pollinators of flowering plants in the world. I have visited the bee labs across much of Canada, a few in the USA – as well as in Avignon France.  In Avignon France, I met with Dr. Mark Winston’s colleague, Dr. Yves LeConte where we discussed honeybees, the many colours of bees and beeswax. (via the Canada Council for the Arts and The Manitoba Arts Council). At this time I had a solo exhibition at the Canadian Embassy in Paris, France, as well as a second solo exhibition plus a 3 month studio residency at Passages, centre d’art, Troyes, France. I visited bees, apiaries and bee specialists in the region.  A Parisian collector of ancient bee hives loaned me his hives for inclusion in my solo exhibition in Troyes.

I was given a major Manitoba Arts Council grant to study the flowers and honeybees of The Netherlands and visited many beeyards and beekeepers, flower shops, flower auction houses in the Netherlands.  At the same time I had a 2 month studio at Sticht and Complex, in Rotterdam, Netherlands. 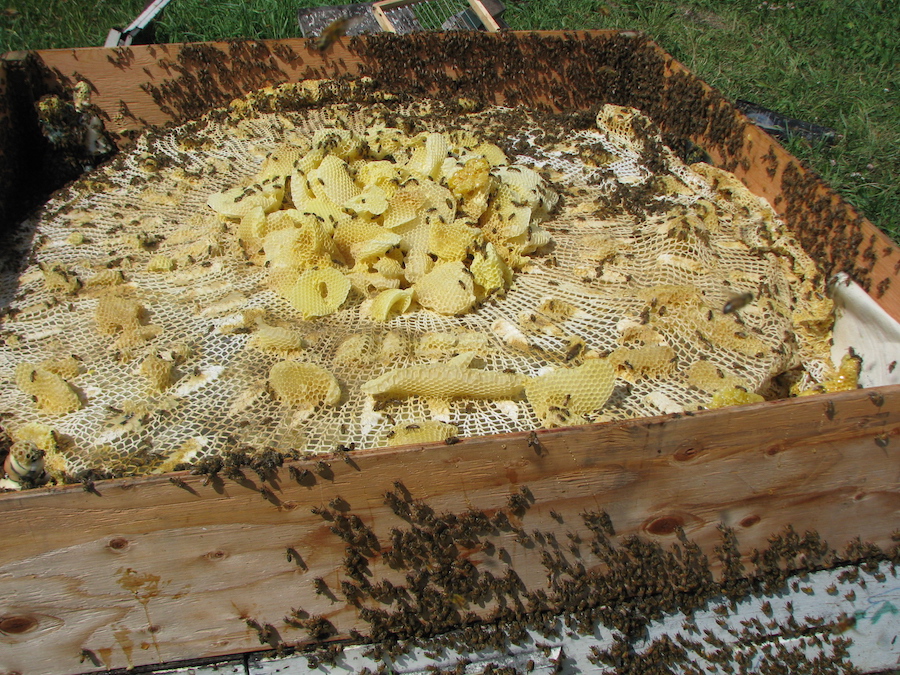 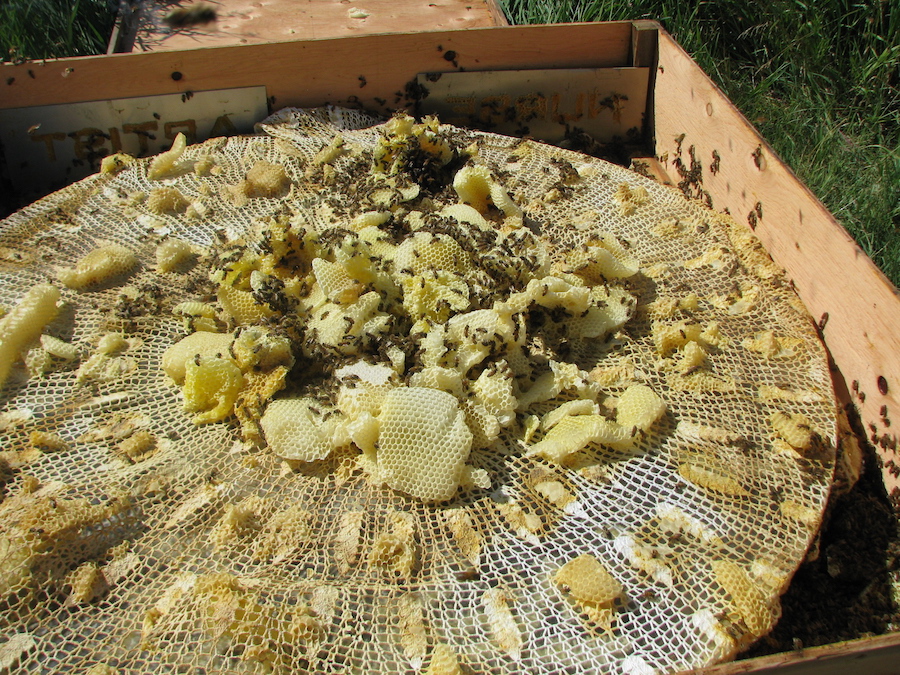 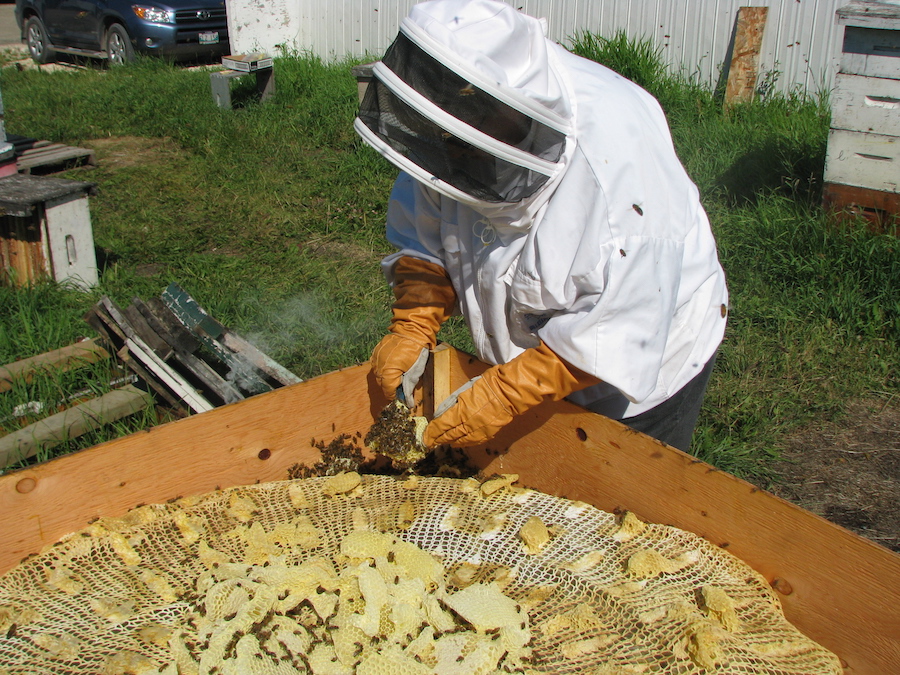 I have used woollen fleece, discarded woollen clothing, buttons (The Large Cupboard of Canned Buttons) cigarettes (Hand Held: between Index and middle finger). wax, honey, glass Mixed media. From approximately 1989, I became interested in the life of honeybees and realized that honeybees were in fact sculptors! They were using their own wax and other materials to create their beautiful honeycomb shapes. I also realized that being a sculptor myself, that the honeybees and I could possibly collaborate on a body of work. Meeting beekeeper and philosopher Phil Veldhuis, (from U of Manitoba, Canada), came as a breakthrough for my wanting to work with honeybees. Phil and I have worked together for over 22 years.  He has been a most important guide in my understanding on how to work and behave around honeybees. He installed and rented an apiary studio for me for over 22 seasons of beekeeping in Starbuck, Manitoba. Phil was responsible for my actions around his hives and for the health and welfare of his bees. To this day, Phill and I communicate re honeybees and I credit him for much of my success as an artist. 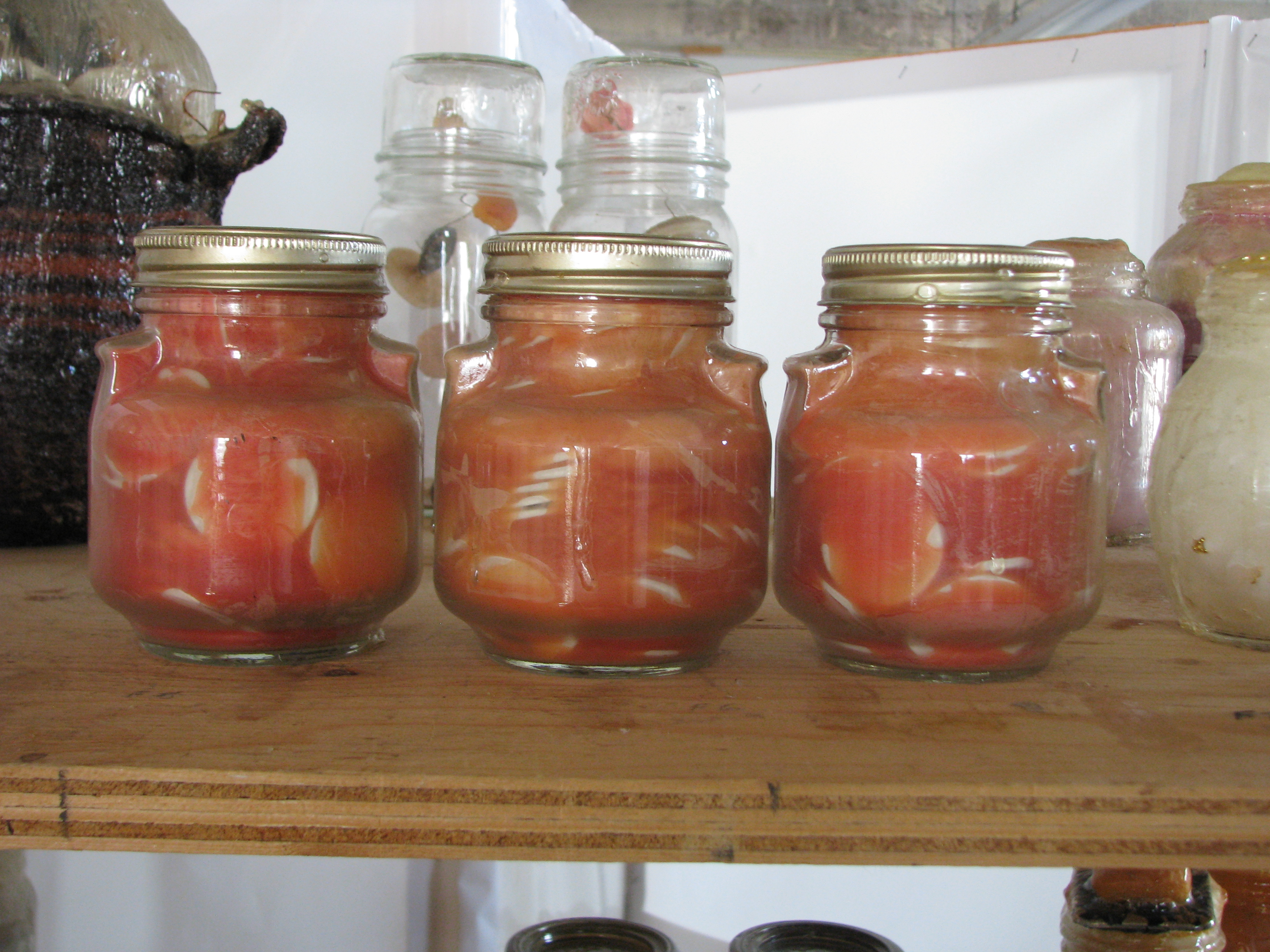 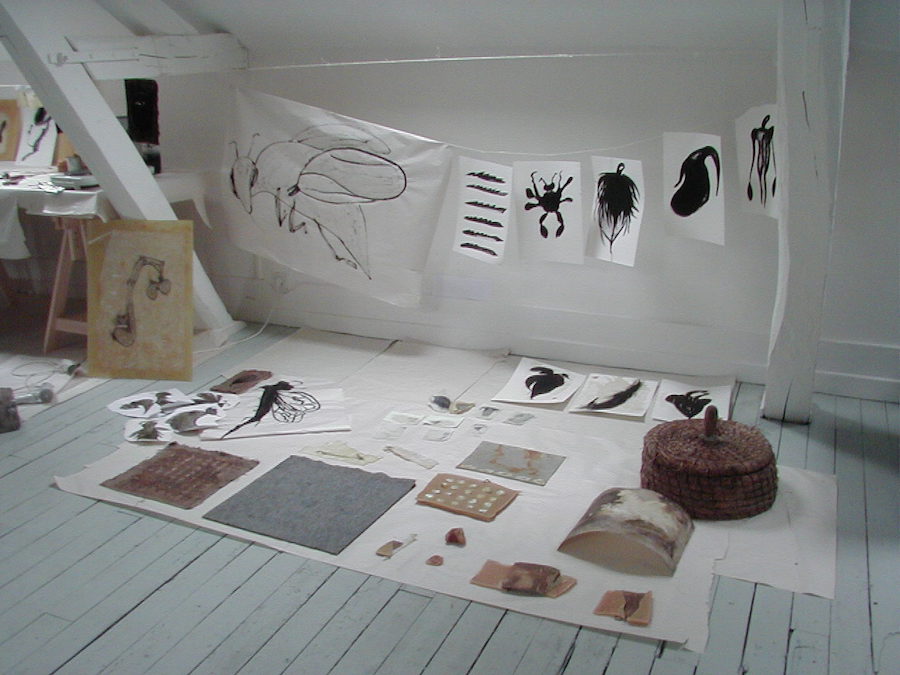 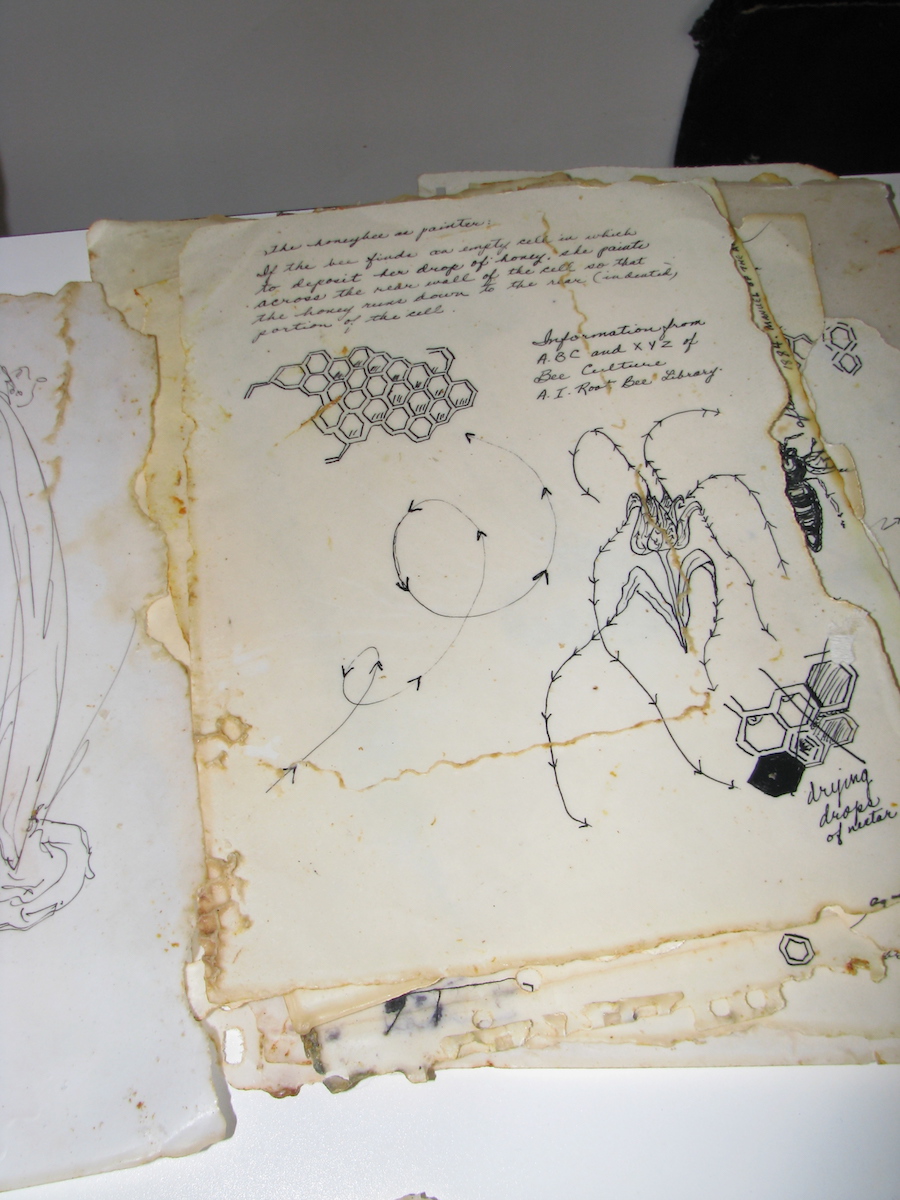 I am pleased and proud of every exhibition that the honeybees and I have had, especially when the honeybees are live and working during an exhibition in the museum or gallery. Encased in plexi glass structures with a long, large, plexi tube that allows the honeybees access to the outdoors.

Aganetha Dyck: Guest Workers from Confederation Centre of the Arts on Vimeo. 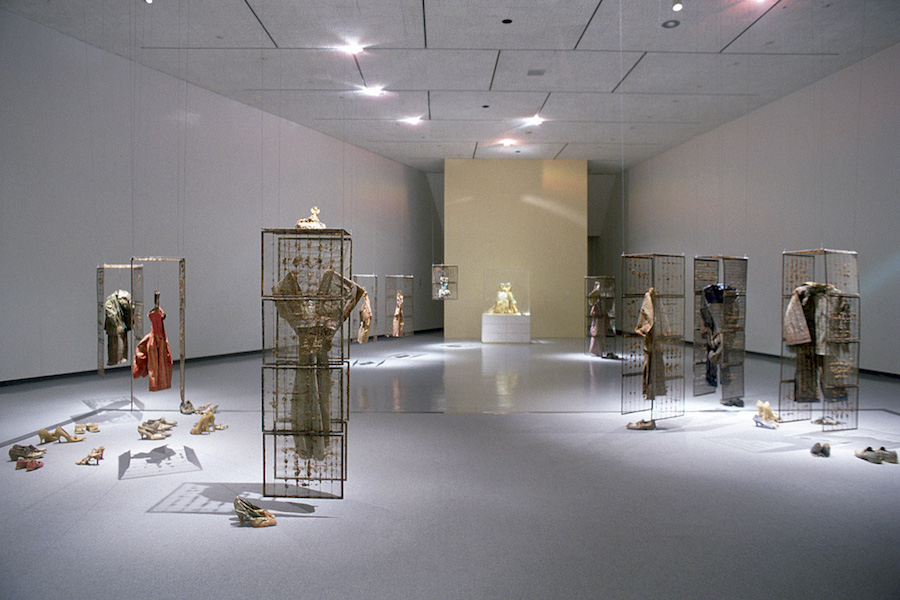 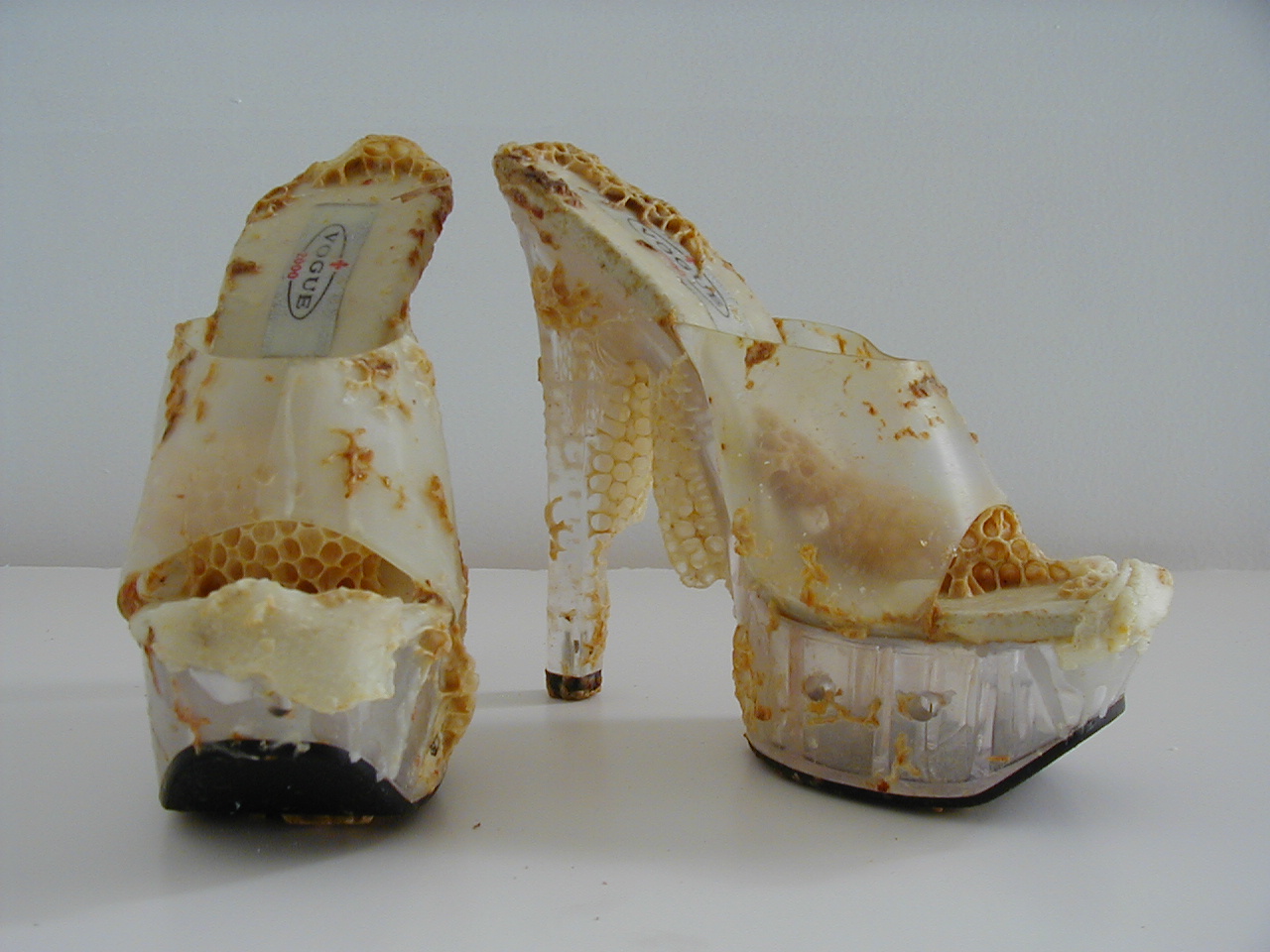 Perhaps we could consider the small of the world as we go about our lives, thinking especially of all the pollinators who essentially feed all living beings on earth.

My question is: “What are the ramifications for all living beings should honeybees disappear from earth?”

I have become allergic to the sting of honeybees, and am now working from a distance with beekeepers and others who are interested. Most recently I am working with honeybees via long distance at Temple University, in Temple, USA.  The director is Robert Blackson. This with the university’s chosen beekeeper.  We are in the second year of trial and error.

I also work with apiary discards, most recently FEEDER BOARDS.