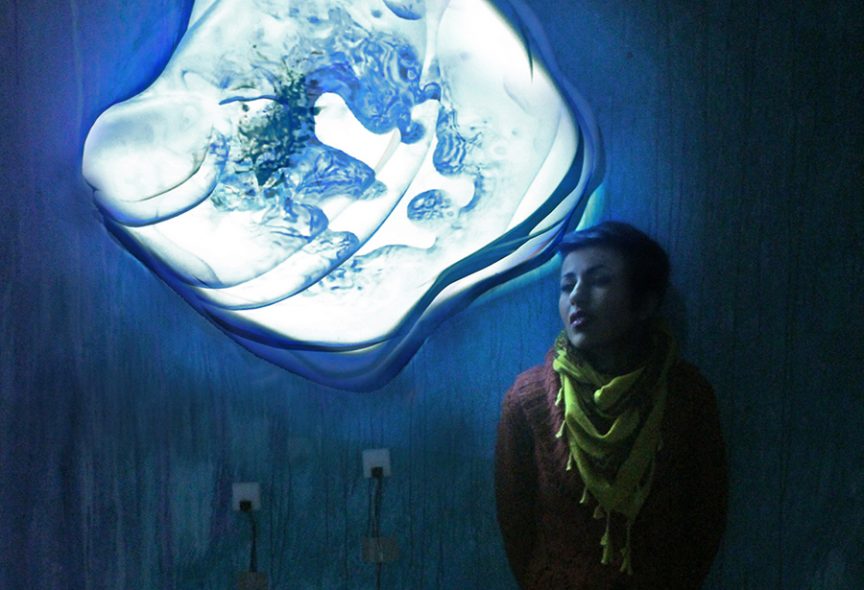 Artist Statement: “From the beginning, Golnaz Behrouznia has been interested in natural sciences and the observation of microscopic life in all its dimensions. Today she connects her artistic vision to her passion for living. The media she works in, sculpture, video installations and drawings, are all in the same realm – the creation of a hybrid world that meets biology and artistic universe. Like sciences that advance by a dialectic between assumptions, reactions and confirmations, she wants to evolve her practice as a visual artist with questionings, tests and challenges. In one word, she provokes the image of science that reconciles with the imaginary world, and creates new autonomous worlds, in which, ideally, it can bring new visions.”

At first, I think it was the natural science, thanks to my mother, who helped me develop an interest in nature. When other children were watching cartoons, my mother made me watch nature documentaries. She used to take me with her to the hills of our region in the south of Iran, to show me wild plants, their function and contributions as well as to teach me to observe nature. I started to learn drawing and painting techniques when I was 9. 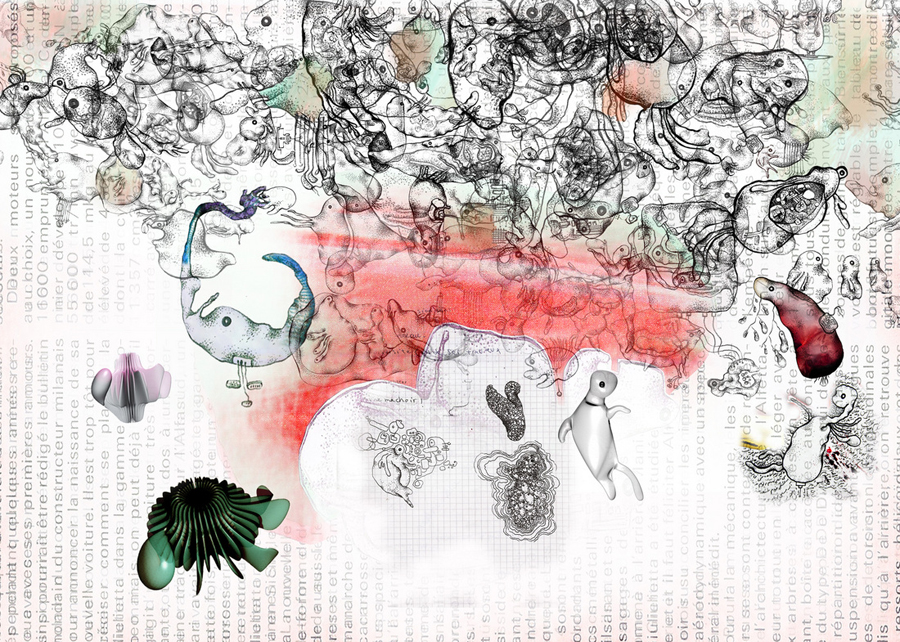 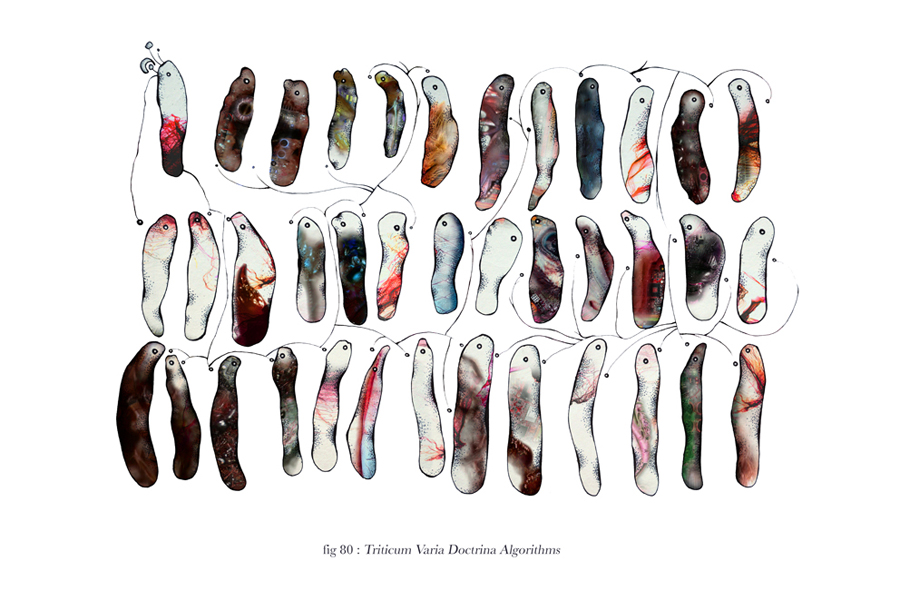 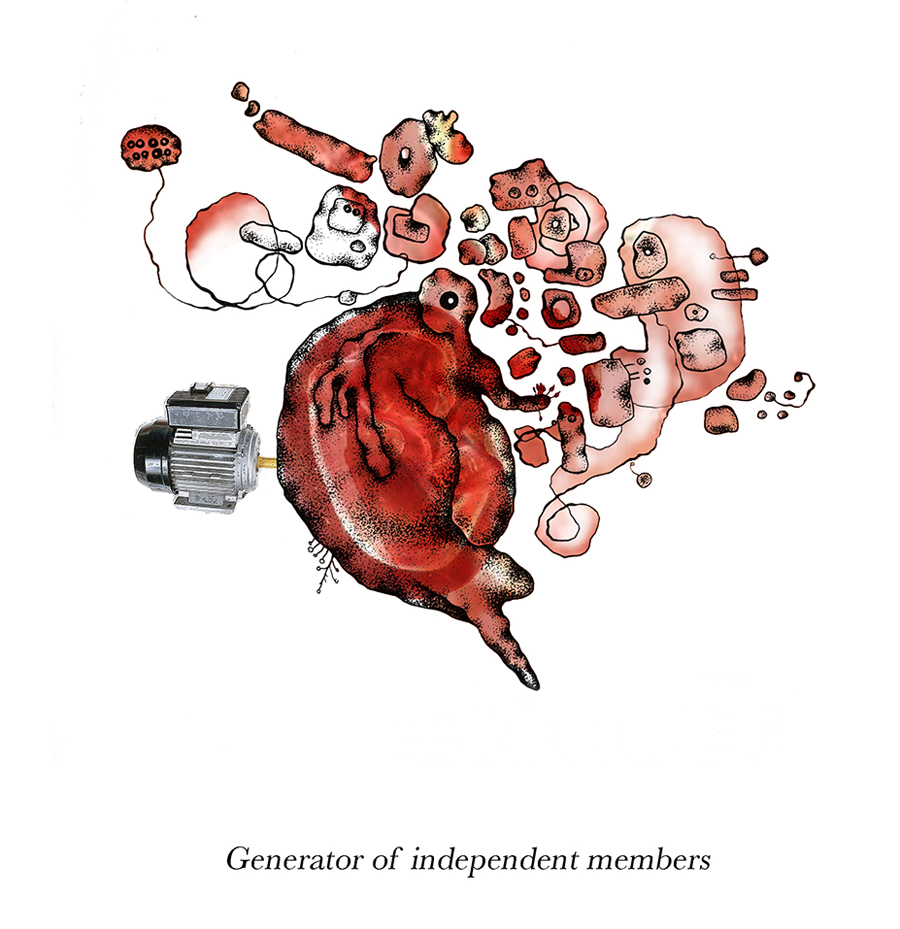 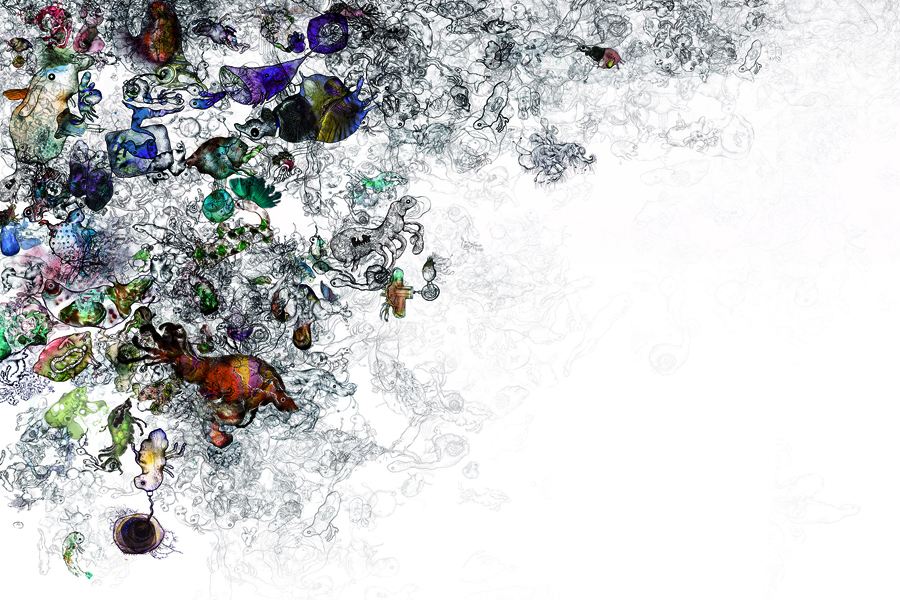 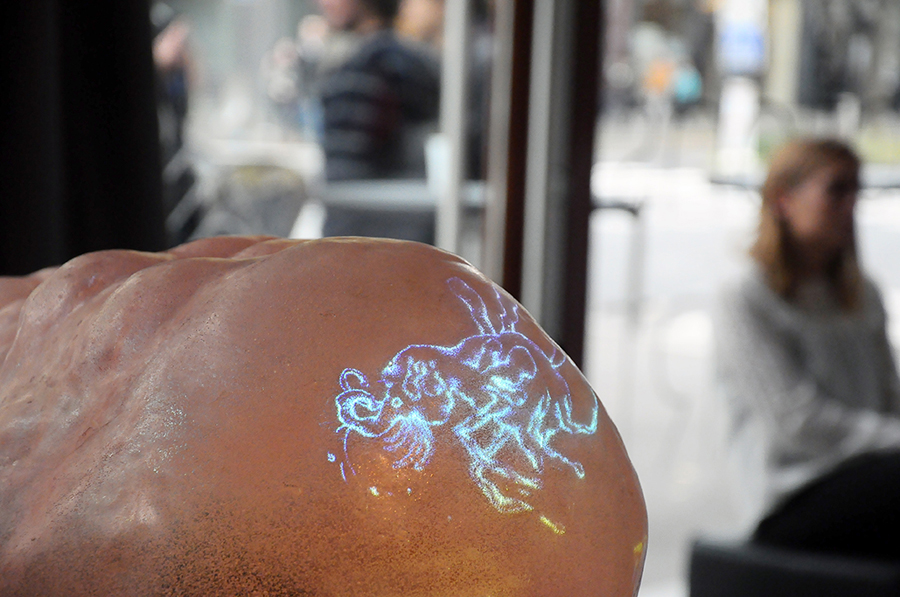 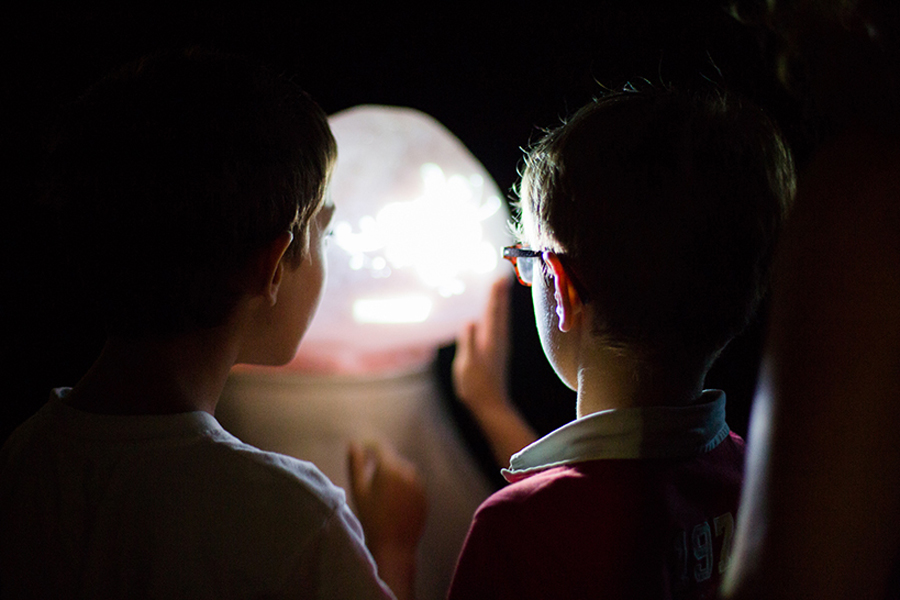 It varies. Today I mostly work in digital arts, creating interactive installations and mapping my organic video animations. I have also created sculpture and drawing artworks. 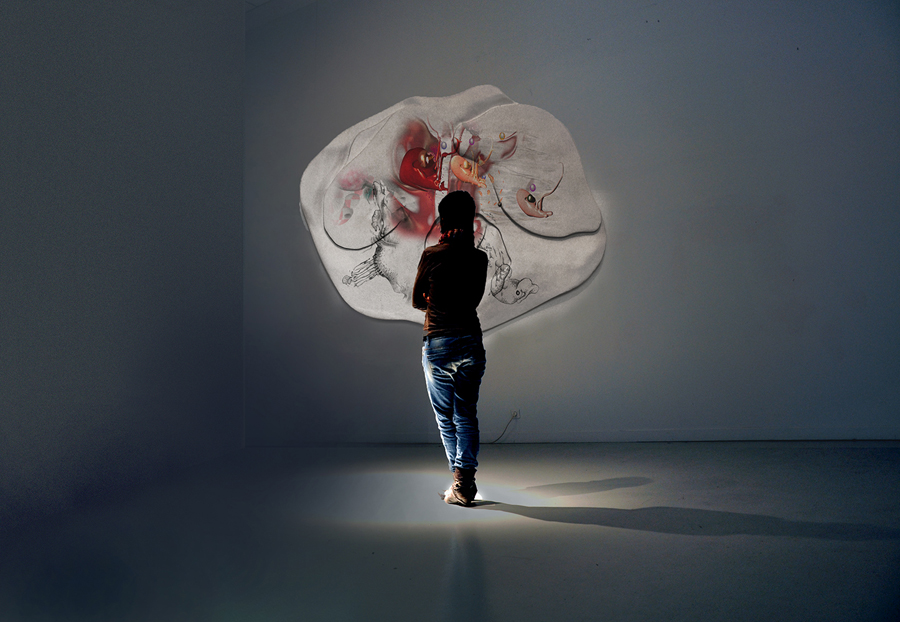 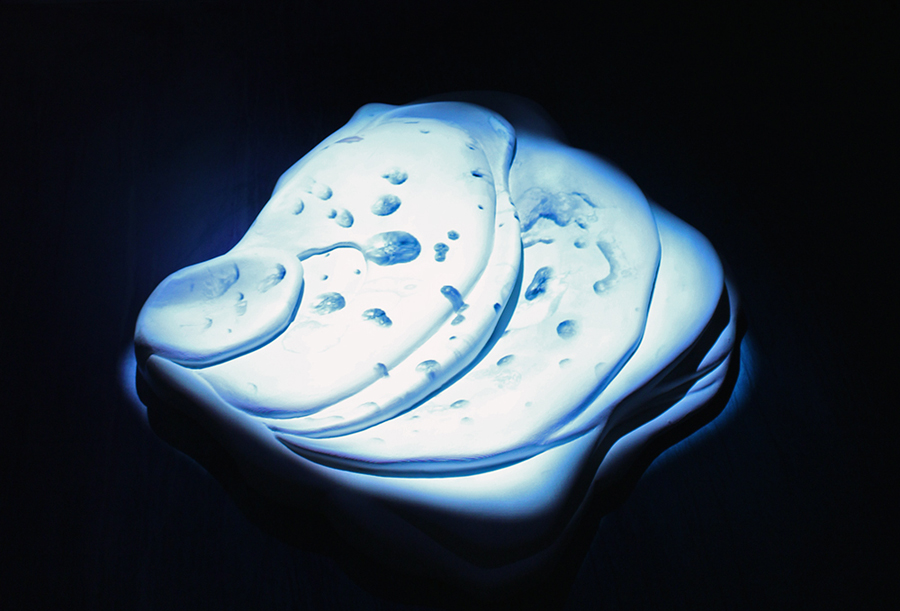 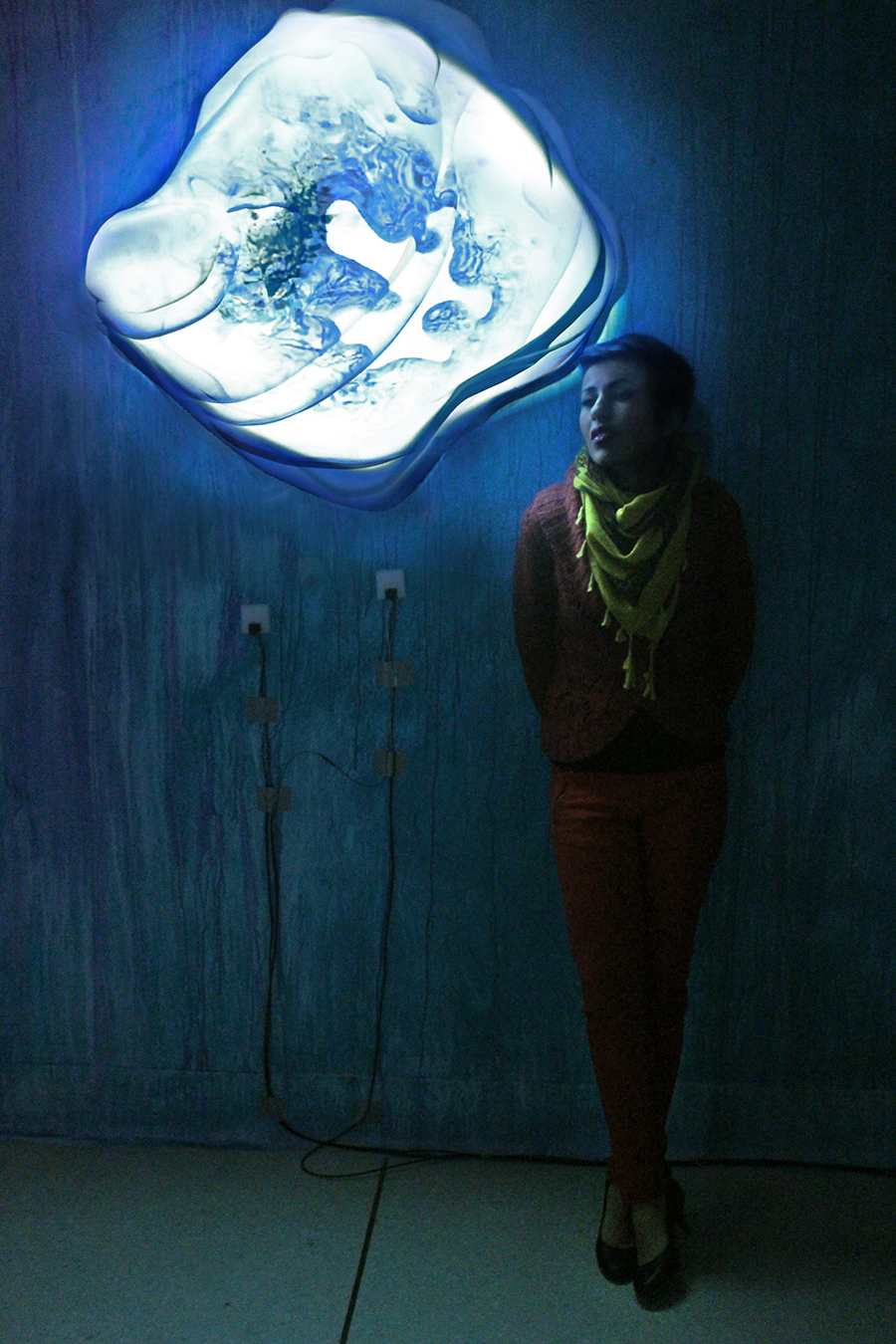 “SCIENTIFIC CHALLENGE: Bright, fanciful and imaginary creatures take life on the lace curtains of a huge body. They evolve and move, staging a biological fiction which does not stop changing. An imaginary and technological ecosystem.

ARTISTIC CHALLENGE: This multimedia, immersive and interactive work from Golnaz Behrouznia, is centred on the alive and made the spectators live a journey inside an imaginary world. In a vast and dark environment, a spatial structure occupies the space as a floating organic architecture. Sound atmospheres emerge discretely, according to the states of this universe. At the same time, this fictitious ecosystem, autonomous and sensitive to the outside presence, activates visual and sound reactions and evolves according to the visitors’ behaviour.” – CDA 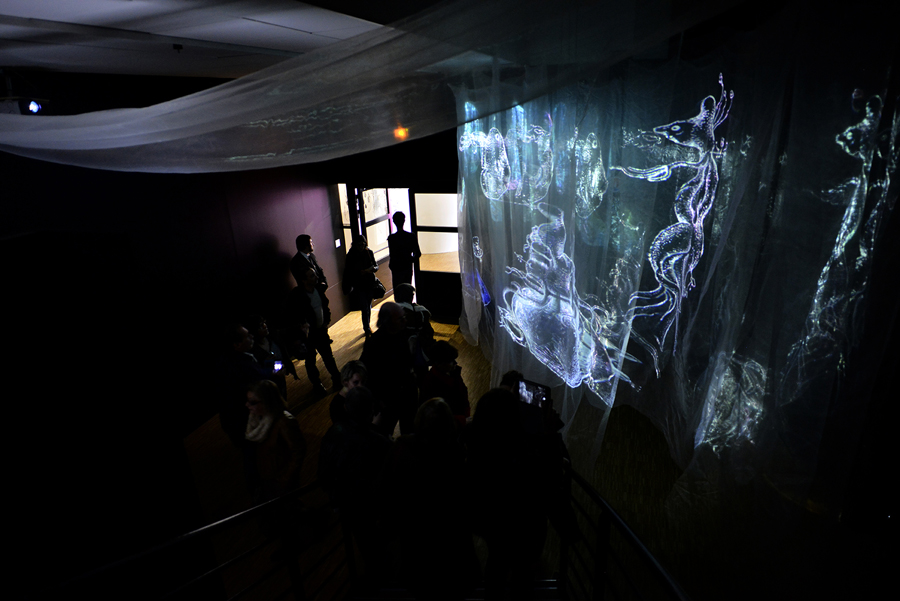 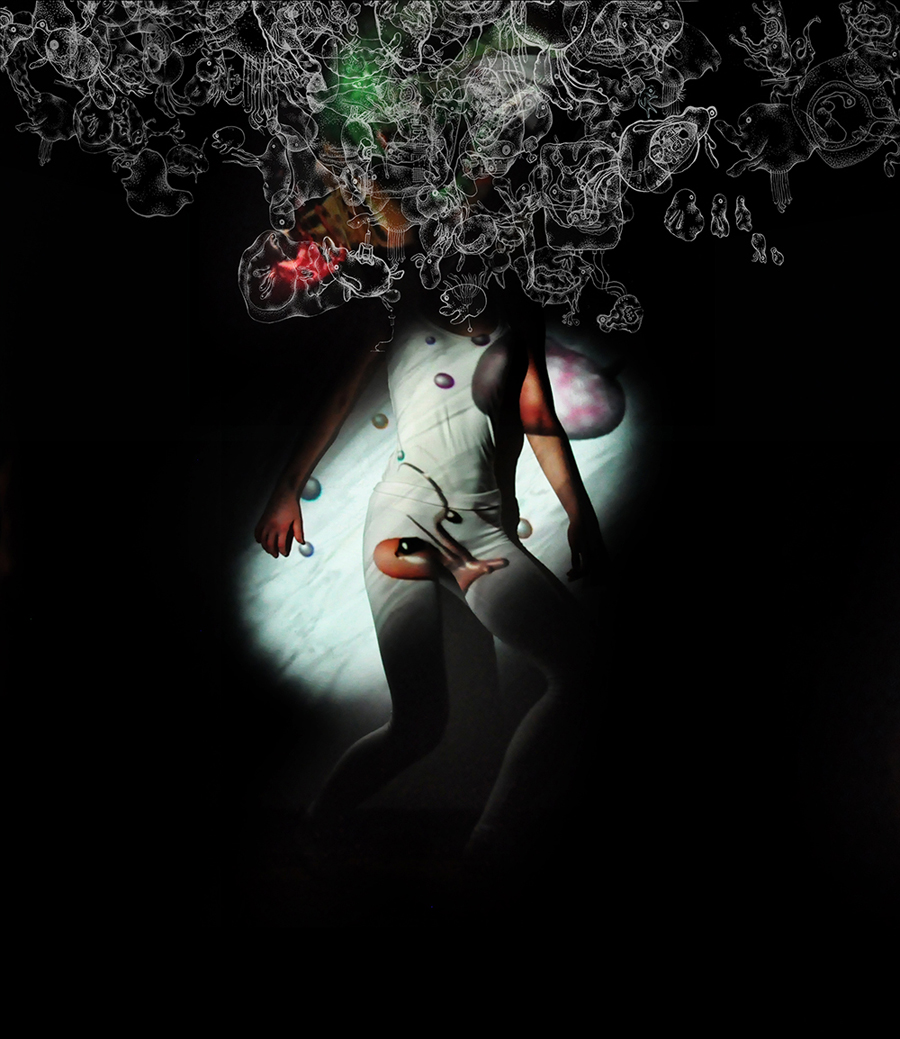 I would like to share my biography: “Born in 1982 in Shiraz (Iran), Golnaz Behrouznia oriented herself from a young age in visual arts. She began practicing sculpture while studying fine arts in Tehran and, after that, continued her work as a professional artist. In Iran, she participated in fifteen solo and group exhibitions in Tehran, Isfahan and Shiraz and won several awards at festivals and biennials. In 2008 she decided to go to France to continue her artistic career. Fascinated by multimedia, she studied Digital Media Design in in Toulouse. She has presented her work in the form of sculptures, video installations and paintings in different places like the “Musée des Abattoirs”,  “La salle des Illustres” and “la Fabrique culturelle” in Toulouse, the “Salle Espalioux” in Pamiers, the “Salle Aubette” in Strasbourg and the “PAD” art fair in Paris.”