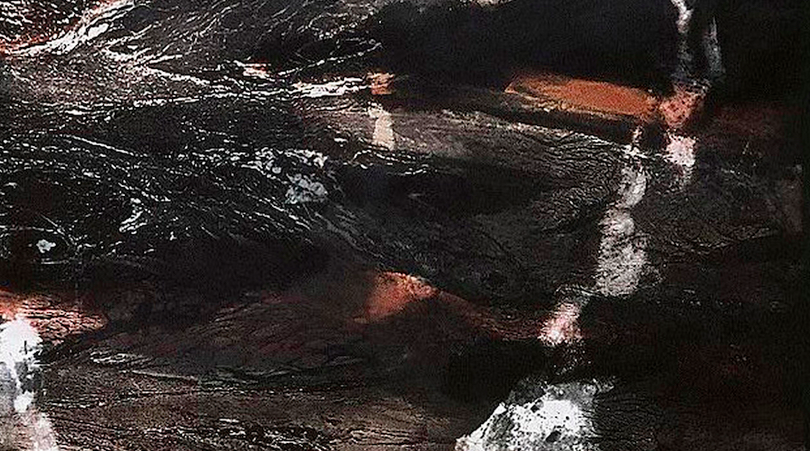 Which came first in your life, the art or the science?

On the Colorado ranch where I grew up I avidly searched for Native American arrowheads. As an adult I became interested in evolutionary processes, particularly the way some things change while others endure with the passage of time.

As an artist/photographer, I visited natural history museums all over photographing dinosaur bones. I would then manipulate photos extensively in the darkroom, adding a human mark. Images of these majestic creatures are so powerfully evocative.

“I visited natural history museums all over photographing dinosaur bones…Images of these majestic creatures are so powerfully evocative.”

When I became seriously ill with lupus, for what turned out to be decades, I was compelled to think more about how science relates to the body and the mind. Daily I asked, “What can I do to help heal?” This experience led to two series of work. Each piece was complicated to create, but they are personal and bring me pride. Both artworks are intensively hand-crafted gelatin silver prints. They incorporate impressions of the human body and are life size. 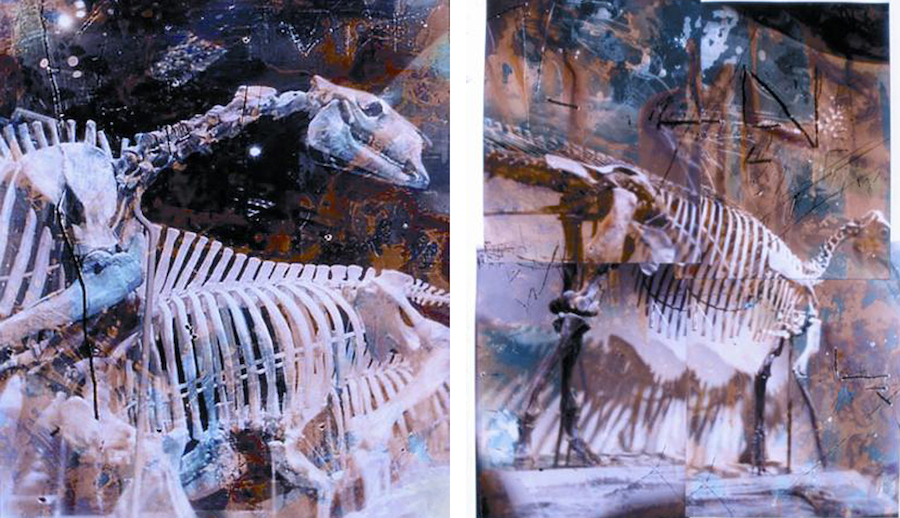 In the DNA/Body series, visual representations of DNA are superimposed on imprints of the human body. Genes were on my mind, because the origins of lupus are still murky and scientists believe genes may be involved.

As my health improved I was able to focus less on myself and more on the world. In addition to the evolution of land and sea, I became focused on ecological concerns. I segued into painting and the use of mediums that are less harmful to the environment.

What materials do you use to create our art?

The dense and heavily textured Intimate Universe pieces are made using the sensual, ancient, and durable medium of encaustic. Encaustic is composed of hot beeswax and resin mixed with pigment. The process of heating and cooling in encaustic mimics those in geology. While this work is primarily celebratory of nature, it includes the effects of human interaction on the land. I integrate tiny, almost invisible pieces of refuse as a reminder that the earth is toxic, but not to the visible eye. Titles often begin with participles (e.g., Surviving in a World of Appetites, Including the Consequences of Our Actions) to remind us that changes in our behavior are possible. 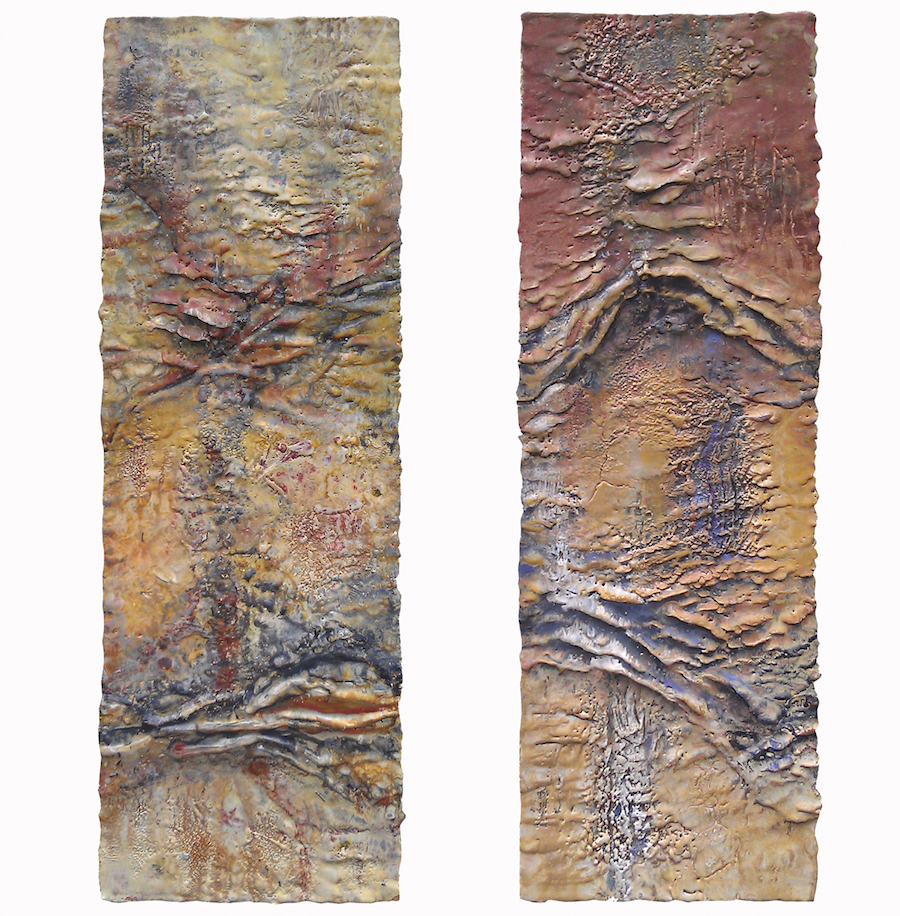 The light and airy Time Will Tell encaustic monotypes on translucent handmade Japanese paper involve an entirely different process. Appealing aquatic colours draw viewers in, whereupon they discover imprints of beach refuse as yet another reminder of human effects on the environment. The art hangs on plexi supports that are a few inches away from the wall so that the light passes through them and viewers can look into the images as they would into water. 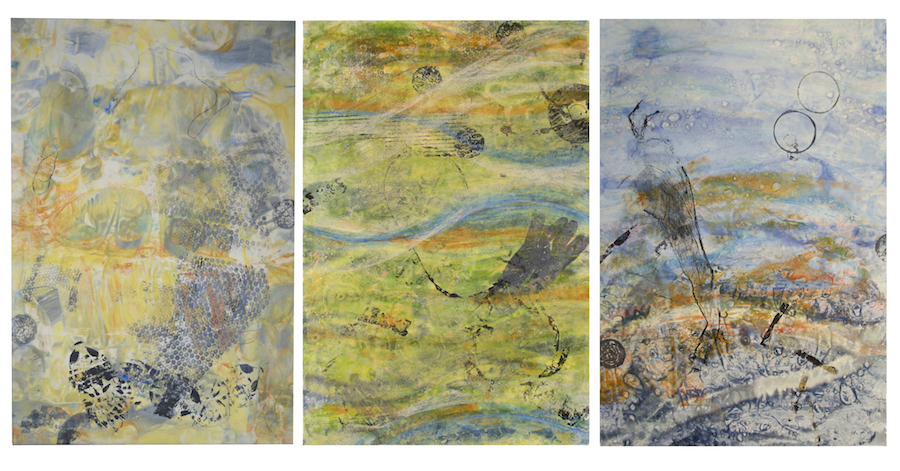 2 Truth Unmasked | 3 Seducing Ourselves | 5 Maxing Out

I am now moving on from creating art reflecting the negative effects of humans on the environment towards artworks that have the potential to help. This transition is inspired by a research project focused on a particular species of fungi that eats plastic.

What exhibitions are you most proud of?

Exhibitions are exciting or meaningful for various reasons. Many small and local shows have significant personal meaning for me. Solo shows at fine galleries in big cities are special:  NYC at Soho Photo, Chicago at the Schneider Gallery, and Venice, Italy, at the SG Gallery.

Which scientists/artists inspire or have influenced you?

Find out more at the Copley Society of Art or New England Wax.