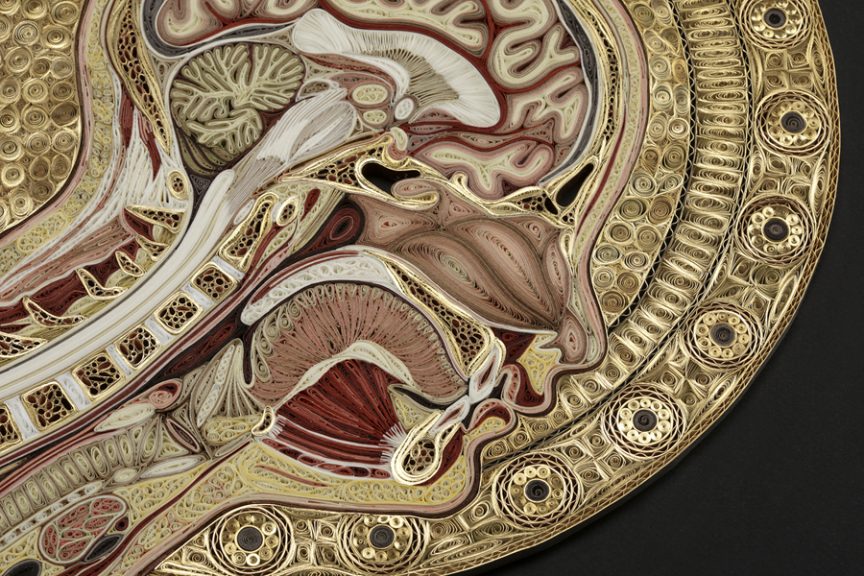 The art came first in my life.  I graduated from art school in 1985, majored in illustration and worked as an illustrator for many years before my art making overlapped with science.  In 2010, I first started making work inspired by anatomy and also became a certified medical assistant.  Though I never worked in a doctor’s office, my classes in anatomy were very helpful in making the works in the “Tissue Series”. 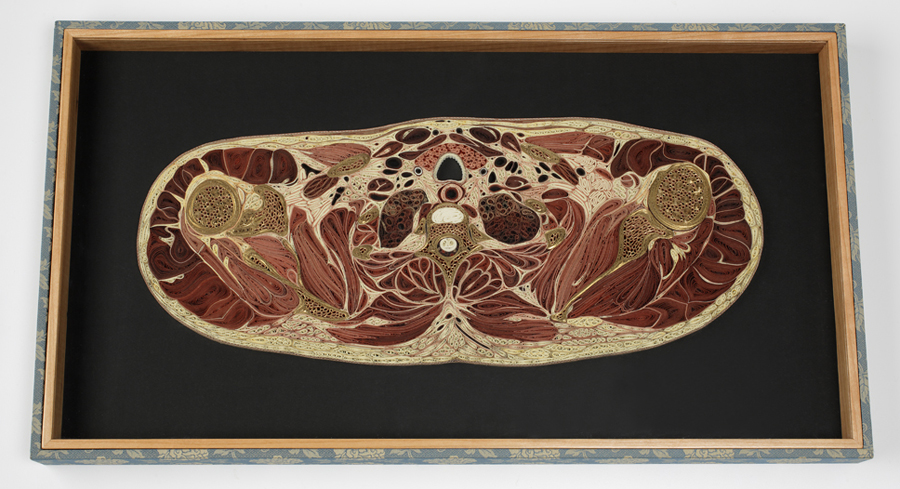 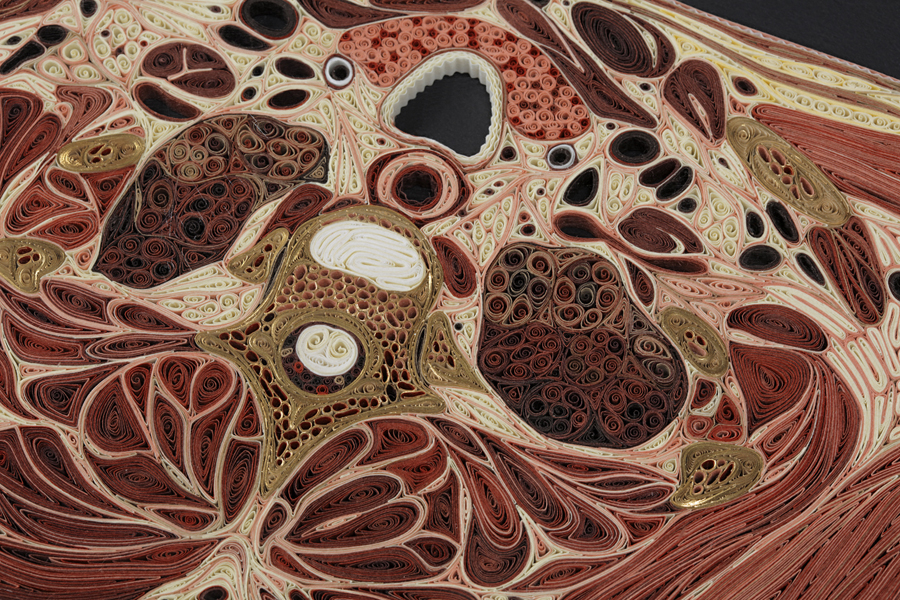 For about five years I focused on anatomical imagery and in particular, anatomical cross-sections as my subject matter.

I use paper, Japanese mulberry paper and paper with edge gilding and a craft technique called quilling.  I first started experimenting with quilling while making box-like assemblages (these can be seen on my website under “Boxes“) that combined many different materials and techniques.  I added quilling to my repertoire after seeing an antique piece of quilling in a junk shop.  Then a friend shared an image of an anatomical cross-section with me (more specifically, the image from Doyen that inspired my first piece “Female Torso”).  I saw in the image some of the textures and shapes that were possible to make with coiled paper.  From that first piece I continued to expand, develop and research this exploration of cross-sections in paper and called the resulting body of work “Tissue Series”.

I’m most proud of a solo show called “Connective Tissue” of my anatomical works at Pavel Zoubok Gallery in NYC in October of 2013.  This was the first time that “Tissue Series” was shown in it’s entirety.  I have an upcoming show of the same body of work scheduled for the summer of 2017 at the Mütter Museum in Philadelphia. 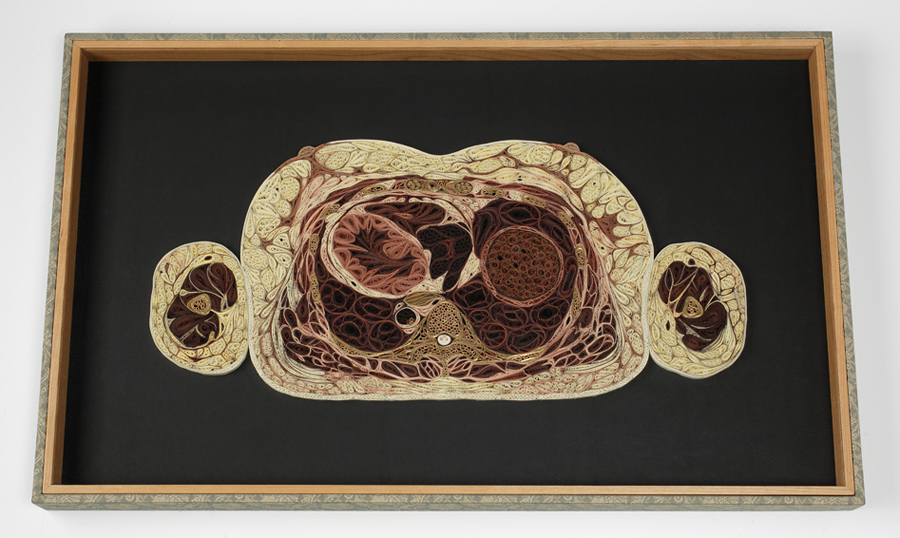 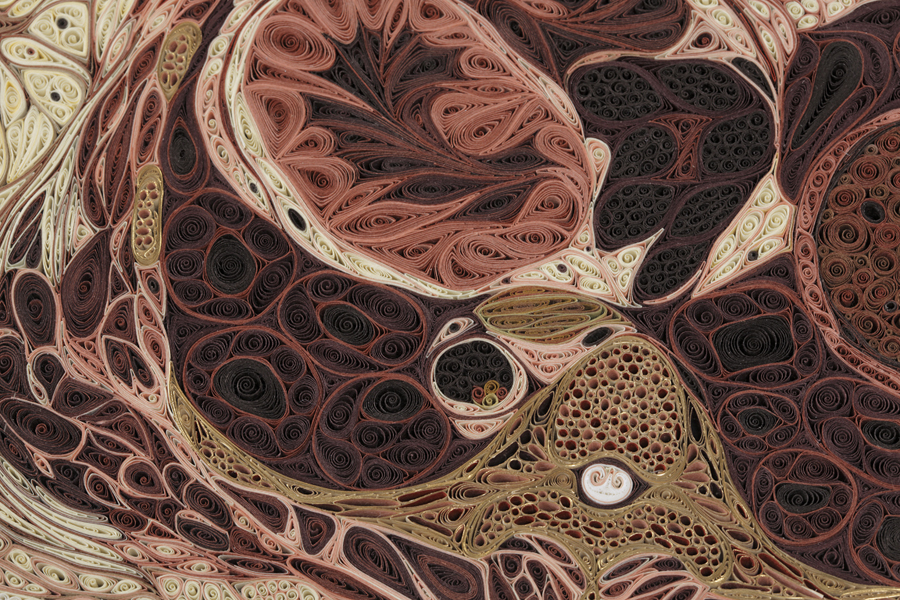 The works I’m most pleased with are “Angelico” because of it’s combination of the decorative (the gilt halo) and the anatomical (the cross-section of the head) and my newer work, that is inspired by the decorative arts.  I am currently working with geometric designs, abstracted plant and flower forms and insects (see the images under “Tapis Series” on my website). 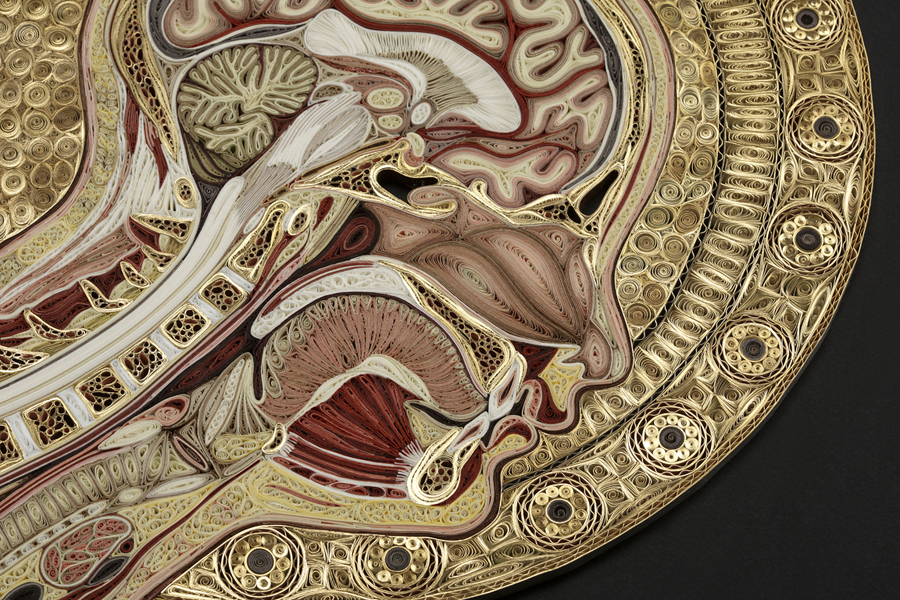 I was especially inspired by the images of cross-sections that comprise the data base of the “Visible Human Project“.  They are actual photographs of two cadavers that were prepared and ground down incrementally and photographed in great detail.  I was also inspired by the images of cross-sections in historical medical texts.  The two I’ve looked at most are the lovely lithographs in Wilhelm Braune’s “Topographisch-anatomischer Atlas” and those in the “Atlas d’anatomie topographique” by Eugène-Louis Doyen.