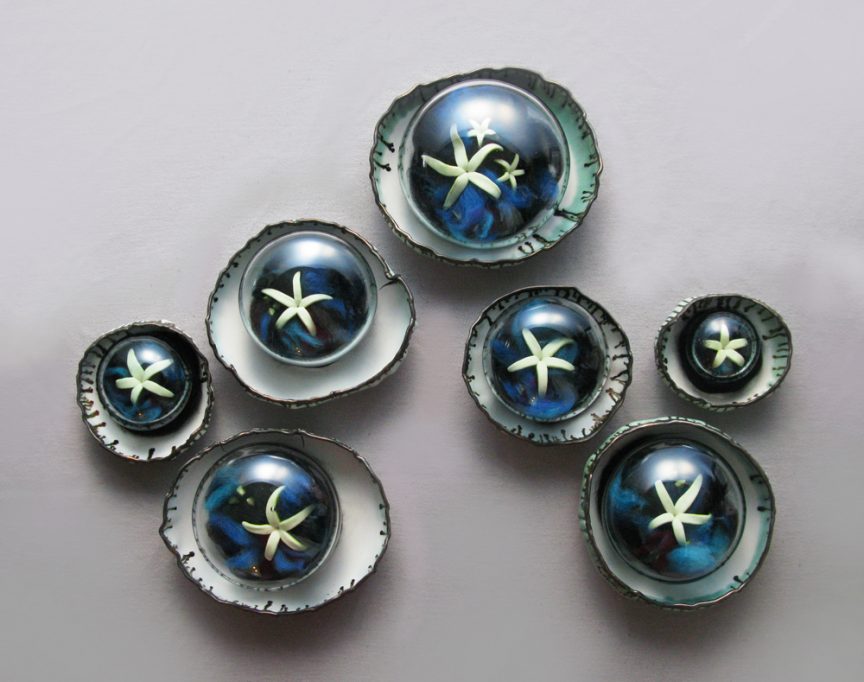 I was born an artist, and that has always been my focus. Growing up, I didn’t think I was interested in science. I enjoyed the liberal arts subjects more, and didn’t relate to what I was learning in science class. When I was in art school, I started watching documentaries rather obsessively, 10 per week. What I watched was based on schedule, not content, so I saw a lot of documentaries I might not have chosen on my own. After watching for a few months, I found connections in everything. Some of the films were science docs, and my perspective on a subject I had previously seen as being cold and distant really changed. Scientists talk with the same passion for ideas and discovery as artists do. Watching physicists argue about string theory, or watching a biologist’s face light up when she talked about worms really humanized the sciences for me and made it a contemporary subject. I think art and science are on the same spectrum, and a lot of what drives us is the same desire to discover and spread information. 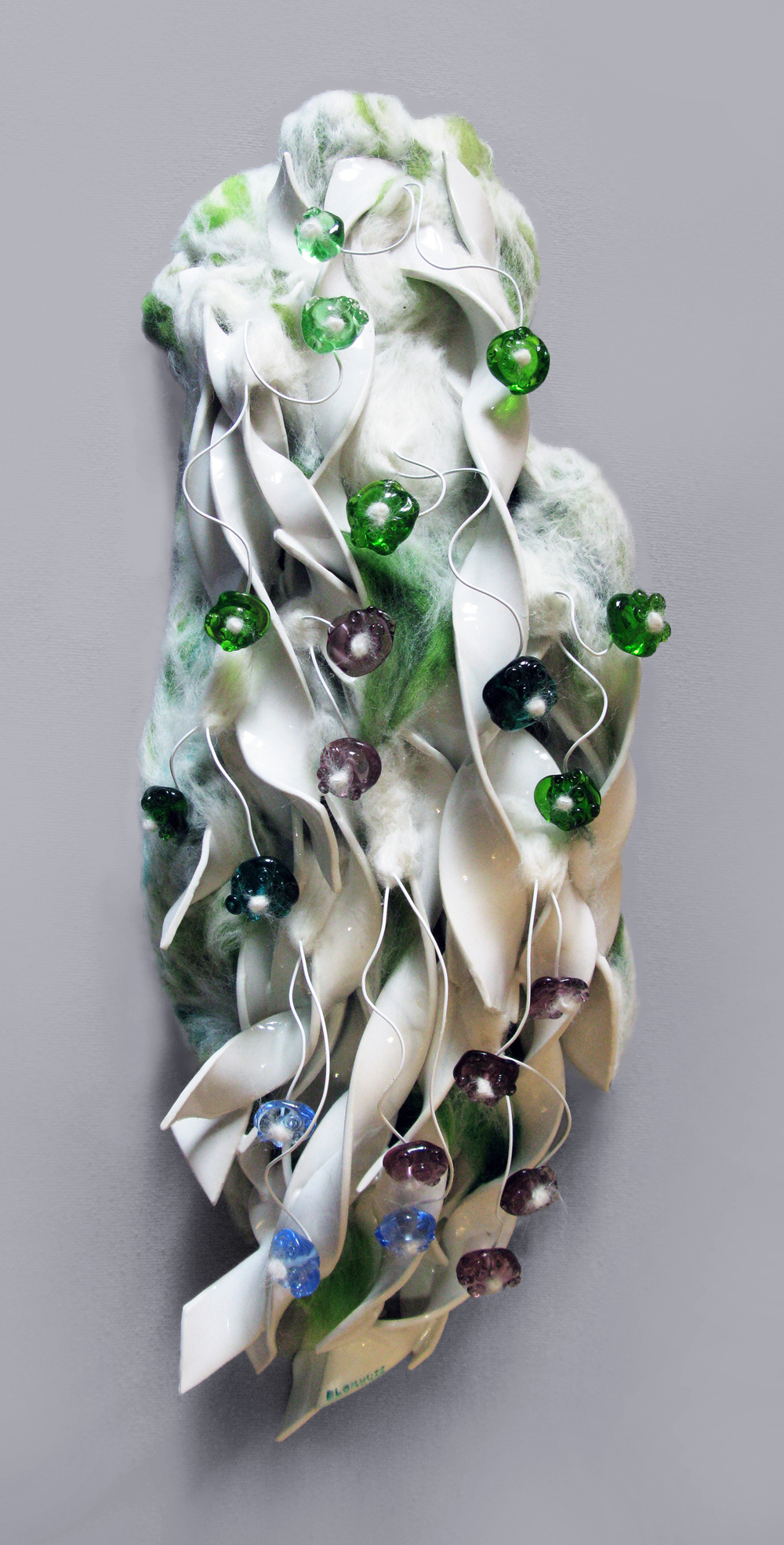 The theme of my work is “imaginary future evolution,” so anything related to evolution, the current environment, and the historical environment. This is pretty broad, and includes biology, zoology, botany, palaeontology, geology, and really anything else I find interesting. Even social sciences influence my work, although I think the impact is less obvious in the appearance of my art. I want people to think about what the environment will be like in the future, without making it so negative that they get overwhelmed and do nothing. Small steps are better than inaction.

Although good science must give space to new and sometimes conflicting ideas, the overall effect for me is a unifying one; all life on earth is connected, whether distantly or directly. Our actions should reflect the fact that all species are interdependent, we can only exist on this planet together. The study of global environmental systems has been particularly interesting to me lately. 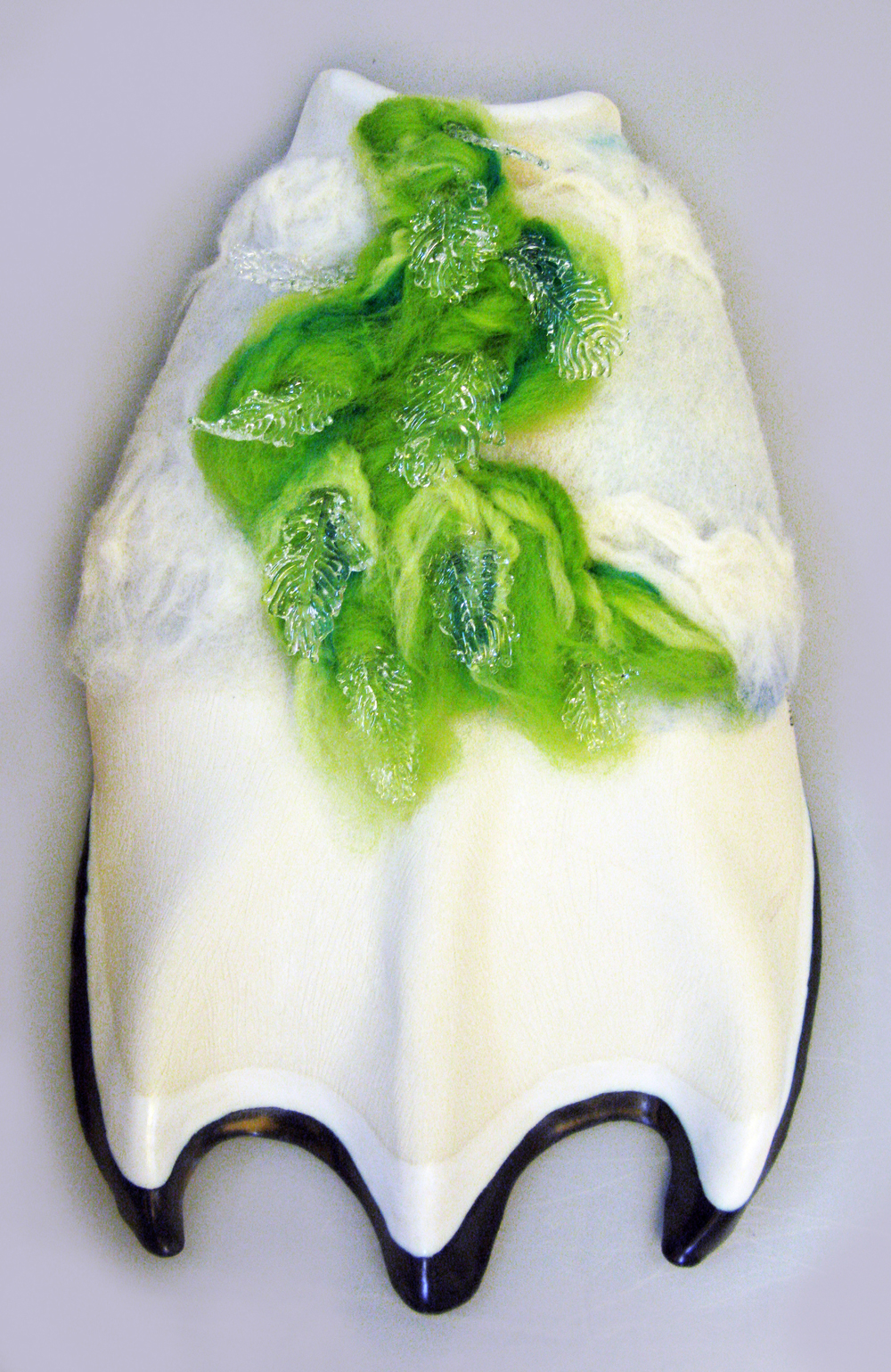 I started out using glass, that’s what I studied in art school. After school, I added ceramics and wool to the glass as my primary mediums, but I will use anything I need to create what I want. 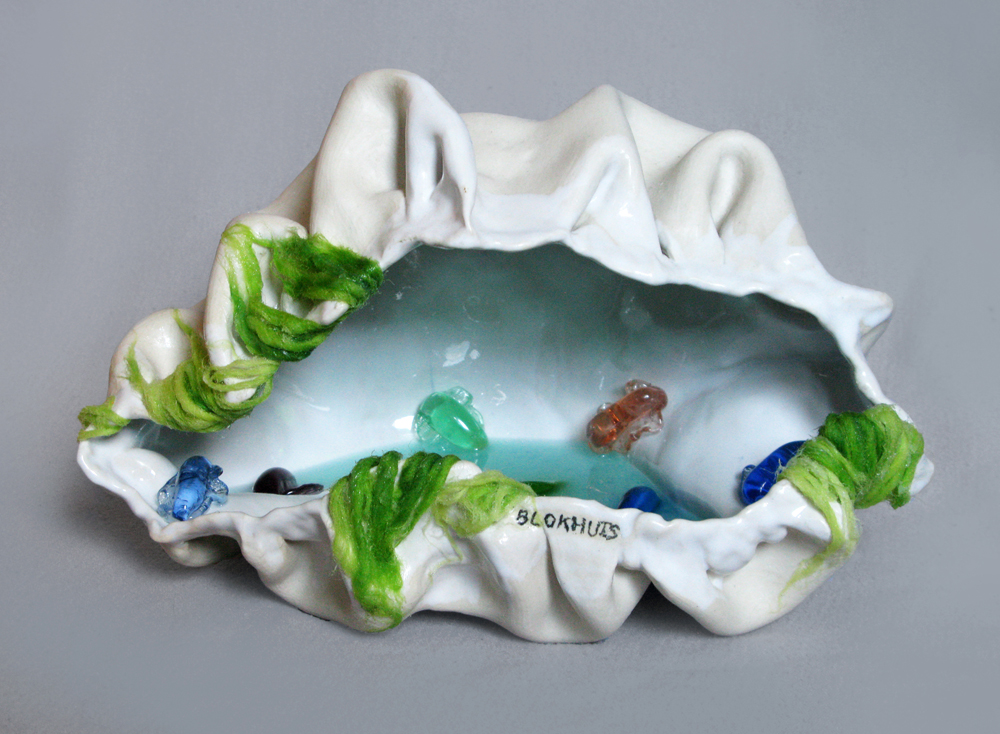 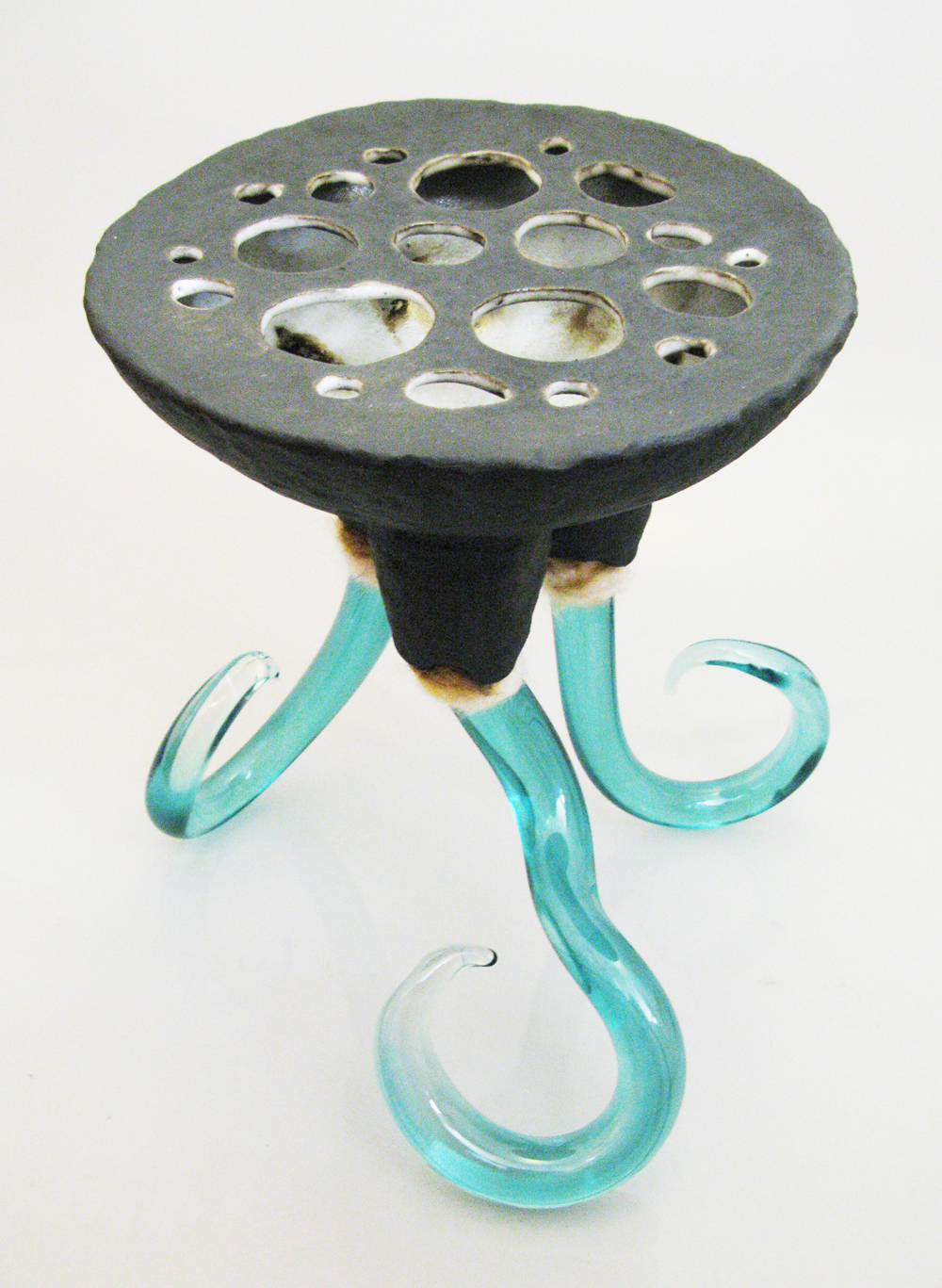 I made my first piece of public art in 2016. It’s in Vancity (a bank in Vancouver, Canada), and it’s inspired by the environment in that neighbourhood. I had no idea whether it would turn out the way I wanted, so it was a big relief when that piece went up. I hadn’t tried a project of that scope before. I’m really glad I applied for that contract, because I always get positive feedback about that artwork.

I also really like how a recent piece called “Fortune” turned out. One of the elements of a successful piece for me is if the viewer thinks they’re looking at something that lives on land, but then they think maybe it actually lives in the sea, or vice versa. I think “Fortune” has that quality. 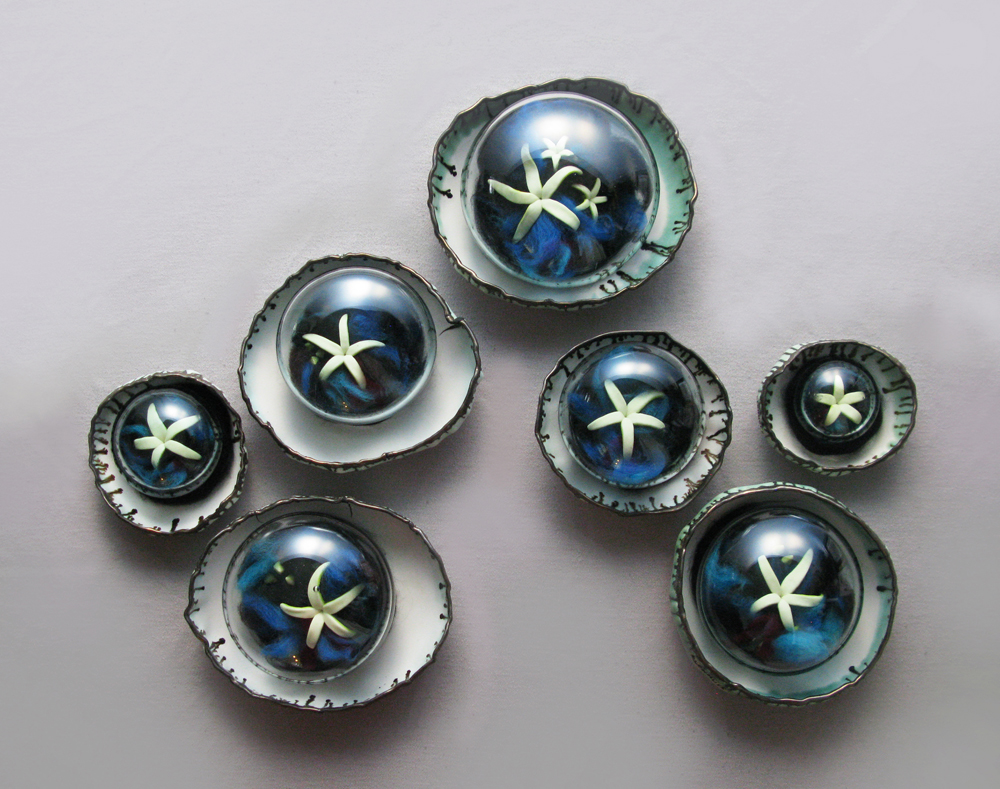 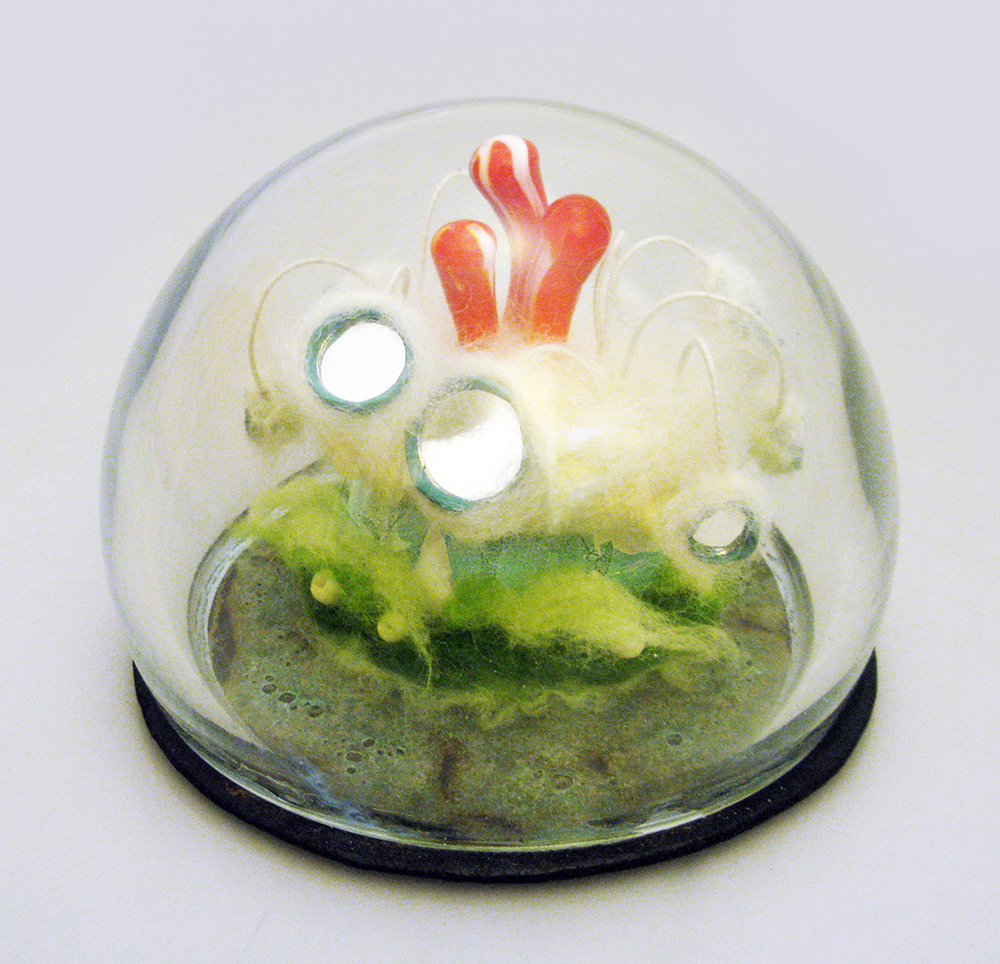 Probably the most influential artist for me is Memphis Minnie. She ran away from home at age 13 to become a blues performer, and she is one of the most well-recorded musicians of her time. I respect work ethic, and she worked hard. She expressed herself honestly, and she didn’t apologize for being who she wanted to be and for pursuing her career.   Another inspiration is my favourite artist/scientist, Oliver Sacks. He was an author and neurologist, and he also had an excellent work ethic. His writing is extremely engaging, and he always created a humanizing narrative when describing his subjects.

In terms of daily inspiration, it has been very good to surround myself with people who have a similar work ethic to mine. My close friends are mostly artistically creative people who actively work in the arts. A community that can inform, motivate, and produce good quality work is key to creating success. 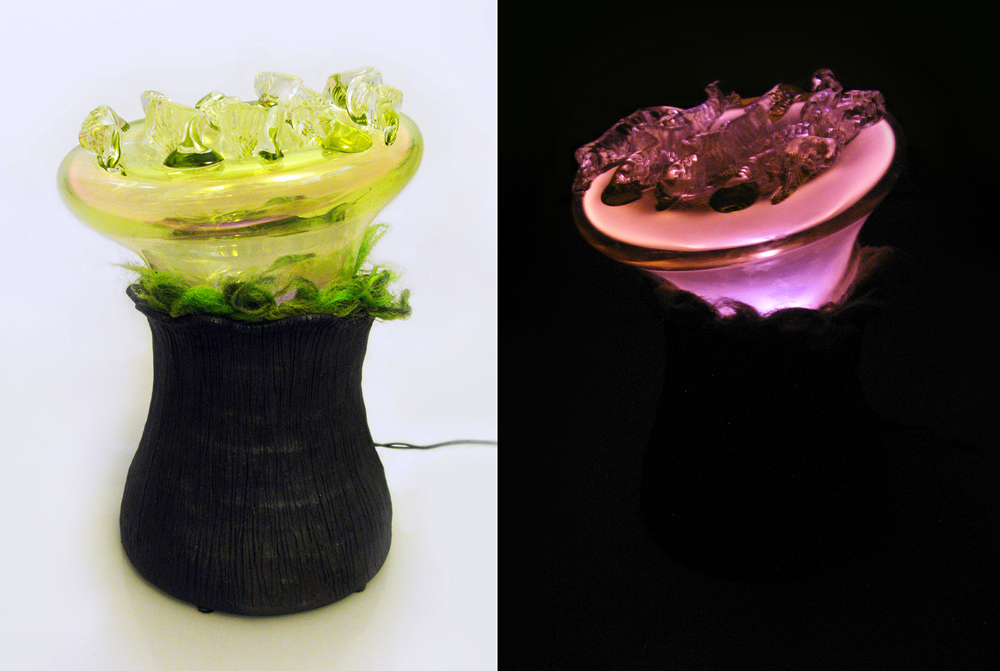 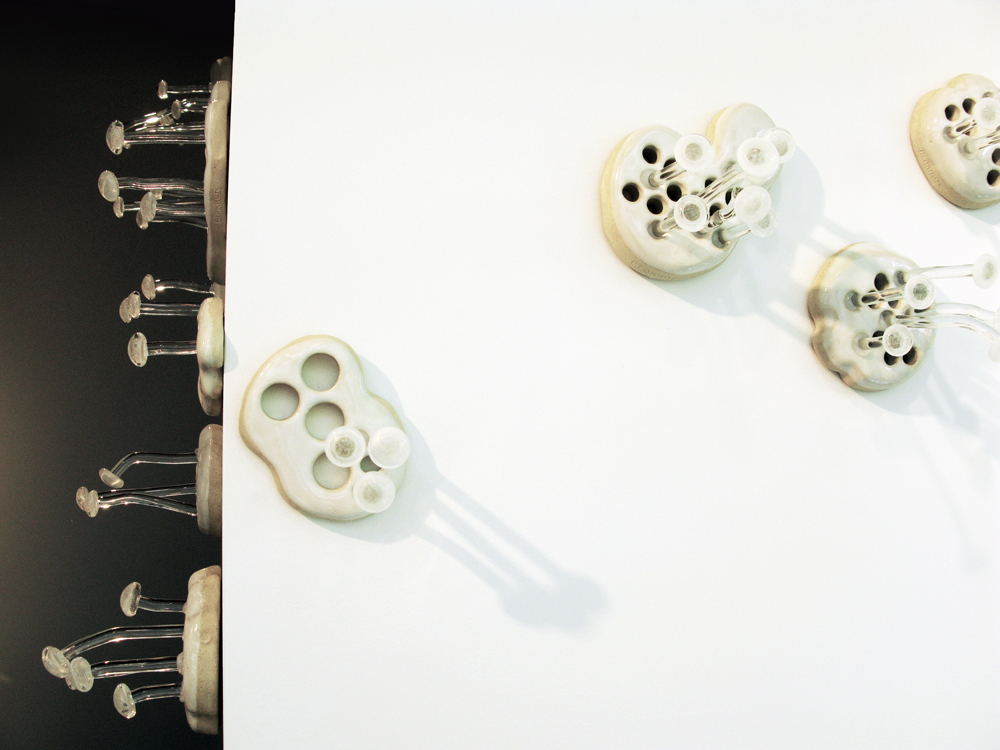 My upcoming projects will be interactive, where members of the public will play a role in determining the content for the final artwork. Two good places to sign up if you want to participate are my mailing list on my website, and my Patreon site.